Triumph has been around since 1902 but has never won a Grand Prix. That will change soon, with Triumph set to become Moto2’s sole engine supplier 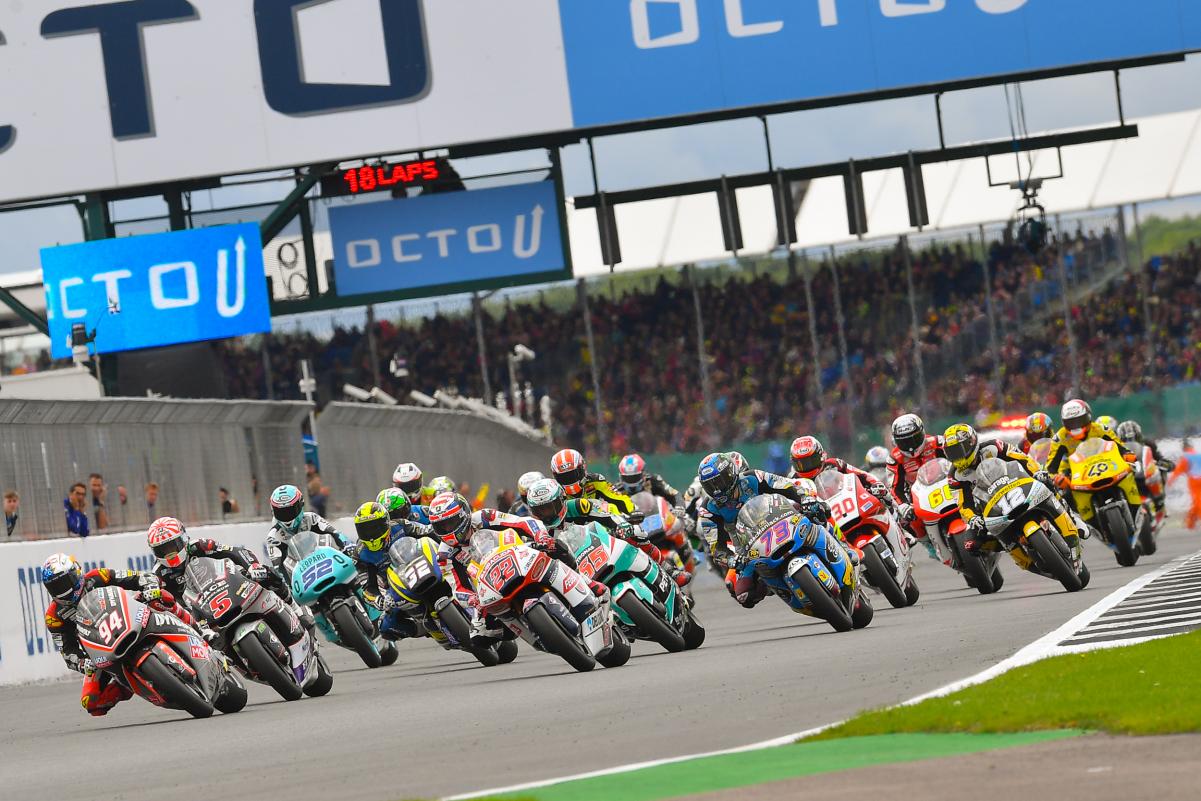 MotoGP looks set to throb to the mellifluous tone of Triumph triples from 2019, when the British brand is expected to take over from Honda as Moto2 engine supplier.

This is good news. Motorcycling needs classic brands shining in MotoGP’s limelight, and there are few older marques than Triumph, which started selling motorcycles (or motor bicycles as they were called back then) 46 years before Honda, 48 years before Ducati, 50 years before Suzuki and 52 years before Yamaha.

Triumph was established in Coventry by German immigrants Maurice Schulte and Siegfried Bettmann, who later became mayor of the city, only to be stripped of his office when the First World War broke out. The company’s first motorcycle was powered by a Belgian Minerva engine, but Schulte soon designed his own three-horsepower single, which was good enough to win the brand the nickname ‘Trusty Triumph’.

Although the Triumph/Dorna deal has yet to be confirmed, strong rumours suggest Moto2 will be powered by a new version of the three-cylinder engine that has helped make the name of the modern Triumph concern.

The old company was as good as dead when construction magnate John Bloor bought the name in the 1980s and created an all new three-cylinder Trident and four-cylinder Trophy. After so many false rebirths by other struggling British marques, few people expected Bloor to make a success of his venture, even when the first bikes left the Hinckley plant in 1990.

At that time I was road-testing bikes, racing and reporting on races. I rushed back from the Dutch TT – where I’d ridden in the F1 support race and written about Kevin Schwantz’s defeat of Wayne Rainey in the 500 GP – to be the first journo to ride a new Triumph through the factory gates in Hinckley. (Fellow tester John Robinson and I cut a deal: he would start his engine first, I’d ride out of the gates first.) I feared the all-new Triumph would be a dud, like every other so-called “British world beater” I’d ridden in that era.

In fact the Trophy 1200 I rode was very good. Almost three decades later some Triumphs are the best bikes in their class, an achievement that would’ve been considered impossible in 1990. Thus the reborn company deserves its chance in the MotoGP limelight.

Honda’s CBR600 has powered Moto2 since its inaugural 2010 season, but the 600 is nearing the end of its shelf life, so the class needs a new engine. Many alternatives were considered, including a return to 250 two-strokes, with a 250cc v-twin version of the Suter 500 V4. 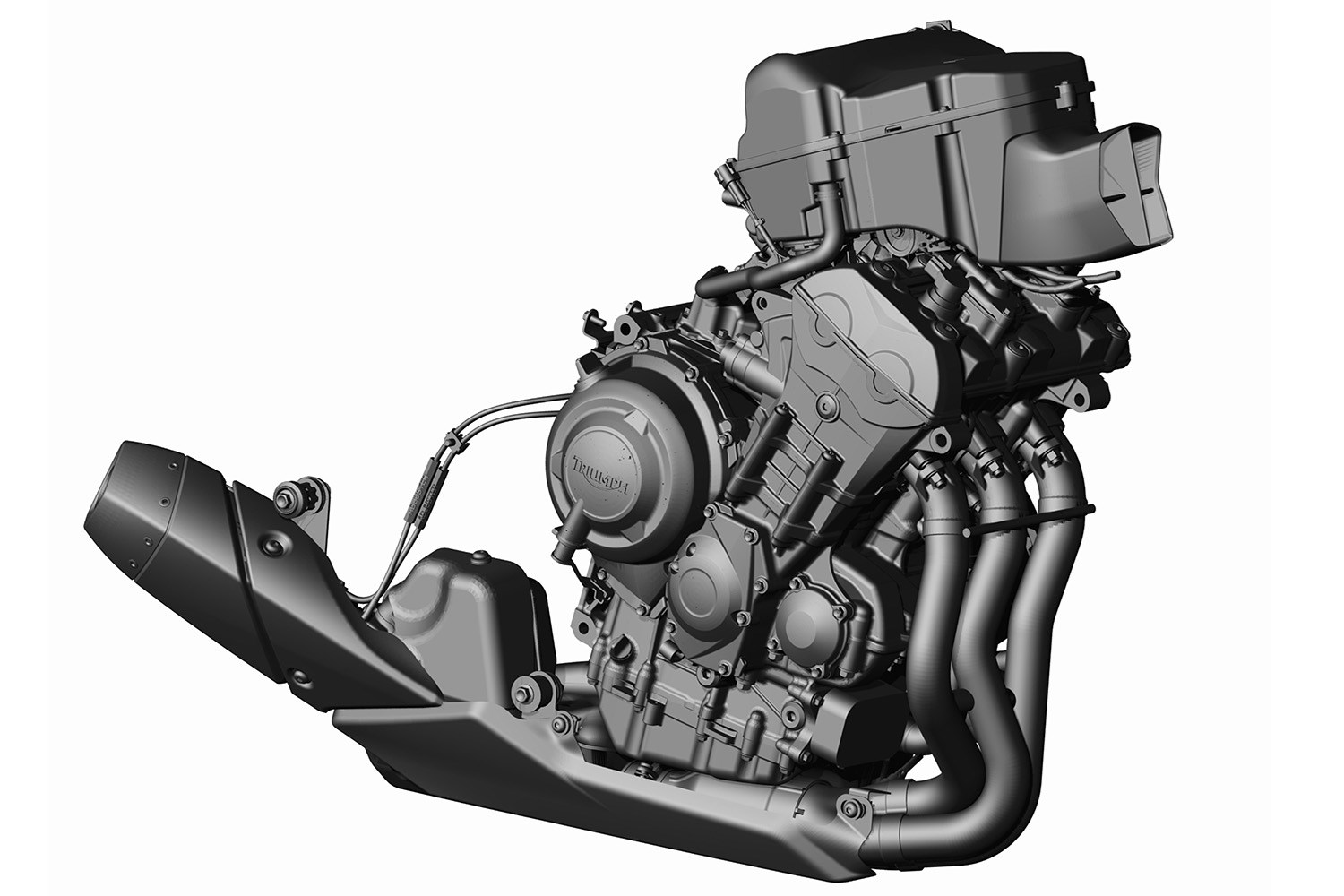 A 750 (in fact 765cc) makes a lot of sense because Moto2’s job is to get riders ready for 260 horsepower MotoGP bikes, so they need to learn to spin the rear tyre and use the throttle to steer. This season Moto2 gets traction control and other rider aids for the first time, because riders also need to learn about electronics before they graduate to the premier class. Traction control isn’t really required by a 125bhp 600 but it will come in handy with a 160 horsepower 765.

The Moto2 deal will be a huge coup for Triumph, but also a major challenge, because the company will need to match the amazing reliability record of the CBR600 (five failures in one million kilometres). Engine maintenance is expected to be carried out by ExternPro, the Dorna-owned company based at MotorLand Aragon and run by Trevor Morris, former crew chief to Nicky Hayden, Niall Mackenzie, Tohru Ukawa and others.

Most remarkable of all is that Triumph has never had a serious go at Grand Prix racing. Fellow British marques AJS, EMC, Matchless, Norton and Velocette have won Grand Prix victories but Triumph hasn’t, because it’s never bothered with world championships.

From the very beginning the company rarely went racing and its attitude became the norm across the British industry in the post-war years, even when racing legends like John Surtees came knocking at the door.

Surtees approached Triumph and Norton for Grand Prix support in the 1950s but both companies rejected him. “We went to see Edward Turner (Triumph managing director) and he said we don’t need to go racing because we can sell all the bikes we make,” recalls Surtees, who ended up joining MV Agusta, where he won seven world titles.

Incredibly, Triumph has scored just one Grand Prix podium in the 68-year history of world championship racing, and that was almost by accident.

In the mid-1960s the company asked legendary engineer Doug Hele to build a bike that could win the Daytona 200, to boost sales in the USA. Hele (pronounced ‘heel’) took the twin-cylinder 500cc T100 (christened thus in the 1930s because it could do 100 miles an hour) and coaxed enough power from the engine to win the 1966 and 1967 200 Milers, beating the Harley 750s. To profit from those successes Triumph sold a special T100 called the Daytona, a model name in use to this day.

And yet still Triumph didn’t want to go Grand Prix racing. Hele was undaunted and managed to squirrel away enough budget to do the occasional race. He certainly couldn’t afford to bring over Gary Nixon or any of Triumph’s well-paid American stars. Instead he used Percy Tait, the factory’s road tester, who covered many hundreds of thousands of miles evaluating Triumph road bikes. 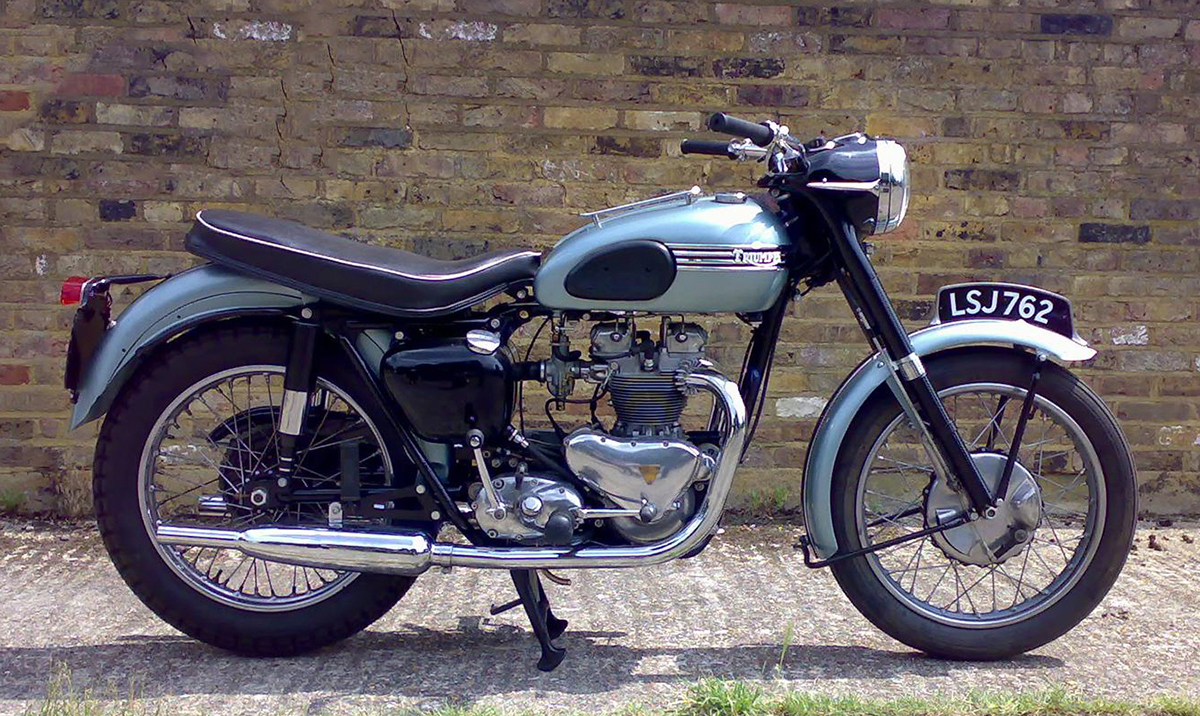 At the Belgian GP at Spa-Francorchamps in July 1969 Tait and Hele’s T100 were good enough to keep Giacomo Agostini and the MV Agusta at bay for several laps. Tait finished the race in second place, making a little piece of Grand Prix history.

This result was further proof of Hele’s brilliance. Sadly, like most British engineers of the era, his genius was never appreciated by management. Hele worked for Douglas, Norton, BSA and Triumph. Over several decades he offered these companies all kinds of clever designs – including desmodromic valves at Norton – but his efforts were invariably greeted with indifference.

“If Doug had been allowed to do what he wanted, and there had been some investment, the British industry would never have stopped,” claims Paul Smart, who raced for Triumph in the late 1960s and early 1970s. “He would design new engines which would go before the board of directors – these funny old boys asleep in their soup – and they’d just reject everything. Oh, they’d say, we’re still selling 650s in the US, so there’s no point investing in a new production line. I remember seeing Doug very depressed at times.”

“Doug lived for bikes,” says Hyde. “He’d ride to work, come in all dressed up, start to disrobe, but then he couldn’t restrain himself from dashing into the drawing room with shirt tails flapping and saying ‘oh, I thought about this or that overnight’. It was that element of enthusiasm. I remember him saying things like ‘I was doing the washing-up last night, watching the water going down the plug hole and I had an idea for a bell-mouth venturi’. He always had a pencil and paper by his bed. A lot of his best designs never came to pass. He designed a Bonnie engine with an extra balancing piston that was stunningly successful, but the whole world was collapsing around our ears by then.”

If Triumph and Dorna tie the knot, so that Triumph wins its first Grand Prix victory in Qatar, just over two years from now, we should all remember some of the names that helped make the company great: Schulte, Bettmann, Hele and Bloor…