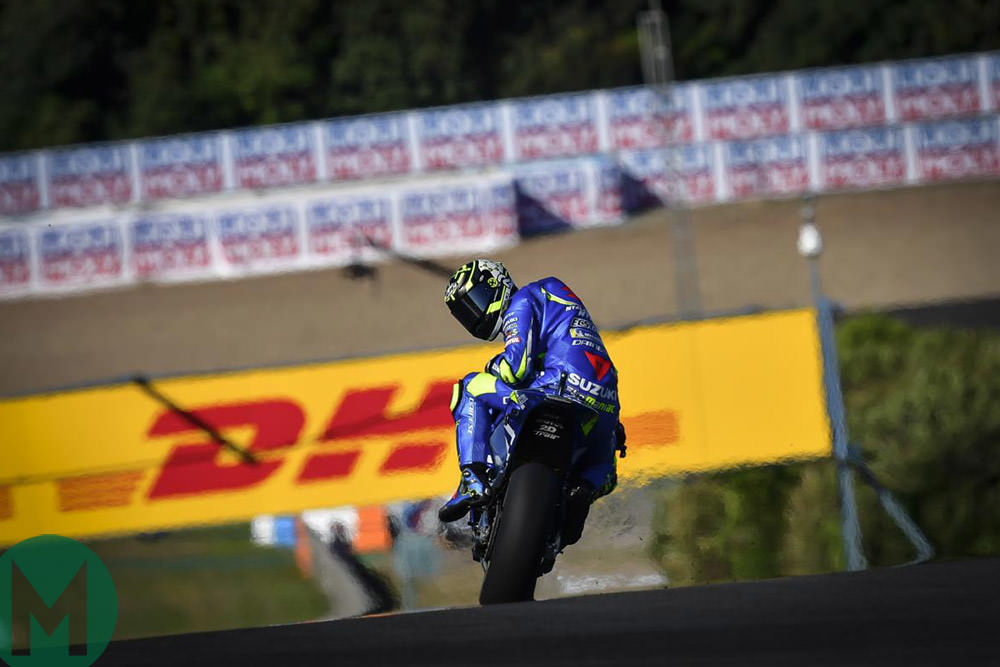 Alex Rins has signed a long-awaited contract extension with Suzuki to remain with the MotoGP squad until 2020. The 22-year-old joined Suzuki in 2017 and currently partners Andrea Iannone for the 2018 championship.

“I’m very happy about this contract renewal. Even when I was still in Moto2, and I was planning to move to MotoGP, it was always the Suzuki project which looked brightest and most interesting in my eyes,” said Rins in a statement.

“My debut last year was complicated; there was my back injury in the 2016 Valencia test, then the ankle injury while training, and finally the arm injury in Austin. So after only two races we had already been through a very tough time, but I always felt the affection and support of Suzuki and the whole team.

“We were able to turn the situation around through being patient, working hard, and being consistent, and finally this year we got the first podium together with my third place in Argentina. But no matter the results, whether good or bad, the mood in the box has always been positive.”

Rins currently sits 12th in the riders’ standings, while team-mate Iannone is fourth. Suzuki, with one seat left, is reportedly eyeing Jorge Lorenzo, with Mat Oxley writing earlier in May that there was a ’30 per cent chance that Iannone will stay with Suzuki’, in his latest MotoGP mutterings.

‘With most of next year’s deals already as good as done, the focus is on Iannone and Lorenzo, who are both working to raise their stock after failing to win any races since 2016. But MotoGP is fast running out of 2019 factory rides. Both Lorenzo and Iannone have a chance with Suzuki. The Spaniard was favourite, but things may have changed since the Italian came good with podiums at COTA and Jerez.’