MotoGP is suddenly all afroth about rudeness and lewdness; but does it really matter? 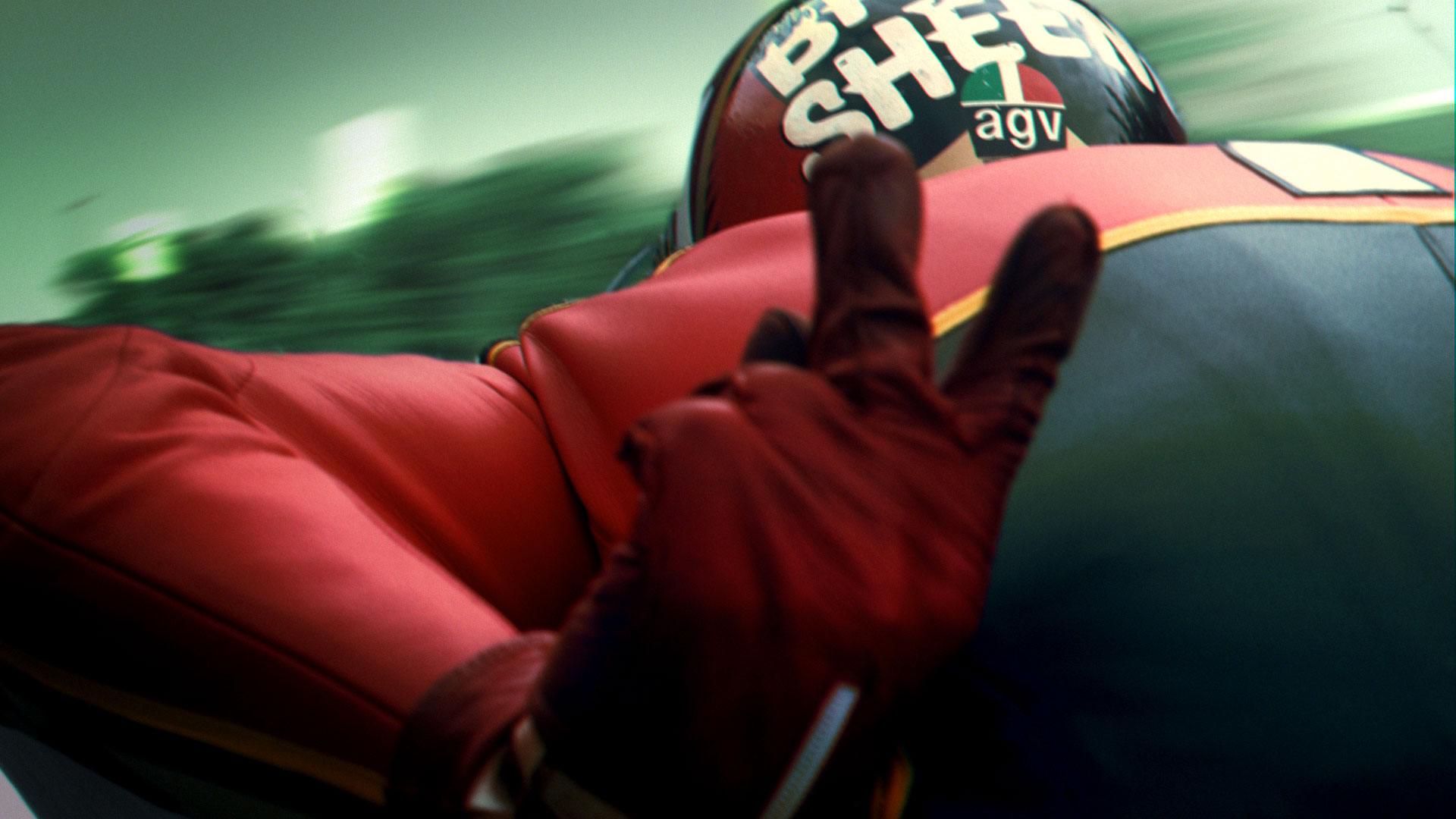 Next week the MotoGP circus heads to Japan, possibly the politest nation on earth, so this may be a good time to investigate MotoGP’s new penalties created to stop riders being rude to each other.

In fact, there’s no specific new rule that punishes riders for making obscene gestures, but there’s a catch-all in the disciplinary code of the MotoGP regulations.

“The FIM has the authority to penalise riders, team personnel, officials, promoters/organisers and all persons involved in any capacity in the championship for any corrupt or fraudulent act, or any action prejudicial to the interests of the sport.”

The first rider punished for acting in a manner “prejudicial to the interests of the sport” was Nicolo Bulega, who was fined 300 Euros for ‘flipping the bird’ at Jorge Martin during Aragon Moto3 practice (below).

Following Bulega’s punishment I visited the FIM’s permanent MotoGP steward Bill Cumbow in Aragon Race Control. First, I shook my fist at him and then I flipped him the bird. He said the first was fine, the second not so much.

Next I asked him if the 2017 FIM regulations will include a guide to the full range of international offensive gestures, their meanings and penalties incurred. “No,” he grinned. “I think everyone understands where we want to draw the line.”

But do we? I can see both sides of the argument. I know motorcycle racing is a mean, nasty, vicious sport, so tempers flare and fingers get flicked. And anyone who believes that such behaviour will damage the sport, scare away sponsors and corrupt children is living in the 18th century, which incidentally, was a much ruder, lewder place than the 21st. 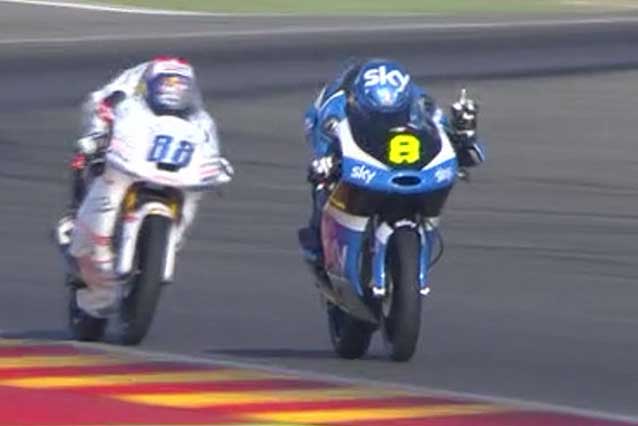 Today’s kids are exposed to violence and all kinds of other dodgy stuff wherever they look. I think there’s more unpleasantness in one episode of EastEnders than there is in a whole season of MotoGP (with one exception, of course). I also feel there’s a difference between competitors gesticulating on a football pitch and on a racetrack: a hostile face contorted in rage and hatred can cause a lot more offence than a finger or two; dark visors hide a multitude of sins.

Also, in racing there’s the not so insignificant factor of danger. If you ride a bike on the road you’ll be familiar with that feeling of rage when a car pulls out on you – it’s like they’ve pointed a gun in your face. It’s the same when a rider gets cut up on the racetrack – he’s filled with anger and that feeling needs to be vented. That’s why the occasional (and they are occasional) V-sign or bird just doesn’t bother me.

MotoGP Race Director Mike Webb feels the same. “I think we’ve got more important things to worry about. What I’ve always told the riders is that I don’t care if you wave your fist or whatever, but if you touch another rider there will be a strong sanction. But this new action has been forced on us by the FIM…” 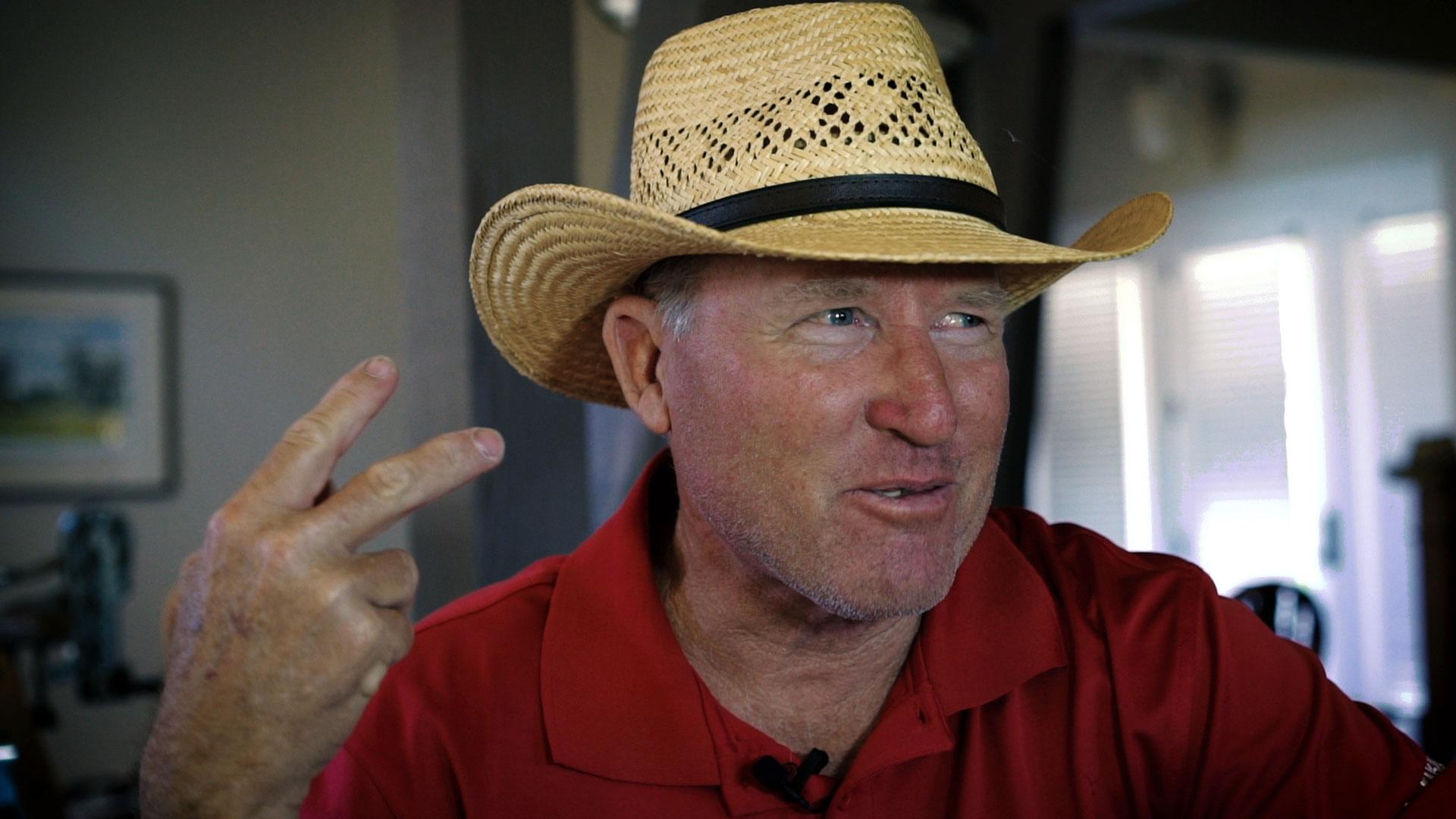 It’s not only the FIM who want to sanitise motorcycle racing and this trend is nothing new. Many years ago I wrote press releases for Team Roberts. One day ‘King’ Kenny told me, “We’ve got some new stuff from Yamaha: new cylinders, new pipes…” The release was published later that day and the team’s sponsor rep wasn’t happy: “Hey,” he said. “We can’t have Kenny saying words like ‘stuff’!”

What these marketing people wanted Roberts to say was something like this; “we are delighted to have received some new hardware from Yamaha for which we thank them profusely and we will endeavour to achieve the best possible result.” In other words, suck the realness out of everything.

So there’s always been that pressure to transform bike racing from a dirty, alternative sport into a refined, mainstream money-spinner; just another stop on the summer party circuit for the Dom Perignon set: from Wimbledon to the Manhattan Polo Classic, then onto St Tropez and Mugello…

It’s funny, because right now a biopic is being made about Barry Sheene. The movie teaser trailer (available at bottom of page) focuses on the notorious moment when Sheene flicks a V-sign at Kenny Roberts during their epic Silverstone duel in 1979.

The race was shown live on the BBC, with commentator Murray Walker screaming, “Look, Sheene is waving at Kenny Roberts!”. No offence was meant, none was taken and the world kept on turning.

In fact, Sheene was only returning Roberts’ earlier gestures, which had less to do with bad manners than lap times. As the race entered its closing stages, neither rider was keen to lead, which allowed Dutchman Wil Hartog to catch up.

“That’s why I motioned to Barry: get your ass in gear or they’re gonna catch us,” Roberts recalls. “When Barry gave me the bird it made me chuckle because people hadn’t seen me waving at him saying, fuck, let’s go asshole!”

The fact that this moment is still celebrated suggests that the FIM really is getting its knickers in a twist about nothing.

And discourtesy isn’t new in motorcycle racing, a sport mostly populated by alpha males prone to bad behaviour. Back in the supposedly gentler days of the 1950s and 1960s when riders wore pudding-basin helmets, exposing their faces to the elements, there was a much meaner way of showing your dissatisfaction with a rival: you didn’t flip him the bird; instead you waited till you got to a hairpin and then you spat in his face. The only difference was that such crimes weren’t beamed around the world on live TV and then replayed in slow-mo from every angle.

For many years the FIM has considered itself the moral guardian of a sport that has long been in the grisly grasp of Mammon (but of course it was the FIM who flogged GP racing to the highest bidder).

At Suzuka 2001 Valentino Rossi flipped Max Biaggi the bird, so FIM President Francesco Zerbi wrote an open letter to the pair: “to reproach you both, to invite you to control your actions, without taking anything away from your fighting instinct and the sporting qualities that a true champion shows to the world.”

Yeah, right. A few weeks later Rossi and Biaggi used their “fighting instinct” to full effect by boxing each other’s lights out after the Catalan Grand Prix.

The current FIM President is philosophy graduate Vito Ippolito, son of Andrea, who established the Venezuelan Yamaha importers Venemotos, who brought world champions Carlos Lavado and Johnny Cecotto into GP racing. Vito was team manager and his dad didn’t always abide by the strictest moral codes when they went racing.

In March 1978 Venemotos entered Lavado for the youngster’s first Grand Prix at San Carlos, outside the Venezuelan capital Caracas. They had high hopes of victory.

But, of course, there would be some heavy competition, mostly from Kawasaki who were embarking on their first full attack on the 250 world championship. Somehow Ippolito had to blunt their challenge.

Kawasaki mechanic Stuart Shenton takes up the story. “We went to the Caracas airport customs warehouse with our carnets, only to be told: very sorry, your motorcycles aren’t here, we don’t think they ever arrived. We made phone calls, sent telexes and, yes, the bikes were on the plane. We had a local guide from Kawasaki who was driving us around. He said if they’re not here, someone’s taken them and he knew who.

“We got back in his car, the guy reached under the seat, pulled out a gun, checked it was loaded, put it on the dash and said, let’s go and get the bikes. We said, is there going to be any shooting? He said, well, there might be. It was a bit like a film scene. He drove us down the back streets of Caracas and into this compound with the horn going, waving the gun out of the window. I guess we were lucky he had more front than the others. This was the yard of Ippolitos, and sure enough, hidden away in a corner were our crates…”

So much for moral guardianship…