Aprilia will be the only factory to unveil a completely new MotoGP bike at the first 2020 pre-season tests, thanks to parent company Piaggio Group investing extra cash into the project 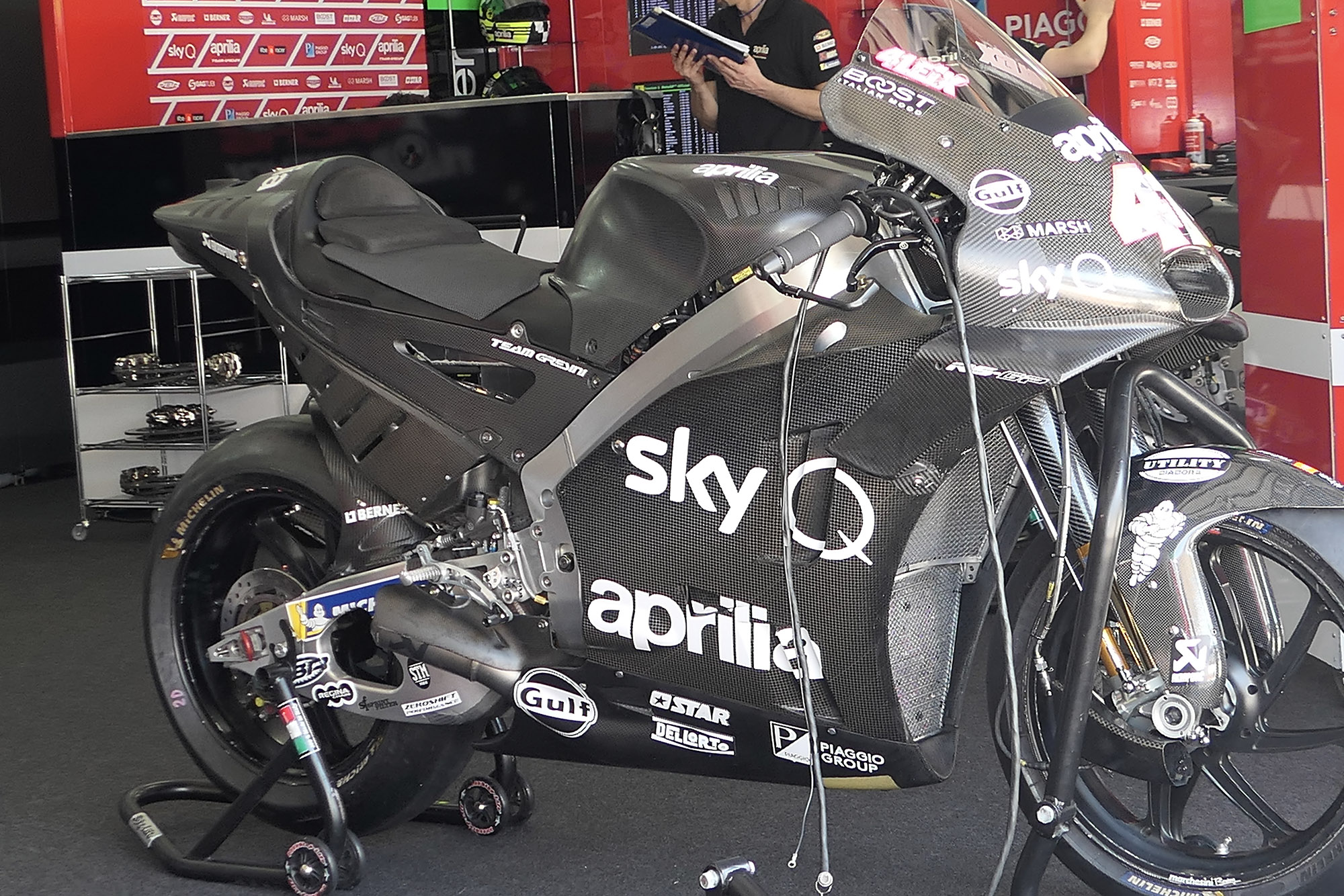 No one has more work to do in 2020 than Aprilia. MotoGP’s smallest factory scored more points last season but fell further behind its closest rival, KTM. Which is why it will have an all-new RS-GP engine and chassis for the new season, with increased financial investment from parent company the Piaggio Group.

Aprilia won’t reveal the exact spec of the new bike, but it seems likely that it will be powered by a 90-degree V4 engine, imitating the configuration of the dominant Honda and Ducati machines. Since 2016 Aprilia has used a 75-degree V4 but, however hard its engineers have tried. they’ve failed to get enough performance from the engine.

A 90-degree vee is longer than a 75-degree vee, but that’s not stopped Honda from building a very compact motorcycle. The advantage of the 90-degree V4 is all-round better engine performance, not only in acceleration but also in deceleration, thanks to optimal firing configurations, reduced friction and better balance, which does away with the need for a power-consuming balance shaft.

Aprilia chief engineer Romano Albesiano refuses to confirm the 90-degree layout. All he will say is that the new vee angle is wider than the old vee; but why would he use anything else than a 90-degree configuration, considering the success enjoyed by Honda and Ducati with their 90-degree V4s?

“The new engine offers more possibilities for using different firing orders which will allow us to get more power and to have more efficiency in the management of engine braking,” says Albesiano. “Also we have redesigned the engine to make the crankshaft much more compact, so overall the engine is really new and should give us forward steps everywhere.”

The new engine ran on the dyno for the first time earlier this month and Albesiano predicts a ten per cent power increase over the 2019 unit. If this takes the RS-GP from around 255 horsepower to 280 horsepower then the new bike should have competitive straight-line performance. 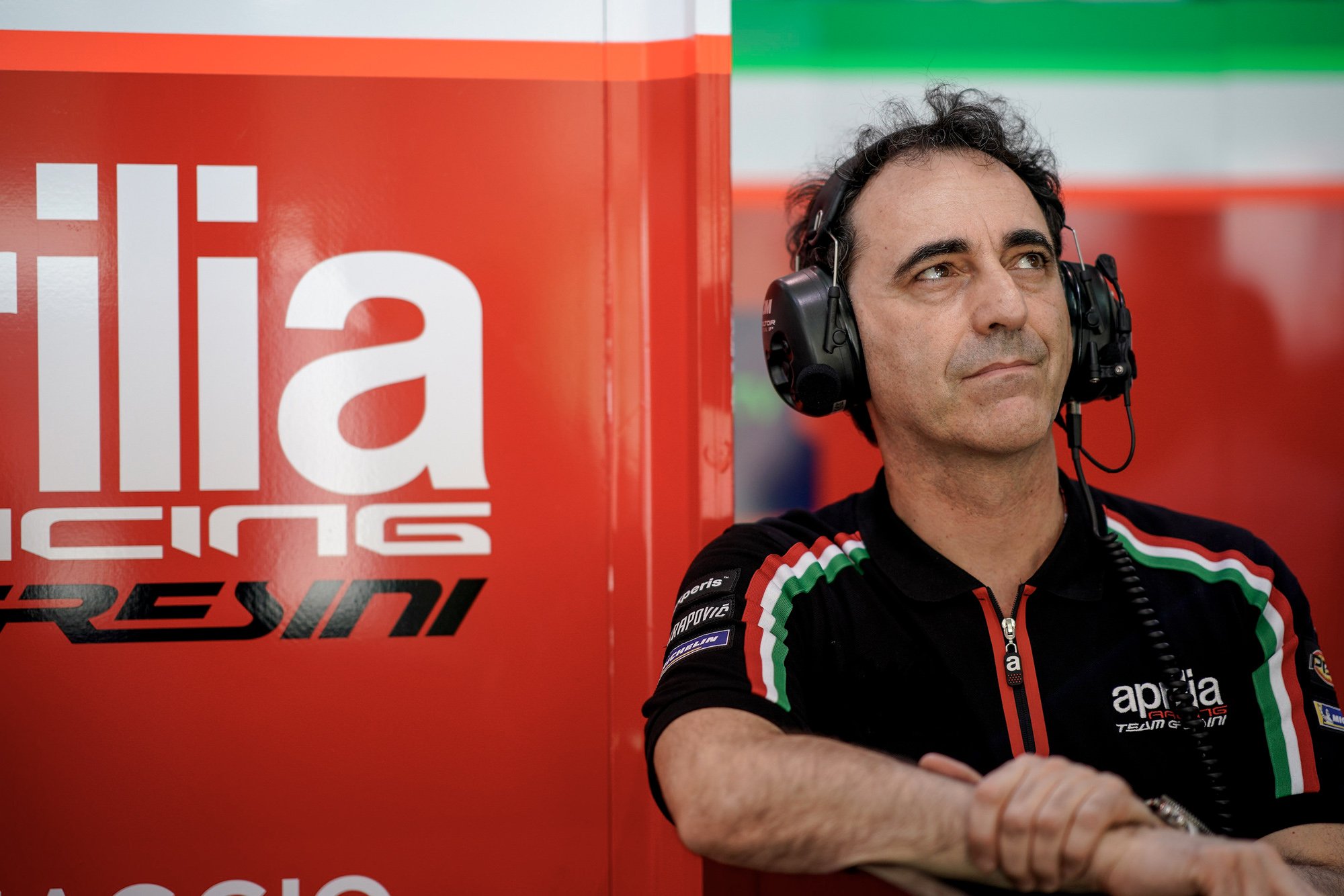 In MotoGP engine-braking performance is very nearly as important as acceleration out of corners because Michelin’s front isn’t as strong as the Bridgestone front, so riders need to use the rear tyre to stop the bike much more than they did in the Bridgestone era.

Last season, one of the biggest problems encountered by Aprilia riders Aleix Espargaró and Andrea Iannone was getting the RS-GP stopped in a straight line, due to ineffective engine-braking. The factory’s best result was Espargaró’s seventh-place finish at Aragon, where the twisting layout has riders braking into corners already leaning over, so straight-line braking isn’t required around most of the lap.

The RS-GP new engine, with a more effective exhaust valve, again thanks to the 90-degree configuration, should make this problem a thing of the past.

“I’m used to seeing empty desks in our offices but now all the desks are full, so things are really changing.”

The other area where Aprilia really needs to improve is electronics.

“Our traction is a disaster, so we have no acceleration at all,” said Espargaró last season. “This can be a combination of power delivery, chassis geometry, settings and electronics, but most of all I don’t think our traction control works very well.”

When Iannone arrived at Aprilia at the end of 2018 – after four seasons with Ducati and two with Suzuki – he was stunned by the poor quality of the RS-GP’s electronic controls. The Italian suggested that Espargaró’s lack of experience with cutting-edge electronics might explain Aprilia’s lack of progress in this area.

“Aleix is a really good rider but he started in MotoGP with CRT [powered by street engines] and Open bikes, without proper electronics,” said the Italian. “Then he was with Suzuki in their first year back in MotoGP, when they didn’t have great electronics. When I first rode the RS-GP I was surprised: guys, this is not a MotoGP bike! A MotoGP bike is like this and this and this. Since then we have improved the electronics.”

Espargaró doesn’t deny Iannone’s theory. “Andrea is right – I’ve never tried that kind of electronics,” he added. “He says you cannot believe how good the Ducati’s electronics are.”

Aprilia is investing a lot of time money on improving its electronics. The factory has signed a former Ferrari Formula 1 electronics engineer who previously worked at Aprilia, and has re-signed another electronics engineer, who Suzuki stole from the Italian factory a few years ago.

The factory has also hired a Ferrari aerodynamicist. “We expect a good step in electronics and in aerodynamics,” adds Albesiano. “We are now stronger in all departments. Piaggio is putting a much bigger effort into the project from 2020. I’m used to seeing empty desks in our offices in Noale but now all the desks are full, so things are really changing.” 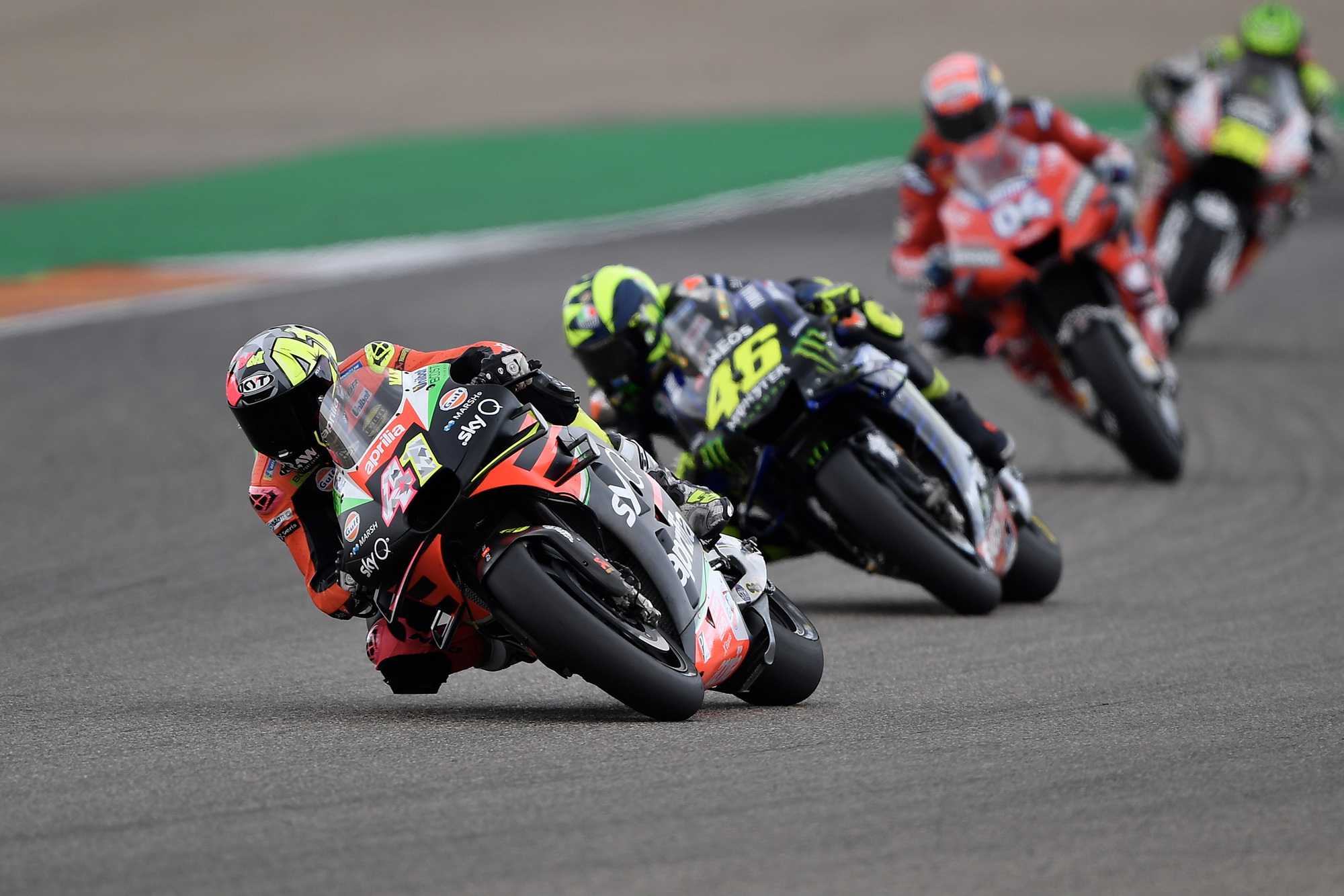 Aprilia has an interesting history in the premier class. The factory built its first 500 GP bike after its giant-killing successes in the 125cc and 250cc world championships in the early 1990s. The bike used an enlarged 250cc v-twin engine. The project ran from 1994 to 2000, with several podiums but no victories.

In 2002 the two-stroke twin was followed by the line-triple RS Cube MotoGP bike, which became the first MotoGP bike to crack the 200mph barrier at Mugello in 2002. However, the Cube (powered by a Cosworth-designed engine) was never competitive and the project was shut down at the end of 2004

Aprilia returned to MotoGP in 2012 with a CRT bike, using its RSV4 World Superbike engine. In 2015 the first RS-GP arrived, still powered by an RSV4 engine. The following year the bike became a full MotoGP machine, with a prototype 75-degree V4.

The 2020 RS-GP will have its first track outing at Sepang in February, where Aprilia will have two bikes to be ridden by test rider Bradley Smith in the shakedown tests, before the factory’s full-time riders get to ride the bikes from February 7 to 9.

Smith and Espargaró will be at Sepang. We don’t yet know about Iannone, who is provisionally suspended from riding for alleged use of anabolic steroids, which the World Anti-Doping Agency says increase testosterone levels in the body, thereby improving muscle strength and endurance.

Iannone’s possible exclusion from the 2020 championship (and beyond, because steroid usage usually carries a four-year ban) gives Aprilia another headache. Should Albesiano and Aprilia Racing CEO Massimo Rivola promote Smith to full-time MotoGP duties, or look for someone else?

Latest information suggests that sacked Avintia Ducati rider Karel Abraham will take Iannone’s place at Sepang, if the Italian’s ban is upheld following analysis of his B sample in the next week or so. If the B sample gives a negative reading, Iannone’s provisional suspension will presumably be lifted with immediate effect.