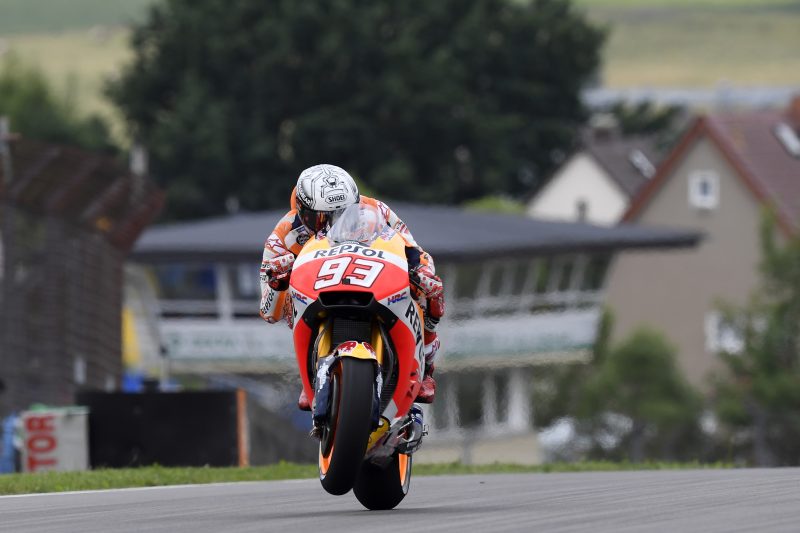 MotoGP is at Sachsenring for the Motorrad Grand Prix Deutschland, and Mat Oxley will be taking your questions about all the big talking points.

It’s a circuit Marc Márquez likes, having won every race he’s contested at the Sachsenring since 2010, but he hasn’t scored victory in MotoGP since COTA in April. Valentino Rossi won last time out to drag himself back into the title race, but his weekend has been hampered by reliability problems.

It’s the last MotoGP before it takes a month’s break ahead of the Czech GP in August.

Our MotoGP reporter Mat Oxley will answer your questions from the paddock, simply post in the comments below.