MotoGP’s most historic venue has a habit of dramatically affecting the title chase, but never more so than in 1992

The Dutch TT (it’s the only non-Manx motorcycle race licenced to use the Tourist Trophy moniker) has a long habit of throwing a spanner in the works of ambitious racers.

Just ask reigning MotoGP champ Jorge Lorenzo. Assen helped derail both his previous title defences – in 2011 he was taken out by Marco Simoncelli and in 2013 he fell in practice and broke a collarbone. Hopefully he’s not the superstitious kind who believes that bad luck comes in threes. 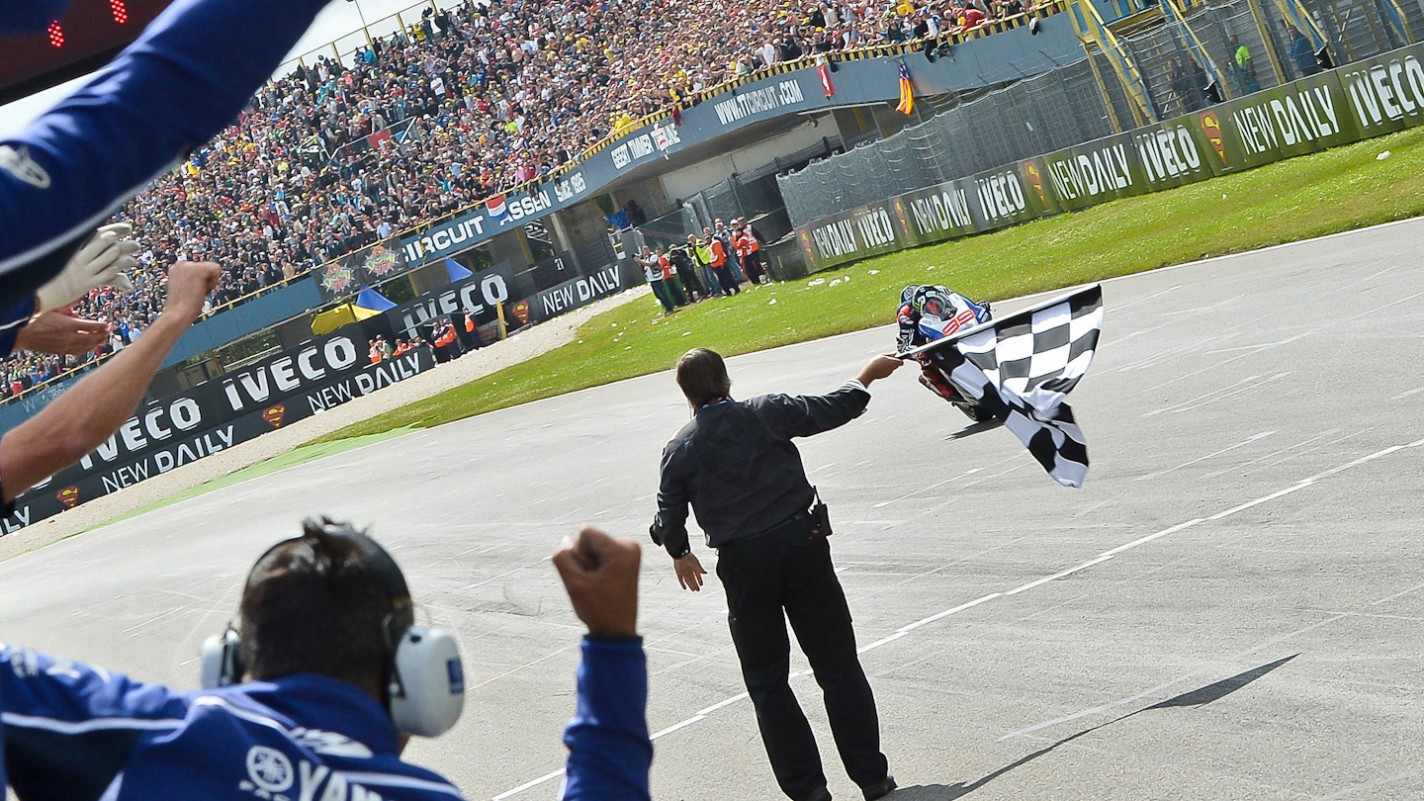 Valentino Rossi has also known Assen’s cruelty. In 2006 he fell during practice and broke a wrist and an ankle. It was the beginning of the end for his hopes for a sixth consecutive title.

There are plenty more tales of cruel luck at the Circuit van Drenthe (to give the track its official name), but none more so than the story of what happened at Assen in June 1992, when the Dutch TT turned into some kind of surreal MotoGP disaster movie. And then something happened at the end of the weekend that signalled the start of a transformation of the GP landscape.

The weekend started going awry even before it got serious. Wayne Rainey parked his Marlboro Yamaha after a few painful laps in first practice, drove to Amsterdam and flew home to California. The reigning world champion was still suffering the after-effects of a horrific highside during the previous German GP at Hockenheim. He had realised he needed to “listen to my body” and so he effectively gave up his fruitless pursuit of Mick Doohan’s Honda NSR500, a pretty much unbeatable combination with the NSR’s all-new big-bang motor.

Doohan had won five of the first seven races and finished second in the other two, so he led the title chase by a gaping 52 points. At Assen people were discussing when he would wrap up the crown – with four races to spare seemed the most likely outcome.

Final practice undid all that (no qualifying in those days). Doohan went out to chase down Eddie Lawson who was on pole on the Cagiva: two laps to run in a new set of pistons (my, how things have changed), then he went for it. Exiting the first turn – a long way further down the road from the first corner of the current, emasculated Assen – the rear tyre lit up and Doohan was flicked off. He slid down the road at 100mph with the bike on top of him. “It was getting warm, so I tried to spin my body around.” Everything moved, except his lower right leg, which sustained spiral fractures. 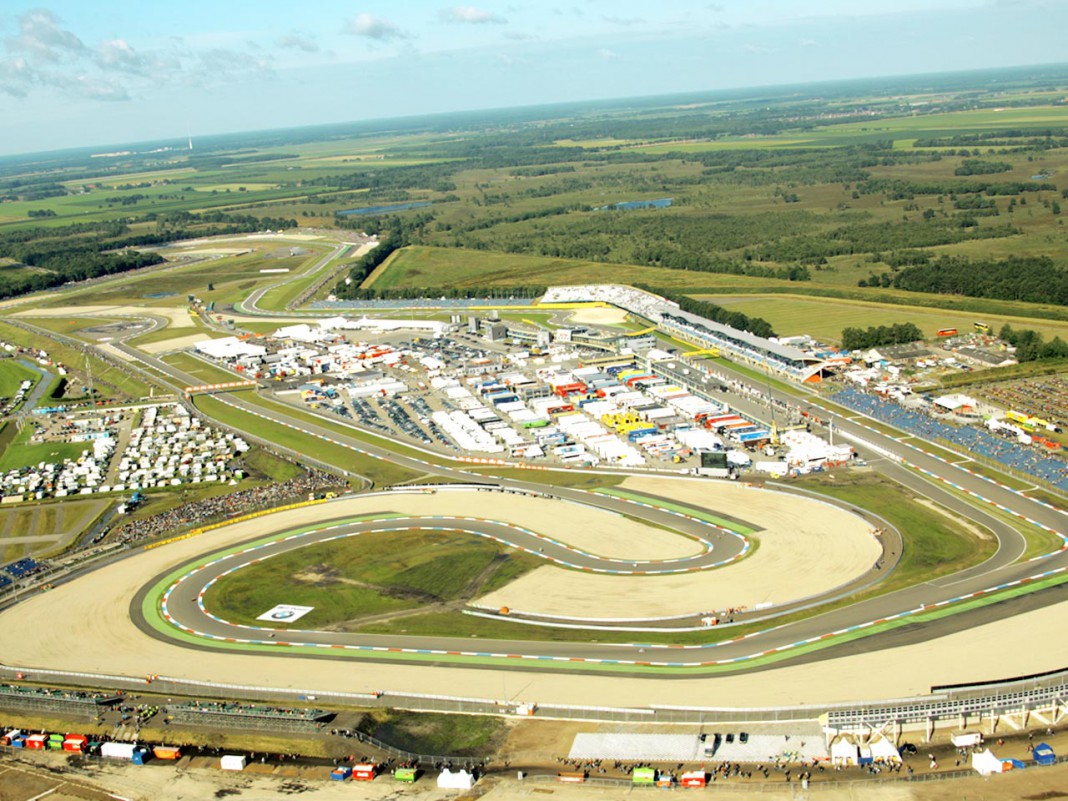 Doohan and Gardner were in the worst shape. Gardner was knocked unconscious. He woke up in hospital while undergoing a brain scan, convinced he was dying. He decided then and there to retire from bike racing, which he did at the end of the season.

Doohan wasn’t in bad shape; yet. A good surgeon would have fixed him up in no time and he probably would’ve been able to return to racing without losing his points lead, but he went under the knife with a local surgeon who didn’t know what he was doing. Within days the local hospital was considering amputating the rotting limb.

Rainey, Doohan and Gardner were all out before the race had even started, which gave Schwantz a clear shot at winning the title, even if he didn’t know yet that Doohan would be out for so long. The Texan fought for the lead with Lawson, until the pair collided, both barrelling into the hay bales, Lawson ending up in an Assen dyke, Schwantz suffering a broken arm and dislocated hip. That was his title chance gone. The pair have barely spoken to each other since.

Every one of the American/Australian superheroes was now out, but there was still a race to win. Victory went to former 125 world champion Alex Criville, but the title finally went to Rainey at the last round, by just four points from Doohan, who had made a heroic comeback with two races to go. His right leg – which Dr Claudio Costa had saved by sewing it to his left leg – was still a complete mess. It was so numb he didn’t even know when it slipped off the footpeg. 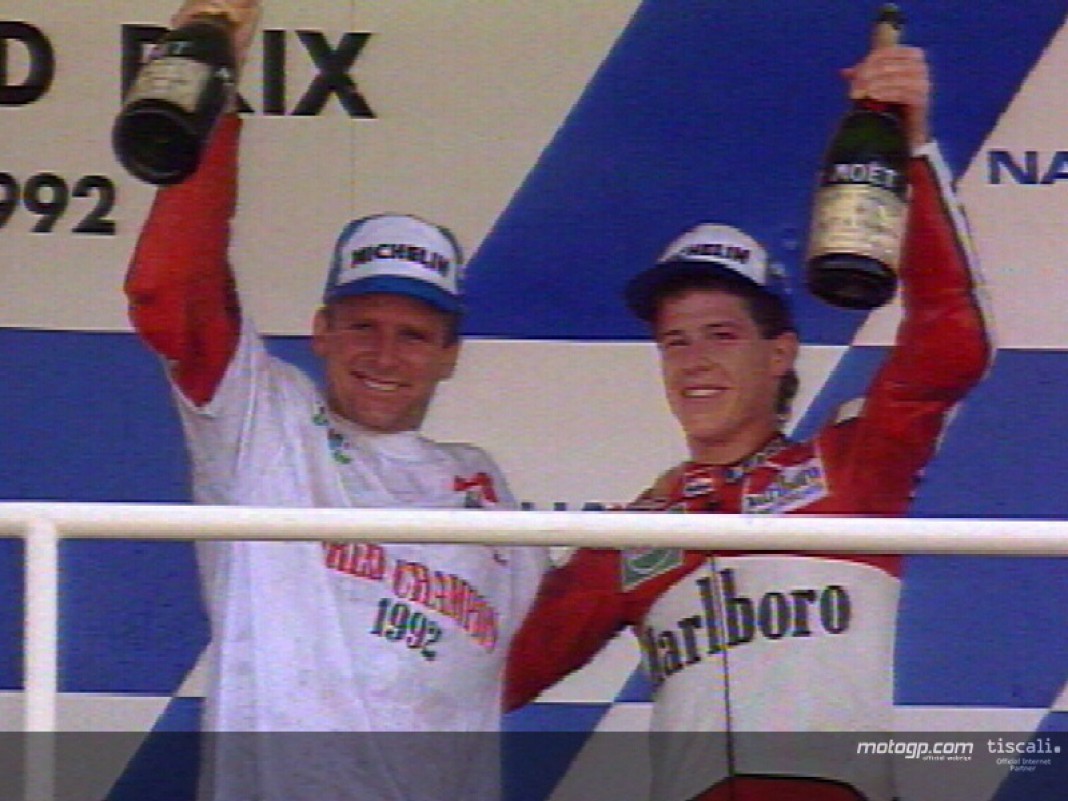 But what about the transformation of the GP landscape? Incredibly, Criville’s Assen victory was the first dry-track 500 win by a non-American/Australian since Franco Italian Uncini and Japanese Takazumi Katayama won the British and Swedish GPs in August 1982.

Criville’s debut 500 success was the beginning of the end for bike racing’s era of American and Australian domination. Technology was at the heart of this transformation: most importantly the introduction of the more rider-friendly big bang engine, plus better front tyres, allowed Europeans to use the corner-speed technique they had learned on 125s and 250s.