This season Marc Marquez will use a new engine configuration, inspired by Honda’s first big-bang GP bike of the early 1990s 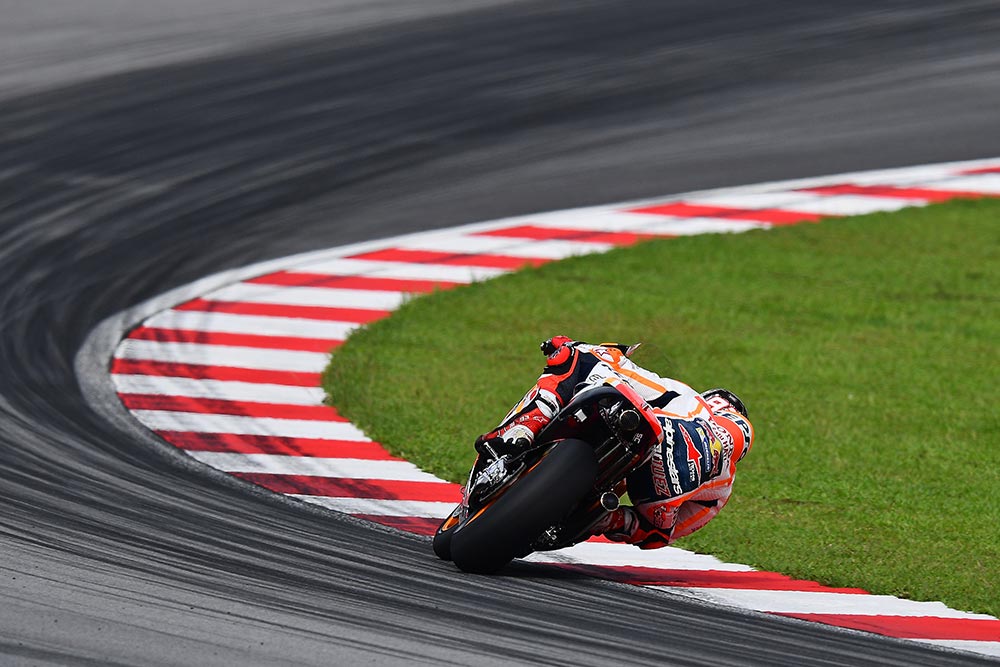 Many moons ago I used to buy a plane ticket to Tokyo every November and then a bullet-train ticket to Suzuka, where HRC would let a few of us ride its GP bikes around Soichiro Honda’s magnificent figure-of-eight circuit.

On the very first lap of my first visit in 1989, Eddie Lawson’s title-winning Rothmans Honda NSR500 flew into a blood-curdling tank-slapper down the back straight, flat-out in sixth gear. I pulled into the pits, where an HRC mechanic fussed around the front of the bike, then grinned widely as he turned the steering damper up to maximum and sent me on my way. No more tank-slappers but now the NSR turned like an oil-tanker. And Lawson won the world title on this bike. Some achievement.

I returned in 1990 and 1991 to enjoy slightly less terrifying outings on the next two NSR500s.

In 1992, everything changed. The NSR was no longer the scariest rollercoaster ride of your life; instead it was like the sweetest road bike you’d ever ridden, with 160 horsepower and 130 kilos.

Changing the combustion timing didn’t merely change power delivery, it transformed the way the motorcycle handled, steered and everything else.

“HRC realised that handling isn’t just a chassis deal,” said ace tuner Erv Kanemoto at the time. “The change to a 180-degree motor made the traction better and changed the steering. The next step was the big bang. Honda improved the handling immensely, just by changing the engine character.” 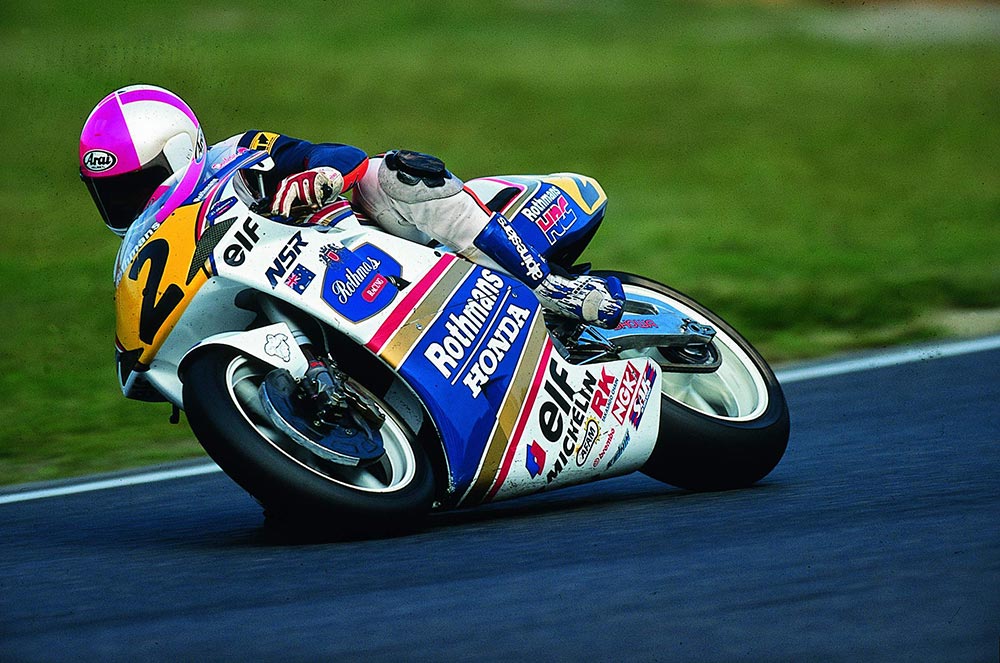 Now, a neat quarter of a century later, HRC has gone big bang once again. Back in 1992 HRC engineers needed to tame the NSR’s two-stroke power delivery. Now they need something different because their experience of Dorna’s same-for-all software last year told them it isn’t clever enough to tame a screamer RC213V engine.

So far it seems to be working. At Phillip Island last week, Repsol Honda riders Marc Marquez and Dani Pedrosa and LCR Honda’s Cal Crutchlow made it three RCVs in the top five, with Jack Miller ninth, ahead of Valentino Rossi and Andrea Iannone.

Miller was a bit more direct than Kanemoto in his assessment of how a big-bang engine changes the dynamics of a motorcycle.

“I notice it here, really a lot,” said the Australian at Phillip Island. “Especially turn 10 to turn 11 [the MG right-hander to the next left], where you’ve got two gear shifts and a change of direction at the same time. It definitely feels a lot better there. It’s just a smoother engine and seems a lot more user-friendly. It’s more calm for the rider and you can focus more on hitting the lines, rather than battling to keep the bike in a straight fucking position!”

Factory HRC men Marquez and Pedrosa used a newer-spec engine at Phillip Island, with Marquez still adjusting to the big-bang concept, just like Mick Doohan had to in 1992.

“At the first few tests I was quicker with the 1991 NSR,” said Doohan. “It wasn’t until our last test that the new bike was faster. Wayne [Gardner] liked it more than I did because it suited his style. He didn’t carry any corner speed and the big-bang motor let him do what he wanted – park the bike in a turn, pick it up and give it a handful. The old motor wouldn’t accept that.”

An RC213V is very different from an NSR500, but the big-bang concept is essentially the same with both bikes. It bunches the explosions closer together to create a lazier vee-twin kind of power which creates less wheelspin because the bigger power pulses increase load on the rear tyre to improve grip, then the pause before the next salvo allows the tyre to settle down and get ready for the next push. Big-bang engines also cause fewer wheelies, save the tyre and generally make a motorcycle less demanding to ride, especially over race distance.

So a big bang must be a win, win, win, win, right? Yes, but in racing there is good and bad in everything; it’s all about compromise. More evenly spaced firing-order engines do have their advantages: most importantly more peak power and lower fuel consumption, a vital factor a few years ago when MotoGP bikes raced with 20 per cent less fuel than they have now. Also, most of their downsides could be mollified with clever electronics programmes, but no longer, due to unified software.

Yamaha went big bang in 2004, transforming its inline-four YZR-M1 into a pretend V4. Chief engineer Masao Furusawa had his own theory about the technology; that a big-bang configuration cancels out inertia torque, the effect of the crankshaft decelerating and accelerating during each stroke, which spoils the rider’s feel for what’s going on at the rear tyre.

Now there is only one factory running a screamer engine in MotoGP – rookie brand KTM. The Austrian company’s engineers say they are delighted with the engine character of the RC16 engine, but for how long? Bradley Smith and Pol Espargaro, both accustomed to the rider-friendly ways of Yamaha’s M1, are a bit wide-eyed about the KTM engine, the Spaniard talking about having to “tame the beast”. Time will tell if KTM makes the engine succeed with Dorna’s electronics.

Although HRC introduced the big-bang GP bike in 1992, the concept wasn’t new. Suzuki tried the same idea with its RG500 in 1979 but the engine kept breaking gears and primary drives, because the closely bunched power pulses dramatically increase strain on engine parts. That was the same in 1992, when Kevin Schwantz crashed out at Donington GP, then grabbed a marshal’s oil flag to warn others of the oil spillage that had brought him down. That oil came from John Kocinski’s big-bang Marlboro Yamaha YZR500, which had blown its engine.

The big-bang concept was first used during the 1950s on the American dirt-track scene, where engineers retimed Harley v-twins to fire both cylinders 45 degrees apart, to get the rear tyre to hook up better.

Seems that both MotoGP riders and engineers are still learning from the world of oval racetracks and steel shoes.