Any talk of Fabio Quartararo winning the 2020 MotoGP world title is hugely premature, because things can change more instantly and more drastically in motorcycle racing than in just about any other sport. Just ask Marc Márquez, Mick Doohan, Wayne Rainey and many, many more.

Quartararo goes into this weekend’s third of (hopefully) 14 races enjoying a 10-point advantage over Maverick Viñales and a 24-point lead over Andrea Dovizioso. He is also 50 points in front of Márquez. Until yesterday this wasn’t an insurmountable disadvantage for the reigning world champion, who won last year’s title by 151 points, but yesterday’s second operation to fix his right humerus surely changes that. Then again, you can never tell with these people.

Quartararo has a Yamaha contract and rides a factory YZR-M1 0WW7, but he rides for the independent Petronas SRT squad. If the 21-year-old does take the 2020 premier-class crown he will become the first Frenchman to do so, but he won’t be the first non-factory team rider to do so.

The first 27 500cc world championships, between 1949 and 1977, were all won by full-factory riders riding full-factory bikes for full-factory teams: AJS, from South East London in Britain, Gilera, near Monza in Italy, Norton, from Birmingham in Britain, MV Agusta, from Cascina Costa in Italy, Yamaha, from Iwata in Japan, and Suzuki, from Hamamatsu in Japan.

The first non-factory rider to win the 500cc world title was ‘King’ Kenny Roberts and his story is the best of them all. In 1978 Roberts arrived in Europe to take on Suzuki’s Barry Sheene, who had dominated the previous two championships. No one in Europe expected Roberts to win the title at his first attempt.

Roberts did not have a contract with the Yamaha factory. His deal was with Yamaha USA, who supplied him with one factory-spec OW35 500, one TZ250 for 250 GPs and one 0W31 for the F750 world championship. In effect, Roberts’ job for 1978 was to contest the MotoGP, Moto2 and World Superbike championships! 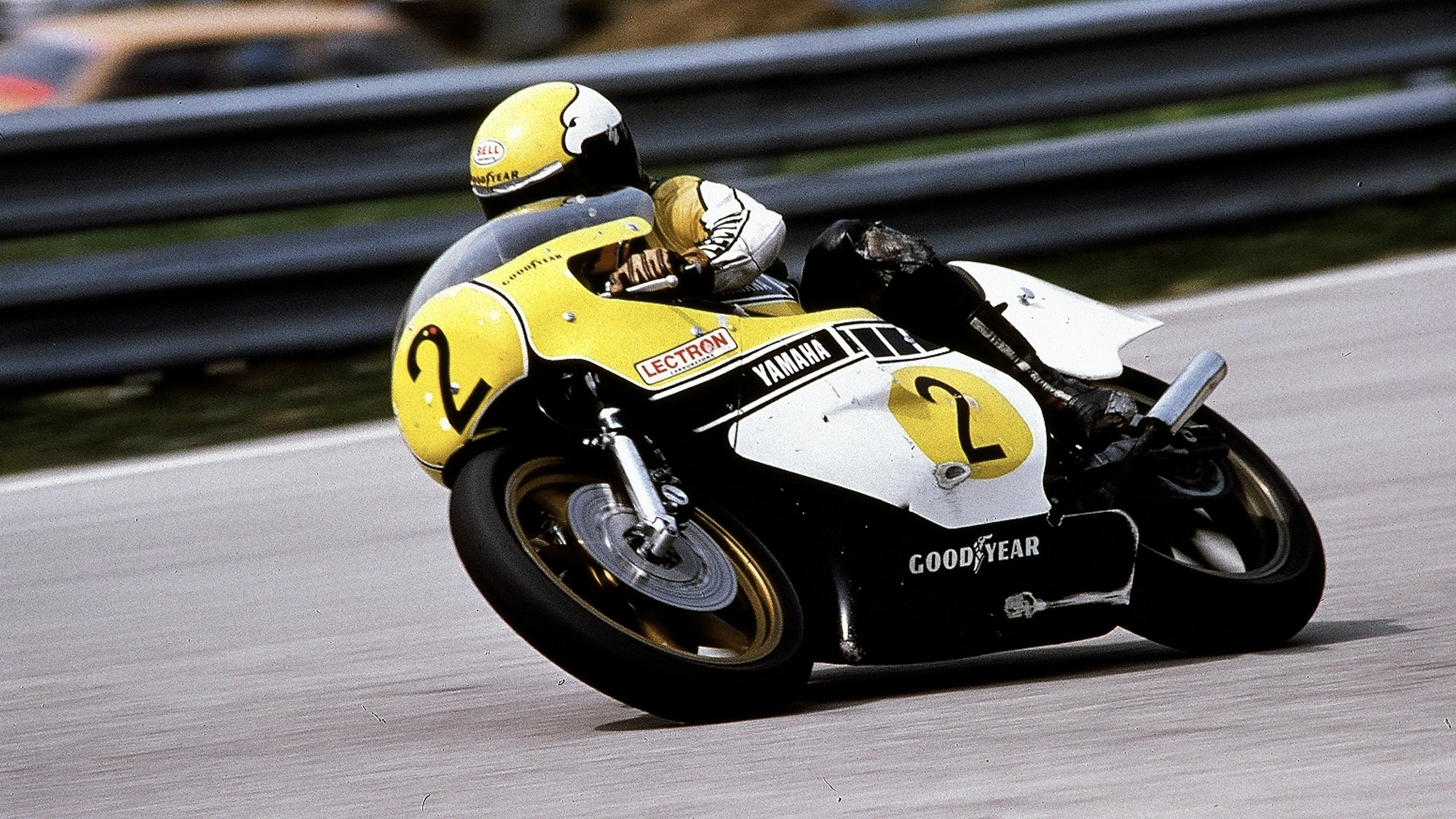 And that wasn’t the half of it. The American was a rookie who knew few of the tracks, had never ridden a street circuit (at a time when some GP tracks were still boarded by brick walls) and at heart was only a part-time roadracer. His big thing was always dirt track and his preferred option for 1978 had been to stay home and stick to blasting around dirt ovals.

Also, his tyre supplier – Goodyear – was new to GPs, with no knowledge of world championship racing or circuit character and with its factory more than 3000 miles away in the USA. He was also the company’s only rider, so he had to test quantities of different tyre specs at every race, with no one else to help with feedback to Goodyear engineers.

Lastly, while Yamaha’s factory 500 riders – Venezuelan Johnny Cecotto and Japanese Takazumi Katayama – had two 0W35s each, Roberts only had one. 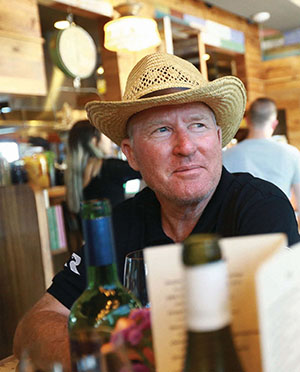 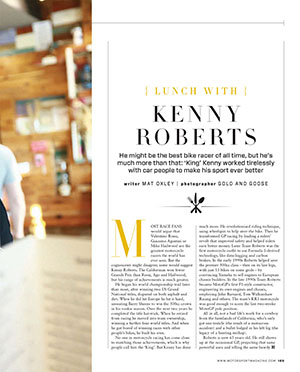 Mst race fans would argue that Valentino Rossi, Giacomo Agostini or Mike Hailwood are the greatest motorcycle racers the world has ever seen. But the cognoscenti might disagree; some would…

This was a much bigger deal then than it would be now, because 500s of that era were laborious to set up, horribly fickle and liable to break at any moment. Carburation was THE big deal in set-up, taking multiple jetting changes during practice, so if you had only one bike, your track time was dramatically reduced. And Roberts needed to learn the tracks, test tyres and everything else.

His situation changed dramatically for the better halfway through the season at the lethal Spa-Francorchamps street circuit, by which time the ‘King’ had won three GPs and was Yamaha’s only title hope.

“My bike just wouldn’t run at Spa and in last practice I still wasn’t qualified,” Roberts remembers “I came into the pits and Yamaha’s racing manager [Masayasu] Mizoguchi ripped the numbers off Cecotto’s spare bike and stuck my numbers on it. I remember them pushing me off and I looked back to see Johnny pulling in. I thought ‘oh boy, this is going to be good’.

“After practice Yamaha asked Johnny which of his bikes he wanted to race, then when everyone was in bed, my truck and the official Yamaha truck pulled out of the paddock and into the woods, took the engine out of Johnny’s spare and put it in my bike.”

Roberts wrapped up the championship seven weeks later at the Nürburgring. 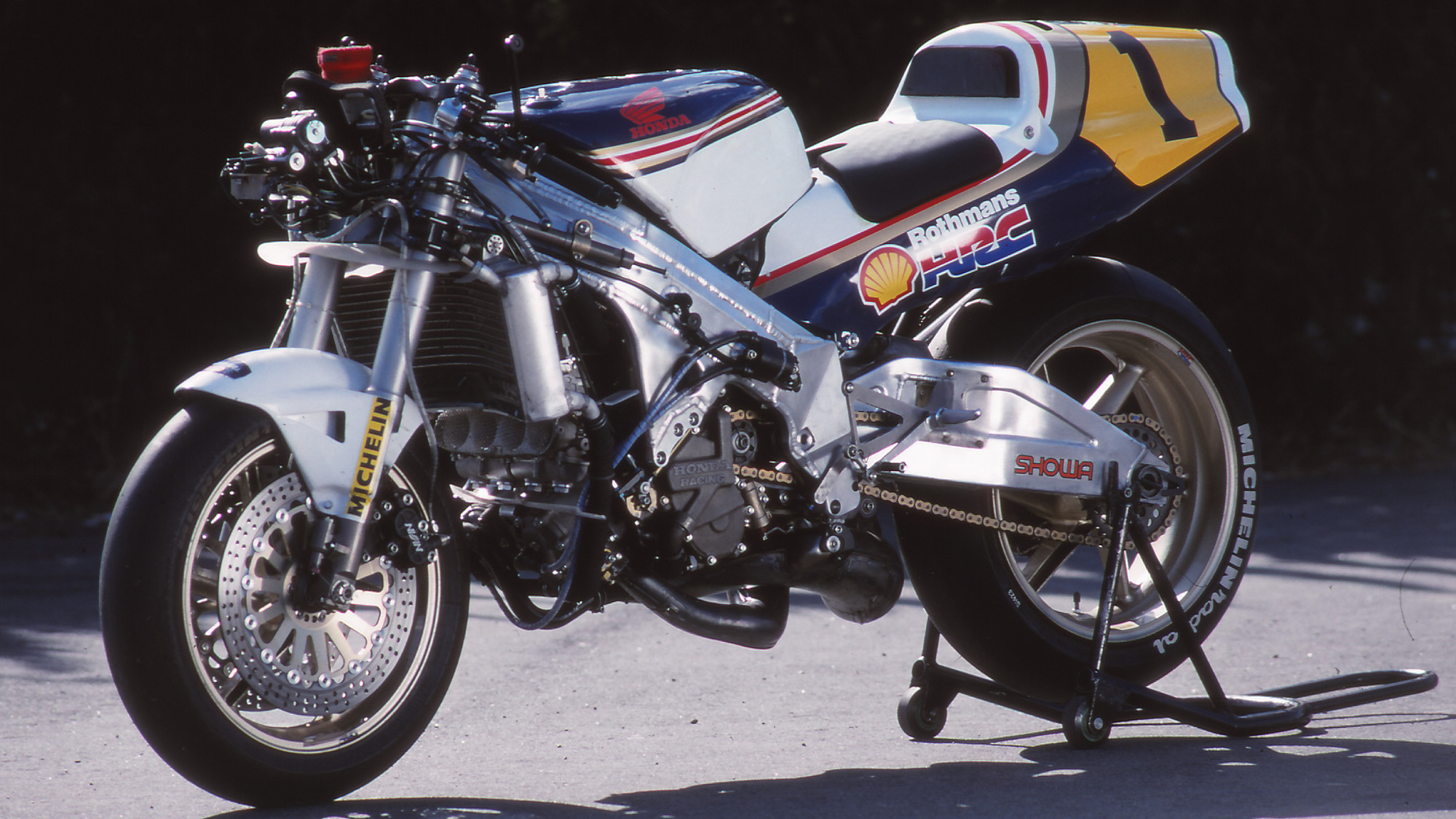 Since Roberts’ historic achievement – arguably the most remarkable in racing history – four more non-factory team riders have won the title: Marco Lucchinelli in 1981, Franco Uncini in 1982, Eddie Lawson in 1989 and Valentino Rossi in 2001.

All these riders rode factory bikes and had factory support but they did not ride for factory teams.

Seven years later reigning 500 king Lawson stunned the paddock by leaving Marlboro Yamaha Team Agostini to join Rothmans Honda. Most shocked was Honda number-one Wayne Gardner who only found out by reading the papers at home in Sydney.

Lawson, winner of three titles over six seasons with Yamaha, left because he was fed up with what he considered to be Giacomo Agostini’s tight-fisted ways and Yamaha’s inability to fix a long-standing carburation problem with its YZR500. He was also mad keen to work with Honda’s pit-lane genius Erv Kanemoto.

Lawson’s deal with Kanemoto didn’t get him a ride with the factory HRC team, which was already full, with Gardner and rookie Mick Doohan. Instead the Kanemoto project was a satellite to the HRC squad. But when Gardner broke a leg at the third race and Lawson won next time out, HRC got fully behind the team. What HRC did with Lawson and Kanemoto during that summer helped Honda find the engine and chassis direction that transformed the NSR500 into the dominant GP bike of the 1990s.

When Rossi graduated to 500s in 2000 he benefitted from that groundwork, as well as ongoing R&D by Doohan, Jeremy Burgess and countless HRC engineers. 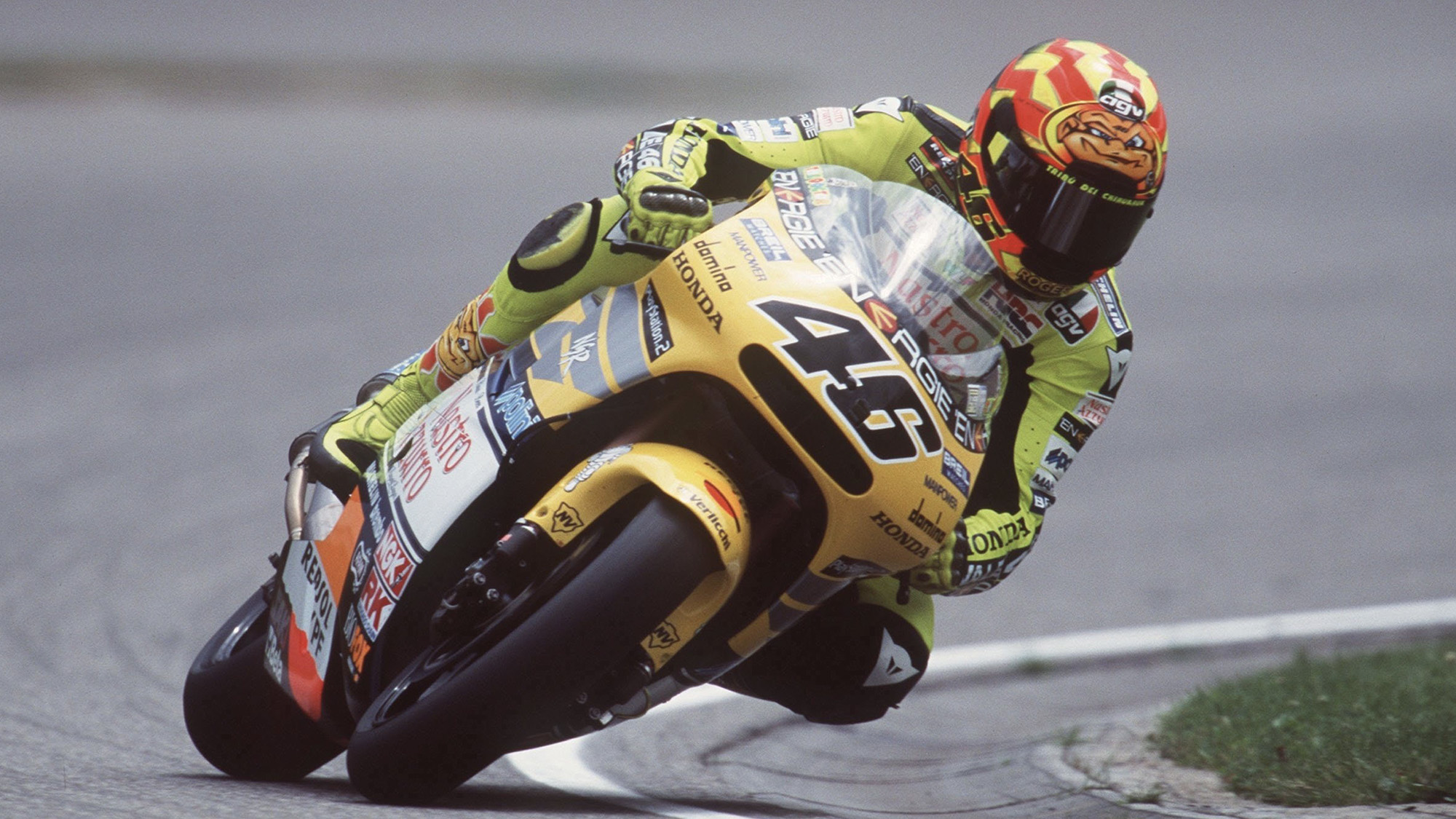 HRC didn’t immediately sign Rossi to its primary team. During 2000 and 2001 he rode for a satellite outfit, based in Italy and run by and funded by Honda Europe. The factory Repsol Honda outfit had Alex Crivillé and Tohru Ukawa on its bikes.

Rossi crashed out of his first two 500 GPs because the new NSR500’s power delivery was too peaky. Burgess didn’t complain to HRC because his rider was a rookie outside the factory team, so he didn’t carry any clout. Of course, it didn’t take long for HRC to take Rossi seriously. By the end of the season HRC had built its last 500 – the NV4B – according to his wishes. In 2001, still in his Nastro Azzurro-backed independent team, Rossi dominated the final season of 500 GPs.

How close was Rossi’s NSR500 to the Repsol factory team NSRs in 2001? As close as it gets, possibly even better because the 22-year-old was obviously HRC’s best bet for the title. How close was Roberts’ non-factory team 0W35 to the factory 0W35? Again, as close as it gets. In other words Roberts, Lucchinelli, Uncini, Lawson and Rossi were in similar situations to Quartararo’s. 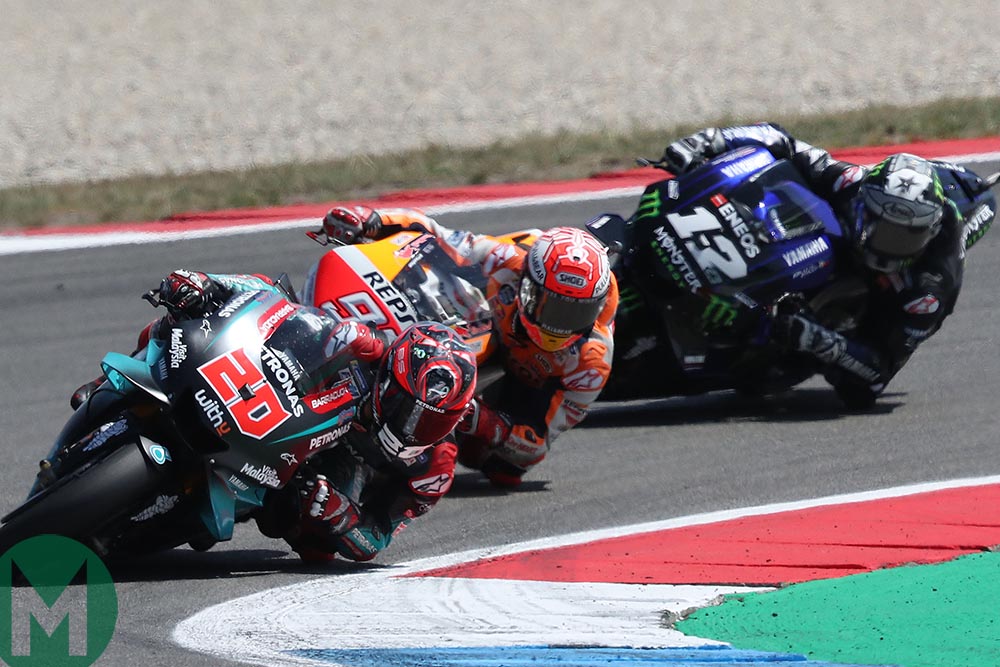 How I ride: Fabio Quartararo

MotoGP’s latest rookie revelation talks about controlling wheelspin with his right wrist, saving front-end slides and how his doldrum years made him a better rider Quartararo leads a MotoGP race…

However, the bigger budgets available to factory teams always make a difference on the track, because that’s how racing works.

On the other hand there can be upsides to being a step away from the never-ending development cycle of factory team. For example when Lucchinelli won the title in 1981 he was certainly helped by being outside the factory squad, which tied itself in knots trying new engine and chassis parts.

It’s been the same for Petronas SRT and Tech 3 in recent years. While the Yamaha factory team got its knickers in a twist working to fix the M1’s various issues, Yamaha’s independent-team riders were able to focus on using their skills to extract the maximum performance from what they’d got, rather than confusing themselves by trying numerous different frames, swingarms and other parts during the season.

This Sunday Quartararo races at Brno and the following two Sundays he races at the Red Bull Ring. So he’s moving from Yamaha to Ducati territory, to tracks where, as Jack Miller said recently, “We’ll be able to let our bike stretch its legs and show what she’s really got”. How he copes with these three races, how he deals with a major speed handicap, will have a huge effect on the outcome of the championship. 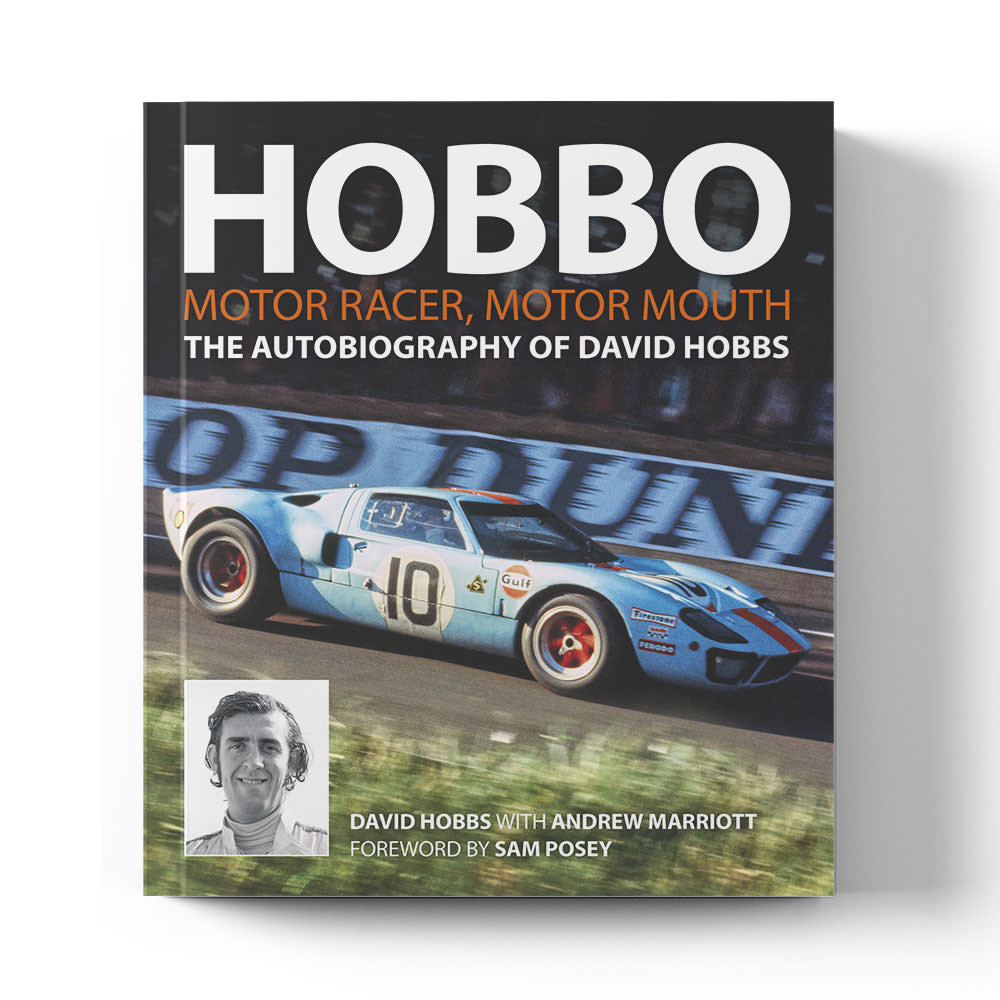