Everyone knows that turning performance has been Ducati’s biggest concern for years. Whatever factory engineers have done to make the Desmosedici turn better and faster through corners hasn’t worked, so now chief engineer Gigi Dall’Igna has an all-new motorcycle on the way.

Only one problem – the new Desmosedici chassis requires an engine with a new type of mounting. This wouldn’t usually be an issue, but last April MotoGP reacted to the global Covid pandemic by announcing emergency cost-cutting regulations, including restricting manufacturers to 2020 engine specs throughout the coming season.

Obviously Ducati won’t reveal exact details of its new design, which engineers hope will work much better with Michelin’s latest rear slick. All factory team manager Davide Tardozzi will say is this, “Our main revolution will be 2022 because we will be able to change things that are now blocked – it’s about how the chassis connects with the engine.”

Most likely the 2022 redesign involves work on stiffness, which involves both chassis and engine. Stiffness is a critical area of MotoGP technology that has a huge effect on turning performance. For example, engineering just the right amount of lateral flex at the right point in the chassis can help to create a kind of self-steering effect in corners.

Ducati has much less experience of aluminium beam frames than its Japanese rivals, so it’s no real surprise the company is still playing catch up. Its current chassis concept hasn’t really changed in six seasons, with frequent detail updates only making marginal inroads into the Desmosedici’s turning difficulties.

The GP22 will be tested during 2021 but won’t be allowed to race until the start of the 2022 world championship. (NB: Ducati has officially dropped the Desmosedici’s GP/year model suffix, but no one is letting them get away with it!)

So what else can Ducati do to improve its chances of battling for the 2021 MotoGP championship, after a gloomy 2020?

The main target is better adapting the current chassis concept to the Michelin rear, which last year transformed the bike from title challenger to also-ran.

This came about due to the rear tyre’s extra grip, which shifted the traction balance too far to the rear for some bikes. 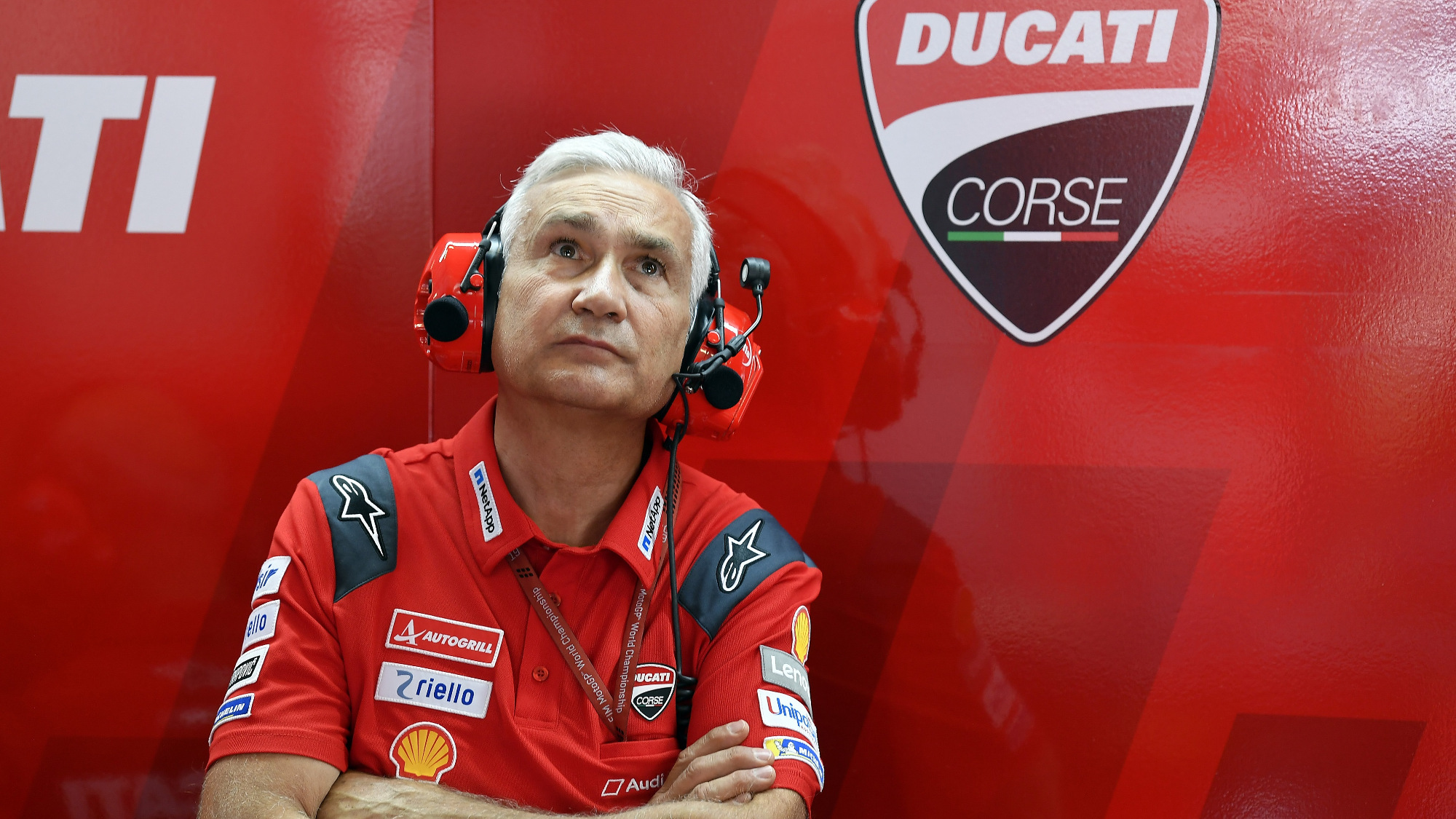 “The bikes that were really strong at braking, trail braking and corner entry, like the Ducati and the Honda, suffer more with the shift in grip balance caused by this new tyre,” a rival engineer told me.

“This is because the whole point of their riding style – making up time on braking – is lost, because the grip balance has shifted to the rear, so the rear is always pushing the front into the corner. That gives understeer into the corner, which forces the rider slightly wide, so he has to use more banking angle for a longer time, which forces him to delay applying the throttle, so the corner exit is also delayed.”

This is what Andrea Dovizioso complained about throughout 2020.

“The way you have to ride with this tyre is that you’re at maximum angle, so you don’t have a lot of grip, so you have to wait to open the throttle,” said the Italian.

Dovizioso walked out of Ducati at the end of last season, after a well-publicised falling-out with Dall’Igna, and yet is happy to offer advice to Ducati and its 2021 MotoGP line-up: Jack Miller and Pecco Bagnaia in the factory team, Johann Zarco and Jorge Martin at Pramac and Luca Marini and Enea Bastianini at Esponsorama.

“It’s a mix of the bike and the riders – they all need to adapt to the rear tyre,” added Dovizioso. “From the beginning with this new tyre it was clear that it has more grip on the shoulder, so its potential is more; if you are able to use it in the right way.”

Miller was Ducati’s best rider with the tyre last season, using his more radical technique to score four podiums, which is why the Aussie looks like the man to lead the Ducati charge in 2021.

His main worry is the bike’s sensitivity to grip – obviously mechanical grip also has a huge effect on turning.

“At some tracks the bike is phenomenal, but at places where the grip isn’t fantastic we struggle,” he said. “The key thing to improve is making the bike consistent across those conditions. We’ve tried everything – changing the geometry and the way we put the power to the rear tyre – but we’re still looking for a way to increase mechanical grip. 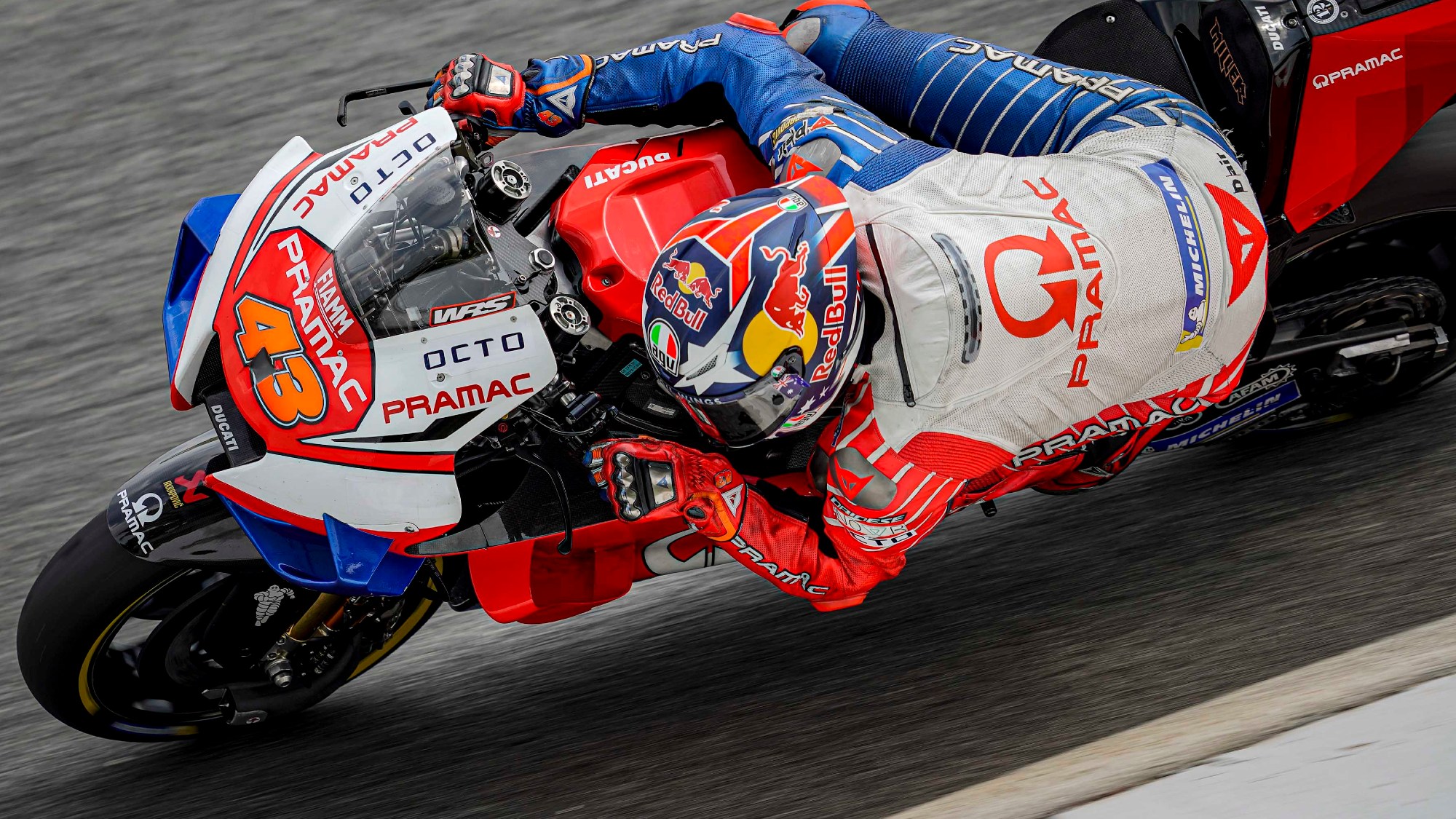 “It’s something the boys have got to work on. I’m putting the ball in their court to do some brainstorming in that department. We’ve done our job in terms of understanding what the bike is doing and giving the best feedback possible. Now the ball is in their court to take what we’ve said and turn it into results.”

Tardozzi confirms that Ducati has been working on this issue for a while.

“This is something our engines are focused on,” he adds. “It could be a matter of stiffness – bringing the stiffness in a different way from the front of the bike to the back or maybe from the back to the front. It’s not only the chassis!”

Miller’s new team-mate Bagnaia – who showed flashes of brilliance last year but crashed too often – has a different priority.

“It would be good to have something that helps us heat the front tyre – something to give me the best feeling from the first lap,” said the former Moto2 champion.

However, Bagnaia knows that this is also down to him. He has studied Miller’s data and taken note of the Aussie’s instant speed, so he needs to adapt his technique to somehow quickly get heat into the front tyre without crashing in the attempt.

Tardozzi hopes Ducati can make some interim steps towards its GP22 spec with another revised chassis for the 2021 season and he’s confident that Dall’Igna will fully fix the turning problem in the long term.

“Gigi is really focused,” says the former World Superbike race winner. “He’s the kind of guy who won’t allow his bike, his team, his factory to lose races for a long time. Last year was a small disaster because we were never really, really competitive, and knowing Gigi he will not allow us to be in this situation in future, so I’m really confident that him and our engineers will find the way.”