This year Dorna celebrates 25 years as lord and master of motorcycle Grand Prix racing. During that quarter of a century the company has done some good things and some bad things, some clever things and some stupid things.

Staying true to the journalist’s mantra of ‘comforting the afflicted and afflicting the comfortable’ I won’t trumpet Dorna’s achievements. After all, CEO Carmelo Ezpeleta and his coterie don’t need me to say nice things about them. All they need do to bring a smile to their faces is check their bank accounts. (Or receive news that Valentino Rossi has renewed his contract for another couple of years.)

The one thing for which I will never forgive Dorna is killing off the 250s. This was an act of grave motor sport philistinism; a bit like an art gallery burning its collection of van Goghs and replacing them with a load of production-line Damien Hirst dross, reasoning that the world has moved on from post-impressionism.

The ‘bike that won the last 250 world title in 2009 – Hiroshi Aoyama’s Honda RS250-W – was the neatest, prettiest race bike ever created. It was a petrolhead’s Mona Lisa.

Not for nothing were the 250s, in their dying days, known as the ‘connoisseurs’ class’. No one has ever made a better racing motorcycle than a 250 GP bike. If I had my own racetrack and a vast garage that included all the best racing machines of the last few decades, I would ignore the rest and keep doing laps on the 250s, day after day after day.

The MotoGP bikes would be parked to one side, unused: too complex; I’d need a crew of electronics engineers just to start the bloody things. The WSB bikes would sit on the other side of the garage gathering dust: too cumbersome (I know, I’m being picky). The 500s would be parked in the darkest corner after they had scared me stupid once too often, only to be retrieved when I was feeling particularly brave or especially foolish. There wouldn’t be any 125s or Supersport or Moto3 or Moto2 ‘bikes in the garage. They wouldn’t make the grade.

Two-fifty Grand Prix bikes are perfectly balanced: 100bhp and 100kg. They are also pure, simple, minimalistic, light and unerringly stable. They react precisely to each and every input. They don’t need to be manhandled and they don’t slew sideways into corners. A good 250 works with you, not against you because it’s a perfect blend of engine and chassis. Both work in harmony with the other, rather than compromising each other. For all these reasons, a 250 will allow you to ride better than you’ve ever ridden and have more fun while you’re at it.

Don’t take my word for it. This is Kevin Schwantz talking about Jorge Lorenzo’s Aprilia RSA250. He rode the bike at Valencia in 2007, while also trying out every factory MotoGP machine: Ducati GP7, Honda RC212V, Kawasaki ZX-RR, Suzuki GSV-R and Yamaha M1. He had more fun on the 250 than on anything else.

“There’s such a connection between your throttle hand and what happens. And it’s so rewarding when you do it right. When you hit that mark, you use that extra little bit of track getting into the turn and you’re back on the gas a bit quicker, so coming off the turn the bike wants to wheelie instead of the lap before… and you go, ‘hey, that’s a difference I made!’”

Like me and many other paddock-lifers, former GP rider and two-stroke genius Harald Bartol was mortified when Dorna replaced the beautifully light and agile blades of the 250 class with the dirty great meat cleavers of Moto2. “A 250 is a race horse,” said Bartol. “To me, 600s is donkey racing.”

It only took Moto2 a few years to roughly resemble the 250 class, with the richest teams dominating because they’re able to afford the best kit, the best crew and the best riders, while other outfits struggle to keep up.

Sure, 250s had become painfully expensive, but only because Aprilia found itself monopolising the grid after the Japanese factories stopped making two-strokes. Aprilia did what monopolists do: it hiked prices and made a killing.

A control 250 two-stroke engine would have made a lot more sense than 600s and would’ve saved Dorna from committing grievous sacrilege. Plenty of engineering houses could have built a beautiful little direct-injection two-stroke with high specific power output and low emissions, making a real contribution to ongoing two-stroke development, something that’s of great interest to many car manufacturers.

Dorna made its most stupid mistake last November when it panicked in the wake of the Sepang clash and cancelled the Valencia pre-event press conference. It may not sound like a big deal, but its bizarre decision may yet have unpleasant consequences.

The atmosphere was so poisoned after Sepang that Dorna decided it was unwise to have Jorge Lorenzo, Marc Marquez and Valentino Rossi sat next to each other in the press centre on the Thursday afternoon at Valencia. And yet they were perfectly happy to let them out on track together the next day, riding around at close to 200 miles an hour.

Its reaction to Sepang was an object lesson in poor crisis-management PR and showed that it had lost control of the riders. Not only did Dorna cancel the pre-event conference, it also organised a telling-off for the entire grid – the vast majority of whom had done nothing wrong – and then allowed each of the trio involved in the furore to hold their own personal press conferences where they could tell their own version of the story, without fear of being contradicted.

I can think of no better analogy for the closing act of the 2015 season than the school yard, partly because Dorna indulged the riders like schoolchildren.

Three pupils have been caught fighting and arguing during the lunch break. The head teacher doesn’t call them into his office to read them the riot act. Instead he calls the whole school together – even though everyone else is innocent – and reads them the riot act. Then the head teacher asks each of the kids into his office alone to explain their sides of the story, rather than getting them all together and sorting it out between them.

The pre-event press conference should have gone ahead as normal, with Dorna and the respective teams making the trio fully aware that they must behave during the conference, with stinging penalties to be imposed if they did not.

Then the riders should have taken their places in the conference room, shaken hands (a mere token, but necessary nonetheless) and be grilled by the world’s media. This would’ve been a deeply unpleasant experience for each of them, which is half the point. They would’ve sat there for thirty minutes or so, squirming in their seats as journalists asked them one awkward question after another. Each rider would have to give his side of the story, without coming to blows with those beside him. In other words, they would’ve had to behave like grown-ups.

And all of them would’ve left the conference feeling mighty glad it was over and making a mental note that they would never, ever want to endure something like that again. Indulging each of them with his own personal press conference was treating them like spoilt kids, giving them the impression that they’re in charge, that they deserve to be protected from each other and that the consequences of their behaviour are limited to on-track punishments. All of them needed to suffer for the hullabaloo they created, but they did not.

We now approach a new season in which the three riders have not been together off-track since the pre-event at Sepang, where the whole thing kicked off. Making them sit together at Valencia would’ve made them realise their lives are going to get far too ugly if they remain at daggers drawn. Thus it might have drawn something of a line under the episode. As it is now, this furore is far from finished, even though many fans have already had enough of the childish peevishness. 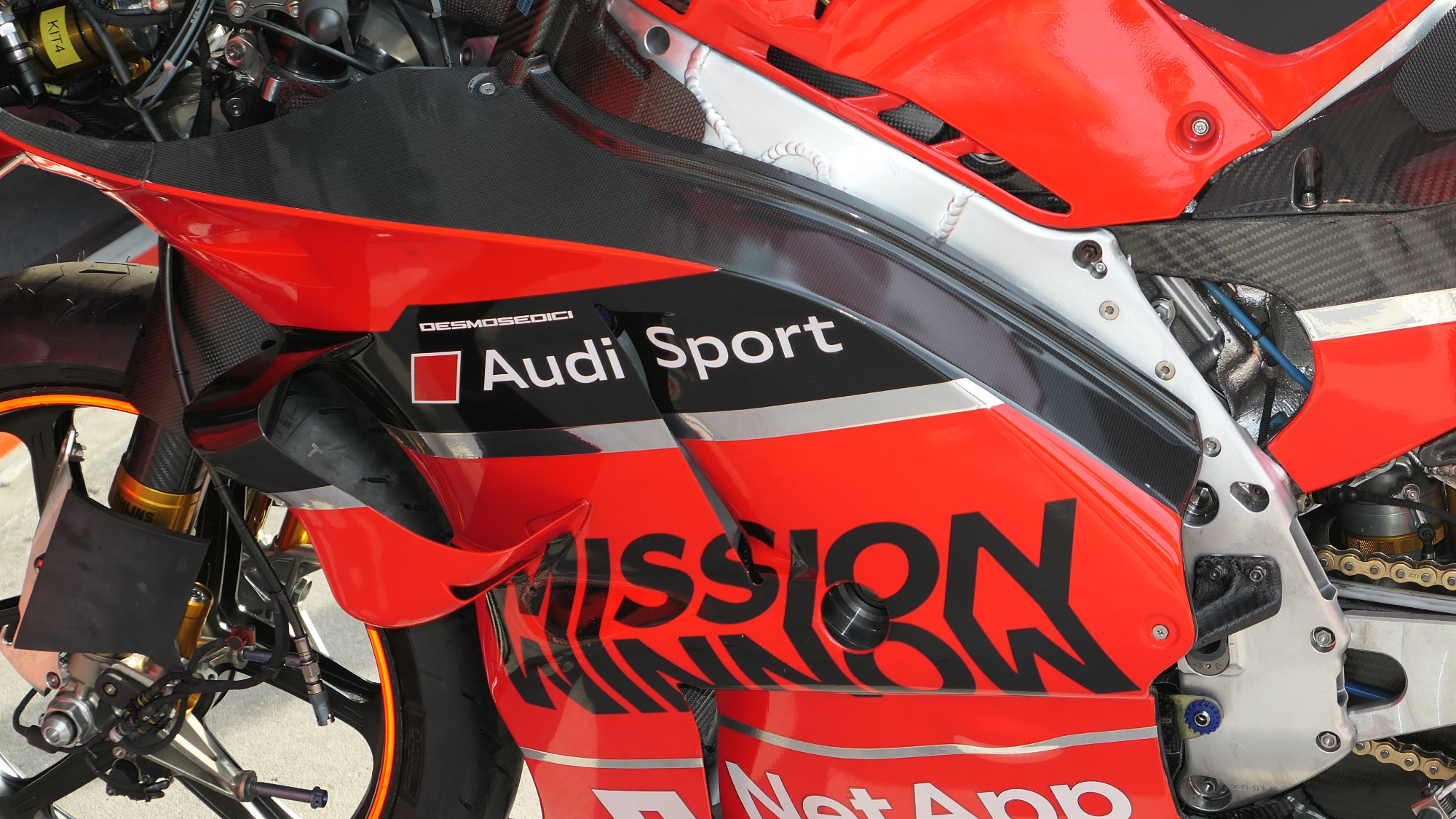 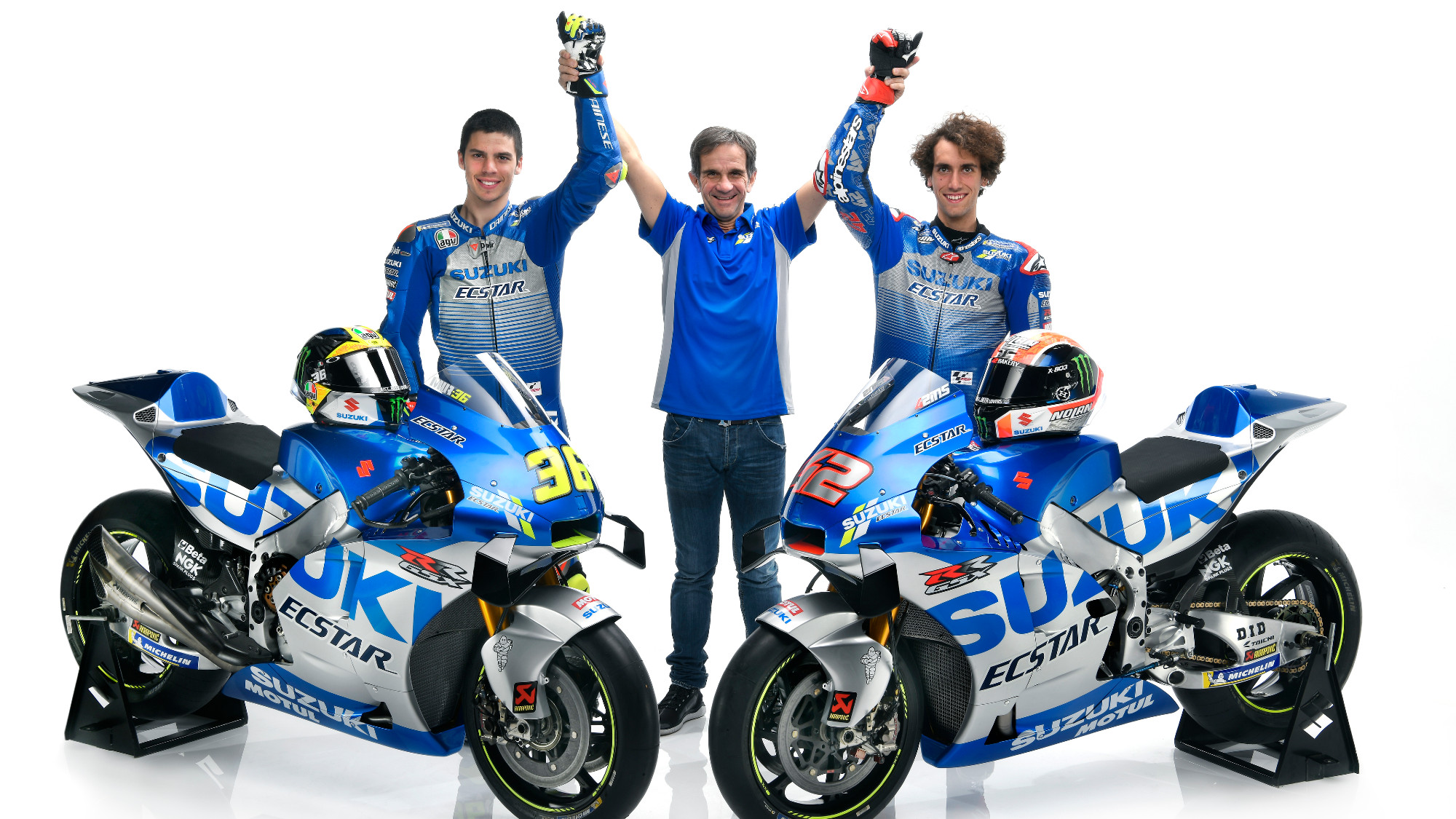 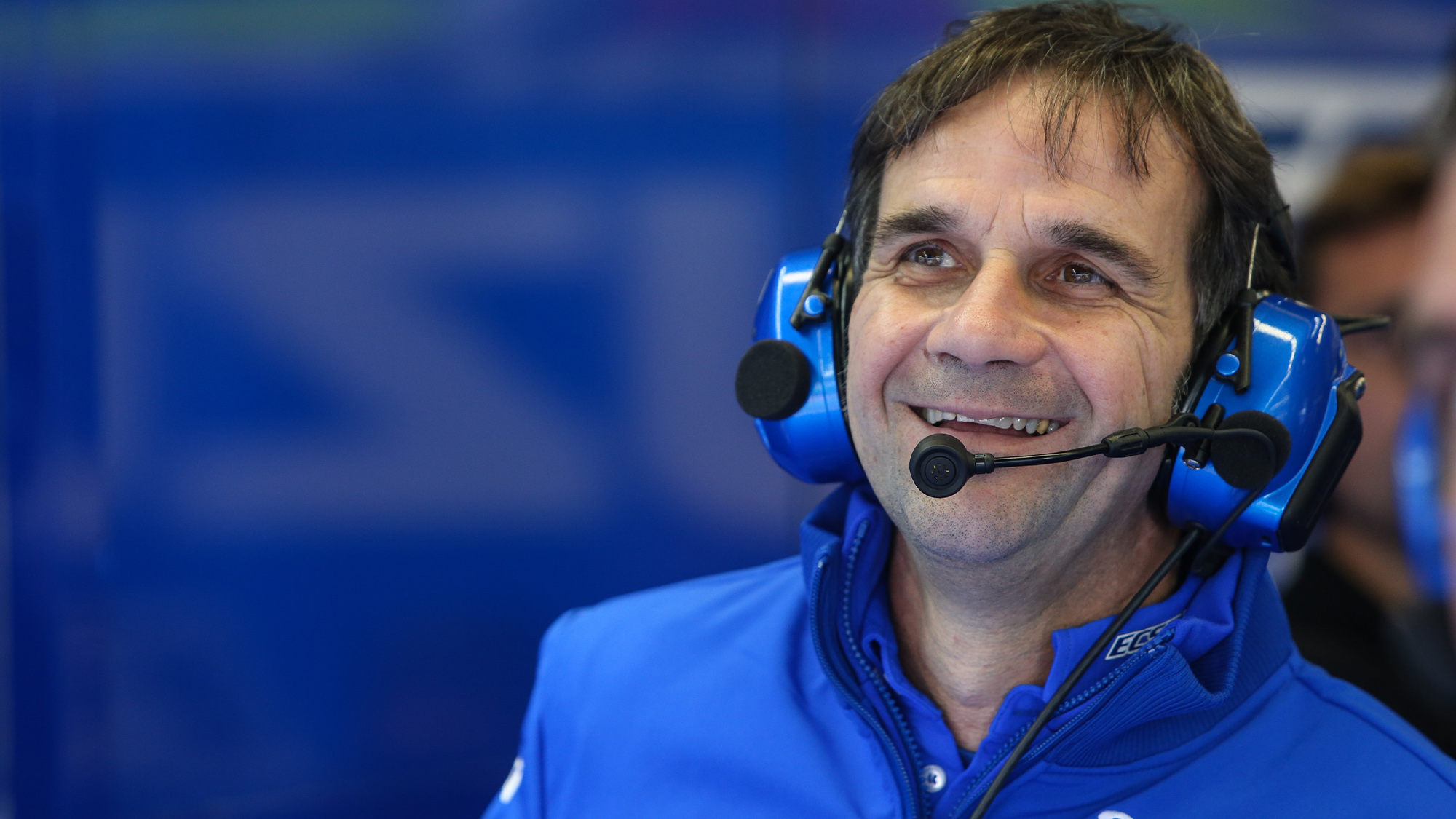 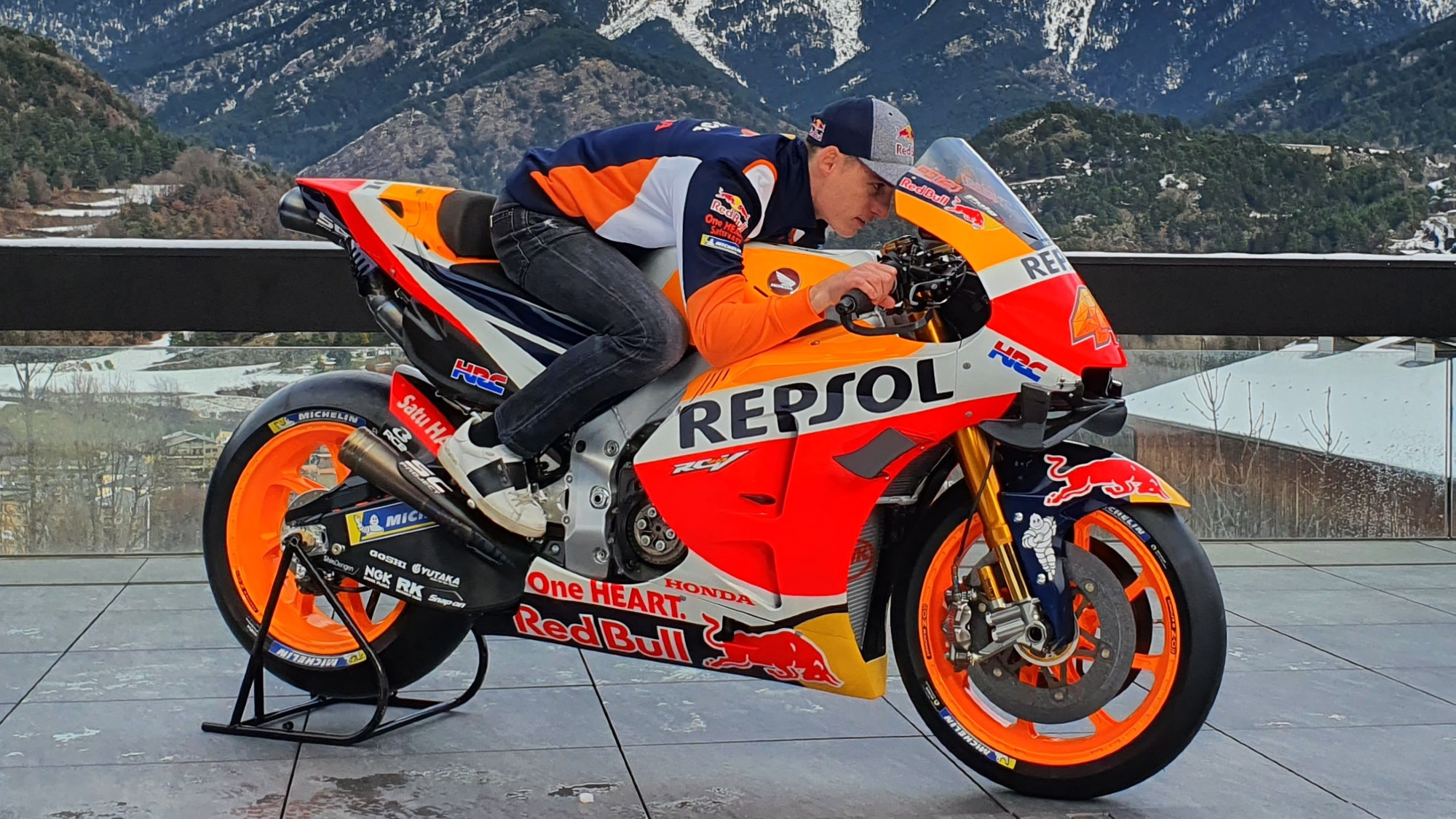