When journalists can’t get to MotoGP rounds during this year of Covid we are saved by the wonders of the internet – live TV, live timing, Zoom rider debriefs and so on – that allow us to follow the racing almost like we are there. Almost, but not quite.

When you’re not at the track, chatting and gossiping with the people who spend their lives in the paddock, you miss the good stuff.

For example, only at Barcelona last weekend did I learn that Tech 3 KTM rider Miguel Oliveira is now known as ‘Einstein’, hence his tongue-out celebration following his victory at the Red Bull Ring last month.

The most famous photo taken of Albert Einstein has the German-born physicist poking his tongue out because he was bored of always smiling for the cameras.

When Oliveira mimicked Einstein’s famous pose after his Styrian GP victory he was making fun of Pol Espargaró, who he had beaten in the dash to the chequered flag, after Espargaró and Jack Miller got it all wrong at the final corner.

The Oliveira/ Espargaró bad blood had begun at the previous weekend’s Austrian GP, when the pair collided and crashed, then exchanged insults in the media.

“Unfortunately not everyone is born with the same intelligence,” said Oliveira of his fellow KTM rider.

Espargaró was incensed by that slight, hence his ‘Einstein’ nickname for the Portuguese rider, which came back to bite him at the Styrian GP.

We all know the nicknames that riders give themselves: Doctor Valentino Rossi, El Diablo Fabio Quartararo, Thriller Jack Miller and so on.

But the paddock can be a cruel place, so what about the nicknames and insults that don’t end up emblazoned on leathers and helmets?

Four-times 250cc world champion Max Biaggi liked to call himself the Roman Emperor and sometimes he had two blokes dressed as Roman centurions stood outside the back of his pit to make the point. How we laughed.

In 1998 when Biaggi graduated to the 500cc class he inevitably clashed with reigning 500 king Mick Doohan. Biaggi spent much of that summer taunting Doohan in the Italian press, hoping to destabilise him. It didn’t work.

At Imola in September, Biaggi finally went too far and Doohan exploded and nicknamed his challenger ‘Kleenex’. 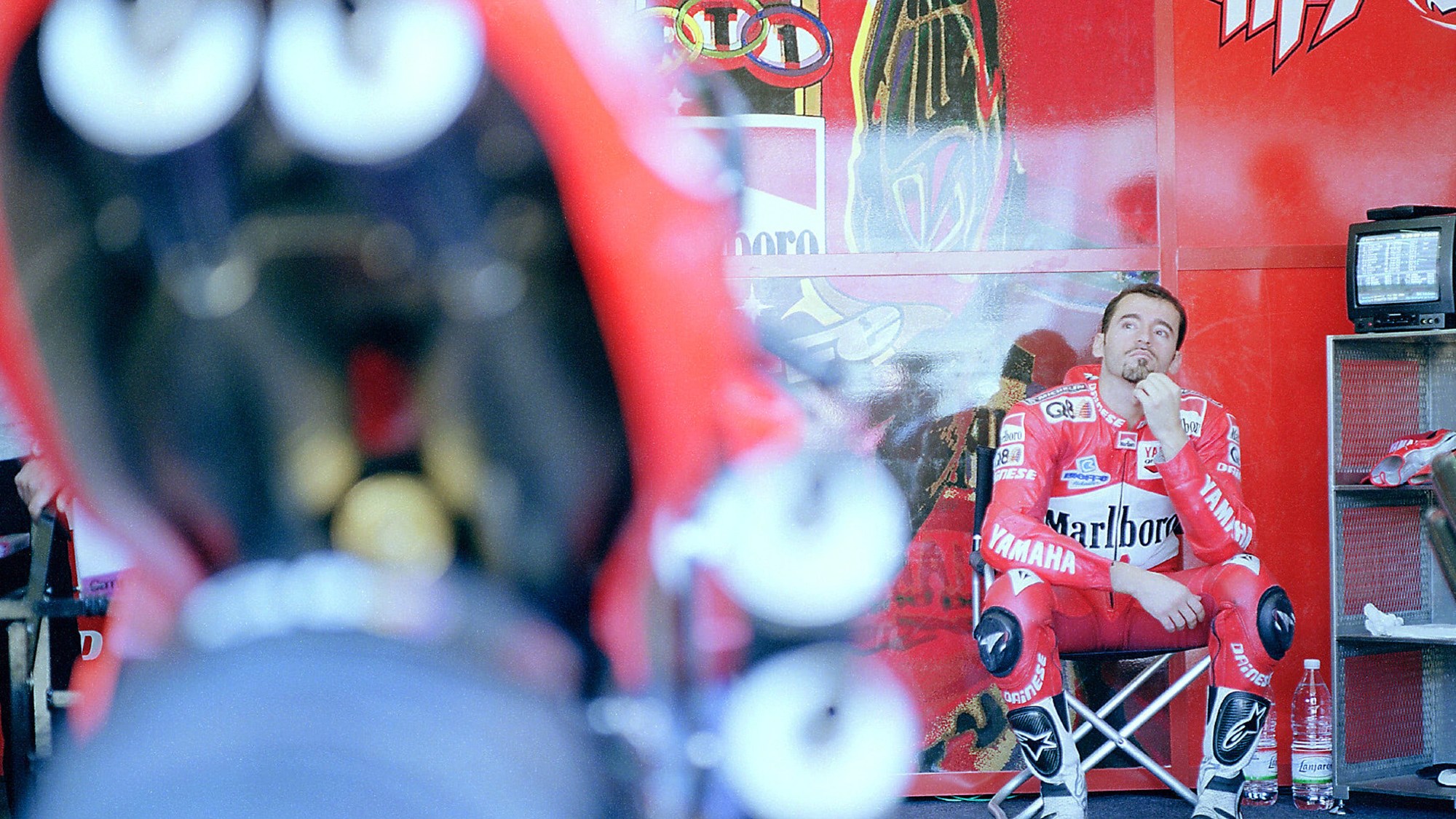 “Max loves himself too much,” said Doohan, who didn’t often let loose like this. “He thinks too much about his appearance. He’s more of a product than a person – he’s plastic. He just comes up with excuses and lies. And he cries so much he should be sponsored by Kleenex.”

During the next few years, Biaggi’s team-mate in the Marlboro Yamaha 500 team was Spanish youngster Carlos Checa: fast, dedicated and extremely brave.

At a time when riders tried very hard not to crash – because the circuits were more dangerous and the riding kit wasn’t what it is now – Checa crashed like a 2020 Moto2 title wannabe.

This was amazing in itself. Even more amazing was his ability to limp back to pit lane, climb aboard his spare bike and immediately go even faster.

Thus it wasn’t long before everyone in pit lane called him ‘Careless Chucker’.

Checa was never ashamed to talk about crashing and how it affected him, physically and mentally.

“Crashing is s**t for you, s**t for the bike, s**t for the mechanics and s**t for the set-up,” he told me once. “It’s a signal that you’re heading in the wrong direction. You want to win, but crashing is the opposite. It’s like being in France when you want to go to England and when you crash you go to Spain. That way you’ll never get to England!”

Carlos’s mechanics sometimes walked around the paddock with a John Wayne-type swagger, shouting – “Clank, clank, clank!” – telling us that their rider had balls of steel, big balls of steel.

‘Careless Chucker’ never won the 500 world title, but later found solace in World Superbikes where he went in the right direction and won the 2011 WSB crown with Ducati.

Four years earlier Ducati won its first – and so far, only – MotoGP title, thanks to the genius of Casey Stoner.

Like all great racers, Stoner always strived for the best, from himself and from his motorcycle. Sometimes he might comfortably win a race and instead of returning to his garage in a state of ecstasy he would sit down with his crew chief for a deep, serious discussion.

He was that kind of racer – the victory was important but if the bike hadn’t been quite right he wanted to make it better for the next race. And the best way to do that is to download all your thoughts and feelings the moment you get off the motorcycle.

However, some people got the wrong idea. And he was never slow to give his opinions about MotoGP as a whole, Dorna and everything else. Slowly but surely his nickname made it into the paddock and then out into the wider world: Casey Moaner.

I got on okay with Stoner, most of the time. He could be the best at getting into the nitty-gritty of riding technique, which I loved. He was his own man, made from his own matrix, with his own vision of how the world and the world championship should be. And he had no problem speaking his mind, firing criticism from the hip.

In this respect he was like 1980s legend Eddie Lawson, who always seemed to be angry with someone or something. This is how some riders light their fires. 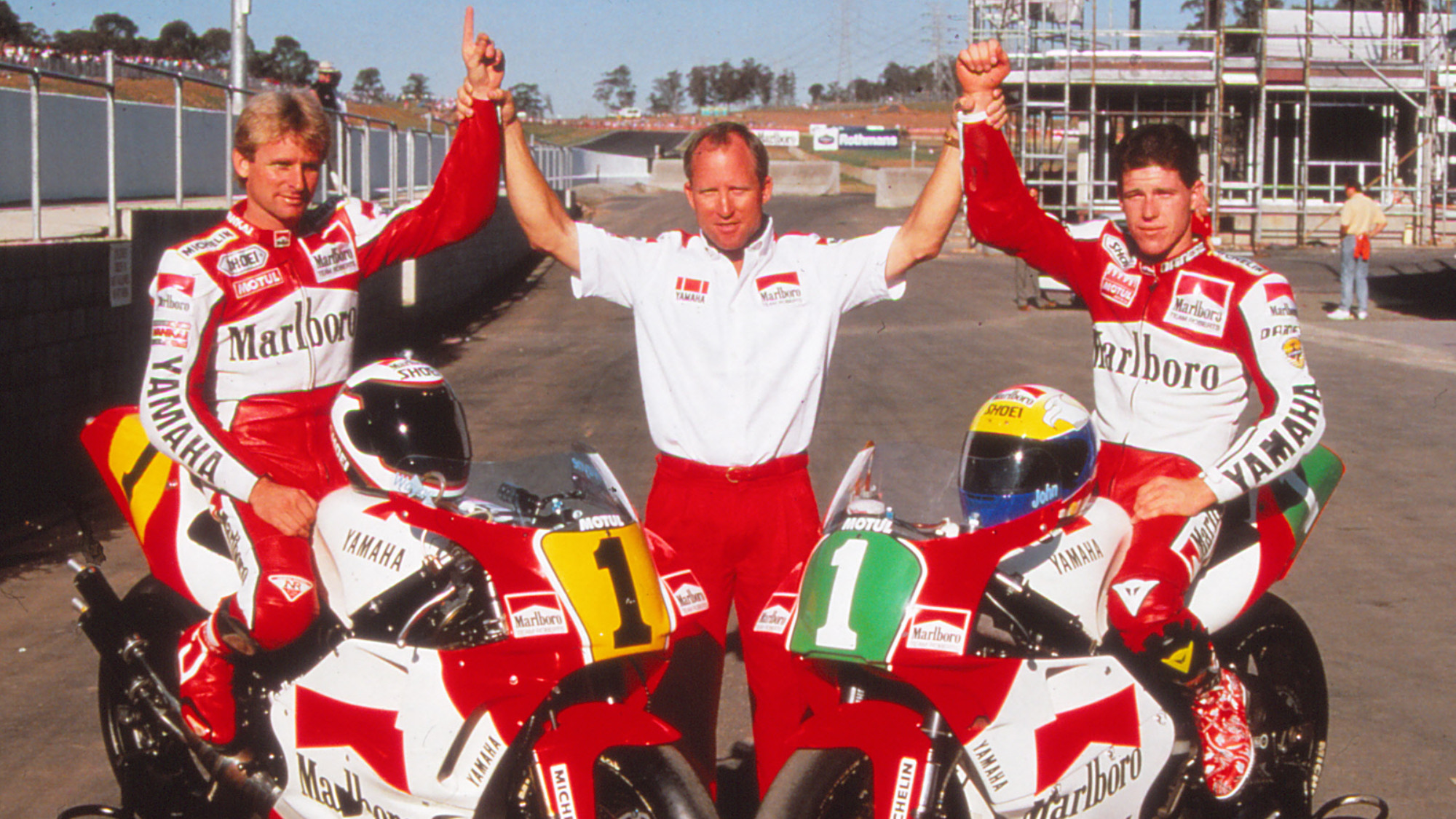 Doohan had his nicknames too, like Dead By June Doohan, the creation of a press-room colleague who (like many of us) was concerned for the Australian’s safety during his rookie 1989 GP season, when Honda’s NSR500 kept hurling him towards the Armco.

Later, Kenny Roberts Jr told me that Doohan “was so full of s**t his eyes are brown”. I was surprised by this outburst because I’d had conversations with KRJR during which he told me that the more Americans owned guns the safer they would be. I wasn’t so sure.

And then there was John Kocinski, the 1990 250cc world champion whose team boss ‘King’ Kenny Roberts christened ‘The Little S**t’. JK was a complicated character – sublime aboard a motorcycle, less so on his two feet – and he didn’t respond well to ‘King’ Kenny’s tough-love mentoring.

He was mostly unpopular with his rivals. Not surprising really, for a young man who loudly exclaimed to all who would listen, “If you ain’t American, you ain’t s**t”. (I know, I know, a bad-meaning-good double negative. Tsk, tsk.)

When Kocinski won his first 500 GP – at Shah Alam in 1991 – his fellow podium finishers – second-placed Wayne Gardner and third-placed Doohan – ganged up on him and sprayed so much champagne in his face he had to blindly stagger to the medical centre for treatment.

Three years later, when Kocinski led the 500cc world championship, title rival Kevin Schwantz told us that JK would soon “fall apart like a cheap watch”. Schwantz planned to accelerate his demise by offering anyone in the paddock $10,000 if they slept with Kocinski’s girlfriend.

Briton Phil Read – a scarily tough competitor and the first 125cc, 250cc and 50cc world champion – was another who made few friends in the paddock.

At the end of 1973 team-mate and arch-rival Giacomo Agostini quit MV Agusta to join Yamaha – escaping a crumbling empire to join the new force on the horizon. Yamaha’s European headquarters were in Amsterdam, where factory mechanics, united with Ago in their dislike of Read, placed a Phil Read sticker in the toilet bowl in the race-team workshop.

Like I keep saying, motorcycle racing can be a dirty business.