Not many people know this but France was the world’s first motorcycle-racing nation, with the best riders, the best bikes and the best racetracks.

Therefore motorcycling’s first world championship – named “the motorcycling track championship of the world” was staged in 1903, during a cycling event at the Parc des Princes cycle track, now home to the Paris Saint-Germain football club.

The race was won by local Maurice Fournier, who averaged what must’ve been a terrifying 65mph aboard a fire-breathing 1500cc V4, build by Paris bicycle manufacturer Clément Cycles in its factory on the banks of the River Seine. If that’s not premier class, I don’t know what is.

It is therefore incredible that it’s taken more than a century for France to return to the highest peak of the sport it created.

“I was sitting close to the safety car on the grid and I was scared that maybe the car might overtake me!”

The young Frenchman arrived in MotoGP in 2019, unfancied by many, after a making a rocky road of his first four seasons in grand prix racing. And that’s what makes him stand out from his immediate predecessors: Joan Mir, Márquez, Jorge Lorenzo, Stoner, Nicky Hayden and Valentino Rossi.

All these riders climbed remorselessly towards motorcycling’s highest peak, steadily fulfilling their early promise until they made it to the very top.

When Quartararo walked into the GP paddock for the first time many people told him he was the next Márquez and some predicted he would win the Moto3 world title at his first attempt.

But motorcycle racing doesn’t work like that. It’s an edgy sport where the slightest hiccup – technically, physically, psychologically – can transform you from solid-gold winner into a bloodied-and-bowed loser. 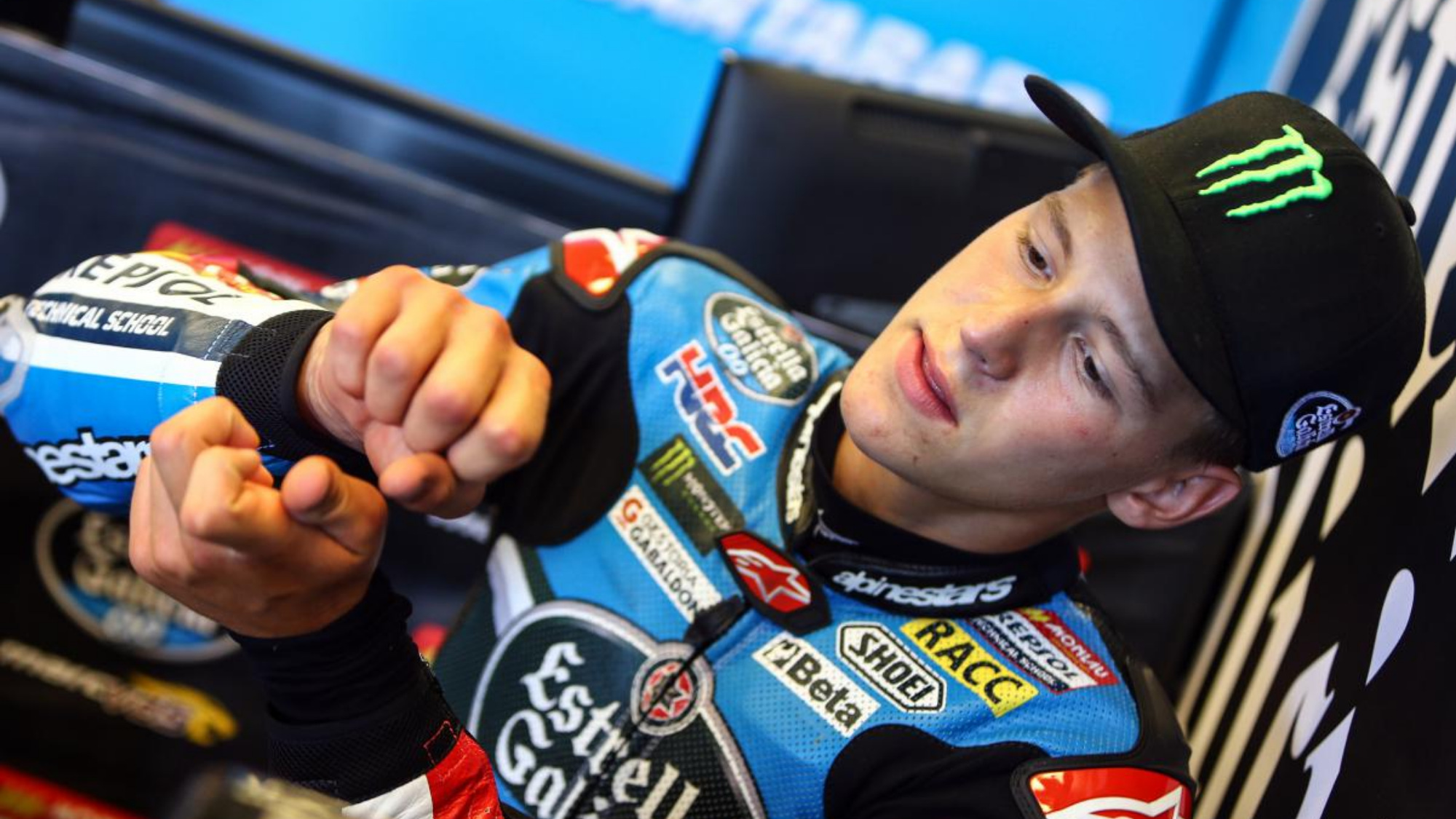 Quartararo had a horrible first two seasons in Moto3, not a single victory, tenth overall in his rookie year and down to 13th in his second season.

He had lost his way. So what went wrong? Everything really: bike problems, injuries and team issues.

Quartararo didn’t feel comfortable in his first GP team – the Estrella Galicia Honda team, run by Márquez’s mentor Emilio Alzamora, who has a super-serious attitude to racing. Quartararo likes to laugh and play around when he’s in the paddock and that wasn’t the team’s way of working.

For 2016 he moved into the Leopard team, where he expected to have Honda machinery, but ended up with KTM. He didn’t even score a podium that year.

Perhaps a change of manager and class might help? In 2017 new manager Eric Mahé moved Quartararo into Moto2, with the team owned by former 250cc world champion Sito Pons. Again the team didn’t suit him and he didn’t bother the top five all year.

In 2018 Mahé moved him again, this time into the Speed Up team, owned by former 250cc GP rider Luca Boscoscuro. This was a smaller outfit with more of a family atmosphere that might make the youngster feel more at home.

But still nothing. He finished 20th in the first race of the year and at the second race in Argentina he qualified a disastrous 28th.

Sat on the last-but-one row of the grid, next to Jules Danilo and Federico Fuligni, it seemed like his grand prix dream was over, he was never going to make it.

“That was worst feeling I ever had in my life,” he told me a while back. “At that moment I asked myself: what am I doing here? I’d gone so far from where I wanted to be that I didn’t even know where I was.”

In fact this was the moment that turned Quartararo into a world champion.

“That was the key point that really woke me up – qualifying P28 in Argentina,” he recalled on Sunday afternoon, during his championship-winning media conference. “This was the moment where I just said, ‘wake up!’ I was sitting close to the safety car on the grid and I was scared that maybe the car might overtake me!

“But that was the moment when I said, ‘okay, my riding style is totally not working on Moto2, so I will totally change it’. I talked with the team. I said, ‘okay, guys, maybe the next two races I will finish really bad, but I need to change something’. After that moment we made a big, big step and I won in Barcelona and got a podium in Assen, which is what got me a seat in MotoGP. The lowest moment was Argentina but that’s also the moment when I bounced back and now I’m world champion.” 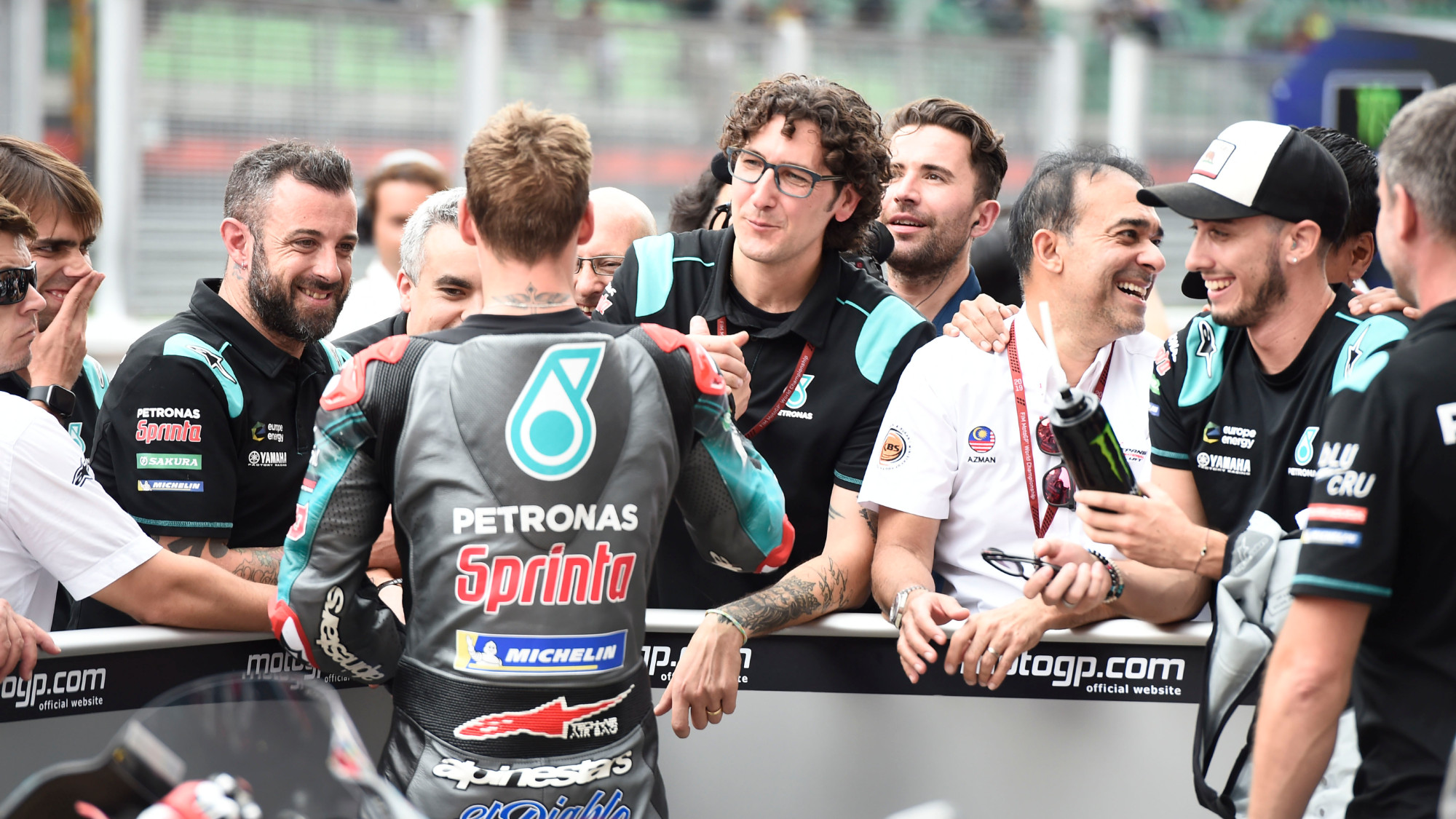 Quartararo wasn’t immediately rocket fast when he joined the Petronas Sepang Yamaha team at the end of 2018, jumping from a Honda CBR600-powered Moto2 bike to a 280-horsepower MotoGP bike.

And yet his rookie season was astonishing: pole position at his fourth race (beating Márquez’s youngest-ever pole record) and a podium at his seventh. By season’s end he was Márquez’s main problem – jousting with the world champion and chasing him over the line at four of the last seven races.

He would surely be Márquez’s biggest challenger in 2020 and when he won the first two races, while Márquez crashed out, it seemed he would win the championship.

But Yamaha’s 2020 YZR-M1 wasn’t up to it. A crucial change in machine balance had made the bike super-sensitive to track layout and weather conditions – Quartararo was up front one weekend and nowhere next, which is no way to win a championship.

This year’s M1 is essentially a clone of the 2019 bike and Quartararo has been unerringly consistent: five victories so far, at Losail, Portimao, Mugello, Assen and Silverstone (all flowing racetracks, not by coincidence), five further podiums and only two finishes outside the top six – 13th at Jerez, where he led until arm pump slowed him, and eighth at Aragon, where he was slowed by a mystery glitch.

And his riding is something to behold. Quartararo is now more animated and aggressive on the bike than ever – he dances all over his M1, transferring load between the front and rear tyres to generate grip and reduce wear. He leans far, far off the bike to spirit it through corners and knows that it’s down to no one but him to squeeze everything from his M1. He doesn’t expect the bike to do it for him.

“My riding has changed a lot since I came to MotoGP,” he explained. “In 2019 I looked a lot like [Jorge] Lorenzo, I looked like I was slow, but this year when I’m on a fast lap I feel I’m on the limit and you can see this on the TV. In these years a lot has changed with the Yamaha, so I need to be more aggressive on the bike.” 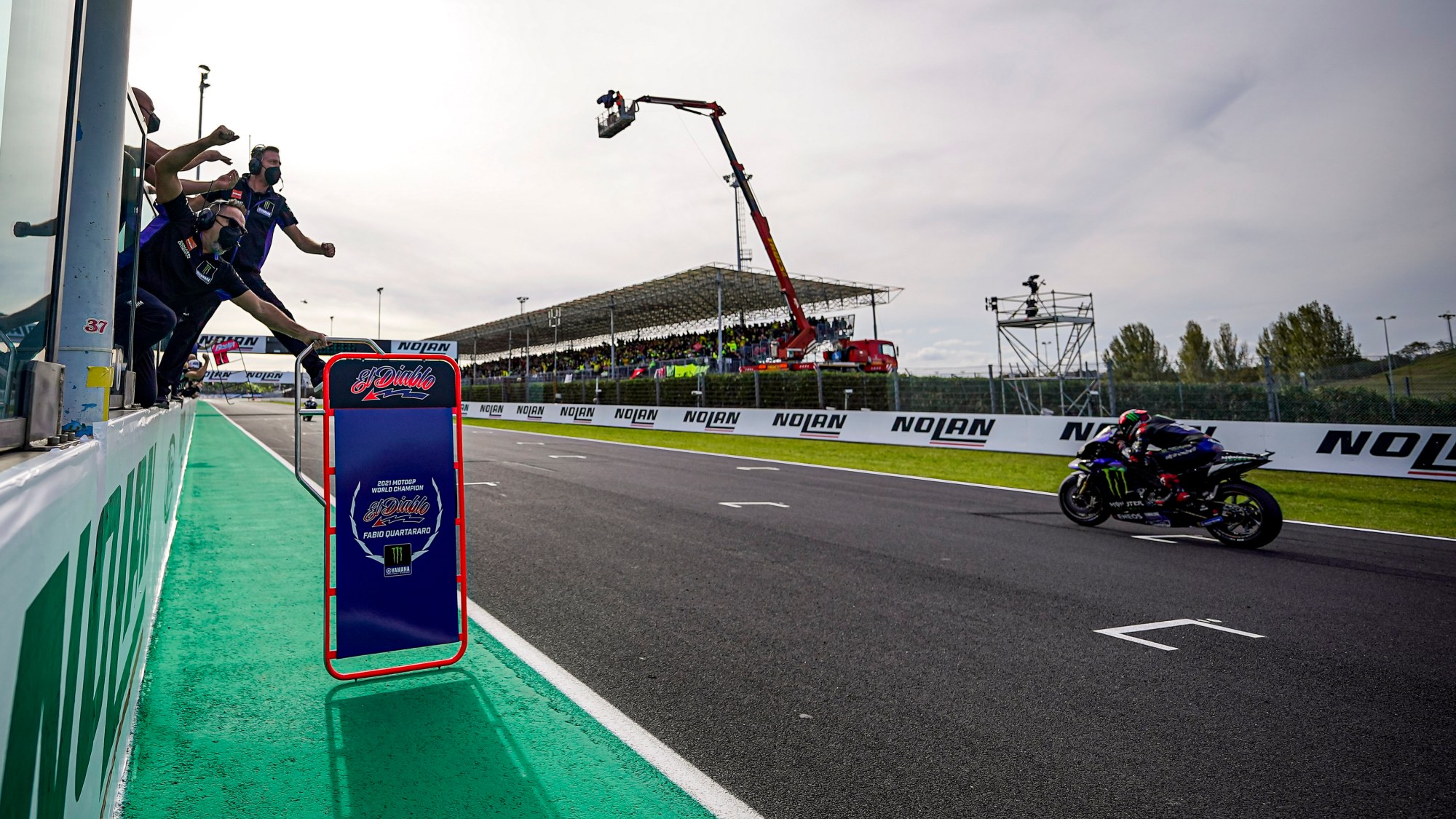 Significantly this is also Yamaha’s first MotoGP crown since the arrival of spec software and Michelin tyres in 2016. It took the Iwata engineers longer to adapt their bike to the new kit than their rivals at Honda, Ducati and Suzuki.

Qualifying has always been a Quartararo strong point – few people are better at extracting the maximum from a fresh set of tyres over two or three laps. So far he’s scored 15 pole positions to his eight race wins and this year he started all but two of the first 16 races from the front row.

A good grid position has always been important, but never more so than now, because all the motorcycles have such similar performance that the racing is tighter than ever and it’s never been more difficult to overtake.

This is particularly true of the M1, which needs a clear track to carve its fast, flowing lines that are the secret to its speed. Once the M1 gets mired in the pack it’s unable to carve those lines and its lack of straight-line grunt doesn’t help in overtaking rivals.

Quartararo knows this and his qualifying performances are a cornerstone of his title success, just like they were when Lorenzo won Yamaha’s last world title in 2015, when he started from the front row at 14 races, against Rossi’s five front rows.

Quartararo has a bit of Rossi in him – always having fun and (very nearly) always smiling, so he’s a likeable young man. He’s MotoGP’s most flamboyant world champion since the Italian veteran and like Rossi he knows how to have a good time.

He certainly didn’t take long to switch into party mode after securing the title at Misano on Sunday, which came as a bit of a surprise, because he hadn’t expected to be crowned until Portimao at the earliest.

“I’m still on the cloud – the title came so soon,” he grinned during his media conference.

He was on cloud nine, at the very least, by this point. Still wearing his leathers and undergoing interrogation by journalists he leaned over and took a huge slug from the jeroboam of prosecco sat by his side.

Once the media conference had finished he took an even bigger slug of prosecco, turned to the journalists, grinned and announced, “Today will finish in a bad way, I can tell you!”