KTM and Suzuki will give Yamaha and Honda a major fight in 2019, according to two-time 500cc champion Freddie Spencer 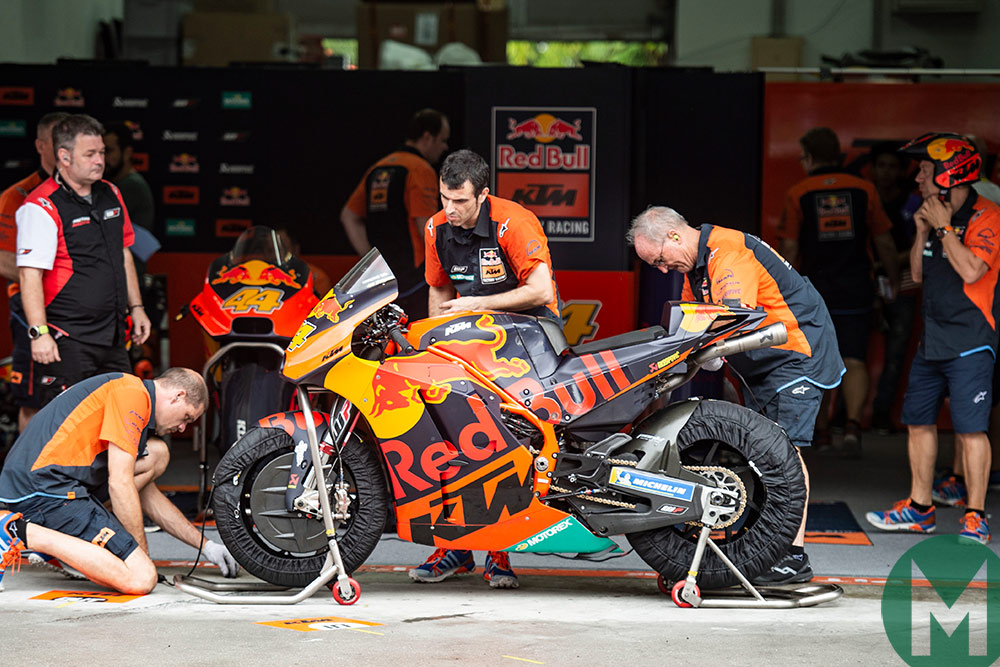 With Dani Pedrosa joining KTM as test rider in 2019, Freddie Spencer says that the Austrian manufacturer will contend with the top MotoGP manufacturers next season. And it will be the most competitive Grand Prix motorcycle season in memory.

“KTM has, in my opinion, the best potential because it’s certainly going to have a strong test programme with Dani Pedrosa as its test rider at the beginning of the season,” Spencer says. “KTM is going to have a great opportunity to step up.”

Johann Zarco will join Pol Espargaró at KTM in 2019 – a line-up that will make the next season the most competitive ever, according to Spencer.

“It’s great to see Johann finishing the season strong [with Yamaha] and leading KTM into making that change.

“KTM is going to have the best potential to step up and join the Honda, Ducati, Yamaha and Suzuki [group] next year, and that’s going to be the strongest MotoGP Grand Prix racing at the top level that there’s ever been from a manufacturer standpoint. That’s great to see,” he says.

Of course, it’s not just KTM that is showing potential – Suzuki’s late-season jump in pace will also lend a competitive spark to next season. Suzuki has earned three podiums in the last three races.

“Suzuki is up there with its strong performances and its overall package being what it is with Alex Rins and Iannone. I think the team certainly would have been incredibly strong next year just with [Aprilia-bound] Iannone… but with Joan Mir joining the programme next year, there’s a little bit of uncertainty.

“But we know that [Suzuki’s] bike has got stronger and it’s certainly right up there,” concludes Spencer.