Triple world champion Spencer says that Yamaha’s motorcycle isn’t helping, but neither are the riders’ attitudes 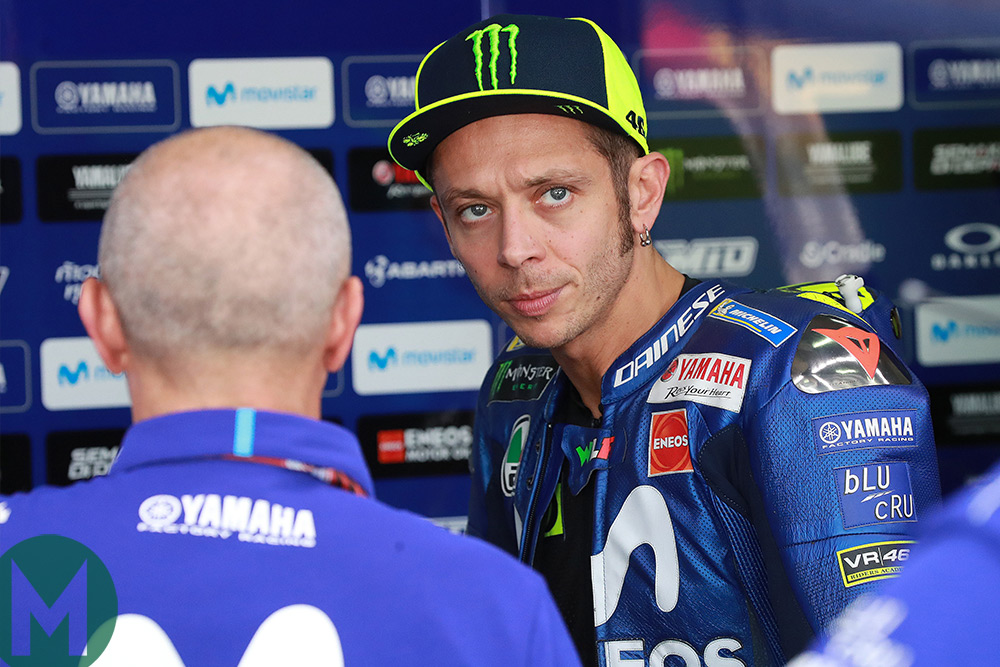 Freddie Spencer says that the Yamaha riders’ mindset is detrimental to their MotoGP campaign, although the motorcycle is clearly not performing as well as the Ducati or Honda.

“It’s almost a self-fulfilling prophecy that Yamaha is going to struggle,” says the two-time 500cc champion in his latest rider insight. “I’m not saying that the bike doesn’t need to improve – of course it does – but you can see it across the board.”

“It’s not just Maverick Viñales and Valentino Rossi struggling now but Johann Zarco too, even though he’s on the older bike.

“Some of that is certainly – and most of it is – the motorcycle, but it’s also the riders’ mindset. They don’t feel like they’re going be right up there.”

Rossi qualified 18th at Arágon having run out of time in Q1 to put in a final run for Q2, but Spencer says that Rossi now expects to have a poor weekend compared to his rivals.

“It’s not complacency, but it’s certainly that they expect things not to go well. I hope that gets fixed, certainly for Valentino at this stage of his career with the long history he has in MotoGP. To be 18th is not something he wants and not something that his fans want, and you want to see him do better – as does he – but they’re [Yamaha is] going to have to do something about that whether it’s engine configuration or the electronics.”

He cites Aleix Espargaró’s sixth-place finish at Arágon as an example of a rider’s positive mindset contributing to a strong result.

“You can see what a difference it makes,” says Spencer. “Going in and believing that it can be a good weekend, Espargaró did a great job. I was so happy for him and the Aprilia team, and that was going to motivate them and the team that there is light at the end of the tunnel.

“In that regard, the Yamahas are struggling.”

Rossi has admitted Yamaha is “in big trouble with the marriage between the bike and the tyres, especially the rear tyre,” but maintains he is still enjoying MotoGP.