Suzuki is having a nightmare MotoGP season; who to blame: the riders, the factory or the team? 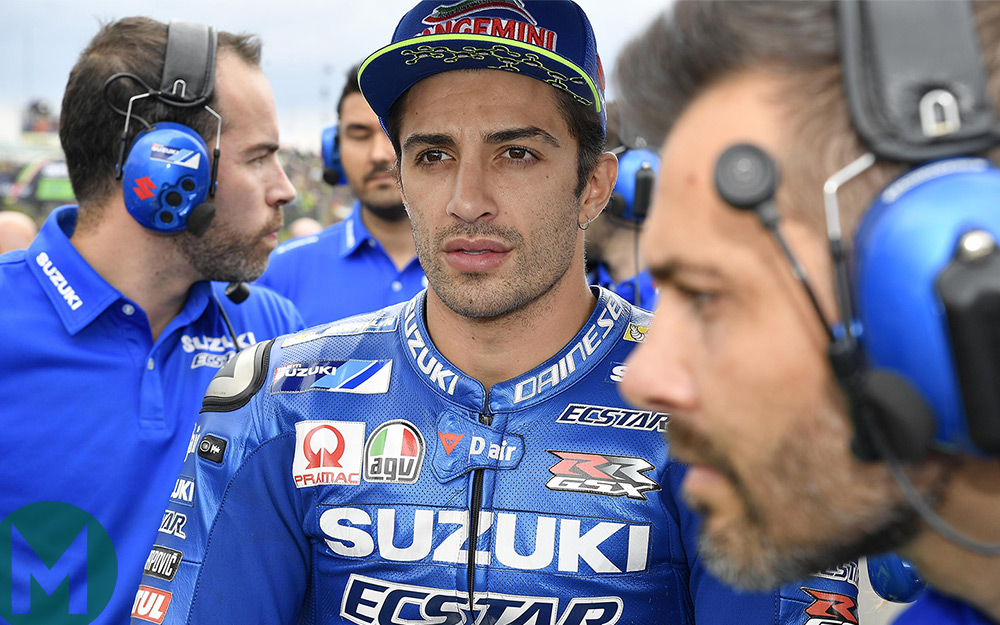 I’ve already said it, but I’ll say it again, I like Andrea Iannone, mostly because he’s funny. MotoGP is lucky at the moment, not least because the grid includes a full rainbow of characters, from angelic assassins and gritty little boxers to scary old men and (pantomime) gangsters.

It’s not me suggesting Iannone is a wannabe gangster. A journalist recently asked the Italian what he would do for a living if he didn’t race bikes and he immediately replied he would be a gangster.

Meanwhile Iannone still races bikes and right now he’s got a problem. His performances with Suzuki have plotted a steadily downward path since he first got on the GSX-RR last November: from quietly promising to loudly disappointing.

This isn’t for want of trying on Suzuki’s part. When it signed Iannone they allowed him to bring his crew chief from Ducati, but it rightly baulked at his request to import his entire crew.

Which, come to think of it, might be the way to go with Iannone, because he likes a bit of bling.

Iannone is taking a lot of criticism at the moment. He can’t make the Suzuki work for him and he’s fed up with crashing, so he’s hit the cruise control. On the one hand, this is understandable because why risk your neck when the bike isn’t right? On the other hand, the bike will never be right unless you do risk your neck. And he is well paid to do just that.

In the early stages of the season it was no great surprise to see him struggling, because the Desmosedici and GSX-RR are 180 degrees different: the Ducati is a rear-end bike, the Suzuki is a front-end bike.

Earlier in the year Iannone seemed confident enough. “The Suzuki has its strong points, like very good edge grip, very high corner speed and very good agility,” he said at Le Mans in May. “But when I pick up the bike we have too much spin and wheelie. The spin problem is a mix of things – like we can use more electronic controls but that way you only control the problem, you don’t fix it.”

By Barcelona in June he was distinctly more downbeat. “We need better electronics [traction control] but the main thing is that when I try to brake very hard and go into the corner with lean angle I always lose the front. I don’t want to crash, I want to finish the race. For this reason I ride half a second below my potential.”

Iannone lost the front and crashed out once again in Germany earlier this month. He was in 12th place at the time, 18 seconds behind the leader, riding 0.76sec off the winning pace.

In fact, Iannone isn’t crashing that much. He crashed just as much last year and so far this season almost a third of the grid have crashed more than him. 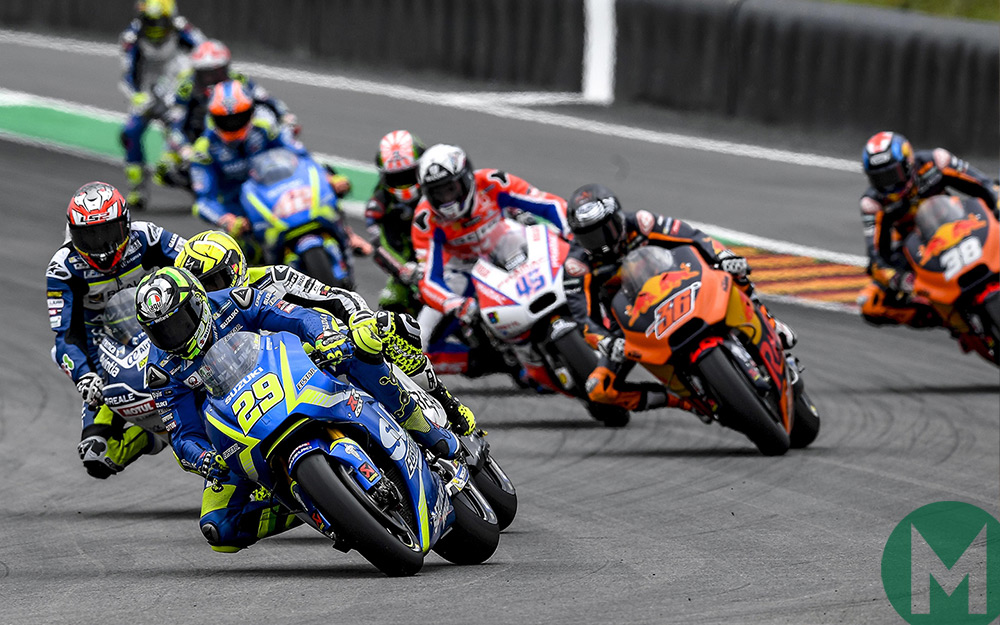 Iannone is now on holiday, which could be a good thing or a bad thing. He might be relaxing and training somewhere far from the madding crowd or he might be getting messy with his mates in Ibiza. The choice he takes might not only decide the rest of this season, but also the rest of his career.

It can be easy to lose your way when you’re a professional racer: you’re an ordinary bloke with an extraordinary skill to ride bikes. Then all of a sudden you’ve got a few million in the bank, you’re having fun with your model girlfriend, you’re flying around in private jets and you’re driving a Lamborghini. You are living la dolce vita, so why would you want to risk it all aboard a 220mph motorcycle?

Many talented riders come to that crossroads in their career: shall I have as much fun as possible while I’m doing this or do I knuckle down and get serious?

Cal Crutchlow admits that he got a wee bit carried away with the partying at one stage of his BSB career, but finally decided to get serious. He’s worried that Iannone might go the other way.

“Andrea is wasting his talent,” says the Briton. “I know how he rides. When I was at Ducati I saw his data and he was their best rider: he does some fantastic things, like the way he can overlay the throttle and brake at the same time.”

Iannone does have a problem, but Suzuki has a bigger problem. It has an often-injured rookie on one side of the garage and a talented rider who’s lost his way on the other.

How does it fix this?

And Suzuki has the perfect person. Tom O’Kane has worked in MotoGP since the late 1980s, with Team Roberts, with Yamaha and with Suzuki. Most recently the Dubliner was Aleix Espargaro’s crew chief but was moved sideways to make way for Rigamonti. He still works for the factory. O’Kane produced bike racing’s first serious datalogging kit (all 326Kb of it) and has worked with everyone from Wayne Rainey to Espargaro. He knows how to gain a rider’s trust and gently push him in the right direction, which is exactly what Iannone needs.

In the longer term, Suzuki needs more than two riders on the grid because two isn’t enough. KTM usually has two riders, but in Germany it also had Mika Kallio. The improvement was immense.

“You wouldn’t believe the difference in having three riders instead of two,” said full-time KTM rider Bradley Smith. “By the end of FP1 we already had data on every single tyre, which was huge for us. In terms of data it helps bring it all together and move things forward.”

Suzuki has stuck with two riders ever since it unleashed the RGV500 in 1987, which might explain why it has only won two titles in the past 30 years.

Suzuki’s 1993 world champion Kevin Schwantz often found himself in a similar situation to Iannone: the American was the only fast rider on a Suzuki, so the factory engineers had no one else to give them a more objective view of every situation.

Of course, Schwantz was very different to Iannone: he would happily try “full-body sacrifice” (his words) to win races.

Suzuki’s MotoGP team-manager Davide Brivio has asked the factory to increase its presence on the grid, but Suzuki team managers have been making the same request for decades.

Suzuki has reacted to its current dismal situation: it has replaced MotoGP director Satoru Terada with former race chief Shinichi Sahara. But how can that be the answer? The GSX-RR hasn’t suddenly become a worse motorcycle. It is the riders who are under-performing for one reason or another: lack of experience or lack of commitment.

Schwantz believes that replacing Terada with Sahara was the wrong thing to do, simply because it gives the wrong message to Iannone. “All that’s done is give Iannone the chance to say that’s the problem, not him,” he said.

Suzuki’s first priority must be to get Iannone on the straight and narrow. A new crew chief might be the way to drag him into line, give him some confidence and shift his attention from Ibiza back to the racetrack.