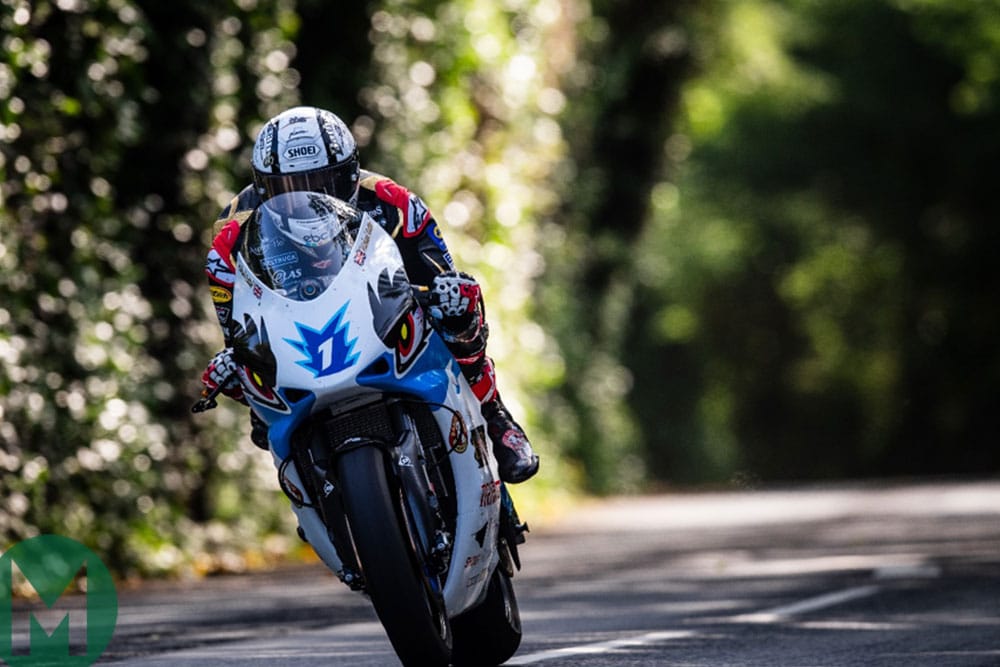 The Isle of Man TT staged that historic EV (electric vehicle) event in June 2009, when the winning speed for the one-lap race was 87.4mph. Three weeks ago the 2019 TT Zero race was won at a speed of 121.9mph. That’s some progress. If superbikes had improved at the same rate the outright TT lap record would now stand at 183.6mph.

Ironically, TT Zero is the MotoGP of electric racing, featuring money-no-object prototype bikes, while MotoE is the World Superbike Championship of electric racing, using street-based machines. The reason for this is simple: MotoE needs a full grid of competitive bikes and currently the only way to attain that goal is by using pimped-up production bikes, like MotoE’s Energica Ego.

The TT Zero is totally dominated by the Mugen Shinden, which this year lapped the TT course three minutes faster than its closest rival. If MotoE pursued the same formula there wouldn’t be much racing worth watching.

The Shinden is built by the performance company founded by Hirotoshi Honda, son of Soichiro. Mugen builds two Shindens each year, so the bikes are even more exclusive than an RC213V MotoGP machine. Mugen has won every Zero TT since 2014, during which time the company has greatly improved battery efficiency as well as overall performance. When Mugen began its TT project in 2012 it took eight hours to charge the Shinden’s batteries; now it takes 80 or 90 minutes.

The Shinden is very trick. Mugen can adjust the power output around the 37.75-mile TT course via GPS, onboard data or rider-controlled boost button. At maximum output the oil-cooled, three-phase, brushless motor produces the equivalent of 200 horsepower.

Mugen’s 2019 winner was veteran racer Michael Rutter, son of four-time TT F2 world champion Tony. The 47-year-old Midlander also rode three other bikes: an RC213V-S in the Superbike and Senior races, a BMW S1000RR in the Superstock race and a KMR Kawasaki ER-6 in the Lightweight.

Rutter has contested five TT Zero events and won them all; the first three on the American MotoCzysz, the last two on the Mugen. No one knows more about racing electric bikes, so this is how Rutter does it…

What are the big differences between an electric race bike and an internal-combustion race bike?

The Mugen is phenomenal, so the differences are very small, other than that it’s quieter, obviously, and during the last part of the braking zone, because of the weight. You’re thinking, I’m braking all right here, then you start thinking, whoa, I need to pull her up a bit here. Mugen [doesn’t] tell us how heavy it is, but just by feel I reckon it’s about 260 kilos.

So it’s a bit like riding a superbike, with a pillion on the back?

The bike doesn’t feel heavy in changes of direction and so on when you’re riding. You only feel the weight in braking and when you take the bike off the stand in the paddock.

Do you brake differently or just brake earlier?

At the TT you don’t want to be running out of road on the brakes, so it must be a bit nerve-wracking

This year it was harder than usual because of all the rain we had during practice week and race week. I literally got one practice lap on the Mugen, so I had to be careful about getting my braking distances right in the race.

How does the Mugen compare to the other bikes you ride at the TT?

It’s got phenomenal power, so it feels as strong as my S1000RR Superstock bike. Coming out of slow corners, like Ramsey Hairpin, it’s not as good, but once you’re getting up towards 150mph it feels like the BMW. It definitely motors on.

What about top speed?

Me and John [McGuinness, Rutter’s Mugen team-mate] went through the speed trap at the end of Sulby straight at 176mph, but it should’ve been more because we had so much power left at the end of the race. The Mugen technicians didn’t have enough data from practice to work out exactly how much battery power they could put into the motor. They were saying it could’ve been 180mph on Sulby.

Electric bikes give instant torque, so how does that change your throttle technique?

That’s the weird thing. At the start of this year’s race I wanted to get away from John, so I opened it up quick as I could coming out of Quarter Bridge and it spun the rear tyre, so it can catch you out. But the power is so linear that it seems to get itself out of trouble; it almost feels like it’s got traction control.

What’s it like having no gears – does your left foot get a bit itchy?

That’s the other big thing you notice – no gear-changing – but the Mugen is great because you can adjust how much ‘engine-braking’ you get going into corners. I always want a bike to pull me into the corners with a lot of engine-braking, whereas John wants his bike to be more like a two-stroke, with no engine-braking. They can dial-in the exact kind of engine-braking you want: how much you want and when and where you want it; so I just tell them what I want.

How do they dial in the engine-braking?

It’s like [regeneration] for the battery. The more engine-braking you use the more power it puts back into the batteries. It’s a small amount, but it does help.

If braking for corners is a big issue, the engine-braking must help…

Definitely. When I first rode the Mugen last year it had no engine braking, because the guys who had ridden for Mugen before didn’t want any. Every rider is different. I want more and more and more. I want to get to the point where it’s basically making the bike back itself into the corner. That’s a big deal for me.

What about corner speed compared to a Superstock bike?

I’d say there’s no difference in the fast stuff. In slow corners – first or second gear on a Superstock bike – you’ve got slightly less corner speed because of the weight. Also, I’ve noticed that the weight makes the bike pretty sensitive to bumps and white lines.

Do you have to manage the battery life?

Not anymore. When I rode the MotoCzysz I had six or seven checkpoints around the course where I had to look at all the gauges and make sure I had a certain amount of power left. With the Mugen, you just sit on it and ride it. The big concerns are battery heat and motor temperature. It was weird this year because I won the race from John, but my temperature was lower than his. I’m not sure what’s the difference – maybe it’s because he’s a few kilos heavier than me, or because I was putting more regen back into the battery.

You’ve never lost a TT Zero – is there a reason for that?

I think I’ve been lucky to be on the right bike at the right time. I was on the MotoCzysz when it was head and shoulders above everything else. The only real battle happened when Mugen turned up with John in 2013. We saw all their technicians and everything and thought we were going to get beaten. But because I could regulate the power on my bike I saved up all the power and went for it over the Mountain. It paid off – I beat John by a second.

How much have the bikes changed since you first raced the MotoCzysz in 2011?

It’s amazing how it’s moved on. This year if we had been able to use all the power available we reckon a 124mph lap was possible. I’d say I’ve got 30 horsepower more than I had on the MotoCzysz.

Do you think electric racing has got legs?

It’s a difficult question… It’s going to happen whether you like it or not, so you’ve got to embrace it. If I had the choice between riding the Mugen and my RC213V-S I’d pick the RCV, which I think anyone would. It’s the noise, the feel, the smell. Electric racing is interesting; I just wish they could make the bikes sound like an RCV!

So how would you feel if an EV race bike had more noise and 60 or 70 kilogrammes less weight?

The bikes would be much more desirable, definitely.