Every year is a big year for Marc Márquez but 2020 will resonate more than most, if he can retain the MotoGP world title. So far the 27-year-old has won eight world championships – six in MotoGP, one each in Moto2 and 125s. If he does win this year’s MotoGP crown he will equal Valentino Rossi’s tally of nine world titles – seven in the premier class, one in 250s and one in 125s. That would be an important milestone.

Most racers deny any interest in records and racing history, until they grow older and become more aware of their place in the world. Mick Doohan, Honda’s most successful grand prix racer until Márquez took that record last summer, insisted records meant nothing to him, until the all-time 500cc victory record of Giacomo Agostini hove into view; then he thought seriously about trying to beat it, until serious injury stopped him in his tracks.

Márquez has won 82 GPs across all classes, with only Ángel Nieto (90), Rossi (115) and Ago (122) ahead of him. But you could argue – and Doohan certainly did – that the only statistic that really counts is premier-class wins. “In F1 they don’t count F3000, do they?” scowled Doohan.

So far Márquez has won 56 MotoGP races, so he needs another 34 victories to overtake Rossi as the most successful premier-class racer of all time. According to his latest contract with Honda, he has five seasons – 2020, 2021, 2022, 2023 and 2024 – in which to reach that target. He will make it if he can win an average of 6.8 races per season, slightly below his current five-year average of 7.4 victories.

The target is within his sights, so long as he stays hungry and healthy.

“He seems to have an abundance of confidence, whereas other riders reach the limit and they can’t improve.”

Perhaps the best man to assess Márquez’s talent is Jonathan Rea, who has made his own history in World Superbike, where he has won more titles and races than any other rider.

“In recent years he’s also had the maturity, ‘Okay, I can do this in FP1, FP2 and FP3, but in the race I know the limits. He’s been very clever to win championships with big margins.” 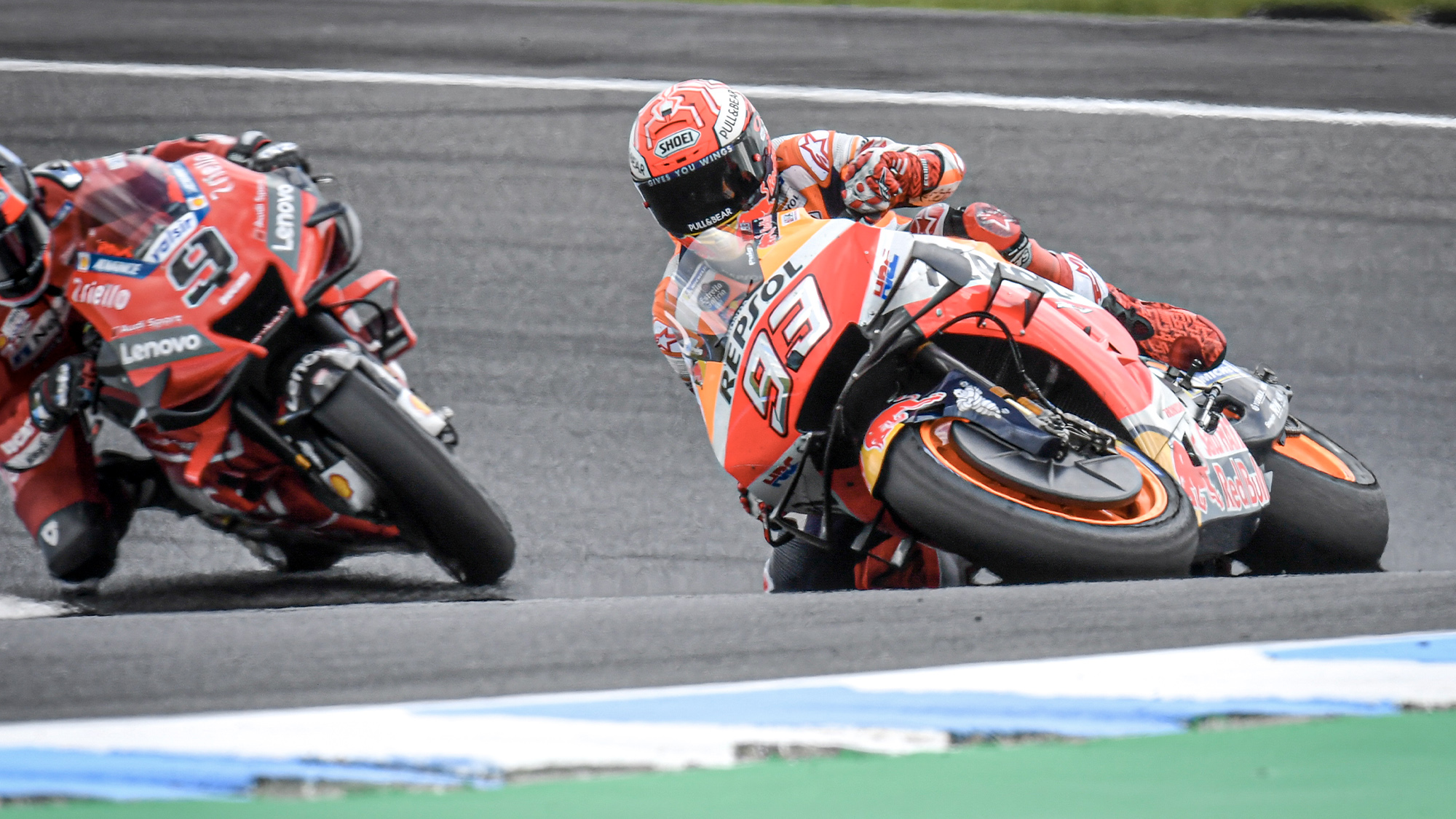 Márquez during 2019 Australian GP practice – yes, he saved it

Márquez’s genius isn’t only his ability to ride a motorcycle apparently beyond the limit, it’s also his capacity to continually adapt how he rides, according to changing circumstances, changing grip levels and so on. This is of particular importance in MotoGP’s Triple M era – Michelin and Magneti Marelli – in which the motorcycle is often outside its sweet spot. The same skill has also helped Rea in World Superbikes.

What makes Marc Márquez great? He has achieved a title hit rate better than anyone since Giacomo Agostini half a century ago by doing things the others can’t do Eight world titles…

“When you’re riding at that intensity you have to constantly adapt yourself to get the best out of the bike,” adds Rea. “You may be at a track and the chassis balance isn’t right; possibly because the set-up is too hard or too soft, but instead of coming into the garage and telling your crew chief that the bike balance is too far forward or too open or too closed or whatever, you find yourself within a few laps understanding what the bike needs to go fast and subconsciously you ride differently.

“Sometimes – and I’m sure Marc has the same understanding with Santi [Hernandez, Márquez’s crew chief] – my crew chief Pere [Riba, former World Supersport race winner] says, ‘You’re not riding the bike properly’. So he just changes the bike, because he knows that I’ll understand that the bike is requesting to be ridden in a certain way and then I’ll ride that way.

“There are some incredible riders out there, but some of them are so fixed in their riding styles that it’s impossible for them to improve, because they’re always waiting for the bike to catch up to them. What Marc has is incredibly special – it sort of shortcuts and fast tracks your way to being fast over a weekend, because you don’t spend all FP1 and FP2 learning the new front tyre they’ve brought or whatever, because within a few laps you understand how it requests to be ridden.” 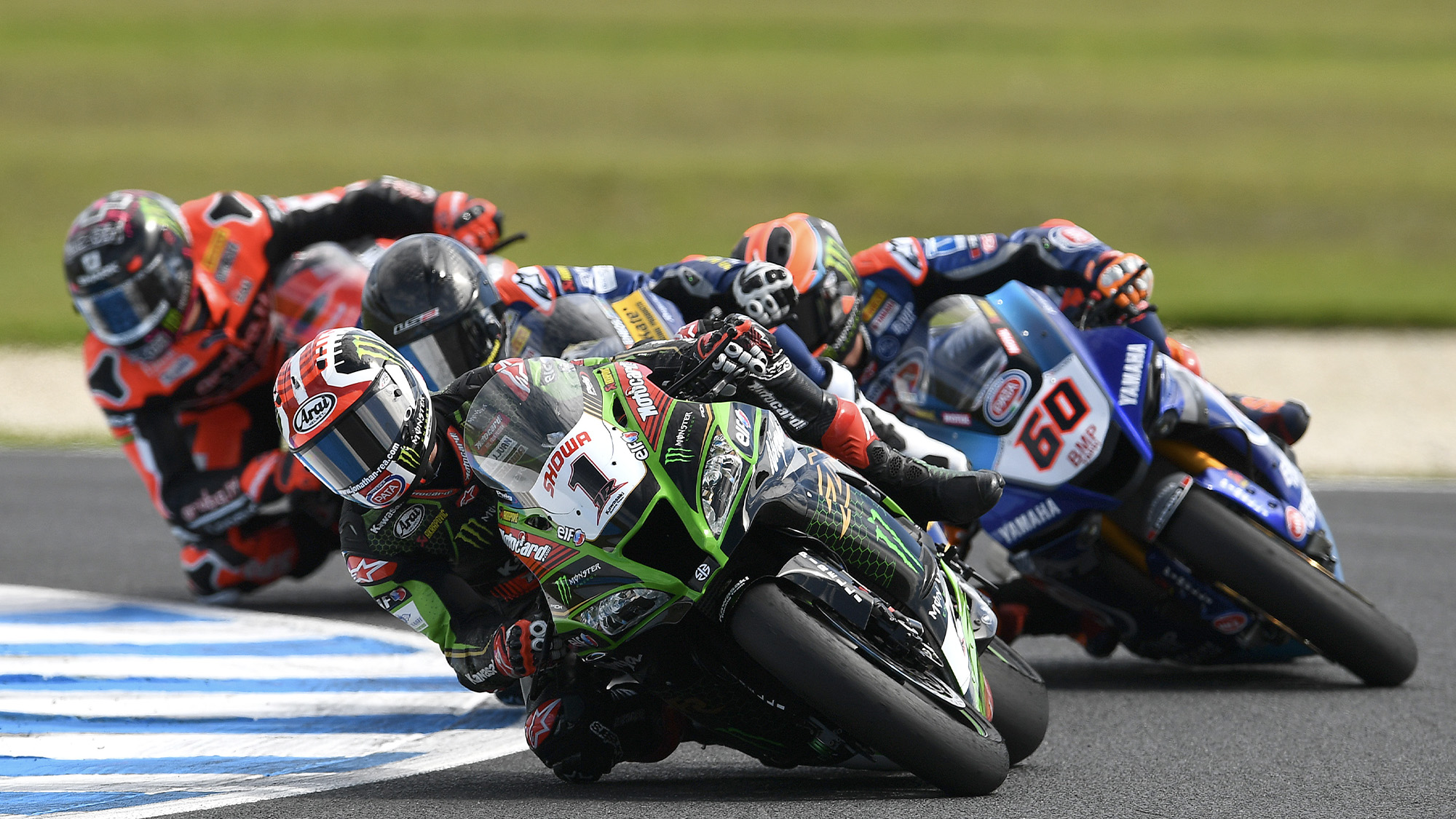 What happens on track is only one element of winning races and championships. How a rider works in the garage and how he trains away from the racetrack are also vital. Indeed his mentality during every waking moment is important, because fighting to be king of the world isn’t a part-time job.

Doohan reckons he thought about racing 90 per cent of the time, even when he wasn’t at a racetrack. “It made me a boring bastard,” said the Aussie. “That’s all I focused on, going racing. That’s what kept me happy. Everything I was doing – training, testing, whatever – I was always on it and thinking about racing.”

“For me, what Marc does off the bike is even more special…he seems to have time for everybody and he’s always smiling.”

There is one part of the job that most racers do struggle with – and Doohan more than most – the never-ending round of media events and meet-and-greets with sponsors and fans. It’s easy to understand why many racers look like they’d rather be elsewhere when performing these duties – even though they understand these events raise the money to pay salaries and build bikes – because speaking to a journalist or chatting up a sponsor won’t make a rider faster on Sunday,

The best riders are clever enough to develop strategies that allow them to perform these duties without upsetting their inner calm and focus. Márquez and Rossi are two of the best at this, and it’s no coincidence that they are the most successful riders of the last two decades.

“For me, what Marc does off the bike is even more special – how he manages situations,” Rea continues. “I’ve been with Marc close – when we’ve ridden motocross together and when we’ve been in each other’s company away from races. Sometimes I see him at an event where there are so many people that want a bit of attention from him, but he seems to have time for everybody and he’s always smiling, although you can tell that it’s maybe the hardest moment for him to be at an event or at an awards ceremony. That’s what I admire most about him.”