Johann Zarco will start from the pitlane for this weekend’s Styrian Grand Prix after being penalised for his role in last Sunday’s crash with Franco Morbidelli.

Stewards found “there was evidence of irresponsible riding from Johann Zarco” after he moved in front of Morbidelli on the approach to the Turn Three braking zone.

Immediately after the crash, Morbidelli described Zarco as a “half-assassin” but later retracted the comment after seeing more footage from the collision.

“Before you ask me, I will tell you that I am sorry about what I called Johann after the race. It was a too strong a statement,” Morbidelli said. 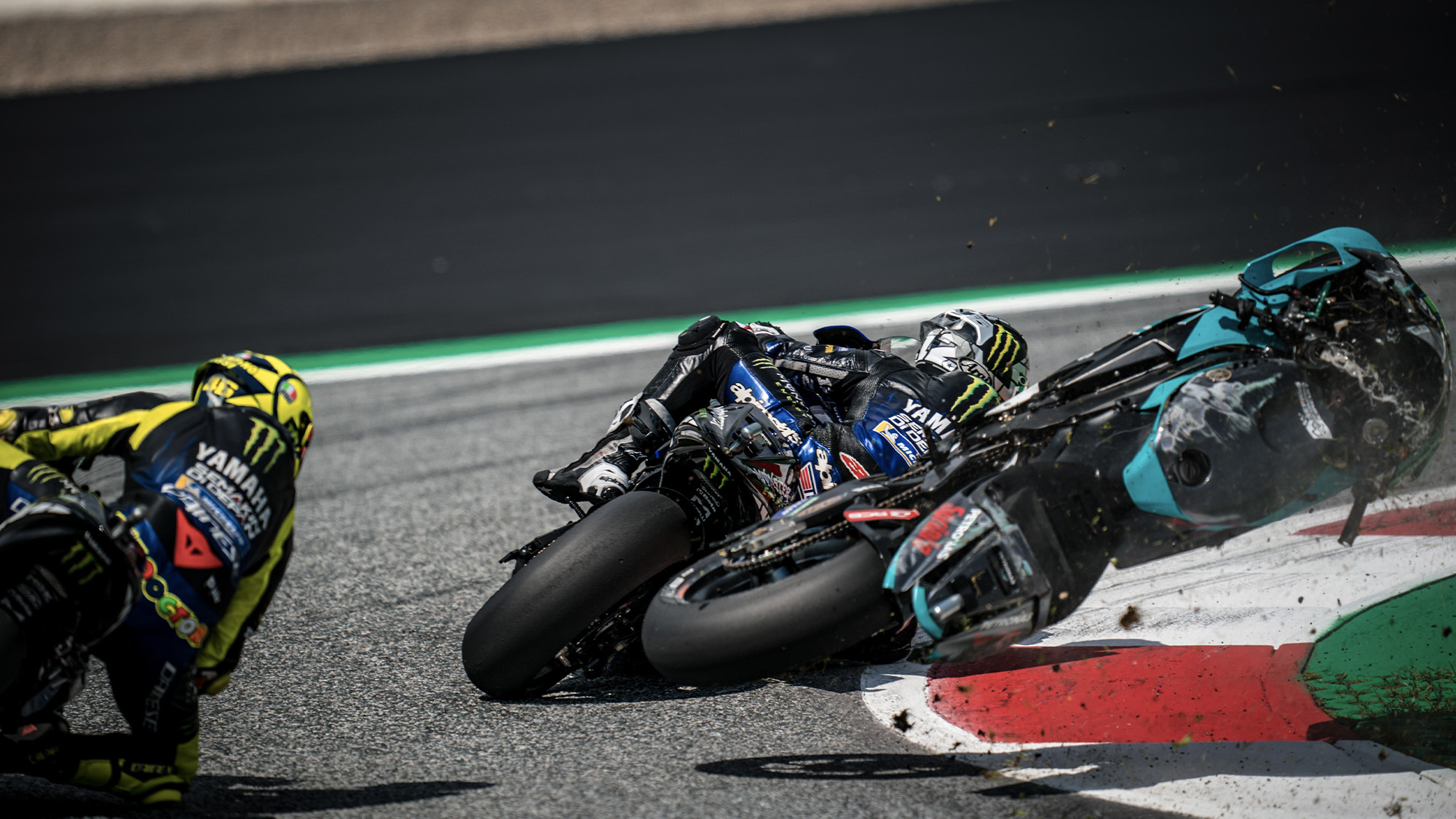 Valentino Rossi, who narrowly missed being hit by Morbidelli’s Yamaha, agreed that Zarco had made a mistake. In a social media post, he wrote: “Zarco didn’t intentionally cause such a crash but it still remains a serious error of judgement, one which a MotoGP rider cannot afford, especially at 310km/h.”

Zarco fractured the scaphoid of his right hand in last weekend’s crash and had surgery on Wednesday. He will sit out Friday, but plans to return to the circuit on Saturday.

A new barrier has been installed at Turn Three in an attempt to prevent a repeat of last weekend’s near-miss. Morbidelli and Zarco’s bikes slid off the track just after the Turn Two kink, but their momentum took them up the hill and back onto the circuit at the right-hand Turn Three, narrowly missing other riders.

If Zarco is unable to race this weekend, his penalty will apply at the following Grand Prix at Misano.