Surely, this is the weirdest MotoGP season ever.

I’ve been in the paddock for roughly half the 72 seasons since the world championships were born and I can’t remember a season like it.

First, this is only the fourth time the MotoGP world champion hasn’t been around to defend his title. The last time that happened was way back in 1961, after 500cc king John Surtees climbed off his MV Agusta and into a Lotus Formula 1 car.

Every year since then the reigning world champion has been racing, hoping to retain his crown. True, Marc Márquez lit up the season-opener at Jerez but he’s not scored a single point.

Second, this is the only season affected by a global pandemic.

Third, which is linked to my second point, this is the lowest-scoring MotoGP season since the dawn of the championship back in the 1950s. This is an astonishing achievement if that’s the word.

After 2020’s first ten races Joan Mir leads the championship on 121 points, which is less than half of the points up for grabs. The only time the championship has been won with less than 50 per cent was in 1952, when Gilera’s Umberto Masetti took the title, with 43.7 per cent of the available points.

Mir is currently on 48.4 per cent. Compare that to Márquez’s 88.4 per cent from last year, which makes you wonder if the reigning champ really could win the title with one arm tied behind his back

Grand prix bikes of the 1950s were very fragile pieces of machinery – metallurgy was basic, lubrication was basic, everything was basic – so they suffered frequent mechanical DNFs. In 2020 MotoGP bikes are mostly indestructible.

The difference, of course, is that Mir doesn’t lose points because his machinery breaks, he loses points because rivals steal them from him and because sometimes he dumps them in the gravel.

But if Mir is so bad, what about everyone else?

The entire grid is losing points thanks to Covid – the pandemic has forced MotoGP to stage many races at unusual times of year, so riders and engineers aren’t used to operating at these track temperatures, so they miss the Michelin window more often than not. That’s why one weekend one rider gets it right and another weekend a different rider gets it right, hence eight different winners from ten races. 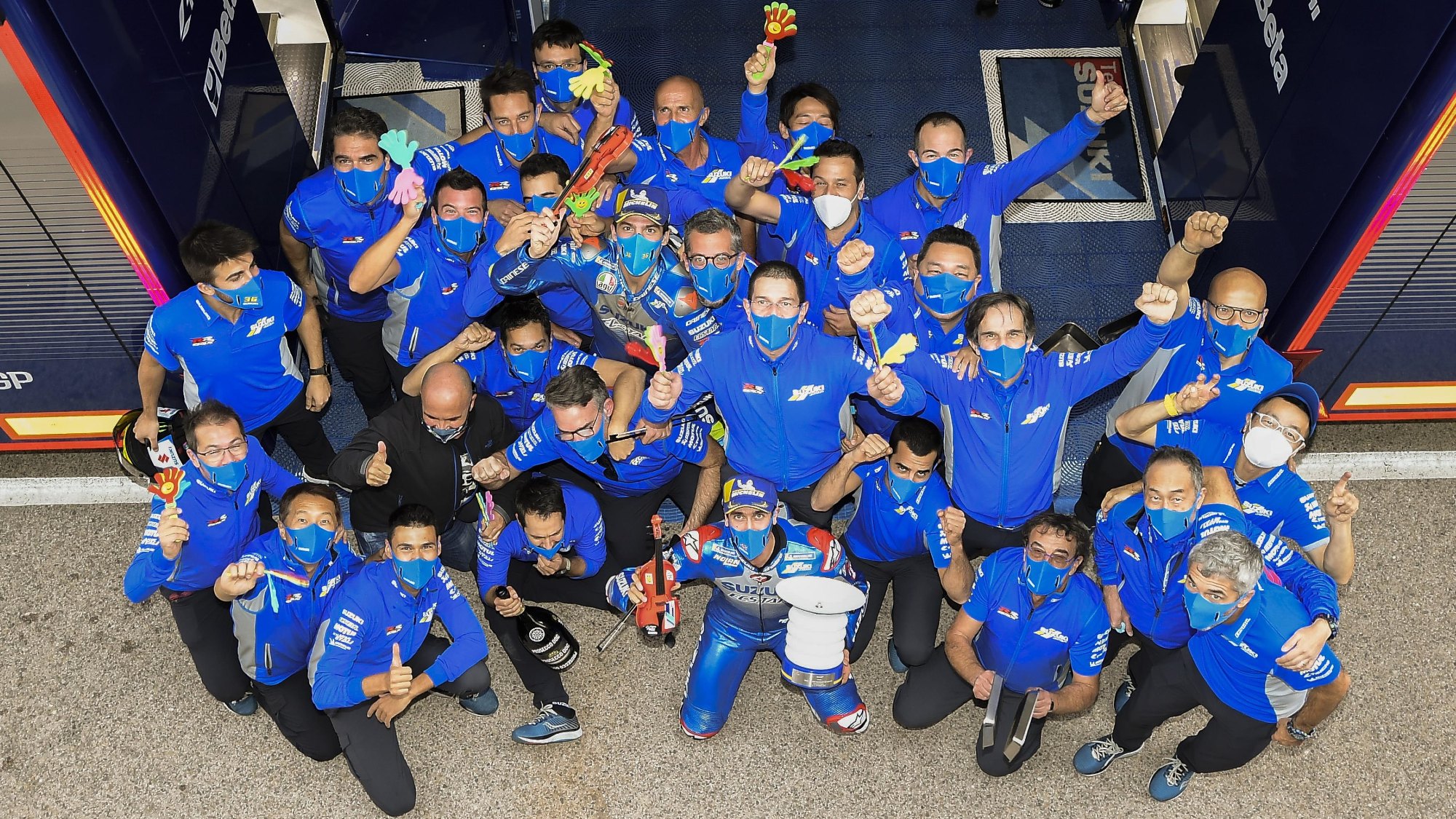 The most consistent rider, which is why he’s on top. He has scored five podiums – three seconds and two thirds – while no one else has had more than three podiums. But he has yet to take his first win.

Spain, DNF, crashed trying to fight through the pack

Andalusia, 5th, in conservative mode after his crash at Jerez 1

Czech, DNF, taken out by a crashing Iker Lecuona

The most up and down rider, his three victories are balanced out by three disasters. Has had nine front-row starts and he’s only climbed the podium at three races, always on the top step.

Austria, 8th, brake problems leave him out of the fight

Styria, 13th, unable to break clear of the pack in restarted race

Emilia Romagna, 4th, loses one position due to track-limits offence

France, 9th, struggles to get heat into his rain tyres

Three pole positions but only one victory, with a mishmash of results that has the king of inconsistency and his baffled crew wondering what might have been. Seems to struggle with Sunday pressure.

Spain, 2nd, soundly beaten into second by his future team-mate

Czech, 14th, loses rear grip, said this was his worst race on an M1

Austria, 10th, clutch slip put him 20th at the end of lap one

Catalunya, 9th, swallowed by the pack and can’t find a way out

France, 10th, fights back from 20th after avoiding Rossi’s crash

The three-times runner-up should’ve been in charge with Márquez out. But he can’t ride the way he used to ride with Michelin’s 2020 rear slick. Led the points after Misano 1. Hasn’t had a top-five in five races.

Spain, 3rd, surprised to get third after starting from the third row

Andalusia, 6th, doesn’t have the front feel he needs to attack

Czech, 11th, low-grip problems get worse as the race goes on

Styria, 5th, struggles on corner exits, well out of the victory hunt

Catalunya, DNF, taken out by Johann Zarco on lap one

France, 4th, soft rain tyres don’t allow him to fight to the end

Aragon, 7th, Ducati in more trouble than most with the cold track

Four races to go – this weekend at Aragon, then another triple-header with two races at Valencia and the finale at Portimao.

Who will be strongest? You’ve got to be having a laugh! No one knows, not even the riders, teams or factories.