Sunday’s race may have been a heart-pumping 220mph dogfight but my highlight of the night was watching winner Fabio Quartararo giggling atop the podium, while runner-up Johann Zarco sang along to La Marseillaise.

Modern motor sport podiums can be humdrum affairs, as riders and drivers crunch the numbers through their brains, preparing for lengthy debriefs with armies of technical staff. They’ve had their fun, now the real work begins.

Sunday was different. Quartararo and Zarco made history – the first French one-two in MotoGP and the first time two Frenchmen had stood on a premier-class podium since 1954, when Pierre Monneret and Jacques Collot finished first and third in the French GP around the Reims street circuit.

That was so long ago – in 1954 Winston Churchill was British prime minister and Elvis Presley released his first record – that 21-year-old Quartararo couldn’t quite get his head around it.

“Honestly, in 1994 I wasn’t even planning to be here – I was born five years later,” he said, answering a question about the Monneret/Collot feat during the post-race media conference.

“Ah, so, err, we’ve made some history,” grinned the race winner. “I feel proud for France and I think Johann does too.”

This race was more significant for Zarco than for Quartararo, because it completed his resurrection as a racer, from a potentially career-ending decision in August 2019 to MotoGP world championship leader in April 2021. And on Easter Sunday too.

Zarco has changed hugely in the past couple of years. When he was on the way up he was always terribly serious. Perhaps this is what happens when you leave home as a teenager to live with your mentor and manager who is so determined to mould you into a world champion that he doesn’t want you to have a girlfriend.

No wonder someone nicknamed him ‘the warrior monk’.

Back then Zarco was an interesting interviewee but he wasn’t easy to chat with. He was one of those riders that gets suspicious if you keep asking questions about his riding technique, like he’s worried you’re trying to steal something from him.

Zarco was Moto2 world champion in 2015 and 2016 and a heroic MotoGP rookie in 2017, riding for Tech 3 Yamaha. He led his very first race, at Losail, charging away from the pack and then crashing out, chucking away a comfy 1.6-second lead. 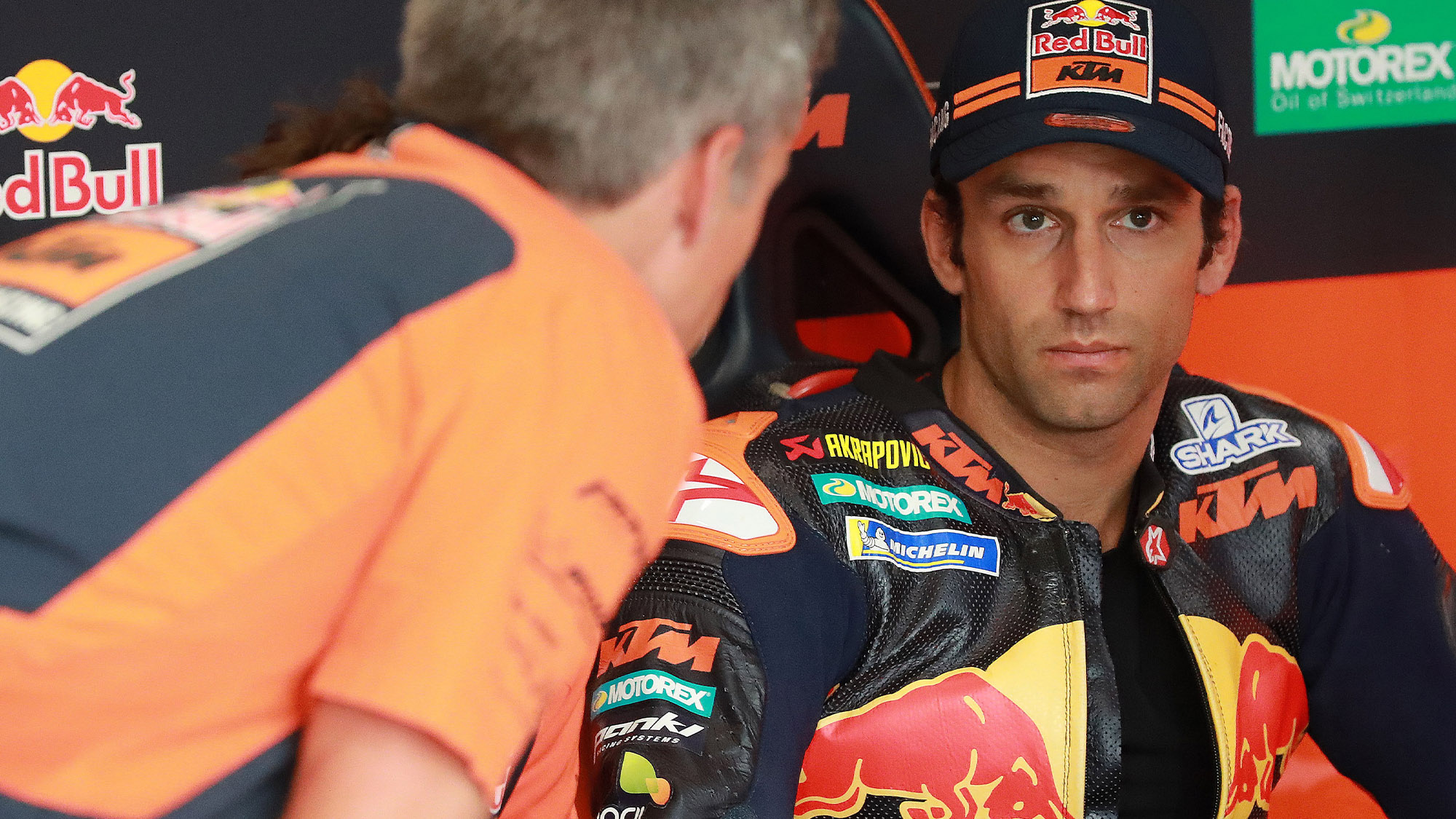 Zarco looked shellshocked during much of his time with KTM

Two races later at COTA he enraged Valentino Rossi by running him off the track.

“It’s not right,” said Rossi. “Either I did what I did or we would’ve touched and crashed.”

Zarco wasn’t bothered. “This is racing,” he said.

Soon he had Honda, KTM and Suzuki chasing him for a factory ride. He ended up signing with KTM, because his manager Laurent Fellon (father of Moto3 rookie Lorenzo Fellon) believed the RC16 was the right bike for him.

“I’m near the Holy Grail and if I make the wrong decision I’ve done everything for nothing.”

His fall from MotoGP hero to zero was precipitous. At Assen he did what very few riders ever do – he pulled into the pits halfway through the race because he didn’t feel in control of the bike and was worried he would crash if he kept going. By August 2019 he had had enough, so he told KTM he was quitting, right there, right then.

“The fact that Johann turned off the bike in Assen was a sign of burnout syndrome,” said KTM race boss Pit Beirer. “We made a test with him at the Red Bull Training Centre in Thalgau, which showed that his body is completely ‘acidified’.”

All this time Zarco was in the process of making a documentary – Johann Zarco, a daring champion – with former French grand prix rider Bernard Fau. I watched the doc last week and it’s excellent. 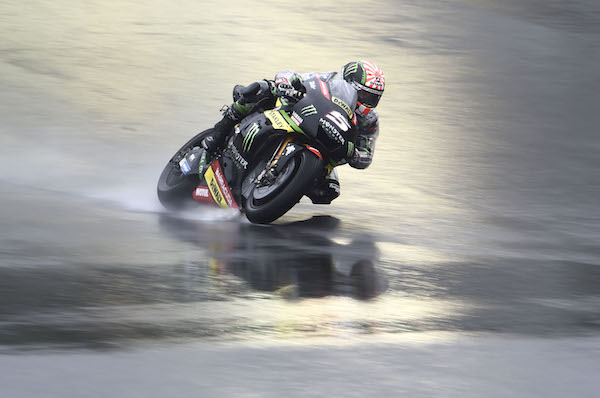 How does Zarco do it?

No doubt about it, Johann Zarco was MotoGP’s new kid on the block last season. Except he wasn't much of a kid at all, says Mat Oxley The Frenchman was…

Fau, one of the dazzling gang of French riders that lit up GP racing in the late 1970s, interviews Zarco on several occasions around the time of his bust-up with KTM.

“Sometimes I feel like it’s the beginning of the end,” says Zarco, speaking in the garden of his house in the south of France, no doubt bought with his Red Bull salary.

And later… “Suddenly there was fear there for the first time: I’m near the Holy Grail and if I make the wrong decision I’ve done everything for nothing.”

And later still, while sitting on a friend’s yacht off the Cote d’Azur, reflecting on recent events… “It’s all too painful.”

Zarco admitted to another journalist that he felt ashamed of what had happened. In other words he was in a kind of purgatory during this period, scared that he had dedicated the last decade of his life to something for nothing. Except two world titles and a nice house with a swimming pool, of course. 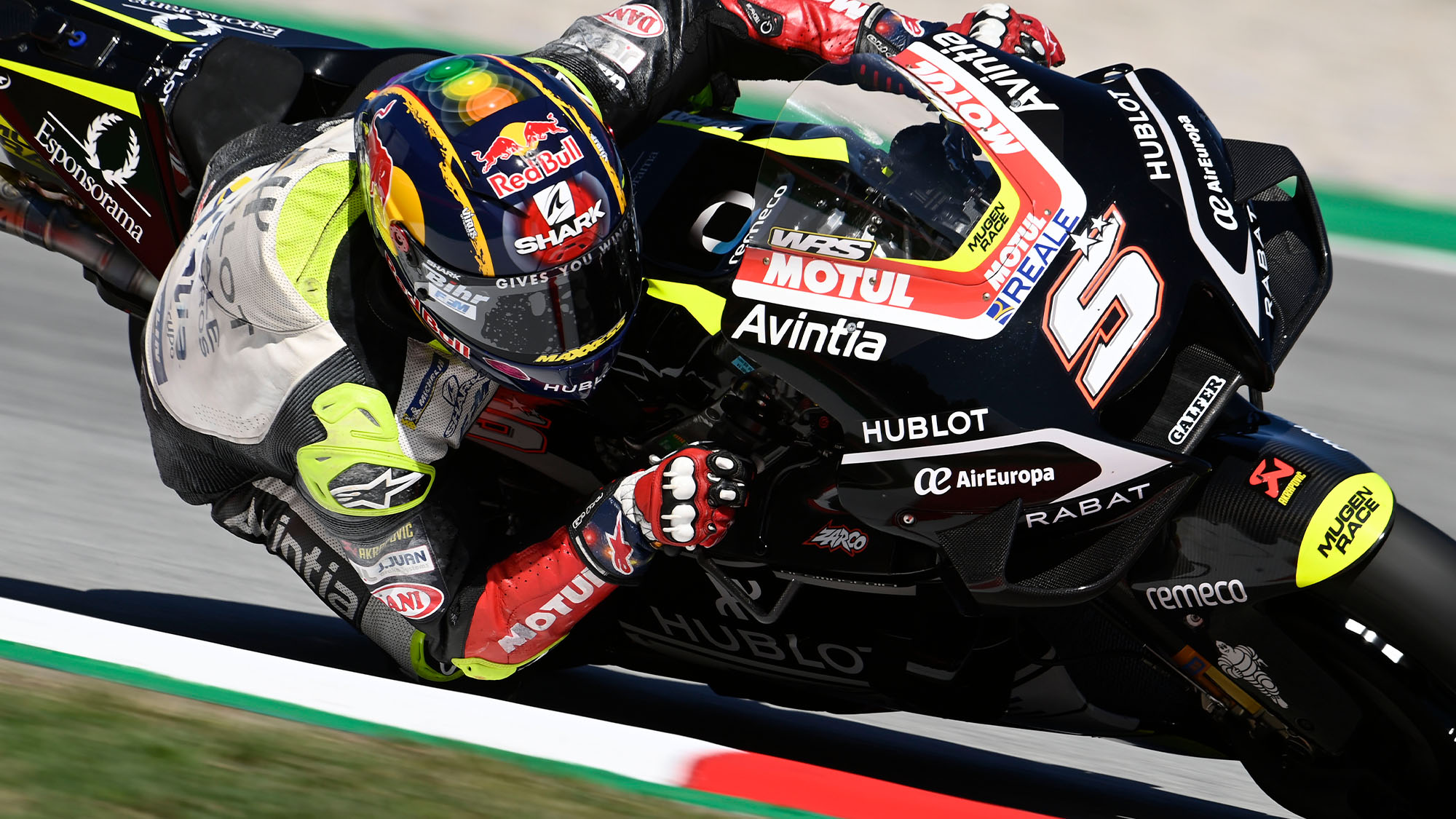 He considered a retreat to Moto2 to rescue his career, but at the last moment he was rescued by Ducati, who assigned him to its C team for 2020, promising him factory support.

Zarco rode last year like his 2017 rookie season – nothing out of bounds and a bit out of control, because he knew it was do or die.

His aggression, determination and talent convinced Ducati to promote him from Esponsorama to Pramac for 2021. And here he is – world championship leader. 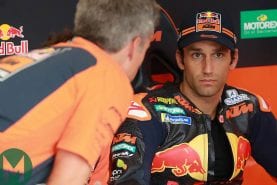 Of course the best thing about all of this for Zarco is that he’s saved his career. For me it’s his transformation from solemn warrior monk to grinning philosopher prince, always happy to chat and explore his thinking and his doings, no longer suspicious of his interrogators.

It’s easy to understand this metamorphosis. It’s that old saying: you only know what you’ve got when you lose it. When Zarco stared into the abyss of career oblivion in August 2019 he understood how far he had climbed and how far he had to fall.

Now he’s climbed even higher and this time, most importantly, he is able to enjoy the view. That was the best thing about watching him and Quartararo on Sunday night’s podium. Because when was the last time you saw a rider banging out his national anthem, enjoying making history, while ‘conducting’ the anthem?

“That’s why I sang, because we have to enjoy this moment,” he said. “You have to try to be happy, but clearly life doesn’t always help you to get this feeling. What happened two years ago is part of life. What I decided then is done and I cannot say if I took the right decision or not. I went my own way and I’m so happy to be back with the top guys. I’ve had a lot of fun at these first two races and it’s thanks to Ducati that I’m here. We will keep living this moment…”