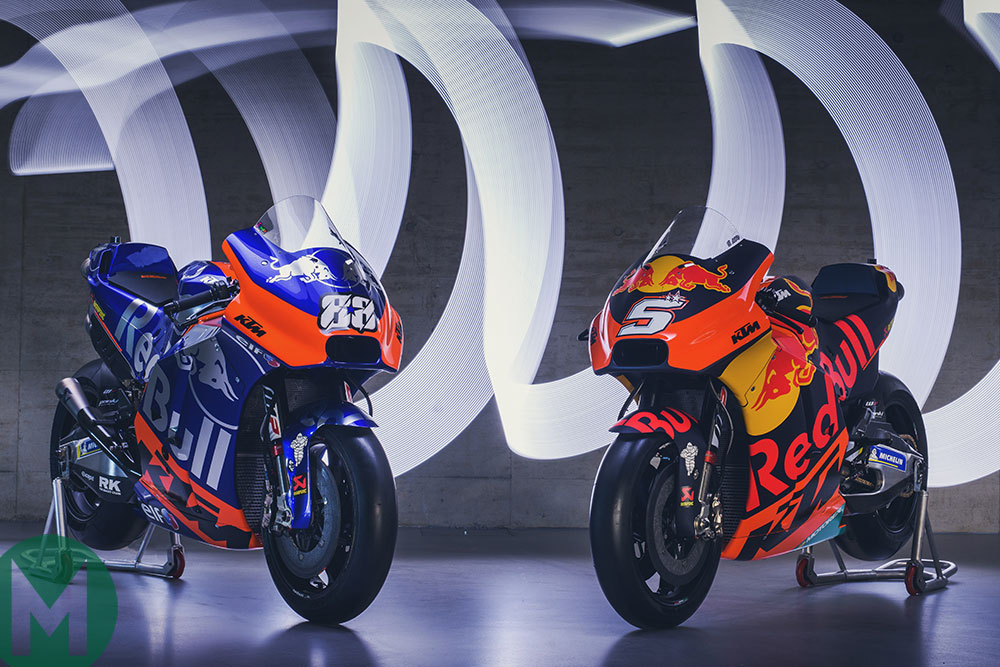 KTM revealed its 2019 MotoGP liveries in Austria on Tuesday.

Johann Zarco and Pol Espargaró will ride the MotoGP bikes, which sport a blue and orange livery; satellite team Tech 3 has a Toro Rosso Formula 1-style livery with rookie Miguel Oliveira and Hafizh Syahrin piloting those KTMs for the 2019 season.

Espargaró revealed to Mat Oxley that he got “confused” at MotoGP testing in Sepang, Malaysia, this month: “Every three laps we stop and try another new part – I’ve done so many laps like this that I sometimes lose my way and get confused,” said the Spaniard.

“I also had a crash, because when you have something new to try you must push hard, so you need to take risks and sometimes you crash.”

Zarco explained that his biggest gripe with the bike has been solved. “We have worked a lot on getting confidence in corner entry, so I could relax more,” said Zarco. “Now I have an easy feeling into corners, with good control.”

More: Has Zarco made his big breakthrough?

“It was frustrating because we improved the bike but we were never in a position to show what we’ve got, at least in the dry,” says Espargaró’s crew chief. “At one point the injuries forced us to stop chassis development.”

More: KTM: ‘We are at the tip of the iceberg’