Marc Márquez has undergone a third operation on his fractured arm and now faces a battle to be fit for the start of next year’s MotoGP season.

It typically takes several months to recover from the procedure, and the Honda rider has less than four remaining until the MotoGP grid is due to line up in Qatar for the opening race of 2021.

As recently as September, Márquez had been hoping to be back on the grid this year, after an intensive process to recover from the injury he suffered during the first race of this year in Jerez.

But scans showed that the fracture to his humerus was failing to heal and further surgery was required.

In an eight-hour operation on Thursday, surgeons applied a bone graft from his hip to the injury and replaced the plate over the site.

The procedure uses a flap of bone rich in blood vessels which has been shown to promote bone healing where other attempts have failed. 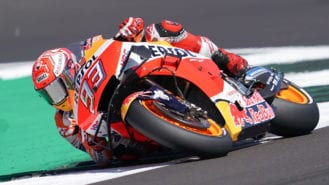 It’s been strange not writing about Marc Márquez these last few months. Ever since the middle of 2012, when he signed his first MotoGP contract, he’s stolen most of the…

Honda has not provided an estimate recovery time for Márquez. A 2011 patient study from the American Mayo Clinic in Minnesota showed that it can take between 2 and 12 months for fractures to heal after the procedure.

Other studies suggest an average recovery time of between four to six months.

The first test of the MotoGP season is due to take place from February 19, just over five weeks before the first race on March 28 — assuming no continuing disruption from Covid.

“Marc Marquez has undergone a new operation on his right arm as a result of the slow healing of the humerus bone, which has not improved with specific shock wave treatment,” Honda HRC said in a statement.

“The rider has undergone surgery at the Hospital Ruber Internacional, in Madrid, for a pseudarthrosis of the right humerus.

“The surgery consisted of the removal of the previous plate and the placement of a new plate with the addition of an iliac crest bone graft with a corticoperiosteal free flap.

“The surgical procedure lasted for eight hours and was uneventful.” 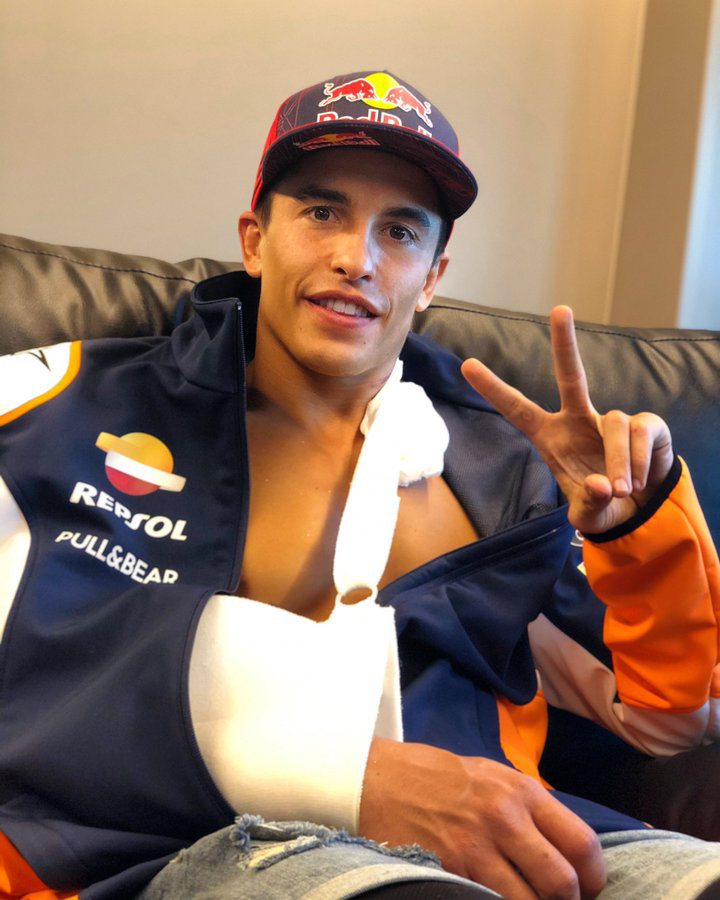 Márquez got back on his bike straight after his first operation, but he wouldn’t race again this year

Márquez’s troubles began in July, at the start of the season in Jerez. He had run wide early in the Grand Prix, dropping him to the back, and was making a brilliant comeback through the pack, running third and on the tail of second-placed Maverick Viñales, when he was thrown from his Honda in a high side crash.

As he and the bike tumbled across the gravel, the front wheel hit his right arm, causing the injury that ended his season.

He underwent the first operation to fix a plate to the fracture two days later, and felt strong enough to return to the circuit for the following weekend’s race. But he found qualifying too difficult and abandoned the session.

A week later, the plate in his arm broke as he was opening a heavy glass sliding door and Márquez had a second operation.

He moved his physiotherapist into his house in an attempt to recover as quickly as possible, and was treated with shockwave therapy, using sound waves that have been shown to improve bone healing, but doctors have now decided that a new approach is needed.