Maverick Viñales topped last week’s MotoGP tests, but it may take a while before he’s on top for real 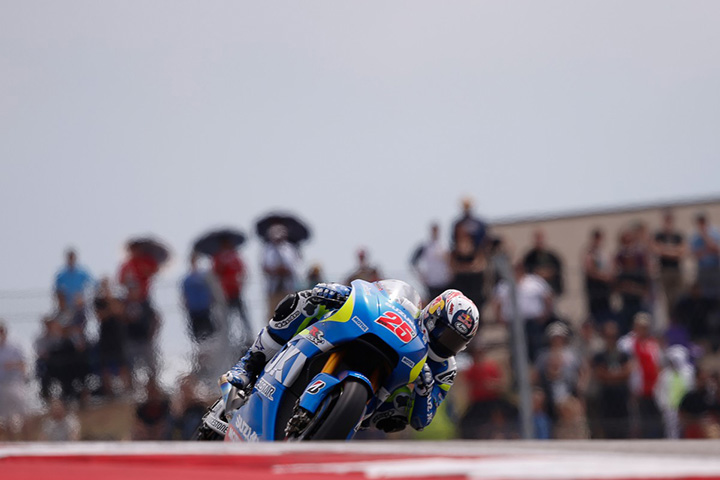 It was no great surprise when Maverick Viñales showed the rest the way home at Phillip Island last week.

Last year at Phillip Island the class rookie finished just six seconds behind winner Marc Marquez, on a bike that was 7mph and probably 20bhp down on Marquez’s Honda. That’s the joy of Phillip Island: it may be the fastest MotoGP track of them all, but its fast, sweeping curves allows real talent to use corner speed to compensate for lack of horsepower.

Viñales is one of those spectacular talents that jumps out at you, like Marquez or Casey Stoner. You’re standing trackside and you flinch in awe as he comes rocking past, toying with the bike, making it do things it shouldn’t be able to do.

If his genius hadn’t grabbed you by the time he won the 2013 Moto3 title with an audacious pass at the last corner of the last race, it surely must’ve done by the time he cruised to victory in only his second Moto2 outing, at Austin in April 2014. 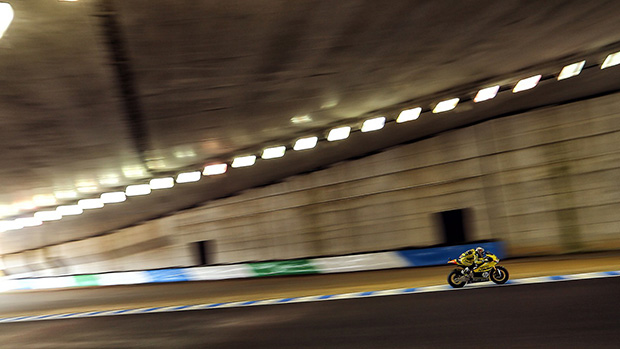 The 21-year-old’s Phillip Island performance turbocharged talk about his future, because like every other factory rider in MotoGP, his current contract expires at the end of this year.

In fact, Viñales is the only factory rider not fully out of contract; he has an option for a third year with Suzuki, but it’s difficult to see him staying when he’s got Repsol Honda knocking on his door.

Movistar Yamaha won’t have any room for him unless Jorge Lorenzo goes elsewhere and Valentino Rossi decides to quit – both unlikely – which makes Repsol Honda most likely, unless he gambles on Ducati.

I interviewed Viñales shortly after his MotoGP debut in Qatar last year. He had finished the race a not-so-brilliant 14th, but what most people didn’t know was that his GSX-RR’s rider aids – traction control, wheelie control and so on – had gone AWOL from the start of the race. Many riders, faced with a system-fail light blinking in their eyes, would’ve returned to the pits. Not Viñales. And he didn’t just soldier on; he enjoyed himself hugely, etching his name in scorched rubber on the floodlit tarmac (figuratively, not literally). And he set the fourth fastest time through the third sector of the track!

“At first I was a little scared,” he said. “But in the end it was a lot of fun. I was sliding so much, it was good. And also I got some experience of passing riders.” With no electronics!

“My style is a bit similar to Marc’s: a bit on the limit, a bit out of control. And mentally I am quite strong – in a race I never give up. If I have a rider in front who can go two tenths faster than me, I will still try to catch him and pass him.” 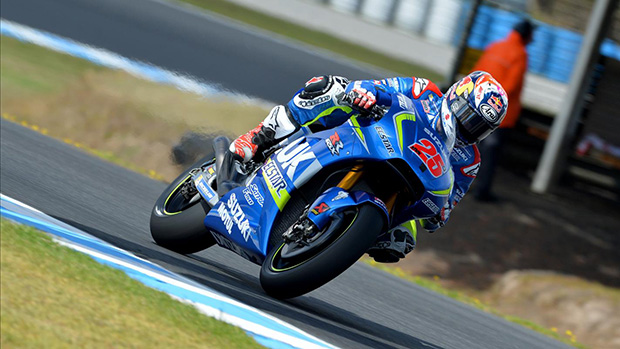 The youngster’s throttle control was brilliant from his first rides on the Suzuki, and now he’s added corner speed to his armoury, so by 2017 he will be a title contender, if he can get the right bike.

Viñales worked his way up Spain’s racing ladder alongside Marquez – who is three years older – fighting with him in Copa Conti and Metrakit races. “One day I’d win; the next day Marc would win.”

If Viñales does end up on a Honda next year, there’s no doubt they will resume their minibike battles, but this time at 220mph.

Some might argue that Viñales’ career is manifest destiny: with a name like Maverick, how could you not be a top motorcycle racer?

Viñales’ dad adored Top Gun and Maverick has no idea how many times he’s seen it. What he didn’t know – until I told him – was that Top Gun was the GP paddock’s favourite film of the late 1980s, when Kevin Schwantz, Wayne Rainey, Mick Doohan, Eddie Lawson and Wayne Gardner fought each other on their scary 500 two-strokes, like Maverick Mitchell firing his F14’s afterburners in pursuit of wargame rival Tom ‘Iceman’ Kazanski.

Any GP evening would find Schwantz and the rest sat inside their motorhomes, sinking a few beers and shouting at the TV as Maverick ducked and dived with Kazanski. Lawson went as far as adding the film’s mantra – ‘I feel the need, the need for speed’ – to the reg plate of his Porsche 911 Turbo.

The other thing that Viñales didn’t know – until I told him – was the real origin of the term maverick. It has nothing to do with F14s laying vapour trails and everything to do with Texan cattle.

Samuel Augustus Maverick was a 19th century Texan rancher, lawyer and politician. He was obviously a busy man, so busy that he couldn’t be bothered to get his cattle branded. Thus his unbranded cattle were not part of any herd and became known as Mavericks, which soon came to mean ‘independently minded’. 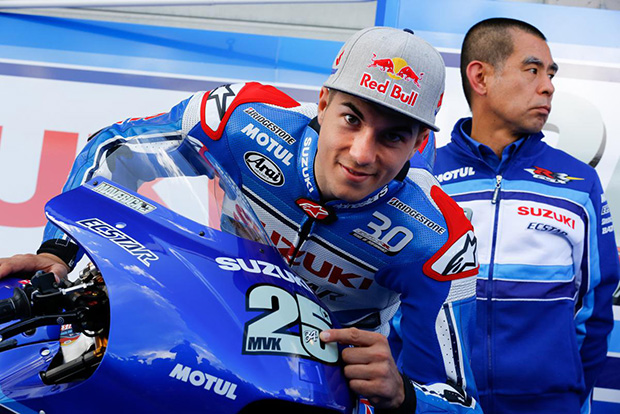 Viñales is certainly that. Those with longer memories will remember him walking out of the Sepang paddock on the eve of the 2012 Malaysian GP, driving to the airport and flying home; all because his Moto3 bike was too slow. He took a lot of flak for what he did that day, but it proved he’s a man who does what he wants to do, not what his team or anyone else tells him to do. And that’s a rare thing in today’s world of yes-sir-no-sir sports stars.

Not surprisingly, Suzuki is desperate to hold onto its most talented rider, but they need to build him a better bike if they’re to have any chance of convincing him to stay. A motorcycle that can do a fast lap around Phillip Island is one thing, a bike that can win races is very much another. Qatar on 20th March should give us some idea of how far Suzuki has gone down that road.