MotoGP is going to be even madder and closer this season, which is great for fans, less so for the riders. Welcome to our prediction-free preview… 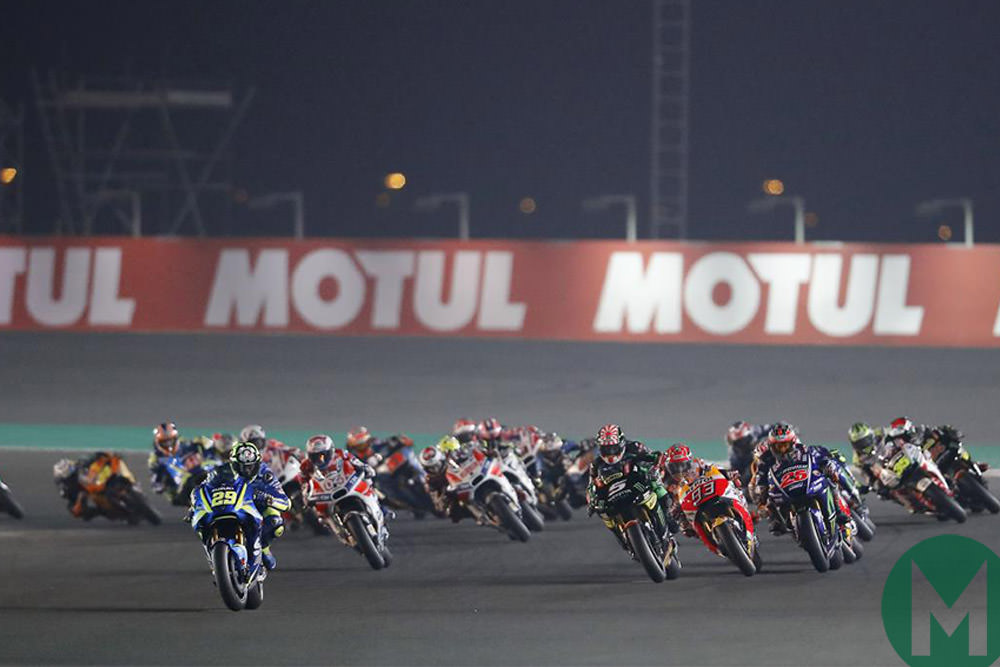 That’s Cal Crutchlow talking on the eve of the historic 70th year of world championship motorcycle grand prix racing. Like he says, most racers love a good battle, but the pressure of racing for hundredths and thousandths of a second over the longest-ever GP season is going to be brutal.

For the record, I don’t think expanding the championship to 19 (then 20) races is a good thing; I think Dorna is sucking the riders dry. MotoGP’s rights-holder often follows the lead of Formula 1’s right-holders, which is usually fine, but not in this case, because staying healthy in an F1 car is much easier than staying healthy on a MotoGP bike.

Nevertheless this should be another thriller of a year. The last two seasons were brilliantly close and there’s no reason to think 2018 will be any different, because it’s no coincidence that the racing is closer and more unpredictable than ever.

The main reason for the closeness of competition is technical regulations that were carefully concocted to shrink the gap from the front of the grid to the back to almost nothing. This also makes the racing unpredictable, because a tenth of a second a lap can make the difference between a great weekend and a horrible weekend.

The tyres are the other reason. Michelin offers a wider range of tyres with a narrower operating range, so if the fastest rider on the fastest bike chooses the wrong tyres on Sunday afternoon, he may not win the race; which makes it very difficult to predict what’s going to happen.

This year there is one important change in Michelin’s programme – there will be no changes in construction or profile during the season. Last year’s midseason front-tyre switch wrongfooted several riders and factories, requiring chassis redesigns that are expensive and unfair to those worst affected.

So, who will win the 70th 500cc/MotoGP World Championship? I never like making predictions. What’s the point? To me, the fun is going with the flow and watching the season develop through each twist and turn. I could pretend I know who’s going to win the title, but I don’t, and I don’t even want to know. Nonetheless, here are a few pointers to MotoGP’s top 10…

The cliché is that it’s his to lose, which like most clichés has some merit. Márquez may be the fastest rider on possibly one of the fastest bikes, but he’s got to stay healthy over 19 races. His greatest talent is for riding beyond the limit and finding his way around problems, which makes him the ideal rider for these times, when winning is all about adapting to constantly changing situations.

Dovizioso is a thinking rider, which is one reason why he’s such a force in an era when the calm, thoughtful approach is the right approach. He works to fix problems in a logical, intelligent manner, even when he’s got Márquez breathing down his neck. His Motegi and Red Bull Ring defeats of Márquez were the highlights of 2017. He should mount another strong title challenge.

Last year Viñales went from preseason hero to championship zero. That fall from grace was part tyres, part bike, part Viñales. When things went awry, he couldn’t handle it. The M1 needs to be better, but also Viñales needs to look at Márquez and Dovizioso, to learn how to problem solve under pressure and to make the best of a bike that’s not quite right. No doubt, he has the speed.

Last year Pedrosa was as fast as anyone when the tyres worked for him and off the pace when they didn’t. We all know why: he measures 5’3” and weighs 51kg, so tyre temperature can be a serious problem. Despite this, only one man scored more 2017 podiums than Pedrosa: team-mate Márquez. If the tyres and weather go his way, he can challenge for the title.

Yamaha and Rossi have dug themselves into a hole, which they’ve been digging since the change of regulations. They’ve worked hard to get out, but as is often the case, they’ve dug themselves deeper. If Yamaha can fix the M1, Rossi will be in the mix because he still has the guile, the hunger, the determination and enough speed, despite this being his 40th summer.

Can Zarco be MotoGP’s first privateer champ? Possibly, because he’s got the talent and because today’s ‘privateer’ bikes are closer to the factory bikes than they’ve ever been. Zarco is another calm, thoughtful rider, like Dovizioso. He has intelligence, aggression and a silk-smooth riding style that looks after the tyres, an important advantage when tyre-management is vital.

Lorenzo’s stunning lap during the Sepang tests got us all excited, then he slumped to 16th at Chang. Perhaps his second year with Ducati will be another of ups and downs, because the Desmosedici still has good tracks and bad tracks and because his technique requires a perfect front tyre, which isn’t a given over 19 rounds. When Lorenzo gets what he needs he will win races.

Petrucci already knows he is racing for a 2019 ride – a situation that gives most riders a bit of a boost. The former Superstock rider gets better every year and his pace during the recent Losail tests was stunning. But he has the opposite problem to Pedrosa in the search for that last hundredth: he is the biggest, heaviest rider in MotoGP, despite undergoing an offseason starvation diet.

The Briton had a most miserable 2017 after a sometimes supersonic 2016. Crutchlow is a worker and a fighter, whose preseason pace suggests he is still improving as a rider. This year he’s also got better backing than he’s ever had, with full HRC status, which will give have more Japanese engineers working at his side. If he can finish more races, he should have his best season yet.

Miller was signed by HRC when he was still in Moto3. He jumped from the smallest class to the biggest class and it didn’t go well. Back then the Aussie was a bit loose in his lifestyle. Perhaps that didn’t help, or perhaps it was the ultra-demanding screamer RC213V. Last year his results improved as the RC213V became friendlier; maybe the Ducati will help him take the next step.