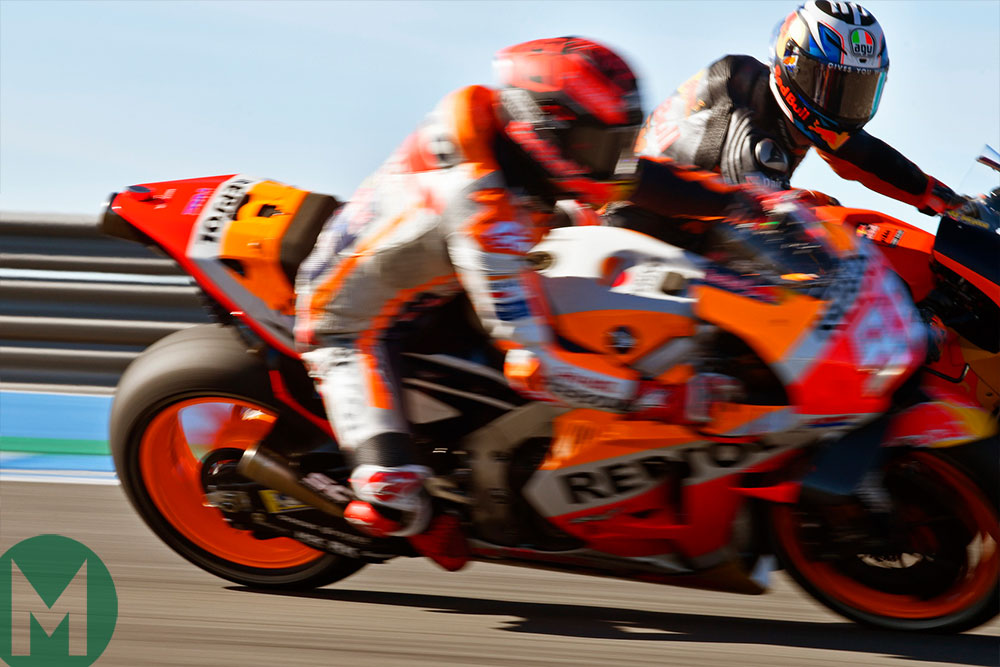 Jorge Lorenzo was 0.135sec slower than his team-mate but still “mightily fast” according to Mat Oxley.

Read more: The FUBAR Ducati and other Jerez stories

Franco Morbidelli was marginally slower than fellow Yamaha rider Maverick Viñales, while Valentino Rossi was 11th-fastest overall. Rossi split with rider coach Luca Cadalora after the test. Cadalora and Rossi have worked together since 2016.