More changes to the YZR-M1 and positive noises from the Sepang tests, but is it enough? 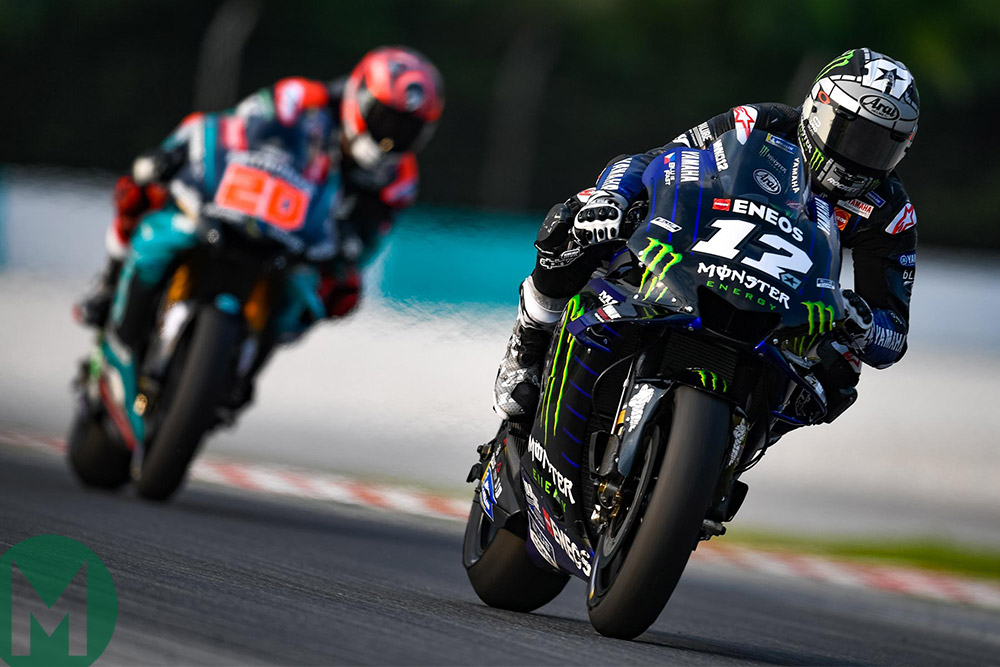 It is arguably the biggest MotoGP question of all (at least if the answer means more to you than the outcome of the mighty Honda versus Ducati conflict): has Yamaha finally navigated its way out of the doldrums to give Maverick Viñales and Valentino Rossi a 2019 YZR-M1 that can win races, rather than just chase home RC213Vs and Desmosedicis?

Anyone that hoped to spy a radically redesigned 2019 M1 during this week’s Sepang tests would’ve been sorely disappointed. But radical redesigns aren’t the way forward anymore, because racing is way beyond the era of giant leaps forward. The surest way forward is to continue with what you know best, while maximising the machine’s strong points and minimising the weak points. As Ducati’s Andrea Dovizioso always says, “it’s all about the details”.

This is a significant year for Rossi and Yamaha, if you are into numbers: it is Yamaha’s 46th season as an official premier-class constructor (the factory officially withdrew from the 1976 season, even though it still had an unofficial rider on the grid) and it is Rossi’s 20th year in the class of kings.

So will we see Rossi and Yamaha win races on a regular basis? Perhaps, because both men seemed confident at the end of the three-day Sepang outing. Specifically Viñales had the strongest race pace of anyone, while Rossi seemed many times happier than he had when he concluded postseason tests at Jerez last November.

Since then Yamaha has made detailed changes to the engine spec that Rossi wasn’t happy with during those tests, plus the team has employed former Pata Yamaha WSB electronics technician Michele Gada on a full-time basis and YZR-M1 chassis engineers have made mass adjustments that should increase rear grip and reduce tyre degradation.

Viñales was the fastest non-Ducati rider at Sepang, notwithstanding the fact that one-off lap times in offseason testing aren’t as significant as many people think: some riders try for a full-risk lap at the end of the test, just to pump up their ego, others don’t bother, others may try but have their efforts thwarted by a slower rider, a dud tyre or some other problem. As the old adage goes: there are no points for practice. And even fewer for testing.

The main reason Viñales left Sepang happy was because he was fast and consistent, despite the horrible conditions, with track temperatures exceeding 60deg C at times.

“I’m really happy because we could do good lap times with race spec in the middle of the day,” said the 24-year-old; the only Yamaha rider to win a MotoGP race in the last 20 months.

“I like it when I can feel the bike, like at Buriram and Phillip Island [where he won Yamaha’s sole 2018 MotoGP victory], when I can feel the front and slide the bike, that is what I like. I am also trying to improve acceleration, which we need to improve because our opponents have good top speeds. At least we are strong into corners now and we get more smoothness on the acceleration – I feel much better on the bike than last year.”

Rossi also sounded confident at Sepang, at least many times more confident that he had been at the close of 2018 testing, when he called the M1 a seventh-place motorcycle. The difference is offseason development at Yamaha, which has kept the same basic 2019 engine spec, with various detail improvements, plus a new double-decker aero set, which disappeared as fast as it appeared.

“We suffered a lot last year with used tyres and it looks like we improve a bit, but we need to continue working in that area,” said the 39-year-old who has seen it all before and knows there’s no need to get too excited by testing.

“It is quite positive – we have found something quite good to improve the rear, working in the engine, the engine-braking, the electronics to control slides and also something different in the chassis to improve grip. Me, Maverick and Franko [Morbidelli] more or less agree on all this, but we need to do a race to be sure.”

Morbidelli’s input is certainly useful to Yamaha, because he rode a Honda RC213V last year, albeit a 2017 model, but at least he can make basic comparisons between how the Honda and Yamaha find grip in the all-important corner-exit phase.

“The Honda has a bit more grip, so you don’t need to pick up the bike in such an extreme way,” says Morbidelli, who rides a 2019 M1 for the new Petronas SIC team. “With the Yamaha you really have to properly pick up the bike to get grip.”

And perhaps this is the root of the problem that has haunted Yamaha ever since the introduction of Michelin tyres in 2016, perhaps spending too much time on the edge of the tyres and then wasting a millisecond or two in the pick-up phase.

Most likely the problem is related to mass distribution and it seems like the modifications that Rossi and Viñales mentioned in their Sepang debriefs may have gone some way to fix the problem. The Yamaha has always won races with corner speed, but either the bike needs to find a new way of doing that or change completely.

Only one way to find out: go racing, and not just at Qatar, but at the first four or five races of 2019. Only then will we know where Yamaha really is.