A motorcycle cartwheels down the track and into the dirt. Medics arrive on the scene. They lay the injured rider on a stretcher and load him into an ambulance. Sirens wail. The crowd’s attention returns to the racing.

“Is he hurt pretty bad?” asks a woman.

“I dunno,” her photographer husband replies. “Somebody said he broke his back.”

Another racer has overheard the conversation. He sidles up to the woman. “Cycles is a mean toy, lady,” he says and walks off.

We all know motorcycles can be dangerous – whether you use them as toys, modes of transport or tools of your trade – but here we are.

The latest medical interventions to save Marc Márquez’s career have focused attention on this reality.

Most of us have been there, to a greater or lesser degree. If you ride motorcycles you will fall off. That’s pretty much the law. And if you fall off you will most likely get hurt. This is the contract we all sign somewhere deep inside our subconscious, however much our conscious tries to convince us that it will never happen to me.

The subconscious deal we make goes something like this: yes, we may fall off and, yes, we may get hurt but, you know what, that’s okay, because no one gets to ride the magic carpet for free.

Bike racers 100 per cent know they are going to get hurt. Repeatedly.

Moving rapidly through space on a motorcycle does something to you that driving a car doesn’t. You are not separated from reality by the vehicle, you are part of reality. That’s the thrill and that’s the risk, right there. And of course you can’t have one without the other, that’s the deal.

I accept the physical risk because the psychological risk might be greater. Riding a motorcycle, even down the shops on a sunny day or off to the airport on a rainy day, makes me happy. Everything about it, from controlling the machine as well as I can to controlling the risk as much as I can involves me totally. You have no option but to be in the zone, because the price of being elsewhere will most likely be more than you want to pay.

Motorcycle racers sign essentially the same contract, but there’s more pain in the small print. Bike racers 100 per cent know they are going to get hurt. Repeatedly. Because you can’t live on the limit without going over the limit now and again. Simple as that. 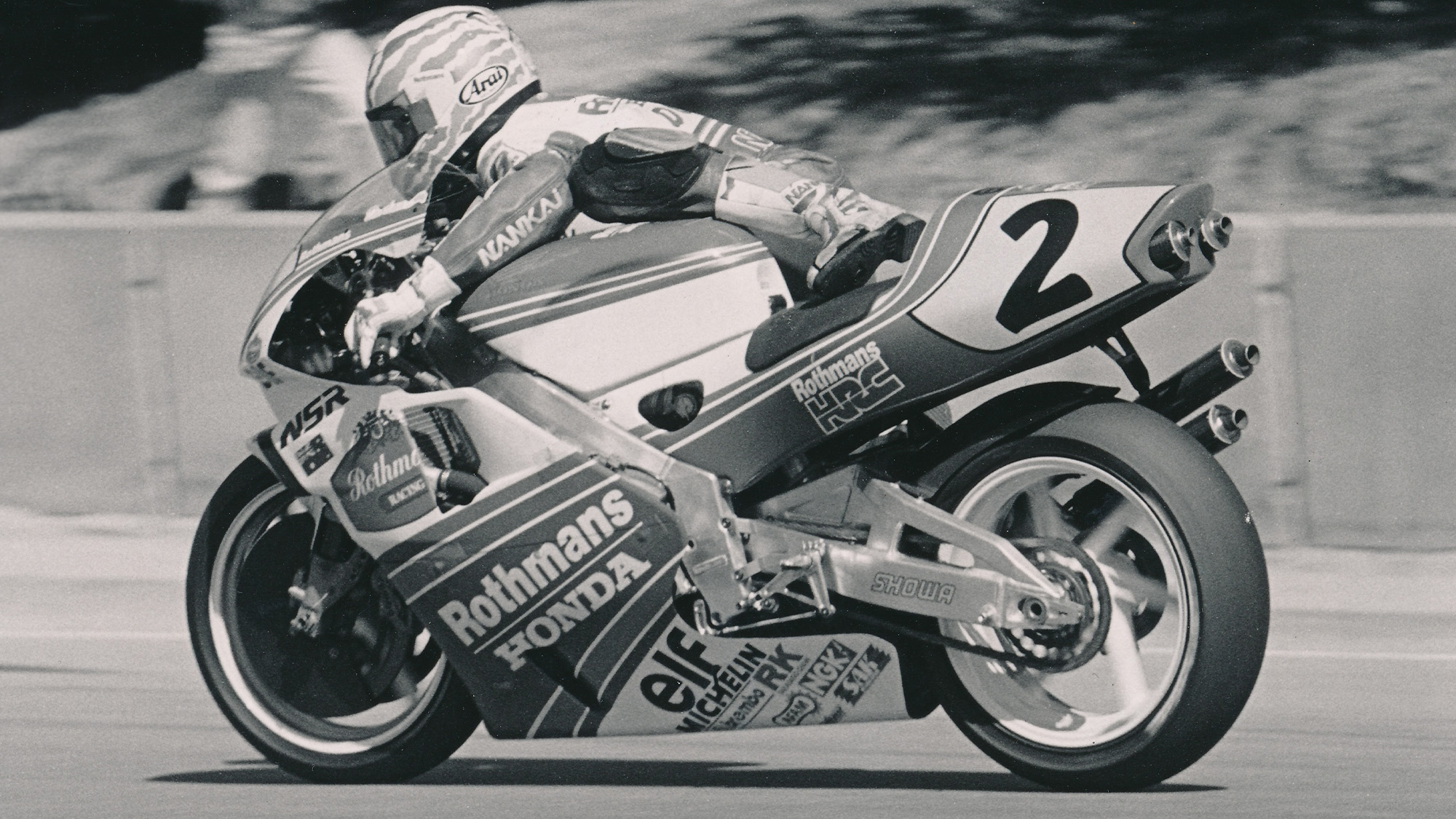 Pro-racers acknowledge that pain is part of the job. And, yes, they’re happy with that trade. Social media frequently reminds us of that fact – every few days we are treated to the sight of a pro-racer in hospital, recovering from his latest injury, beaming at the camera and offering a heavily bandaged thumbs-up.

MotoGP is safer than it’s ever been, way safer than it was in the days of the 500 two-strokes. The 500s had a thrill/spill ratio like nothing else, but the cost they exacted was horrific.

Not one 500cc world champion from the last decade of the 500s retired because he was ready. Wayne Rainey, Kevin Schwantz, Mick Doohan and Alex Crivillé had no option but to quit, because they were so beaten up. And you can be sure Valentino Rossi wouldn’t still be racing if the 500s hadn’t been replaced by kinder four-strokes. Most likely he would’ve been battered into submission a decade ago.

Even four-strokes with traction control can bite and when they do things can still go badly wrong. Although run-offs are wider than ever and riding gear is safer than ever there are two main worries for the rider once he’s down – getting hit by another bike and getting hit by his own bike. Sadly, these two predicaments are impossible to mitigate.

It was Márquez’s misfortune to be struck by his motorcycle when he tumbled through the gravel trap at Jerez’s Turn Three in July. That was what broke his right upper arm.

The humerus bone isn’t a good one to break, but Márquez’s biggest problem isn’t the fracture but a malunion of the bone. That means the two parts of the bone didn’t grow together correctly, due to an infection in the fracture site and due to his abortive comeback, just days after the first operation to plate the fracture.

Last week’s third surgery – using bone grafts to fix the malunion – came almost exactly four months since that second op, so why didn’t surgeons react sooner? Because they have to wait and monitor bone growth. Only once they’re certain the bone isn’t healing properly do they go in again.

The problem with racers and injuries: they push themselves too hard and it’s not easy to tell them to stop.

When will Márquez be back on a MotoGP bike? No one knows, not even his orthopaedic surgeons, because his recovery could be better than expected or worse than expected. One learned surgeon will give you an opinion and another will give you a second opinion. In other words, anything you read on this subject at the moment is pure speculation.

But we can get an insight into Márquez’s journey through the story of Repsol Honda’s first multiple world champion, who travelled a similarly rocky road in the 1990s.

Mick Doohan broke his right leg at Assen in 1992, when he was 27-years-old, the same age as Márquez is now. The botched surgery that followed very nearly ended his career. Doohan was able to continue racing, but only by sentencing himself to a grisly few years of pain and suffering, with no guarantee of success at the end of it. 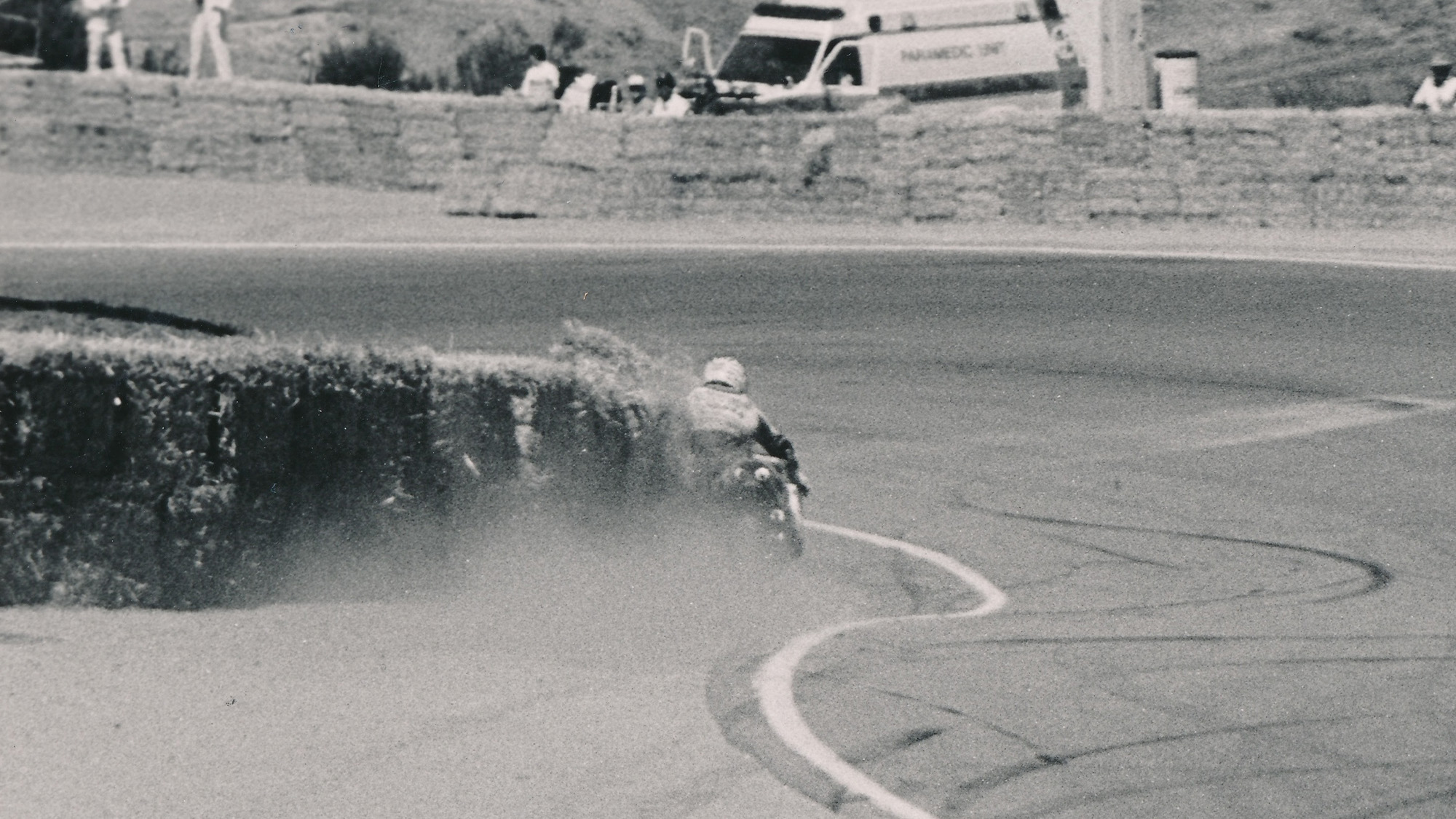 Doohan regains control just too late to avoid the straw bales, Laguna 1993. He went down hard

Doohan sustained a distal spiroid displaced fracture of the tibia, which shouldn’t have been a huge problem, but the local surgeons messed up the operation, during which they pinned and screwed the bone back together. Their poor workmanship caused compartment syndrome, which starved the limb of fresh blood. Within days the leg had started to rot.

Incredibly, Doohan was racing again two months later but the fracture site had become infected and the infection wouldn’t go away. After the 1992 season surgeons went back in to remove the pins and screws in the hope of clearing out the infection.

Getting rid of the metalwork exorcised the infection, but one problem fixed was another caused. The Aussie was determined to do everything he could to get fully fit for the 1993 season, so he hit the gym, hard. So hard that he bent the tibia, because the bone had been weakened by the removal of the metalwork.

And then he started pre-season testing. At Eastern Creek he had a huge 120mph/200km/h highside because he was using his upper body too much to change direction, to compensate for the weak leg.

This is the problem with racers and injuries – they push themselves too hard and it’s not easy to tell them to stop.

When Doohan returned to Eastern Creek for the season-opening Australian Grand Prix he had a broken left scaphoid, after another fall during testing, and we could see his lower leg was bent, even when he was in his leathers. He raced most of the season like that, ending up fourth overall behind Schwantz, Rainey and Daryl Beattie.

Doohan didn’t quite make it to the end of the season. He crashed out of the lead of the penultimate race at Laguna Seca, after highsiding out of the Corkscrew. He most likely would’ve saved the situation, but his right leg buckled, dropping him off the side of the bike. Struggling to regain control he ran wide and slammed into the trackside straw bales, the bike ejecting him back onto the track.

The crash broke his right shoulder and his right leg wasn’t in much better shape, so he was sat in the middle of the track, unable to stand, like a rabbit that’s been half run over by a car, with bikes hurtling past either side. It was a horrible thing to watch. Finally he staggered off the track. 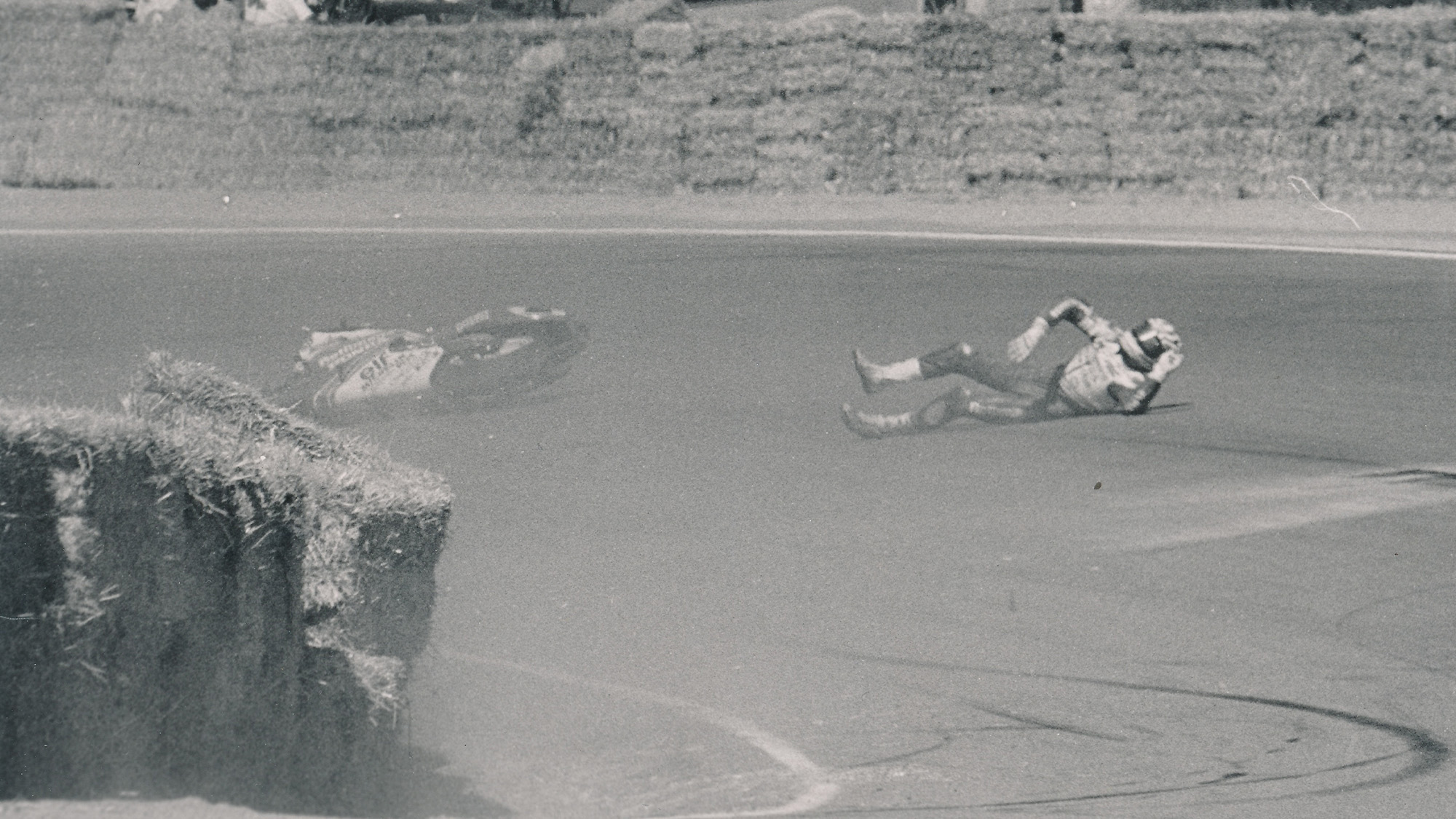 So began the next part of Doohan’s odyssey. And just like Márquez now, not everyone was sure he would make it. Days after Laguna, surgeons encased the leg in an Ilizarov external fixator. By May 1994 Doohan was dominating again. It had taken him almost two years to get back to where he was before the accident.

We can’t directly compare a messed-up tibia in 1992 with a broken humerus that’s required bone-graft surgery in 2020, but what’s going on inside Márquez’s mind won’t be dissimilar to what went on in Doohan’s all those years ago.

Recovery from such deep lows must come entirely from inside. Globally eminent surgeons can fix the physical damage, but that’s for nothing unless the rider is prepared to put himself through weeks of mind-numbing boredom in hospital, months of grim rehab in the gym, then saddle up and go out to fight, just like he did before, ignoring the 24/7 pain. What we see of these journeys from the outside is only the very tip of the agony iceberg.

It’s been strange not writing about Marc Márquez these last few months. Ever since the middle of 2012, when he signed his first MotoGP contract, he’s stolen most of the…

“You’ve only got yourself to blame and nobody’s going to give a damn,” he told me a while back. “So you’ve just got to get on with it.”

Márquez seems as determined as Doohan. He’s already come back from plenty of injuries and surgeries and he’s only ever got stronger. But no one knows how he will be – physically and mentally – at the end of this particular journey.

We can only hope he will be the same as before, because whatever people say about the quality of the racing last season I missed his riding like hell. No one has ever raced a motorcycle like Marc Márquez. It would be a disaster to lose him.

** The dialogue at the top of this blog comes from the 1970 movie Little Fauss and Big Halsy. The actor who speaks the immortal quote “’Cycles is a mean toy, lady” is Robert Redford. In my opinion it’s the best movie about motorcycle racing ever made.