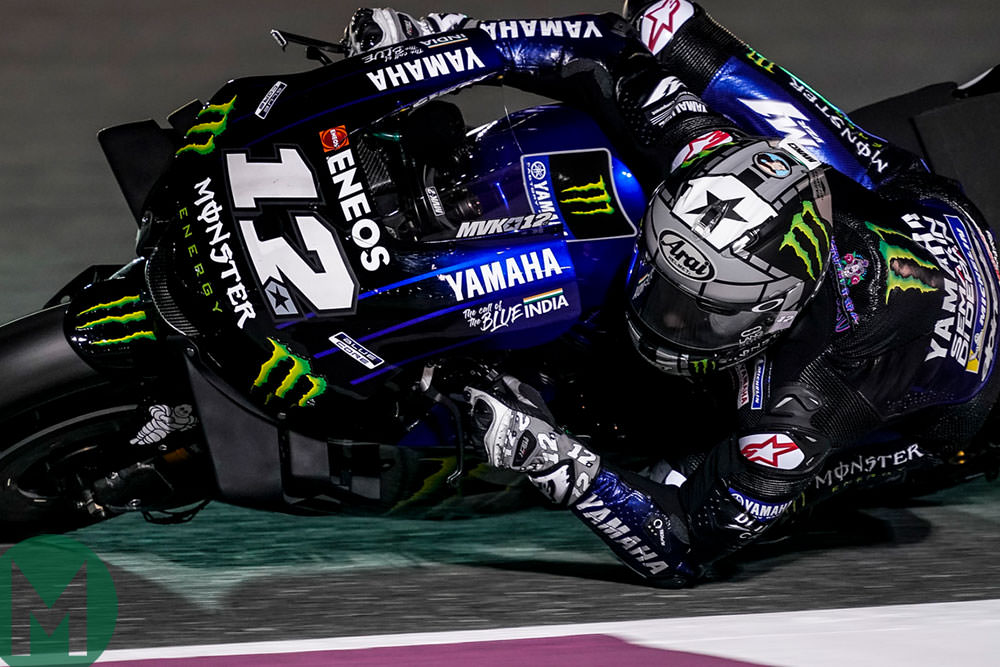 During final preseason testing in Qatar, riders tried a new long-lap penalty system, a concept that will send penalised riders down a side road on the entry to turn six, costing them a couple of seconds before they re-join the track on the corner exit. It is MotoGP’s version of the naughty step, hopefully a better way of punishing miscreant riders than telling them to drop a position, which is an inconsistent penalty and difficult to implement effectively when the racing is frantically close, which it usually is.

Most riders seem to like the new idea, which race direction hopes to duplicate at most other tracks. If it does work, perhaps MotoGP’s great and good should consider using this idea to add entertainment value.

Maybe the side road could include a jump, perhaps across a small-scale replica of the Isle of Man’s Ballaugh Bridge, acknowledging the birthplace of world championship racing. Or maybe a penalty shootout, with the rider getting the chance to regain one second if he scores the goal or lose a second if he misses. This would have the added attraction of tapping into the football market.

Alternatively, penalties could be specifically tailored to suit individual sponsors: Jorge Lorenzo could suck on a Chupa Chups, Valentino Rossi could quaff a can of Monster, Marc Márquez a can of Red Bull.

Which reminds me of the late, great Swedish motocross legend Håkan ‘Carla’ Carlqvist, who won his final grand prix victory despite a voluntary ‘pit’ stop on the final lap. The twice world champion was so far ahead at the epic Namur circuit during the 1988 Belgian GP that he stopped by the track, took a bottle of beer from a team member, downed the amber nectar, popped a wheelie and rode on to the chequered flag. Luckily, doping wasn’t such a big deal back then.

Going even further back, boozing and racing weren’t as mutually exclusive as you might think. During the early years of grand prix racing in the 1920s and 1930s, riders drank before races and during races.

“My mechanic, God bless him, had got my customary mid-race bottle of beer ready, but he had exceeded his instructions, by gathering a small bottle of cognac, too,” wrote GS Davison after winning the rain-lashed 1922 Belgian GP at Spa-Francorchamps.

Anyway, back to preseason testing, up to a point.

Ducati should be glad that Gigi Dall’Igna wasn’t born 20 years earlier, when he might’ve developed a love for scooters and chrome, instead of race bikes and carbon-fibre. Losail proved once again that Ducati’s wise wizard is the king of the bolt-on goodie. After the wings, the mass-damper, the FUBAR and the holeshot device, Dall’Igna had two new trick bits for his riders to try during the three days at Losail.

You just know that if he had been a Mod in the 1960s his Lambretta would’ve had the most mirrors in the whole of Europe. And if a Vespa-riding mate turned up at the local espresso bar with more mirrors, you can be sure Dall’Igna would once again have the most at the next get-together.

At Losail, his riders tried a 3D-printed aero attachment attached to the lower front of the swingarm. Most likely this channels cool air towards the rear tyre, because lowering rear tyre temperature to prolong tyre life is currently the key to winning in MotoGP.

Next, the factory GP19 appeared with small front wheel fairings, which were much more than brake-cooling devices. It’s almost like pitlane sleuths would have nothing to write about if Dall’Igna wasn’t around.

Dall’Igna’s great title hope and last year’s Qatar race winner Andrea Dovizioso ended the tests 15th and with a wry smile on his face. “Ducati didn’t finish the test on top, but I don’t think it’s too important,” he grinned. When Dovizioso is that relaxed the others should be worried.

The fastest seven – Maverick Viñales, red-hot rookie Fabio Quartararo, Álex Rins, Márquez, Rossi, Lorenzo and Franco Morbidelli – were separated by less than half a second. And the top 15 by 0.997 seconds. Business as usual in MotoGP.

Quartararo is the standout name on that list. He has been fast ever since he parked his Moto2 bike last November and climbed onto a Yamaha YZR-M1. But his pace shouldn’t come as too much of a surprise – he is riding MotoGP’s best learner bike and he’s not the only Moto2 rider to find MotoGP bikes easier, because they are proper grand prix machines, not half race bike/half road bike.

The Frenchman’s rapid acclimatisation is reminiscent of other Yamaha apprentices, including Jonas Folger’s during the 2017 preseason. Folger won three Moto2 races in three seasons to Quartararo’s single victory in two seasons, so both men obviously had their struggles in the intermediate class and were overjoyed at discovering the M1.

“With the seamless gearbox, engine-braking control, traction control and different tyres, everything is better,” said Folger in early 2017.

By way of contrast, there’s Hafizh Syahrin. At the end of last year’s Losail tests, the Malaysian rookie was 1.2sec off the top on an M1. This year he is on a KTM and ended the tests 2.1sec down.

Quartararo attributed his best lap to that old racer’s trick: leaving his brain in the toolbox. “I can disconnect my brain for one lap,” grinned the 19-year-old, who will be the only teenager on the grid in Qatar, less than half the age of old warhorse Rossi.

Most of Quartararo’s fastest rivals seemed happy at the end of the test, despite a rash of crashes when track temperature plunged sooner than usual; causing many riders to abort race simulations, either in the gravel or in the pits. As a result the safety commission may request Qatar’s 8pm race start to be brought forward.

Márquez’s left shoulder had made “a huge step since Sepang”. Lorenzo “made a very big step forward on the last day,” improving the ergonomics of his RC213V during his first outing since breaking his left scaphoid in a training accident. Rins bubbled with quiet confidence. Danilo Petrucci also.

Fastest man Viñales seemed the least certain. “We need to work on edge grip, we have no grip on the edge for acceleration.”

Rossi was asked who was most likely to win on March 10. He had a long list…

And what about the man himself?

“We need something more to fight, but today we closed the gap very much,” he said.

Qatar will surely be a close race, like it nearly always is. But you should never read too much into the result, because the track is unusual and the conditions are unique. Which is why only once in the past five years has the Qatar winner gone on to take the crown.