Three of 14 races remain in the 2020 MotoGP World Championship, Covid permitting. The second wave of the pandemic is racing through Europe as riders prepare for the triple-header finale on the Iberian Peninsula, starting with Sunday’s European GP at Valencia and ending with the Portuguese GP at Portimao on November 22.

Literally no one knows if the championship will go full distance, but the back-to-back races at Valencia – the European and then the Valencia GP – are currently set to go ahead despite a night-time curfew in the region.

Some MotoGP riders will be happier than others if the pandemic does cancel one or more of the races. It doesn’t take a genius to work out who will be happy and who will be sad.

A MotoGP title bonus – paid into your bank account by your motorcycle brand, your helmet supplier, your leathers supplier, your fizzy drink supplier and various other sponsors – is worth several million Euros. Finishing second or third – on the championship podium – also pays handsomely. Anything else, not so much.

The man at the top is Joan Mir, chased by Yamaha trio Fabio Quartararo, Maverick Viñales and Franco Morbidelli, who are 14, 19 and 25 points down on the Suzuki rider.

With 75 points up for grabs the championship could end up in any of their hands (in fact everyone down to Johann Zarco in 14th has a mathematical chance of winning the title) so everything matters at the last three races, including engines. 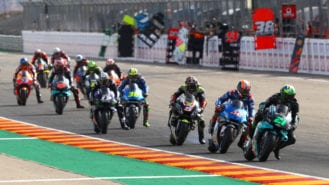 This year each rider gets five engines for the 14 races, which at about 340 miles per weekend works out at around 950 miles per engine. That’s pretty much the same mileage as in a non-Covid season, when riders get seven engines for 20 races.

Laborious examination of MotoGP’s engine usage documents offers an approximate picture of how many miles each engine has done. This reveals that Mir hasn’t only got the advantage on points over his closest rivals.

The valve problems that struck Yamaha during July’s season-opening Spanish and Andalusian GPs are taking all three YZR-M1 riders into the danger zone with their engines. One can only imagine the sense of dread that overtook Yamaha engineers at Jerez when they realised they had a very serious problem that would haunt them for the rest of the season. And one can only imagine the communications between Yamaha and the outside supplier that manufactured the valves.

Viñales is in the worst situation. Since September’s San Marino GP he’s been down to his last two engines. With three races to go both have already done about 150 per cent of their usual mileage, so by the end of the Portimao weekend both will have doubled their usual shelf life.

Quartararo and Morbidelli aren’t in great shape either.

Morbidelli is also down to his last two engines – one with almost double the routine mileage, the other on 1300 miles.

Quartararo is in slightly better shape, because he was the only Yamaha rider who didn’t break an engine during the season-opening Jerez double-header. The former championship leader has three engines left, one on 1480 miles, another on 1270 and the third on 530.

Mir is in the best situation. He has three engines on the go, all of them currently below the normal mileage limit – one on 950 miles, another on 850 and the last with just 210 miles. 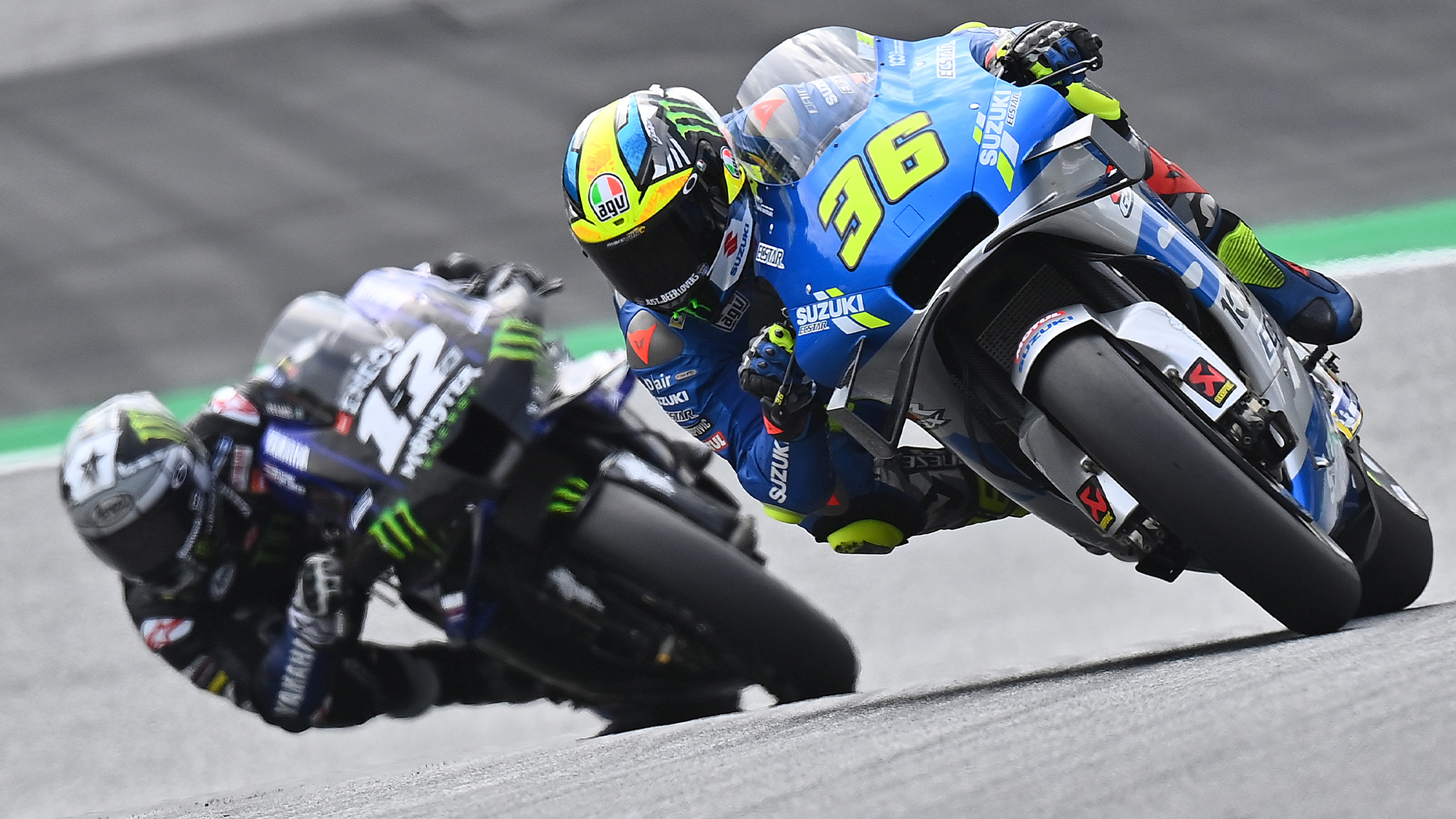 Mir has an advantage on points — and engine miles

Most riders and engineers won’t talk about engine mileage. But even Mir has noticed that his older GSX-RR engines are losing performance.

“When I’m riding with a used engine this is something you can feel,” he said during the recent Teruel GP.

Yamaha riders have been running reduced rpm for a while, trying to coax the maximum mileage from their remaining engines.

However, Quartararo, Viñales and Morbidelli do have one thing on their side – latest top-speed figures show that a GSX-RR isn’t any faster than an M1 in a straight line, despite its younger engines. During the last race at Aragon the three Yamahas and two Suzuki inline-fours filled the bottom five places in the top-speed chart, behind 13 Ducati, Honda and KTM V4s.

Thus the battle for this year’s MotoGP championship is a fight between the slowest, best-handling bikes on the grid. And, of course, the bikes that work best with Michelin’s 2020 rear slick.

So maybe engine mileage and horsepower don’t matter as much as we think they do. Then again, perhaps we’ll change our minds if one of the older engines used by the title contenders cries enough during the final three races.

Right now, all three Yamaha riders are in danger, because they’ve only got two good engines, whereas Mir, and sixth-placed Rins have more engines to choose from if they do suffer problems.

Only one rider that’s contested all 11 races so far has yet to use all five engines – Repsol Honda’s Alex Márquez.

Engine 1 460 miles
Raced at Spanish GP. Put aside until Styrian GP practice. Unused since. Presumably due to valve problems.
Engine 2 135 miles
Unused since Spanish GP warm-up. Presumably due to valve problems.
Engine 3 1700 miles
His oldest engine, in constant use since round two. Raced in Czech, Austrian, Styrian and French GPs.
Engine 4 130 miles
First used and raced in Andalusian GP. Blew up when he was running fourth in that race.
Engine 5 1300 miles
The younger of his surviving engines. Raced in San Marino, Emilia Romagna, Catalan, Aragon and Teruel GPs.