MotoGP is going through a tough time with tyres, but how long has this been going on? 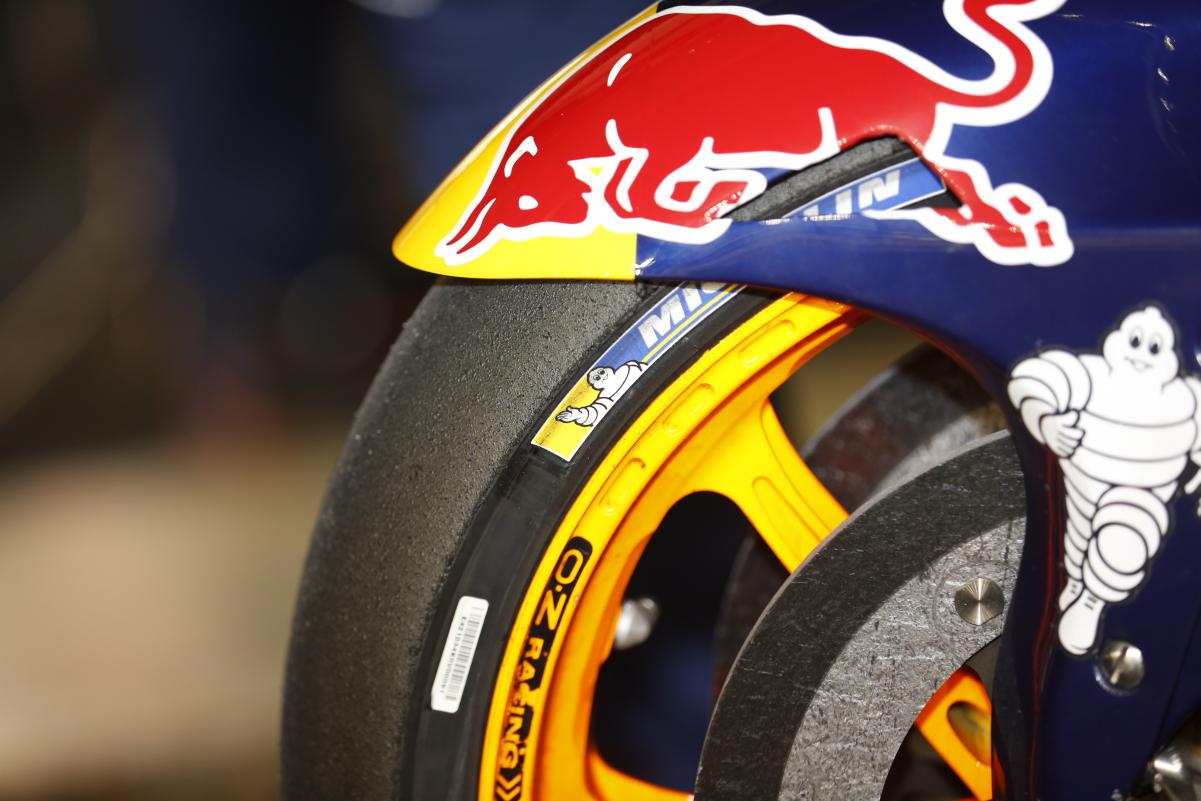 It is Michelin’s home MotoGP round this weekend; in theory a time for celebration, even though the French company hasn’t had the easiest of returns to a class of racing that it ruled almost continuously from 1974 to 2006.

First came Scott Redding’s delaminating tyre in Argentina; which had Michelin hurriedly deploying stiffer rear casings that had riders battling wheelspin in sixth gear at a dry and sunny Jerez.

Somewhere there must be a happy medium. But perhaps there isn’t, at least not for everyone, because this is the curse of the control tyre: how do you design a tyre that works equally well for 78kg Redding and for 51kg Dani Pedrosa?

The answer to that question is that you can’t. It’s a nonsense that control tyres give everyone the same chance – they will always suit some bikes and riders better than they suit others.

Quite rightly, Michelin has copped some flack in recent weeks; just as Bridgestone did when it got it wrong. But was Redding the first GP rider to get a slap in the back from a chunk of disintegrating rear tyre? 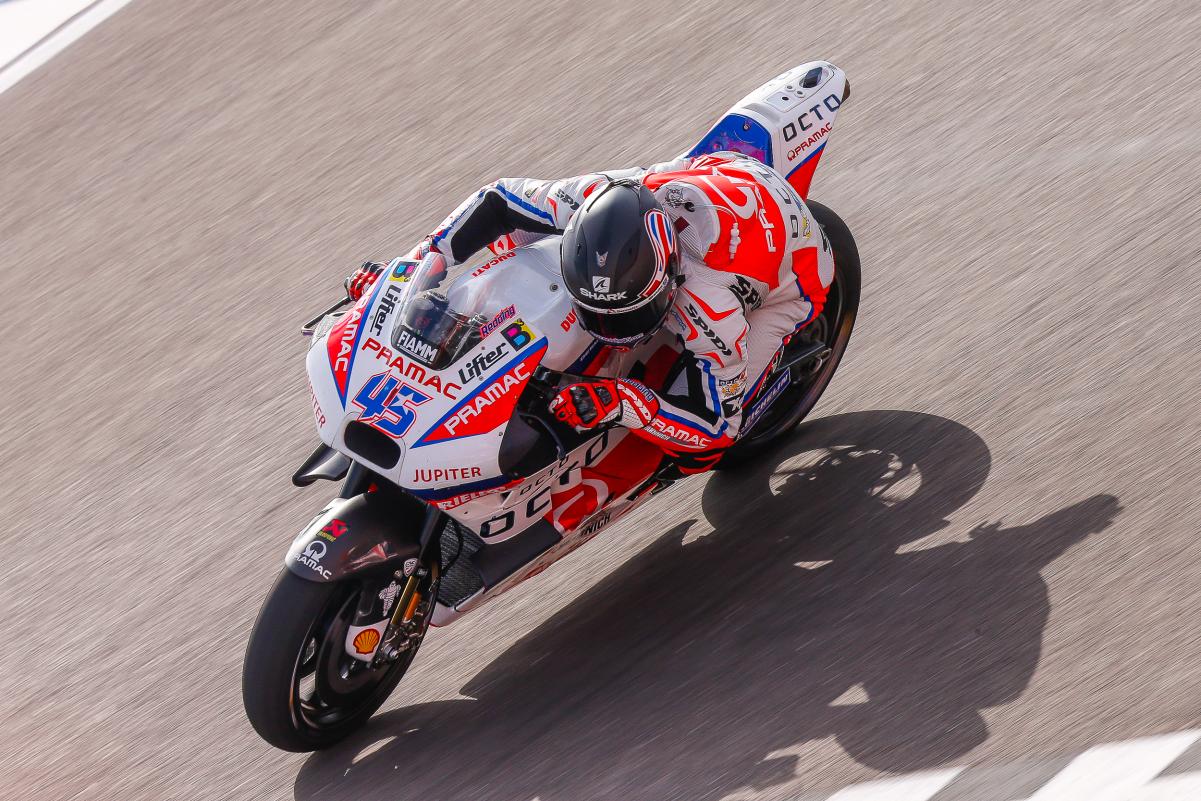 Their prophecies came true at Mugello 2004. Shinya Nakano was hurtling his factory Kawasaki down the start-finish straight when his rear Bridgestone overheated and self-destructed at close to 200mph, hurling the hapless Japanese to the ground, where he came to rest right next to a trackside wall. A few months earlier Kenny Roberts Junior had crashed in similar circumstances at Sepang when his rear Bridgestone failed.

Those incidents must have been the start of it all, right? Not at all. To find the first tyre disaster we much go way back to the very dawn of Grand Prix racing, to July 1950, the second race of the second season. Geoff Duke was running away with the Belgian 500 GP at the deadly Spa-Francorchamps street circuit, pushing his 40bhp(!) Norton single past Nello Pagani and Umberto Masetti on their faster Gilera fours.

“I established a 45-second lead, until on lap 13 of the 14-lap race, disaster struck!” Duke wrote in his autobiography, In Pursuit of Perfection. “There was a loud bang and I felt something hit my backside, followed by a juddering from the rear wheel. A large section of the tread had detached itself from the casing of the rear tyre.”

Thus Duke experienced exactly what Redding experienced 66 years later. Hard to know who was more scared, but there’s no doubt that if Duke had lost control he may have died. There were few GP venues more lethal than Spa; where, it was said, there were so many memorials round the circuit that you could make a fence out of them.

Dunlop traced the fault to joints in the tread rubber and rushed into action, carefully building a new batch of tyres that were flown to Assen for the following weekend’s Dutch TT, where the exact same thing happened.

This time, drafting Masetti’s Gilera flat-out at over 130mph, Duke wasn’t so lucky. “There was another ominous bang. The rear wheel locked, the bike went out of control.”

Duke crashed and ended up in a bad way, but at least he hadn’t fallen a few hundred yards earlier, where the track ran through a thick avenue of trees. No wonder he forsook Dunlops and switched to Pirellis. “These had a very hard tread compound and were dubbed wooden tyres,” he wrote.

So, nothing really changes: it’s never easy to find the right balance between grip and longevity. Bridgestone might argue with that, because its MotoGP tyres were pretty special, but they were far from perfect, causing a multitude of bone-crunching highsides. 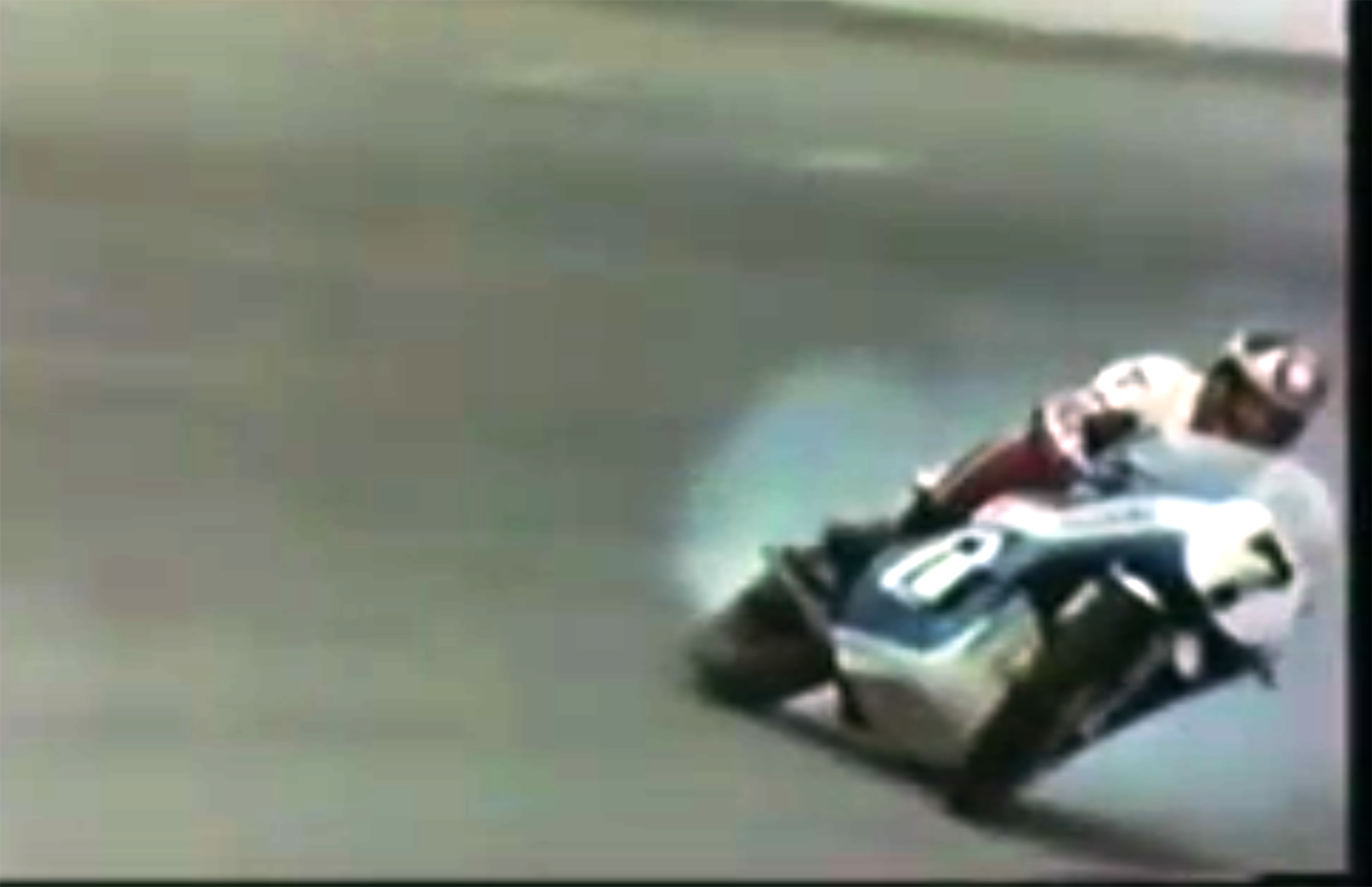 Duke’s 1950 tyre disaster wasn’t bike racing’s most famous tyre failure. That happened in March 1975 as Barry Sheene prepared for the world’s biggest bike race: not a Grand Prix, but the Daytona 200. Bike racing’s first rock and roll star and his Suzuki 750 were honking round the Floridian banking at 175mph when his rear Dunlop went pop.

“I pulled in the clutch because I thought the engine had seized, but it didn’t free the thing,” said Sheene. “The bike went sideways, then back the other way and I thought, God, going this fast I can’t afford to lose it, so I struggled with the thing, then it just went completely sideways. As it went off the banking and onto the track apron it punctured the front tyre and went completely out of control and I went over the top.

“I remember thinking, ‘Oh God…’ I was rolling and I could feel all my skin coming off. I didn’t feel my broken leg because all I could feel was the skin tearing off my shoulders and that. When I stopped, I thought, ‘Christ, I’m still alive’ – it didn’t kill me, didn’t even knock me out. I went to get up and looked down, and the leg was right-angled, poking under the other one.”

Sheene’s crash left him with serious multiple injuries, but it was far from a one-off. Many other riders suffered similarly horrific accidents, all caused by a dramatic, overnight increase in performance, far greater than that experienced between the 2001 and 2002 GP seasons. 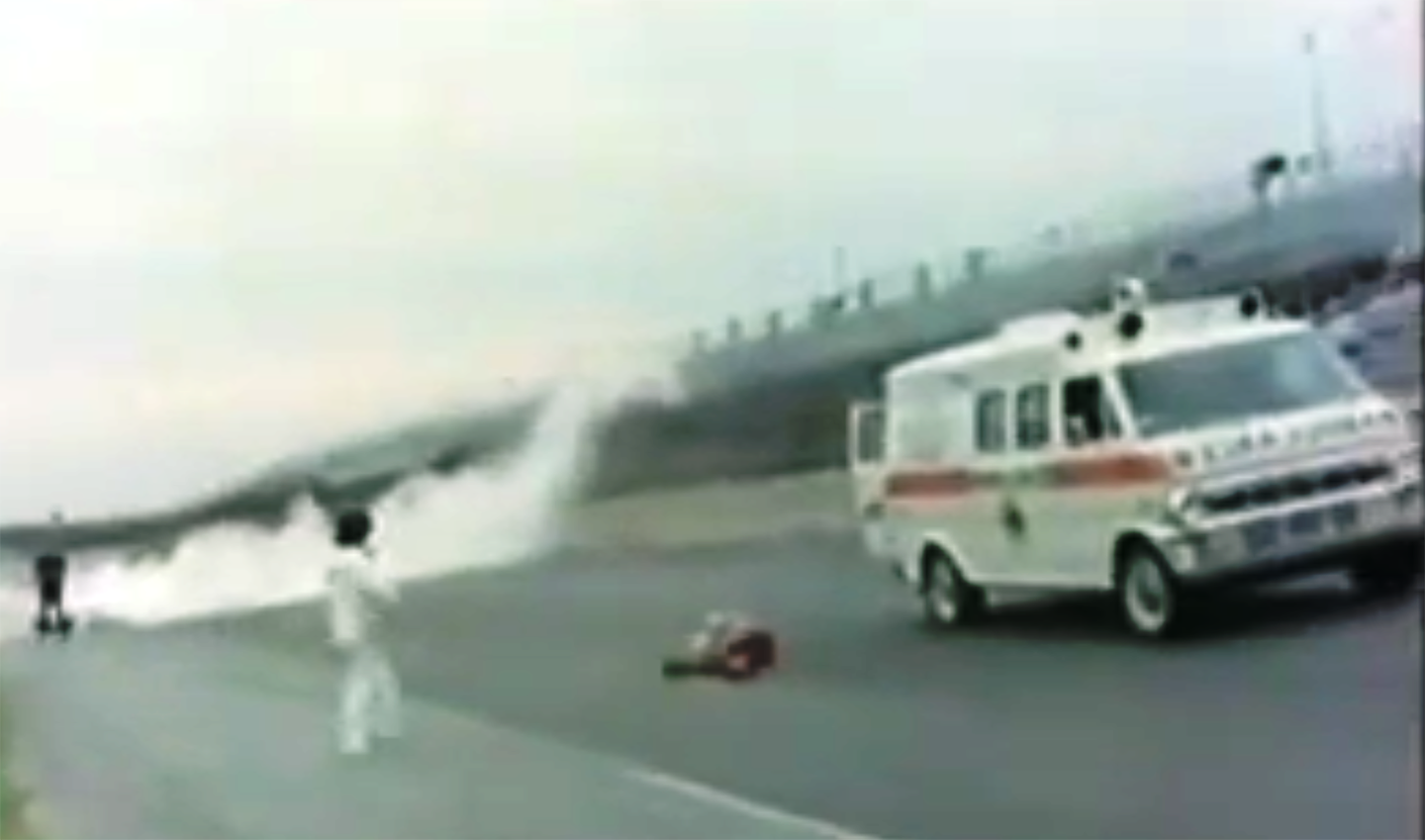 Bike racing’s new Formula 750 class had been created in the early 1970s for BSA and Triumph four-strokes which would do 155mph on a good day. Then Kawasaki and Suzuki turned up with their 175mph H2R and XR11 750cc two-strokes.

“It was an horrific time for us,” remembers Dunlop engineer Tony Mills. “Kawasaki and Suzuki rolled out these bloody monsters which we knew nothing about. We’d always taken tyres to Daytona for much lesser machines and now they were totally inadequate.”

Michelin is caught between the same rock and a hard place, trying to give riders the grip they need while avoiding the failures that have haunted Duke, Sheene, Nakano, Redding and so many others.

“But Michelin need to find a compromise,” said Jorge Lorenzo’s crew chief Ramon Forcada after the Jerez wheelspin debacle. “Safety is important, but maybe they’ve gone too far that way, so the riders complain. But for sure if a tyre blows up, they complain more!”

“For sure I preferred the tyres we used in the Valencia tests and in Australia and in Qatar,” says Vinales, who weighs 64kg.

It’s the same for Pedrosa. “When we started testing last year with Michelin I was always fast,” he explains. “But now I’m struggling, especially with the rear tyre, because it’s become harder and harder and harder, in construction, compound and pressure, so it’s now a very stiff tyre. I’m running the same construction as guys who weigh 80kg, so I’m struggling to get the right bike balance to make the tyre work. And every time they change the tyre and make it stiffer I go backwards on lap times.

“If I try a harder compound that works for the top riders I’m maybe four seconds off the pace, because I can’t get any load into the tyre. So I go back to a softer tyre and then I struggle with wheelspin because I cannot get any traction. And I’m not allowed to try lower pressures, because it’s forbidden [following the Loris Baz incident – a puncture, according to Michelin – during Sepang preseason tests].”

Michelin will be hoping it gets closer to the correct compromise on home asphalt this weekend.