Whatever you are doing, drop it right now and plan your visit to the Italian Grand Prix because there may never be another MotoGP race like it.

Ride your bike, jump on a ferry, book a flight, buy a train ticket, strap a tent to the back of that rusting C90 in the back of the garage, share a car, hire a minibus, or hitch, or crawl the whole way, like a pilgrim, backwards. 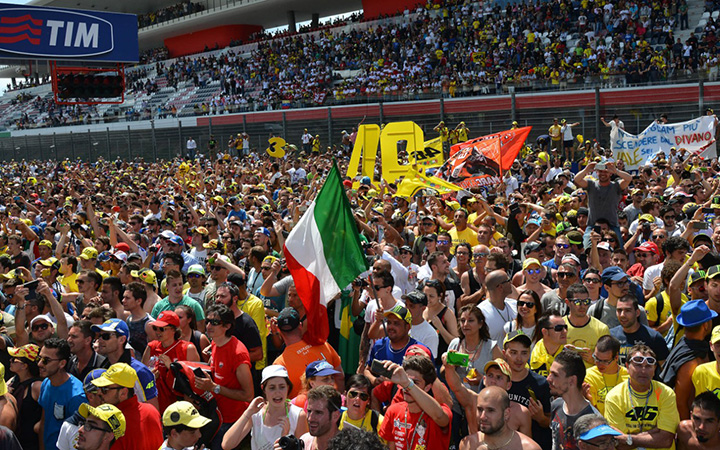 Valentino Rossi is leading the 2015 MotoGP world championship, riding the crest of a wave, aiming to achieve what will be a hugely historical – not just in motorcycle racing but across all sports – 10th world title, 18 years after his first. 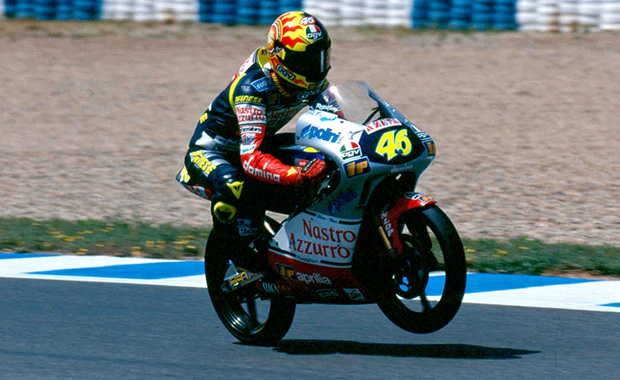 After defeats at the last two races he knows very well that he needs another win to keep his championship momentum rolling, and there’s nowhere else on earth where he’s going to be stronger than at Mugello. Rossi has won 10 GPs there, more than at any other track, including a remarkable series of seven consecutive MotoGP victories.

He adores Mugello and the Yamaha works well there because it’s a bumpy, challenging, corner-speed circuit that rewards an easy-going, fine-handling motorcycle. And then there will be the support of a hundred thousand or more delirious fans.

Even without the crowd, there is nowhere like Mugello. The track is arguably the world’s greatest: hugely fast, it gets the attention of GP riders like no other. Some riders speak of having to defy the laws of physics to get round there fast.

By night during GP weekend the circuit resembles a scene from Mad Max: campfires glowing across the hillsides, out-of-their-minds petrol-heads revving unsilenced static engines to hell and back, their baleful roar counterpointed by the staccato racket of a few dozen inline fours bouncing off the rev limiter.

By day it’s like the FA Cup Final has been transported to an achingly picturesque Tuscan valley, its verdant flanks turned yellow, like it’s daffodil season. 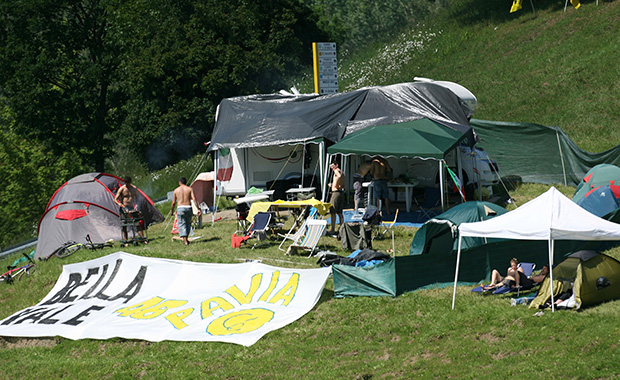 In the late 1990s, when he was a giddy teenager racing 125s, Rossi couldn’t resist a night-time visit to Mugello’s Dantean campsite. Most riders wouldn’t dare go there if you paid them.

“Up on the hill it’s another world, the crowd is coming crazy: naked people on motocross bikes!” he told me many moons ago. “I was up there in ’96 when I wasn’t so well known and blew up somebody’s CBR engine; oops! In ’97 I went up and it was very dangerous; everyone jumping on me and shouting Rossi! Rossi! There was this big wall of people and only one way out, through the shower block, so I rode my scooter through the shower block. If I hadn’t, I’d probably still be up there now.”

Two days later he won his first Mugello GP, celebrating by riding his victory lap accompanied by a blow-up doll called Claudia Schiffer, a big dig at his bitterest rival Max Biaggi, who had been telling anyone who would listen that he was dating Naomi Campbell.

Two years later Rossi won the 250 GP at Mugello, wearing his famous ‘peace and love’ paintjob. The crowd went wild and invaded the track. In the mayhem he toppled off his Aprilia and was drowned in a sea of devotees who very nearly tore him limb from limb. “The Italians went crazy, it was a nightmare. I think I would die.” 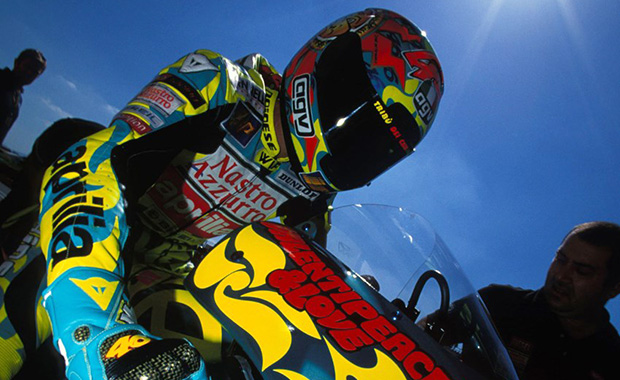 Rossi’s seven successive Mugello MotoGP wins from 2002 to 2008 are unique in modern racing and triggered similarly wild celebrations from the crowd. The circuit security people long ago gave up attempting to resist the track invasions – there’s not much you can do when a hundred thousand people want the same thing.

A ninth win on May 31 won’t be easy, but that’s the way Rossi likes it. Jorge Lorenzo is on a roll, and if he gets a clear track he will be hard to stop; Marc Márquez knows he needs to start winning races if he’s to join that elite gang of premier-class hat-trick champions; and then there’s Ducati. If the GP15 is fast at most places, imagine how fast it will be at the factory’s test track…

Mat’s too modest to suggest it, but if you’re a Valentino Rossi fan who likes Kindle books then go for his work on the Italian maestro: The Valentino Rossi Files: Everything I’ve ever written about VR: From the beginning to 2007and the follow-up covering 2008 onwards. You won’t be disappointed. Ed Foster