Was Jorge Lorenzo’s runaway victory at Le Mans the sign of many more to come or just the latest twist of a new technical era in which the only thing worth predicting is the unpredictability of the racing?

Who knows, except the man himself and crew chief Ramon Forcada. But what is a known-known is that while fans love watching racing when they don’t know what’s going to happen, the factories and riders hate dealing with curve balls from the left field. They spend many millions and work endless hours to know what’s what – all the way from suspension clicks to software algorithms – and during the Bridgestone era they pretty much knew what was what. Right now, at the dawn of a new Michelin era, most of them don’t. Great for us; not so great for them. 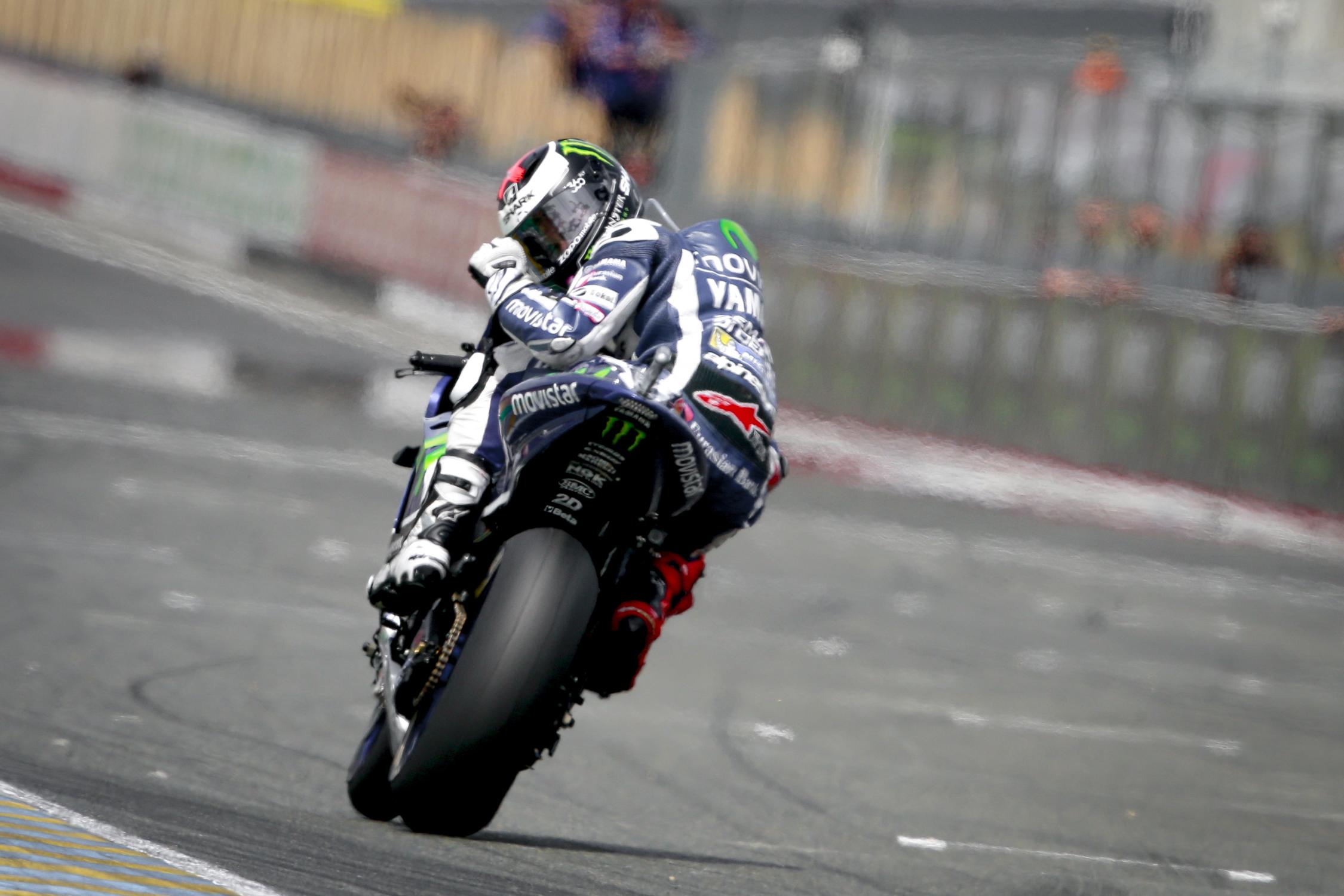 What might be significant is that both Lorenzo’s wins – in Qatar and in France – were achieved on softer casing rear tyres, which he prefers because a more pliant tyre gives the feel and edge grip he needs for his sky-high corner speed.

If the new casing did play an important part in Lorenzo’s latest win, it may prove even more crucial next week at magnificent Mugello, where corner speed is a much bigger deal than it is at Mickey Mouse Le Mans.

And yet in Italy the focus may move to the front tyre, because Mugello is one of those rare racetracks where the front can be more important than the rear, because the undulating layout features numerous negative-camber corner entries, where it’s much easier to lose the front because the track goes away from you. Some of those downhill entries are also quite bumpy – in other words they are very much like the Musee left-hander at Le Mans that claimed four victims on Sunday.

Marc Marquez’s Musee tumble made it one-all between the three men at the top of the championship. All three crashes – Lorenzo in Argentina (with a little help from a damp patch of asphalt), Valentino Rossi at COTA and Marquez in France – were front-end crashes, the latter two during off-camber entries.

Thus Michelin will need to get its front tyres exactly right for Mugello – which means lots of grip, lots of feel and plenty of confidence – or there will be some high-speed tumbles. Le Mans is mostly hairpins, Mugello is mostly scary-fast sweepers and esses; you don’t get slow crashes there.

Sunday’s biggest talking point was the number of crashes at Le Mans, but are the riders really crashing more with Michelin than they did with Bridgestone?

How will it go at Mugello? The ultra-challenging nature of the track will make it difficult for Michelin to better Bridgestone in its first race there since 2008, but one thing is for sure: Ducati has a real chance to score its first MotoGP victory since 2010, following its fastest start to a season since 2009. Its biggest concern will be Yamaha, fresh from a back-to-back one-two. 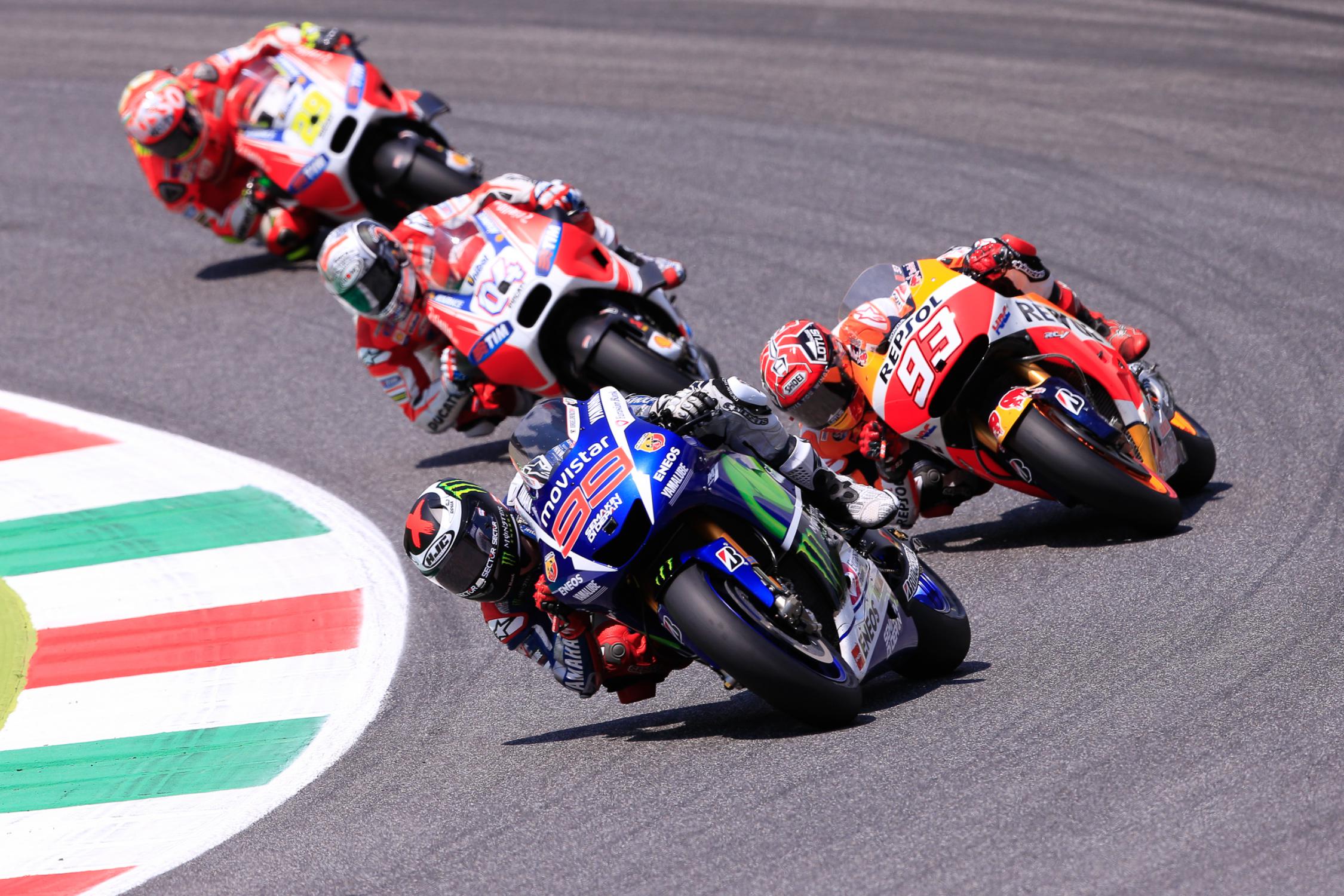 Mugello is Ducati’s test track, so Andrea Iannone and Andrea Dovizioso both rode there before Le Mans, perfecting their base set-up for the circuit and no doubt testing some special Mugello wings. However, they’ll be as nervous as the rest of them about the track’s high-speed negative-camber corner entries – both lost the front into downhill corners on Sunday.

It is no surprise that Michelin are still struggling to build the right tyres and it’s not Michelin’s fault either. The French company was thrown out of MotoGP very much against its wishes at the end of 2008 – after a very insalubrious game of paddock politics – so it is playing catch-up for seven seasons outside bike racing’s most technically demanding category.

When Bridgestone won the control-tyre contract from 2009 it hit the ground running, with nine consecutive seasons in the class behind them. This is another unintended consequence of control-tyre rules and it’s therefore the fault of MotoGP, not of the tyre companies: every time MotoGP changes its tyre supplier there will be an almighty hiccough before the riders get what they want and the racing settles down. And becomes predictable…