Many years ago I asked Wayne Rainey what’s the fastest he had been on a motorcycle. He told me 201mph at Yamaha’s Fukuroi test track. How did that feel? “It felt like it needed another tooth off the rear,” he replied. In other words, the speed itself meant zilch; his only concern was gaining more speed by raising the gearing a fraction. Not even a hint of a buzz or of fear. “It doesn’t matter if you’re doing 150 or 205,” he added. “You don’t feel the sensation.” 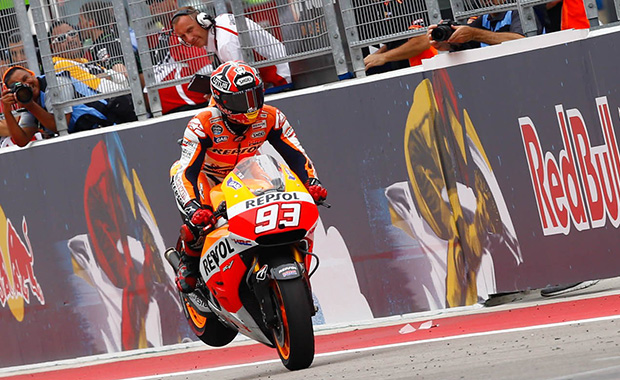 On the correct gearing a 2014 YZR-M1 would surpass 220mph at Fukuroi, which is why many MotoGP riders are now asking for top speeds to be reduced. MotoGP bosses agree on this one because they are terrified of the consequences of a 200mph-plus accident.

“We have the first signals that something may happen on the straight, so this is what we must address now, says Dorna’s Director of Technology Corrado Cecchinelli. “We have to do something.” 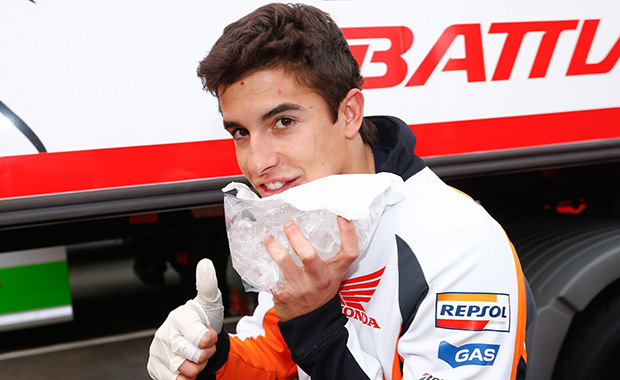 That first signal came last year at Mugello when Marc Márquez crashed at 209mph. The World Champion miraculously walked away from the accident, but the next man to fall at such a speed may not be so lucky, especially if more than one motorcycle is involved.

Many riders believe that the weight of the latest MotoGP bikes is also part of the problem. The bikes now weigh 160kg or more, up from 115kg in 1990, following the switch to four-strokes and a series of increases in the minimum weight limit to reduce the need for costly exotic materials. Cecchinelli doesn’t agree with the riders on this one, because the laws of physics say that weight plays only a minor role in dissipating energy while slowing from speed.

“The braking issue is a matter of mass and speed, but speed counts for much more than mass,” adds Cecchinelli. “The equation for energy is this: energy equals one half of mass multiplied by velocity squared. This is the energy you need to dissipate during braking, so speed is way more important than mass.

“The practical difference you could make by reducing mass would be really small. It would also come at a very high cost because taking five kilos from these bikes would be crazy expensive.” 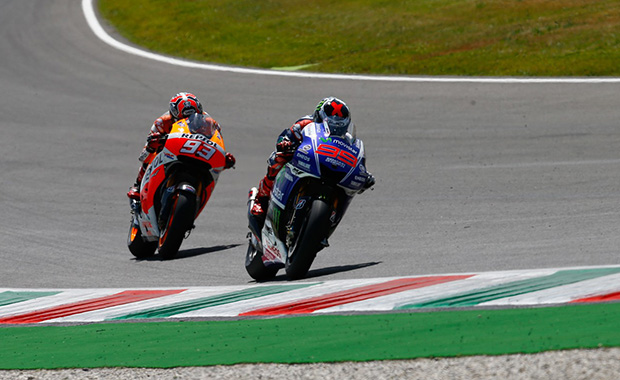 Cecchinelli worked for Ducati’s WSB team in the Carl Fogarty era and with Ducati’s MotoGP squad during its best years in MotoGP, so he knows what he’s talking about, but I’d disagree with him on one point. If I had just crashed, I know which bike I’d rather have land on my head: I’d choose a 115kg 500 every day over a 160kg MotoGP bike.

Cecchinelli’s preferred solution to the speed issue is a rev limit. “We could introduce an rpm limit tomorrow, with no significant cost and have a big effect on top speed which would address a number of other issues, like braking, run-off areas, circuit homologation and so on.

“A rev limit seems obvious to me because it’s a simple, cheap and effective solution, but it seems impossible to introduce. You talk to one factory they agree, but the others don’t, so if they don’t agree you switch to another field of battle, like brakes.” This is why MotoGP recently allowed riders to use bigger brakes at all tracks. 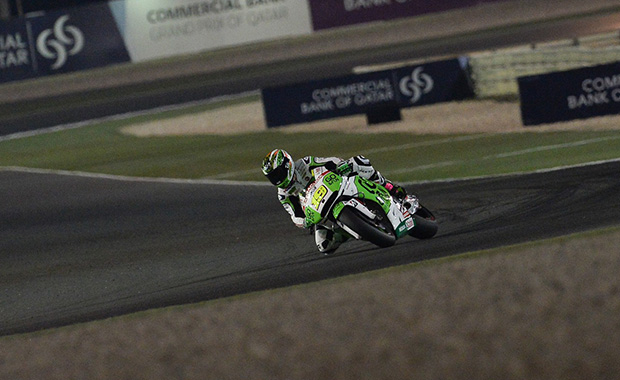 “We know all the manufacturers would complain about an rpm limit because they will have to design new engines to have maximum power at, say, 2000rpm less, but that cost would only come when they try to restore performance and this is a different matter. An rpm reduction would also increase engine life and force engineers to design engines that breathe better at lower rpm, which would be more relevant to street bike R&D.”

I agree with Cecchinelli that top speeds need to be reduced – even if it will be sad to see the back of MotoGP’s fire-breathing 260 horsepower, 217mph monsters – but I wonder if Cecchinelli and his colleagues should also be thinking about increasing safety in the corners, where 99 per cent of accidents happen.

Run-off is a major concern at many tracks with faster corners, so if we don’t want to lose MotoGP’s greatest venues something needs to be done about corner speed. 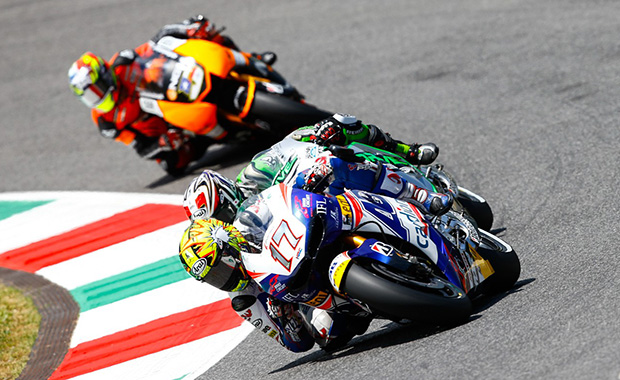 Ironically, the last time MotoGP tried to reduce performance (following the death of Daijiro Kato at Suzuka in 2003), the factories introduced the 800s that were actually faster through the corners. Tyre and electronics development means the latest 1000s are similarly quick through the turns, with bikes often reaching the barriers during accidents.

There are several ways to reduce corner speed but only one sure-fire method: reduce grip. When I suggested this to Bridgestone they recoiled in horror, as they should. Tyre engineers spend their lives trying to improve grip. Telling them to reduce grip is like asking a bricky to knock down the house he’s just built.

But from the end of next year MotoGP has a new tyre supplier. Might not this be the perfect moment to consider a new way forward with tyres, along with the compulsory control ECU and a possible rpm limit? Because if corner speeds keep increasing it’s possible that the tracks we really love – Mugello, Phillip Island and Brno – will fall victim to the corner speed/run-off equation. 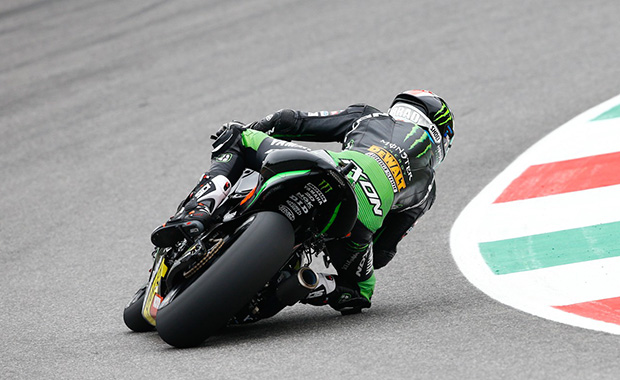 Cecchinelli is wary of reducing grip because the riders always want more grip, not less. But if you increase feel and predictability while reducing outright grip, the riders will be safer in more ways than one. They will have more feel, so they will be less likely to crash in the first place, and if they do crash they will be going slower around the corners so they won’t tumble so far.

There is another way to reduce cornering performance: reduce electronic controls. Dorna are already onto this with the control ECU, which becomes compulsory from 2016, which should return rider controls to safety features, rather than performance features. 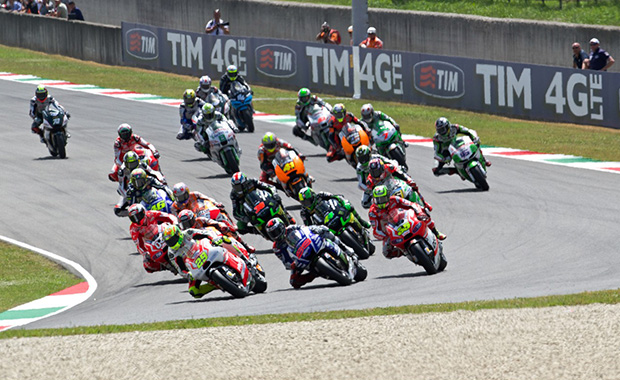 “At the moment the factories aren’t making safety traction control – to make safety traction control you need slide control, not slip control,” Cecchinelli explains. “One thing I do want to remove is electronics strategies that work according to the bike’s position on track because there is a lot of cost involved in tuning these systems which have no relevance to street bikes. I can’t say that will improve safety, but you will have simpler software which puts more control in the hands of the rider and in general lowers performance.”

There could be a knock-on benefit to all these measures. Focusing on tyre feel rather than outright grip will allow riders to ride more out of shape. And banning position-sensitive engine-braking control, traction control and wheelie control will require engineers to use a ‘track average’, so in general riders will have less electronics assistance, which should create the kind of sideways action we remember from the glorious early days of MotoGP.