When Joan Mir was crowned MotoGP champion last November he was the first Red Bull Rookie to conquer bike racing’s highest peak. And when the 2021 grand prix season gets underway almost one-third of the riders on the MotoGP grid will be former Rookies: Enea Bastianini, Brad Binder, Jorge Martin, Mir, Miguel Oliveira, Lorenzo Savadori and Johann Zarco. And across all three classes 32 of the 80 contestants will be graduates of the Red Bull-backed series.

These statistics give you some idea of the impact made by the championship since its launch in 2007.

And there’s more: over the past 14 years 201 riders have passed through the Rookies Cup, with 86 graduating to grands prix, scoring more than 100 GP victories and five world championships, with Binder, Danny Kent, Martin, Mir and Zarco.

It’s impressive stuff, but what’s really interesting about the Rookies Cup is the way it shines a light on how different riders develop at different rates and in different ways. In other words, it’s not always the fastest kids that become the fastest grown-ups.

“The way he rode, you would’ve said he’s golden. But the best since then is a couple of third places in Moto3”

Mir contested the Rookies Cup in 2013 and 2014. He didn’t win a single race in his first year and only won three of the 14 rounds in his second season, which he finished in second place, some way behind Martin.

Mir took off once he moved into Moto3 in 2016 at the age of 18. He won his first GP that summer and dominated the championship in 2017, winning ten of 18 races.

“It’s very interesting, because Joan was one of the rough-diamond types,” says former racer and MotoGP team boss Peter Clifford, who has been Rookies Cup director of rider development and media since 2007. “He was there but he was a bit on the ragged edge sometimes. That proves it’s easier for riders to calm down a bit than it is for riders who aren’t fast enough to learn to go quicker. Joan was one of them.” 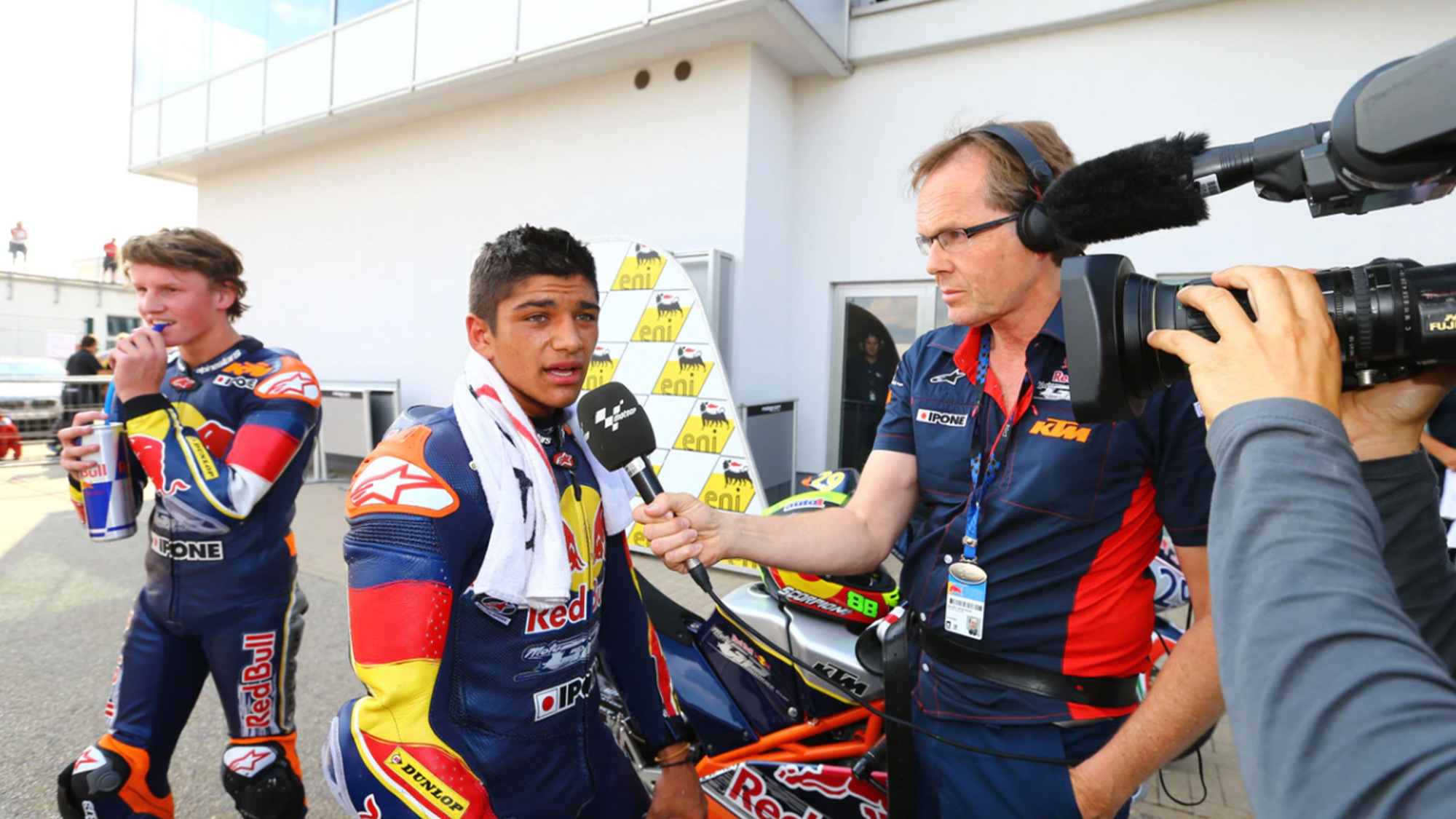 Binder was the third Rookie to win a world title (the 2016 Moto3 championship) and the first to win a MotoGP race (the 2020 Czech GP) but neither was he a big star of the Rookies Cup, which he contested from 2009 to 2011. During those three seasons he won only one race and finished a best of fifth overall.

“For many reasons it’s impossible to judge who will go all the way,” adds Clifford. “If you look at Brad, who’s been one of our most successful riders, from what he did during his three years with us you would’ve said he’s a good rider, but if you’d asked me, will he be world champion, I’d have said probably not.”

And then of course there are the riders who have taken the opposite trajectory.

Bo Bendsneyder utterly dominated the 2015 Rookies Cup, winning more than half the races.

Some will decide that motorcycle racing will be their life. Others won’t.

“Bo looked like he had it all – the way he rode that year you would’ve said he’s absolutely golden,” says Clifford. “At one race his bike broke in qualifying so he had to go out on our spare bike, which wasn’t set up for him, and yet he got pole! But the best he’s done since then is a couple of third places in Moto3.

“Karel Haneka and Can Oncu were the same. Haneka won half the races in 2013, then went into GPs and never got on a podium. Oncu won his first race in Moto3 at the end of 2018, then disappeared down a hole and never even made it into the top ten again.”

Because it’s not simply a case of riders developing their riding talent. The teenagers that contest the Rookies series are at a highly significant stage of their lives. They’re developing rapidly in every way, they’re evolving from kids into grown-ups and they’re getting their first taste of the real world. 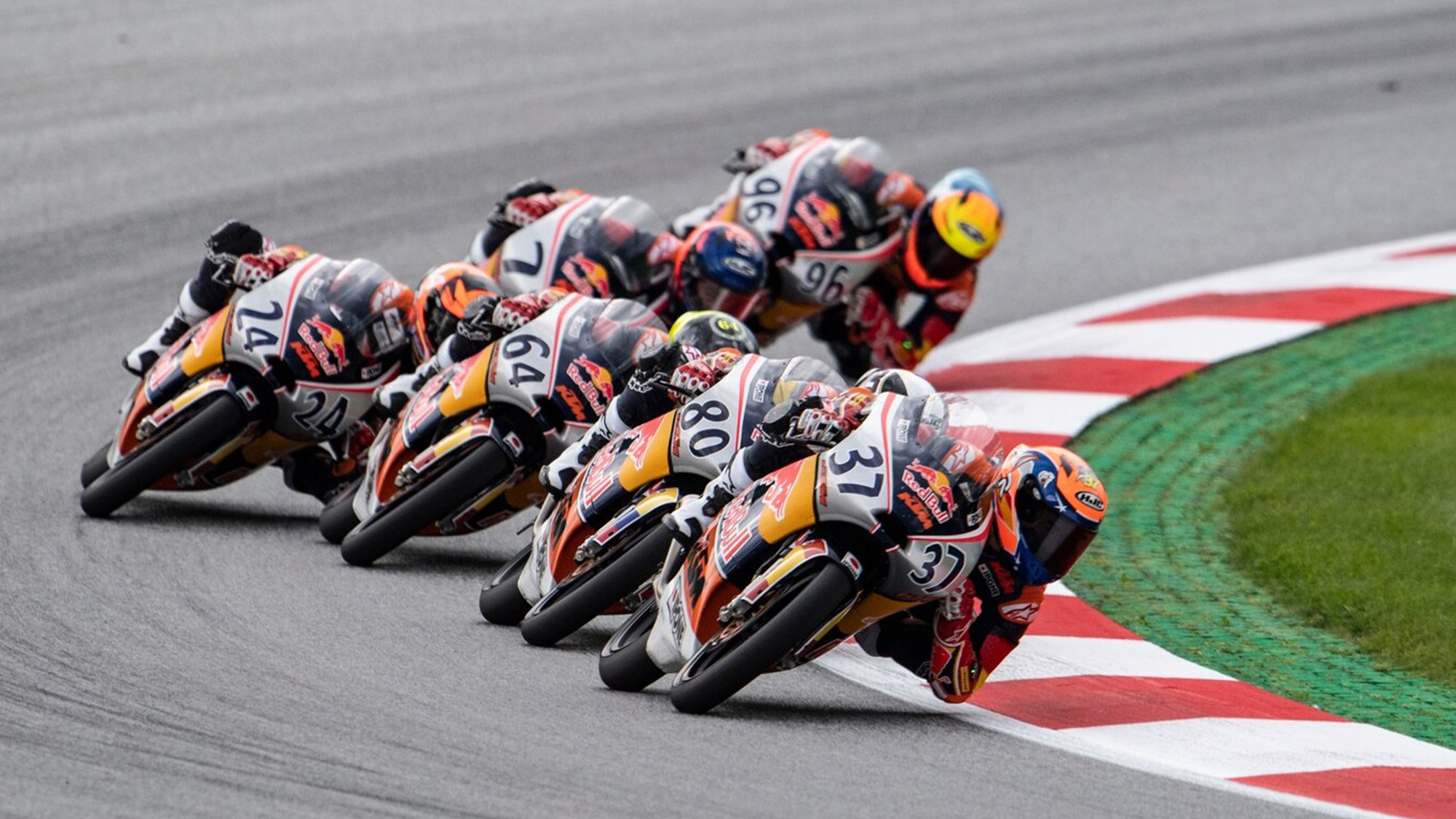 “They’re all kids and they’re all changing,” Clifford affirms. “We often have them for three years and they develop and they change tremendously through that time.

“It’s great to watch them progress and see some of them eventually become world champions, but in fact the picture is much bigger than that. Every year we want all 26 rookies to be the best they can be. If all of them can get something out of the Rookie Cup, if they improve themselves and if they have a great experience then it’s been a success.

I’ve smelt the future of MotoGP, and boy, it don’t half pong

First published in October 2007 Smell is the most evocative of all the senses, which is why I’m immediately dragged back to my schooldays – in a wibbly-wobbly movie memory…

“It’s the same whether they’re trying to make it in motorcycle racing, tennis or soccer. Some kids can peak at 15, 16 or whatever, which is desperately tough for them, but if they’ve had fun doing it and if we’ve helped them be the best they can be then we’ve succeeded, even if they don’t become world champions.

Although Clifford admits he can’t be sure about how former Rookies will go in GPs he’s convinced that 2020 champion Pedro Acosta is special.

“Pedro is very, very impressive. He’s a real thinker and he’s one of the few who as a young kid can explain to you what he’s thinking. Last season he often had the race won before he went to the start line because he knew what he was going to do.

“In practice and qualifying he’s not always trying to make the motorcycle perfect, because he knows that no matter what he does that at some point in the race the bike won’t be perfect, either because the track temperature has changed or because his tyres are worn out or whatever. The way he works he’s better able to ride the bike when it isn’t perfect. He really works on that and that’s hugely beneficial for him.

“I think he will do great things but whether he does them immediately or not I don’t know.”

Obviously Red Bull try to hang onto the most promising Rookies, as part of the Red Bull KTM talent-making machine. This year Acosta will contest the Moto3 world championship with the Red Bull KTM Ajo Moto3 team, just like Binder, Oliveira and others before him. But Red Bull doesn’t always keep hold of its greatest creations – Mir is a Monster rider.