Can the arrival of a new electronics engineer help Valentino Rossi save Yamaha from equalling its longest victory drought since the 1990s? 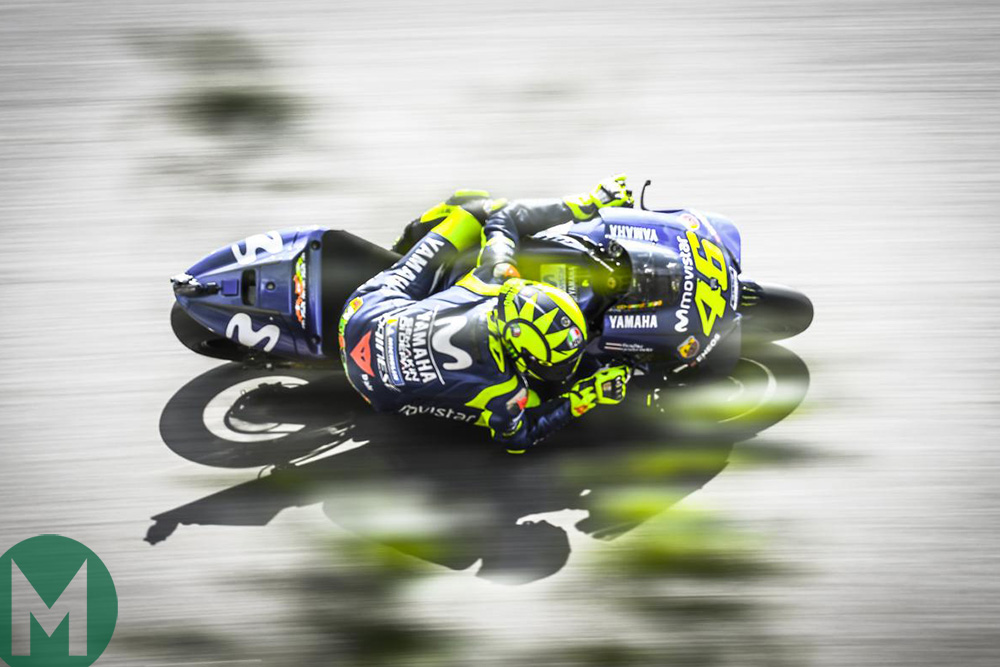 Valentino Rossi and Maverick Viñales have a solemn mission to perform this weekend at Silverstone. The pair needs to win Sunday’s race or the next one at Misano to prevent a sad new chapter being written in the annals of the Yamaha Motor Company.

If it fails to achieve victory at Silverstone, Yamaha will have gone 22 races without a premier-class win, equalling its worst victory drought since the 1990s, between Loris Capirossi winning the 1996 Australian Grand Prix and Simon Crafar winning the 1998 British GP.

And if Rossi and Viñales fail again at Misano next month, Yamaha will suffer its worst racing crisis since the company first entered the class of kings in 1973.

Of course, Yamaha isn’t the only factory to have fallen into a slough of defeat. Ducati went 101 races without a win between Casey Stoner’s last victory on the Desmosedici in 2010 and its first success under Gigi Dall’Igna’s guidance in 2016, while Suzuki went 167 races without a winner’s trophy, between Chris Vermeulen’s win at Le Mans in 2007 and Viñales’ victory at Silverstone two years ago.

Even Honda has had its dark days – the 800cc RC212V took years to get right, so Honda went 18 races without a win between 2008 and 2009. And the company went three years without even scoring a world championship point when it campaigned the oval-piston NR500 four-stroke against Suzuki’s and Yamaha’s faster two-strokes between 1979 and 1981.

Perhaps it was the bells of history tolling at Yamaha head office in Japan that had YZR-M1 project leader Kouji Tsuya making a public apology to Rossi and Viñales during the last Grand Prix in Austria.

“We have to apologise to our riders for the poor acceleration performance,” said Tsuya. “We are investigating how to solve this problem…”

Japanese companies always like to look forward, but history and tradition are also important to them. Yamaha has been a major player in 500cc and MotoGP racing since Jarno Saarinen won first time out on the factory’s original 500 four in April 1973, since Giacomo Agostini won the brand’s first 500 title two years later, since Kenny Roberts, Eddie Lawson and Wayne Rainey each added another three 500 crowns to the company’s roll of honour and since the seven MotoGP titles won by Rossi and Jorge Lorenzo.

It was therefore easy to understand Tsuya’s discomfort during his statement, but anyone who suggested his words were unprecedented has a short memory.

Can Gadda unlock the secret to MotoGP’s Magneti Marelli control software, as Ducati and Honda have done?

At Phillip Island in 2001, YZR500 project leader Masahiko Nakajima stunned the paddock by taking the blame for Max Biaggi losing that year’s title to Rossi, who was then riding a Honda NSR500.

“It seems our bike does not accept his entry speed for the corners,” said Nakajima after Biaggi had suffered several crashes that ended his title hopes.

Who asked Nakajima to make that statement? Almost certainly Biaggi. Who asked Tsuya to make his statement? Who knows? And it doesn’t really matter, because what’s important is how Yamaha can extract more speed from the M1, so it can once again beat Honda’s RC213V and Ducati’s Desmosedici.

The first thing to note is that Yamaha hasn’t got that much catching up to do. At three of the last four races, the best M1 finished the race an average 2.4 seconds behind the winner, a performance gap of less than 0.1 per cent.

The big question is: how can Yamaha bridge that tiny gap?

For the past year and more Rossi has blamed the M1’s performance on a lack of acceleration caused by poorly mapped traction control.

“We have had this problem from August 2017 and more or less we are where we were last year,” he said in Germany last month. “To me the problem is very clear and I have said this many times to Yamaha.”

In Austria, Movistar team manager Massimo Meregalli revealed that Yamaha’s failure to fix the problem in Japan has finally forced the company to bring in European software experts.

Yamaha’s racing director Lin Jarvis went into further detail. “We now have three Spanish electronics engineers, an Italian and a Belgian working with a group from Japan, so we have a lot of people, but we need more,” said Jarvis. “We also have somebody working on the problem who has a lot of electronics experience with Ducati, BMW and Yamaha.”

This last engineer is Michele Gadda, who started out with Yamaha’s World Superbike team, then moved to BMW to work with Marco Melandri, then to Ducati with Chaz Davies and last year back to Yamaha, with Alex Lowes and Michael van der Mark. Gadda has been credited with helping to transform the YZF-R1 into a winner, by increasing its acceleration performance. He helped Rossi and Viñales at Brno, again at last weekend’s Misano tests and is likely to be with the team for the rest of the year.

Can Gadda unlock the secret to MotoGP’s Magneti Marelli control software, as Ducati and Honda have done? Possibly, but reconfiguring the M1’s engine mapping, traction control and so on won’t be an overnight job.

Or, are electronics the M1’s real problem? Rossi insists that the 2018 M1 chassis is just about as good as it can get – with excellent chassis balance creating impressive mechanical grip – but what about the engine?

In Austria, the seven-time MotoGP king suggested for the first time that poor traction control may not be the only reason behind Yamaha’s worst of times.

“It’s not just the electronics,” he said after finishing sixth, 14 seconds down on winner Lorenzo. “It’s also the engine. Honda and Ducati have changed very, very much over the last year. It’s a combination of engine and electronics – this is the way.”

Saturday’s wet-weather practice at the Red Bull Ring suggested that Yamaha has actually taken a step back in power delivery this year. “Our acceleration problem becomes much bigger in the wet,” admitted Rossi.

Which makes you wonder whether Yamaha has fallen into the trap of running a lighter crankshaft in pursuit of more performance, only to end up with less. Too little crankshaft inertia causes the engine to pick up revs too quickly, which creates wheelspin. This wasn’t a big deal in the days of tailormade factory electronics, because electronics engineers could band-aid the problem. But that can’t be done now because Dorna’s spec electronics aren’t sophisticated enough. The switch to Michelin has also played a part, because its rear slick grips and drives in a different way to the Bridgestone.

Will they get the M1 winning again this year, or will Rossi and Viñales have to wait for Yamaha’s 2019 engine?

Crankshaft mass is, therefore, more critical than it’s ever been. Suzuki discovered this to its cost during the past two seasons – in 2016 the GSX-RR’s crankshaft was too light, causing traction problems, and last year it was fractionally too heavy, causing turning problems.

Even further back, this problem was even easier to fix because factories could change crankshaft mass whenever they wanted. Indeed some changed crank mass from track to track, according to the demands of each layout. Honda’s awesome RC211V, MotoGP champion in 2002, 2003 and 2006, had a choice of three different flywheels: medium, light and heavy, which could be switched without even stripping the engine to adjust corner-entry and corner-exit behaviour. None of this is possible now, because engines are sealed at the start of each season.

That means Gadda and his fellow electronics engineers have their work cut out. Will they get the M1 winning again this year, or will Rossi and Viñales have to wait for Yamaha’s 2019 engine?

Or will Silverstone’s fast and flowing layout – where a good chassis counts for more than good traction control – allow Rossi to end Yamaha’s hurt, just like he did when he first joined the factory in 2004? Last year at Silverstone he finished third, seven tenths behind winner Andrea Dovizioso, with Viñales just one-tenth behind the Ducati.