Ten years ago, when Valentino Rossi was already the old man of the MotoGP grid, he was worried about keen youngsters like Jorge Lorenzo, Dani Pedrosa and Casey Stoner coming to get him.

“They are like sharks circling around me,” he told journalists during the 2009 Mugello GP. “If I am not strong, I know that they will eat me in one bite. They look at me with a little bit of blood flowing and maybe they think, ‘okay, now is the time’.”

There are many amazing Rossi statistics, but here is the most jaw-dropping of them all: since world championship racing began in 1949 there’s been about 940 Grands Prix, of which Rossi has competed in more than 400.

However, 2019 was Rossi’s worst-ever season, apart from his two years with Ducati. During 2019 he took home an average 9.1 points from each race, against 22.3 points per race in his best season, in 2003, when 2019 rookie sensation Fabio Quartararo wasn’t long out of nappies.

So is it time for the 40-year-old to follow Stoner, Pedrosa, Lorenzo and the rest into retirement?

It’s a stupid question, of course. But there are enough people asking the question to address it.

Why do people think Rossi should retire? There are a few reasons: he’s no longer fast enough, he’s tarnishing his legacy, he’s upsetting fans with his lacklustre results, he should give up his ride to a youngster and on the way up.

Let’s take these one at a time. First, isn’t he fast enough? Well, it’s certainly true that Rossi isn’t the man he used to be (who is?) and he hasn’t won a race in more than two years. But during that same period, Yamaha has won three out of 47 MotoGP races, which suggests that it’s not only the riders at fault.

Rossi certainly isn’t too slow. He had some bad weekends in 2019, but he scored two podiums and two front-row starts and earlier this month he set a new lap record at Sepang, the most gruelling race of the year, which he finished 5.9 seconds behind winning team-mate Maverick Viñales. If we convert that gap into percentages, Rossi’s race performance was 99.7 percent of the winner’s. That isn’t slow. 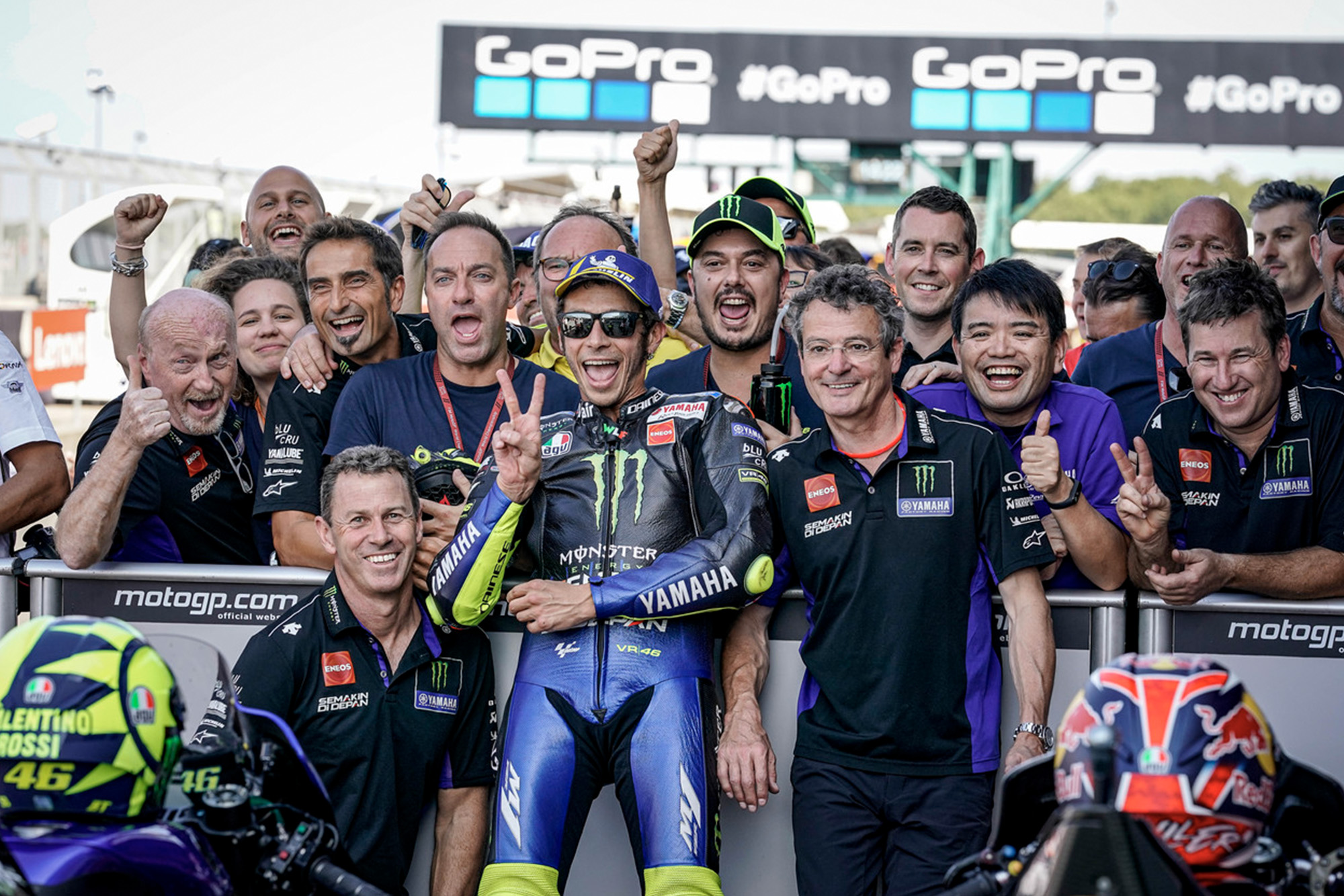 Is he tarnishing his legacy? No, he isn’t. And even if he was, it’s his legacy to tarnish.

The fact is that most racers have to have a dire time for a long time before they finally decide to call it quits. They’ve spent most of their lives in love with motorcycle racing and it takes a lot to end that romance: usually the gradual realisation that their results are getting worse and will only keep getting worse, or a nasty injury.

Rossi may be in the twilight of his career but he obviously believes that his results aren’t definitely going to get worse. If Yamaha ups its game – which it has recently – there’s a chance he will score a few podiums in 2020, just like he did this year.

Most importantly Rossi still loves what he does. He loves the whole MotoGP gig: the peripatetic lifestyle, paddock life and most of all mainlining adrenaline every time he rides out of pit lane on his Yamaha YZR-M1.

He can handle the dire times. He takes bad results as an inevitable part of racing, and when things don’t go right he’s still fascinated by the process of trying to find his way through the labyrinth of MotoGP technology to improve his performance. 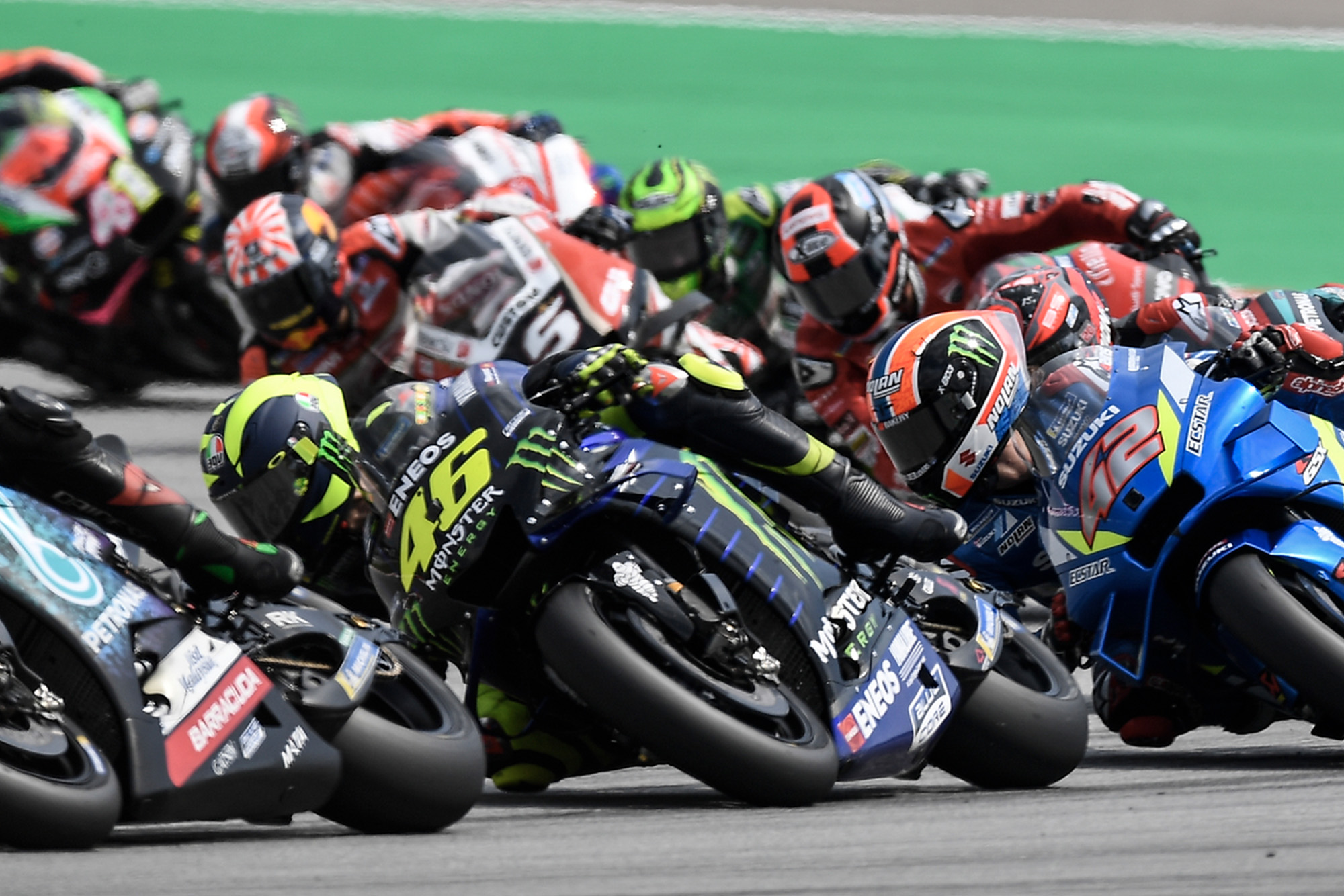 Rossi fighting in the pack

Many of Rossi’s fans hate to see him on his bad days, struggling around the backside of the top ten, but so what?

That’s not his problem. Rossi races for himself, not for his fans, and anyone who thinks otherwise is fooling themselves.

Isle of Man TT hero Michael Dunlop summed up this attitude best. “I’m not a monkey at a circus,” said the 19-times TT winner. “I’m not here to entertain anyone; I’m just here to win.”

Should Rossi vacate his factory Yamaha seat for some young hotshot?

This is not what racing is about. Motorcycle racing is almost entirely a selfish pursuit. If you’re the kind of person that thinks about others instead of yourself you won’t even make it through the first corner of a club race.

It is up to Yamaha to decide if it’s worth keeping Rossi. He may not be as fast as Maverick Viñales or Quartararo, but he almost certainly sells more motorcycles than the Spaniard and the Frenchman put together.

Motorcycle manufacturers go racing primarily to sell their products. It has always been thus. That’s why the first motorcycle makers went racing in the early years of the last century – to get their name in the headlines by proving to potential customers that their bikes were the fastest and most reliable. The R&D kickback from fighting in the white heat of competition was the offshoot of that PR exercise. 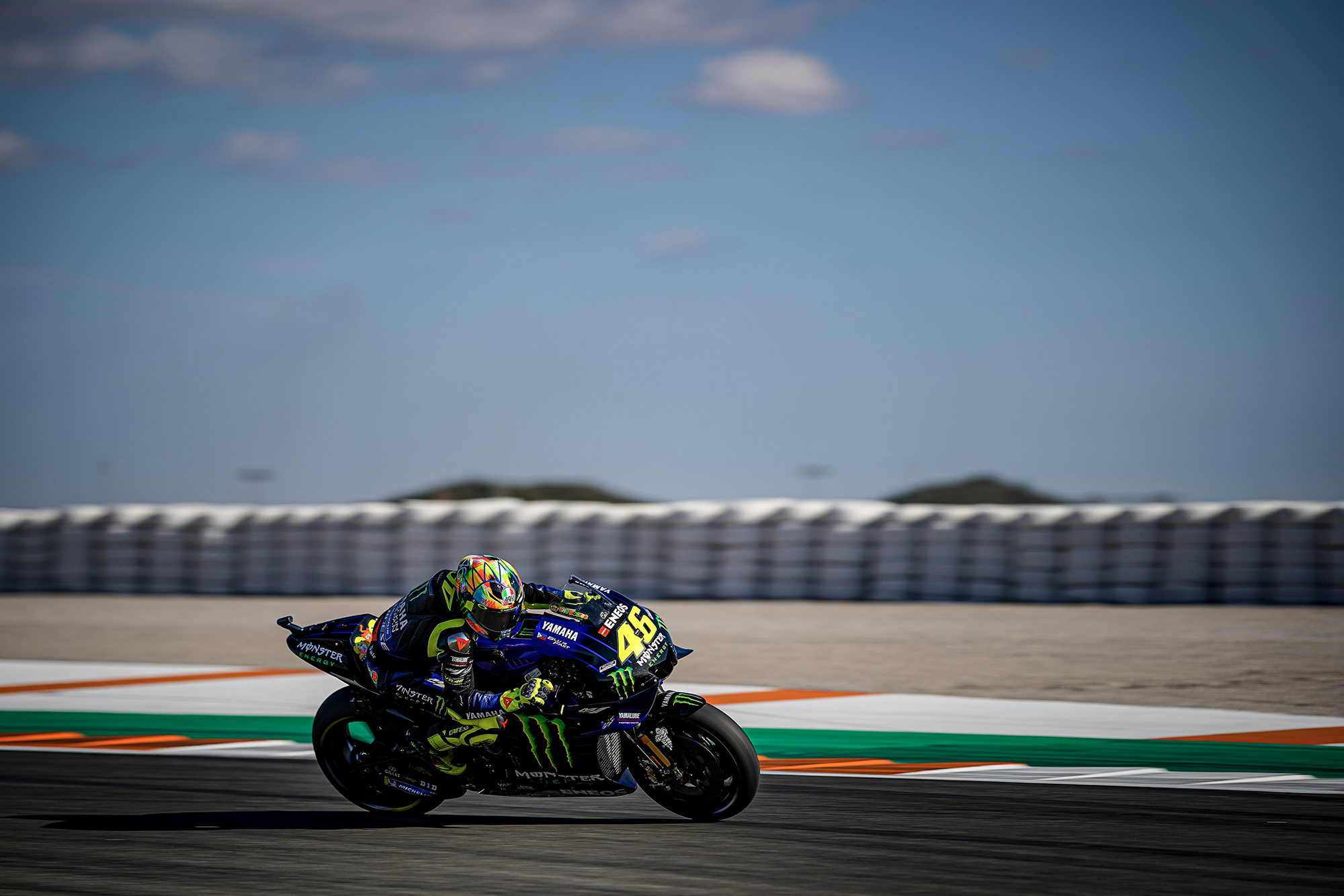 Testing for the 2020 season this week in Valencia

In other words, Rossi is still a profit generator for Yamaha. So why get rid of him? His current contract expires at the end of next season, when some paddock people in the know think he will quit riding and perhaps become team manager of Yamaha’s factory team. Other paddock people aren’t so sure. If he’s still enjoying racing at the end of 2020, why would he want to give it up?

The man has had a unique career. No one else in any form of top-level motorsport has achieved so much over such a long period of time. On his good days he fights with rivals who had posters of him on their bedroom walls when they were kids, to whom he was an inspiration. In what other sport does that happen?

At twice the age of Quartararo and no reason to race except the fact that he loves it, he is still prepared to lay life and limb on the line every time he rides. If you saw him battle Andrea Dovizioso at Sepang for the last place in the podium party, nearly tipping over the edge on several occasions, you will know how much he still wants it.

Rossi will retire when he’s good and ready, or when no one wants to give him a bike to ride. It’s that simple.