Ticket refunds are on the way, but there are still many questions that need to be asked about the British GP disaster 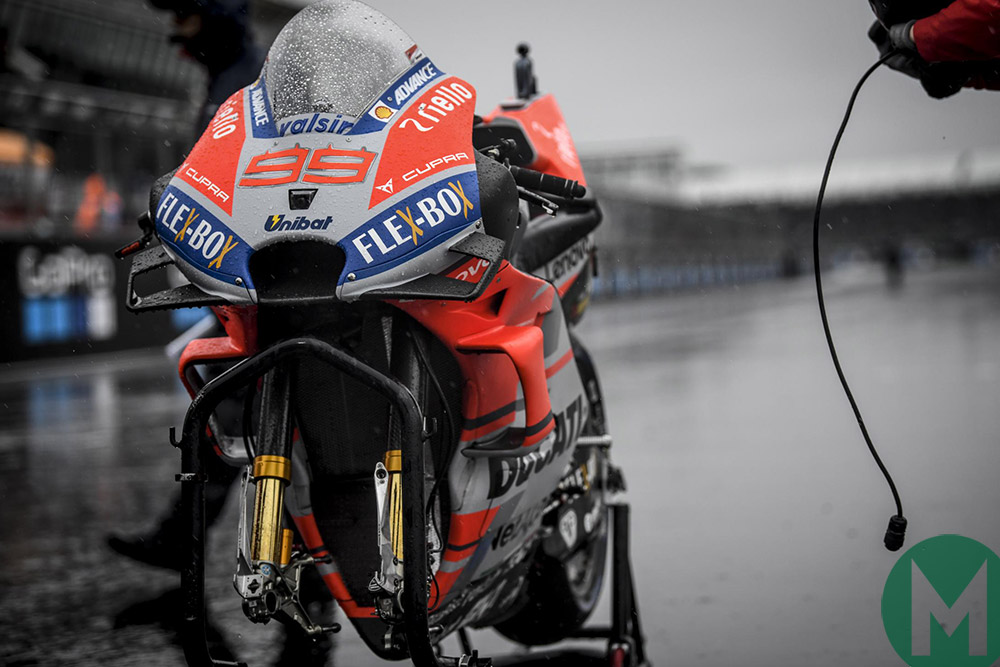 Two weeks after the British MotoGP Grand Prix that never was, an investigation is underway into what went wrong.

It is too early to know the results of that investigation, which is being jointly carried out by Silverstone and Aggregate Industries, the company responsible for resurfacing the race track in February this year. It is therefore impossible to apportion blame for what is undoubtedly one of the worst days in British motorcycle racing.

Here at Misano we’ve had more time to speak to the riders, MotoGP staff and others involved to get a better understanding of how the disastrous situation evolved.

Sunday afternoon at Silverstone was chaotic, with riders trying to stay in the zone, in case they had to race, while also attending meetings to decide what to do. By the end of the day most of them were as fed up as the fans.

The first rider I spoke to was Franco Morbidelli, the last of the three riders to crash when the rain came down at Stowe in the final minutes of Saturday’s FP4 session. This was the beginning of the end for the event.

In fact, Morbidelli was the first to actually crash his bike – both Alex Rins and Tito Rabat jumped off their machines when they lost control due to aquaplaning. Rins jumped at 100mph, Rabat at around 170mph, because it’s better to hit the ground than a trackside wall at that speed. Rabat was still in the gravel trap when Morbidelli’s fallen bike arrived, breaking his right femur in three places and his tibia and fibula. The injuries could have a long-term effect on the Spaniard’s career.

“They were the wettest conditions I’ve experienced on a track”

Many riders suggest that standing water on the track may have contributed to the conditions. This raises the possibility that the track was not draining as it should do.

“I’ve been riding a long time and I never found conditions like that – not the atmospheric conditions but the conditions on the ground,” said Morbidelli. “It was really strange, there was a big layer of water on the ground and it was quite impossible to do anything on the bike.

According to some riders the standing water was worst at Stowe and the subsequent Vale left-hander, but the entire track was affected by the same problem.

“When we left the box and rode to the grid on Sunday morning there was too much water everywhere,” said Maverick Viñales. “There wasn’t a worst part of the track because it was all the same.”

Jorge Lorenzo didn’t crash at Stowe, but he was one of several riders who aquaplaned and managed to stay on, getting his bike stopped just before he hit the fence.

“Once I got into fourth and fifth gear on Hangar Straight it was completely another world, like a big swimming pool,” he said. “I started to close the throttle and needed 400 metres to stop the bike, even then the front and rear tyres were locking and I wasn’t stopping. The problem was everywhere…”

After the race was called off, circuit owner Silverstone said it would be looking at whether Aggregate Industries’ work was the cause of the standing water problem.

“All the work we have done here to make Silverstone a better place for motorcycle racing has been done with the best of intentions. We will be making further investigations into this matter immediately after the bank holiday to understand whether our newly resurfaced track played a part in today’s inability to stage races,” said Silverstone managing director Stuart Pringle.

I have subsequently discovered that the British MotoGP weekend wasn’t the first time bike racers had run into aquaplaning issues on Silverstone’s new surface. Bemsee staged a club race meeting in April, where riders rode in similar conditions.

“It was standard heavy rain; it wasn’t biblical,” said Tom Williams, who races in Bemsee’s Thunderbike Sport class. “But they were the wettest conditions I’ve experienced on a track.”

Paul Bryant, who runs a team in MiniTwins, a class for bikes like Suzuki’s SV650 and Kawasaki’s ER-6, spoke to several riders in the Powerbike class, Bemsee’s superbike category.

“The Powerbike guys were getting aquaplaning in every single gear down Hangar Straight,” he said. “Even the MiniTwins were getting wheelspin on the straight.”

We asked Silverstone whether it had been made aware of these aquaplaning problems prior to the MotoGP weekend. At the time of going to press the circuit had not responded to us.

We also approached Aggregate Industries and asked them to update us on the situation and its causes. This was their response:

“We are working in close partnership with Silverstone and are conducting a full review of the track resurfacing to better understand the issues caused by the extremely wet conditions. We will continue to make resources available to assist our client during this difficult period.”

The results of the investigation are due in October. It seems likely that investigators will also study the FIM’s Standards for Circuits, which apply to all FIM-sanctioned racetracks. The document includes requirements for track gradient and for drainage. Straights must “be banked in order to allow proper drainage of the surface water. The transversal incline along the straights should be maintained between 1.5 per cent and 3 per cent.”

On drainage, the document states that “a proper drainage system must ensure that the racetrack, pit lane, verges, run-off areas and gravel beds are cleared of any surface water. When calculating the possible flow of water, local climatic conditions must be respected.”

The FIM’s Standards for Circuits booklet contains minimum requirements, but preparing and laying the surface of a top-spec racetrack is a complex science. Should this document then include more detail, not only on track specification, but also the methodology of how the site is prepared, how the sub-base is put down, how the asphalt is laid and how the surface is rolled flat?

In other words, Silverstone, AI, the FIM and Dorna, the governing body, all have questions to answer. It seems unlikely that the blame can be laid entirely on any single concern.

Finally, there is one very important factor to consider. Silverstone has announced that it will inform fans about refunds within the next week. To a large extent who pays for that refund – which could be run into the millions – will depend on the findings of the investigation.

It is fair to say that the completion of that investigation is being awaited with bated breath by all concerned.

Were you at Silverstone for the British GP? Have your say in the comment section below, and sign up for Mat Oxley’s newsletter below