A few nights before the 2001 GP season kicked off at Suzuka I had a dream, one of those pre-season anxiety dreams I have before most seasons. I dreamt that all the riders had undergone head transplants with each other.

After the race I was rushing around the paddock searching for riders I needed to interview, but I kept speaking to the wrong guys. I walked over to Kenny Roberts Jr and started talking to him, then realised it was Valentino Rossi; the pair of them had swapped heads. I tracked down Leon Haslam, only for him to tell me he’d exchanged with Jeremy McWilliams (that’ll be the old head on young shoulders, then).

I tell you, I was getting a little confused, a little panicked, and a long way behind my deadlines.

The MotoGP paddock can have that effect on you. It’s a weird environment, populated by some of the most extreme people you’ll ever meet. And not only the riders. Everyone at GPs has a hint of the psychotic about them (yeah, yeah, I’m including the media in this) because they’re super, super serious about what they do. The riders, for starters, have one of the weirdest jobs on earth; flying around the world, employed as mobile advertising hoardings and occasionally hurling themselves at Armco barriers. 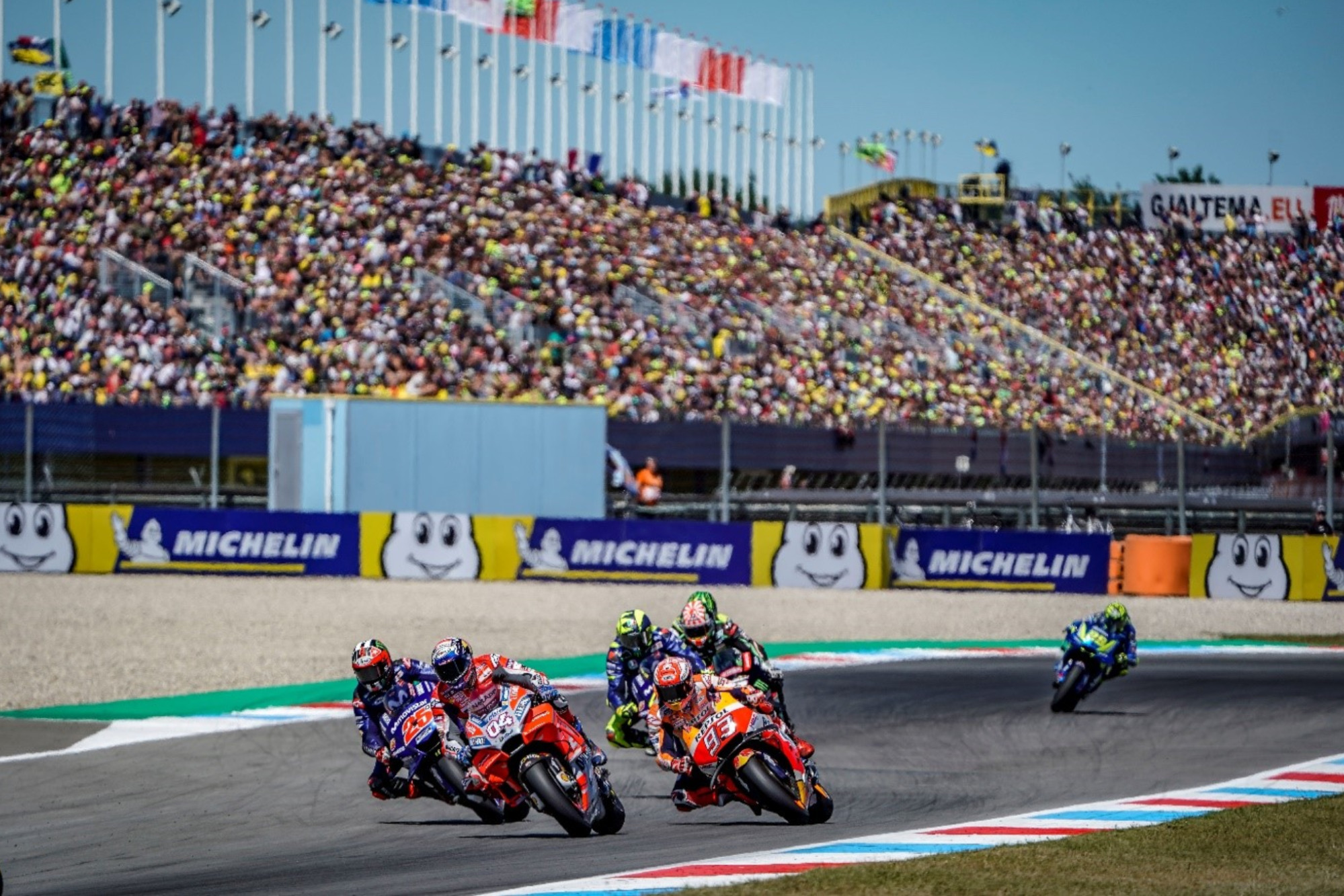 We all love to watch a good duff-up on the racetrack, but what about the riders? We asked Marc Márquez, Valentino, Jorge, Cal and the rest what the racing battle means to them

Their mechanics are no less obsessed with what they do, most of them only get to return home for about six weeks in a year. And then there’s the team managers, the PR people, the cooks and the gofers, the medics and the media, the hangers-on and the floozies, a few thousand people in all. And the whole lot of them are stress monkeys. As Randy Mamola said recently, if a bunch of Martians started monitoring bike racing from space, they’d worry for humanity.

It’s my job as a journalist to wander through the paddock and make sense of the madness. But like life itself, it doesn’t quite work out like that. “The more I see, the more I know, the more I know, the less I understand,” sang that geezer from The Jam and he was pretty damn right. However, we have some fun along the way, trying to suss out this travelling circus of semi-lunatics.

The cleverest people in the GP paddock are the team managers…You’ve got to get up early in the morning to catch out a manager, way too early for me.

Some years ago I worked for ‘King’ Kenny Roberts’ Marlboro Yamaha team, so it was my job to speak to Wayne Rainey and John Kocinski each time they got off their motorcycles. When Kocinski wasn’t downright rude he was often hilarious, although he probably didn’t realise it. Spitting venom one Sunday morning at Circuit Paul Ricard after pre-race warm-up, he snarled at me, “I could do more with the turd that was floating in my toilet bowl this morning than with that motorcycle”.

I had hazy visions of the former 250 world champion, later World Superbike champ, lining up on the grid while the commentator shrieked, “And heeeere’s the little s**t on a big pile of s**t”. I hear that Little John has become a real-estate magnate, selling multi-million-dollar plots of land in Beverley Hills to Hollywood stars like Eddie Murphy. Congratulations, mate, I always knew you’d make a really good estate agent. 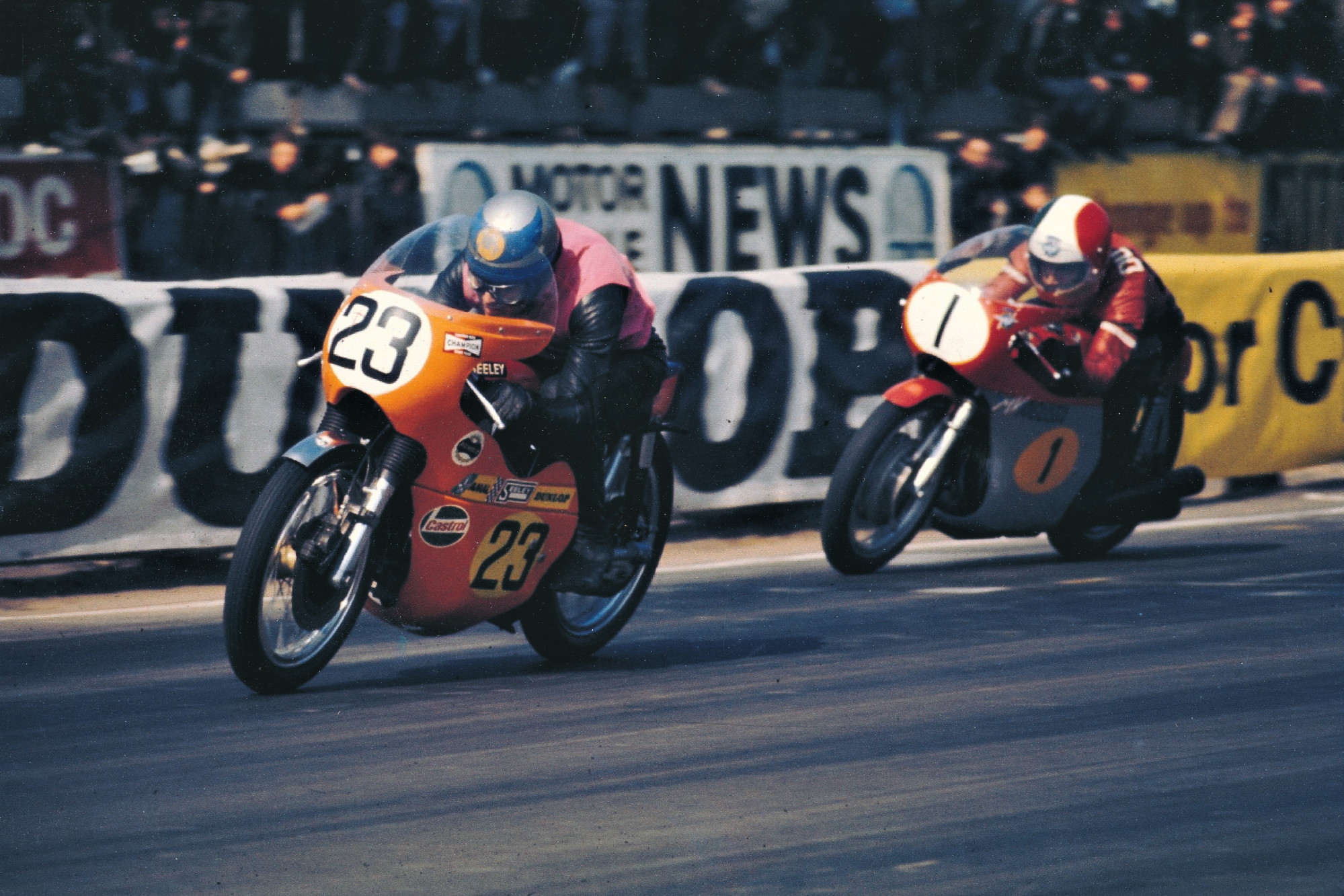 ‘You’d have a couple of pints, then go and race’: talking with Dave Croxford

Motorcycle racing has produced so many characters, but few will make you laugh as much as four-times British champion, Isle of Man TT winner and John Player Norton rider Dave…

Of course, we can’t really expect the riders to be anything else than slightly crazy. It is, as I’ve already pointed out, part of their job description. And as some team bosses occasionally say, with only the faintest hint of irony in their voices, they’re only cannon fodder. You only really see the truth in that statement when you’ve been hanging around in the paddock for a decade or two, watching riders come and go, arriving fresh-faced and enthusiastic, leaving gnarled, slightly broken and (occasionally) very rich.

The cleverest people in the GP paddock are the team managers and the riders’ personal managers. They’re around forever, like us journalists, and they don’t have to hurl themselves at the Armco barrier to make a few quid. You’ve got to get up early in the morning to catch out a manager, way too early for me.

A few years ago I caused a bit of a furore in the paddock by writing something about Max Biaggi. At that time there was a scurrilous rumour going around that he was gay, so I had a rant against the magazines that were publishing puerile, homophobic stuff about the former 250 champ – ‘he’s coming from behind!’ and so on. Pathetic, unpleasant stuff. My angle was this: if he was gay (which he isn’t), then it’s the others who’ve got a problem.

Wandering along the back of the pits one morning I was accosted by a couple of Suzuki mechanics (behind the pits at GPs is like behind the bike sheds at school, everyone hanging out, having a fag), who wanted to know why I’d written that Max was gay. “Nah,” I said. “I only wrote that there was a rumour going around the paddock that he was gay.” “Well,” replied their team manager Garry Taylor. “There’s a rumour going around the paddock that you’re a c***.” To which there is no reply 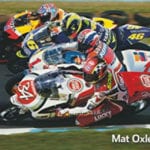