Many Britons wonder why British riders do so well in WSB and not so well in MotoGP. It’s a long story, says Mat Oxley… 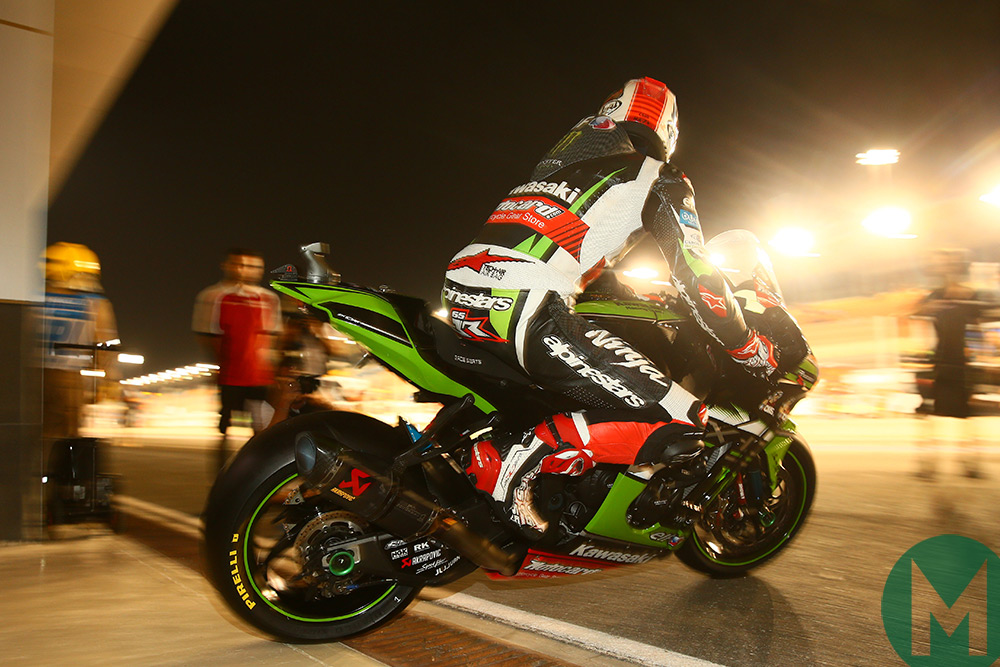 Congratulations are due to Jonathan Rea; heaps of congratulations: his MotoGP-beating lap time at Jerez last week, his history-making third consecutive World Superbike title, his record-breaking points haul, his MBE, his BBC Sports Personality of the Year nomination and much, much more. All richly deserved by a great talent riding at his peak.

But as for all the WSB versus MotoGP talk of recent days – following last week’s combined WSB/MotoGP tests at Jerez – it’s just hypothetical barroom banter. Sam Lowes knows this better than most, having competed in WSB, MotoGP, World Supersport and Moto2. On Saturday he tweeted, “Stupid all the talk about WSB and MotoGP at Jerez. Means nothing. Lots of awesome riders on awesome bikes. Different tyres. Impossible comparison.”

Just like last November, when Rea also topped the Jerez tests, social media has been buzzing with the Northern Irishman’s performance; with many wondering why he hasn’t been signed by a MotoGP team.

Rea has remained silent throughout. With good reason. He knows he made a choice to stay in WSB and no doubt he is happy with his choice and the great successes he has achieved. Cal Crutchlow took a different career path, quitting WSB after one season to risk it all in the premier class. No doubt he too is happy with his choice and his achievements.

Would Rea win races in MotoGP? Would Crutchlow win the WSB title? Maybe, maybe not. And maybe we will or maybe we won’t find out in the future. In other words, it’s all speculation and conjecture. Which is fine, if that’s your thing, but it’s ultimately a pointless ifs-and-buts argument: if a pig had wings, it could fly.

Related: A WSB bike faster than a MotoGP bike?

There are many other Britons who have contested both championships. James Toseland was a two-times WSB champ who didn’t quite make it in MotoGP. Chaz Davies spent five years on GP two-strokes but never got the top ride he deserved, so he switched to WSS and WSB where he has also achieved great things.

Racing isn’t fair, just like life isn’t fair. There are dozens and dozens of factors involved in every success and failure. And there are no easy rides, no golden tickets, no guaranteed factory MotoGP rides, even if you’ve won half a dozen WSB crowns.

Those British fans who believe that many fast Britons don’t get MotoGP rides because they’ve got the wrong passport are mostly incorrect. And there’s a bizarre self-pity in this viewpoint that suggests our riders are being conspired against; in other words that we would be winning MotoGP races if it wasn’t for foreign interference. “Dorna doesn’t want Brits in MotoGP,” they say.

It is important to remember that Britain was the dominant force in Grand Prix racing for decades. British riders took 381 GP victories and 44 riders world championships in the 29 seasons between 1949 and 1977. For many years they were the first choice of British, Italian and Japanese factories. In the 40 years since then, Britain has won 28 GPs and one world title. No empire lasts forever. 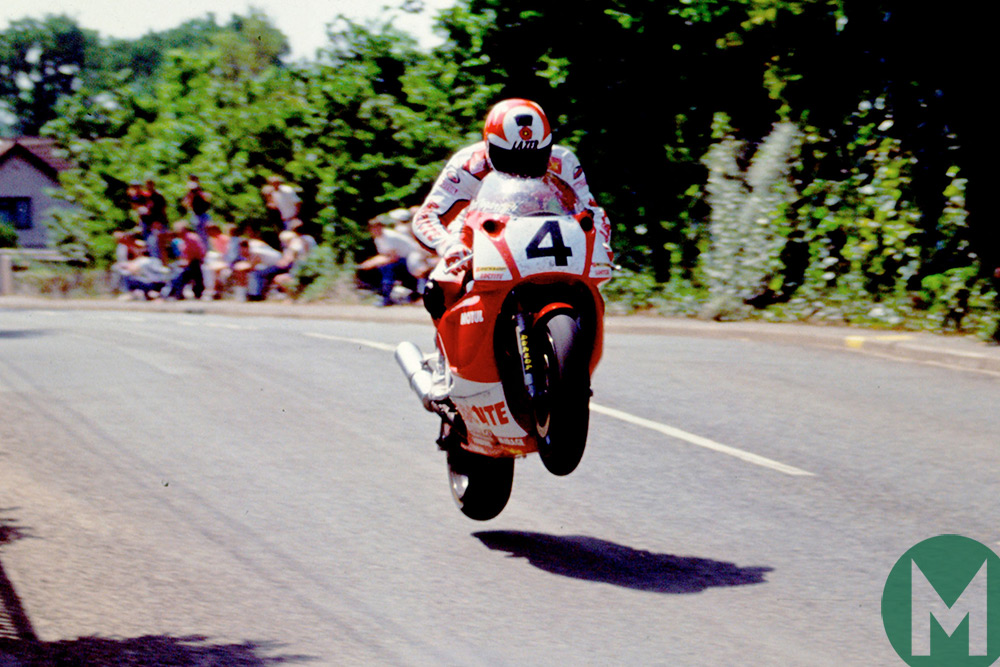 How did Britain lose its domination? The Isle of Man TT must take some of the blame, if only because it distracted the Auto Cycle Union, Britain’s racing federation. When the TT lost Grand Prix status in 1977, the ACU was much more concerned with saving the TT than it was with furthering the careers of British youngsters in GPs. While federations from Italy, Spain and other countries invested time, effort and money in helping their young riders into GPs, ACU chairman Vernon Cooper looked only backwards. He wasn’t the only one.

The ACU also made a mess of racing on the mainland. Over the next decade and a half, the British championships became something of a joke. And on the few occasions that the ACU did establish teams to foster young talent, the investment was too small and too short-lived. And sometimes the people involved didn’t know what they were doing. The ACU famously told Bradley Smith – with a few expletives thrown in – that he didn’t have the talent to go anywhere.

Related: What is Bradley Smith’s problem?

The recession of the early 1980s sealed Britain’s fate as a Grand Prix force. When bike sales collapsed along with the rest of the economy, the teams and importers that funded British racing ran out of money. The solution was to park their expensive GP bikes and start racing standard road bikes in the Superstock championship, launched in 1985. Henceforth most British riders made their names racing road bikes, not 250cc and 500cc GP bikes. This was a disaster for the country’s GP future, but ensured that British riders were ready to go when World Superbike arrived in 1988. Since then the British racing ladder has mostly taken riders from British Superbikes to WSB, which is why Britain has won more WSB titles and races than any other nation, no doubt to the annoyance of some others.

But the reasons behind Britain’s inability to endure as a Grand Prix force go back much further than the 1970s and 1980s. The nation’s early successes in Grands Prix racing were driven by the country’s motorcycle industry that fostered a strong local racing scene. But ever since the industry withered there’s been very little money in British motorcycle racing. This is because motorcycles have never been appreciated in Britain.

After Brooklands – the world’s first purpose-built racetrack – opened its gates to motorcycle racing in 1908, bike racers ate in the tatty circuit cafeteria while car racers dined in the swish restaurant. Car racing at Brooklands immediately became another stop on the high-society social circuit, joining Ascot, Wimbledon and other traditional events. But not bike racing: too dirty, too smelly, too cheap, not expensive enough, not glamorous enough.

It has always been thus. Mike Hailwood is, without doubt, the greatest British bike racer of all time. But when he achieved his early world championship victories, The Times (Britain’s newspaper of record) devoted not a single word to his successes.

The obvious contrast to Britain’s Grand Prix woes is Spain. The first Spaniard to win a GP was Salvador Canellas, who won the 1969 Spanish 125cc GP. This was two years after Hailwood had retired. Since then Spanish riders have won 579 GP victories and 48 riders championships, including 17 in the last decade.

How did a country that is much less wealthy than Britain achieve this astonishing success? You can find out in the January edition of Motor Sport magazine, in newsagents from Friday. But in just a few words, it’s all to do with clever planning, dedication, money, culture, the weather and – perhaps most important of all – a complete absence of the sneering snobbery that British motorcyclists have known since the beginning.

Spain now dominates MotoGP from every angle: riders, teams, sponsorship, media, plus of course the rights-holder is a Spanish company. They’ve come from nowhere, so it’s strange to chastise them for their amazing success, especially since the opportunity was there for any nation to take. 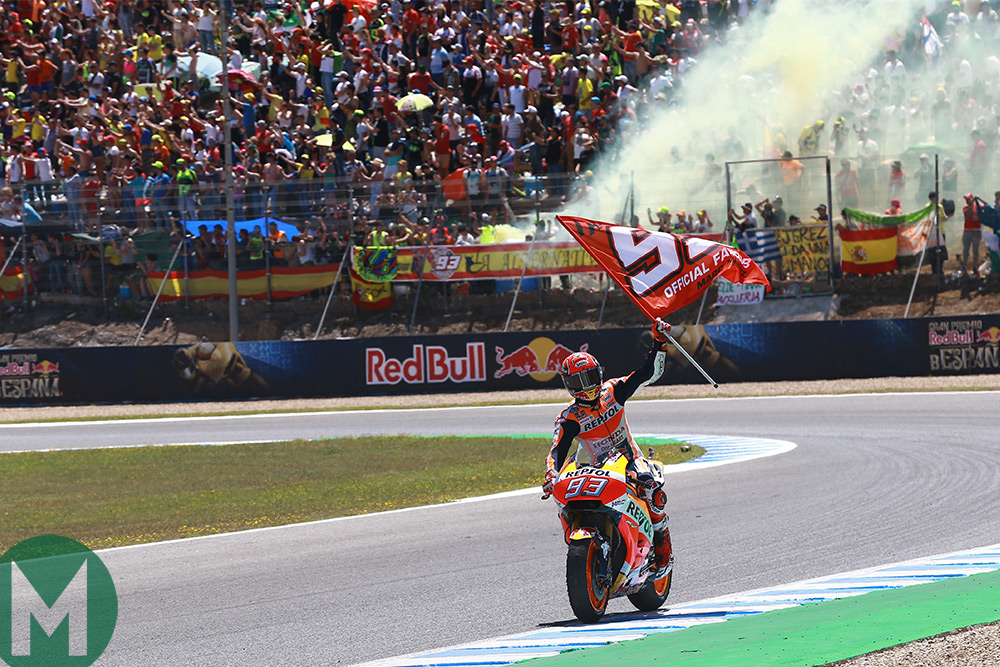 Dorna is often blamed for Spanish domination of MotoGP, but the foundations of the country’s successes were laid decades before Dorna won the rights in 1992. Some fans even accuse the company (which in fact is owned by a UK-based private-equity group) of political machinations designed to keep British riders out of its championship. Such low-level accusations of sporting racism are ignorant nonsense and further evidence of the weirdest self-pity: the world is against us.

The MotoGP grid consists of 24 riders. Without doubt, Dorna would be happiest if each of the world’s 24 richest countries were represented, so that each of those countries would pay Dorna huge amounts for the TV rights. The further Dorna spreads the grid, the more money the company makes. This is why the company has run championships like the MotoGP Academy, the Red Bull Rookies, the Asian Talent Cup, the British Talent Cup, the CEV Junior World Championship and so on. These initiatives don’t come from the goodness of Dorna’s heart, they come from the company’s desire to expand MotoGP across the globe and thereby increase its profits.

The resurgence in British MotoGP success in recent years is largely the result of Dorna investing time and money in British riders, for the above reasons. Crutchlow, Smith, Lowes, Danny Kent, Scott Redding, John McPhee and others have done amazing things in GPs, thanks to Dorna-sanctioned championships or Dorna-bankrolled team wheeler-dealing.

Other British riders have preferred to stay in World Superbike. And good on them too.