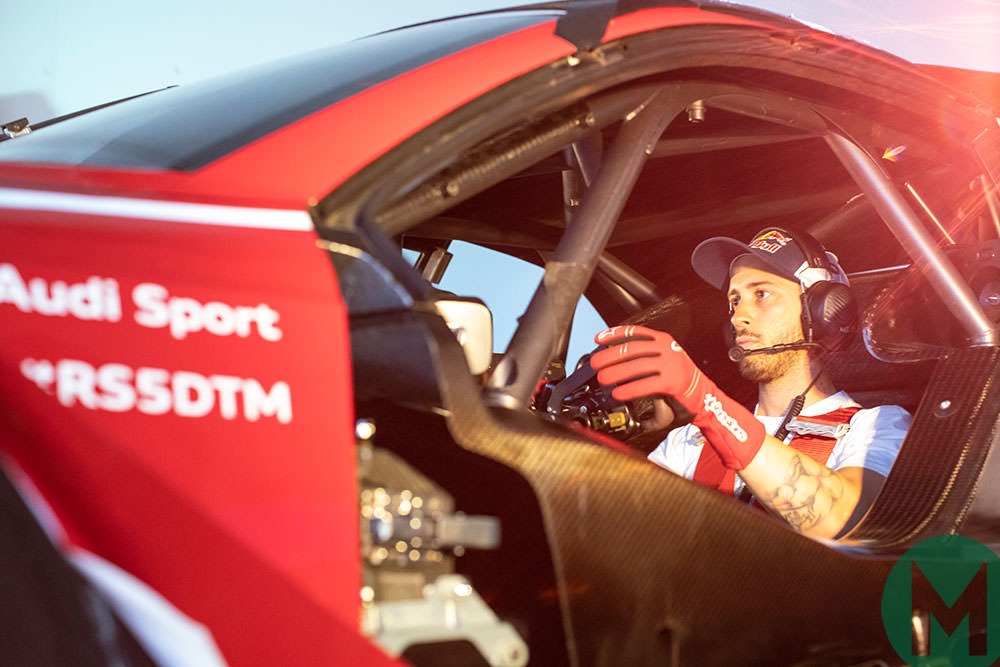 Ducati MotoGP rider Andrea Dovizioso will temporarily switch to four-wheel racing when he drives for Audi in the DTM at Misano on the weekend of June 7.

He will race for the WRT Team replacing Brazilian Pietro Fittipaldi, who will resume support duties for the Haas Formula 1 team at the Canadian Grand Prix.

The 33-year-old Italian, who currently sits third in the riders’ standings, tested the Audi RS5 DTM on Tuesday after the opening race at Hockenheim, and will test the car at Circuit Marco Simoncelli again at the end of May.

“It’s tough to find the time to prepare for it during the MotoGP season but I am really looking forward to compete in such a high-level as the DTM,” said Dovizioso.

“The car is amazing, but it’s a different challenge compared with my Desmosedici GP and I need to get prepared, so I did many laps in the simulator before stepping into it for the first time.

“Misano is a special track for every Italian driver and the place where I scored an incredible win last year so I’m very excited and thankful for this opportunity.” 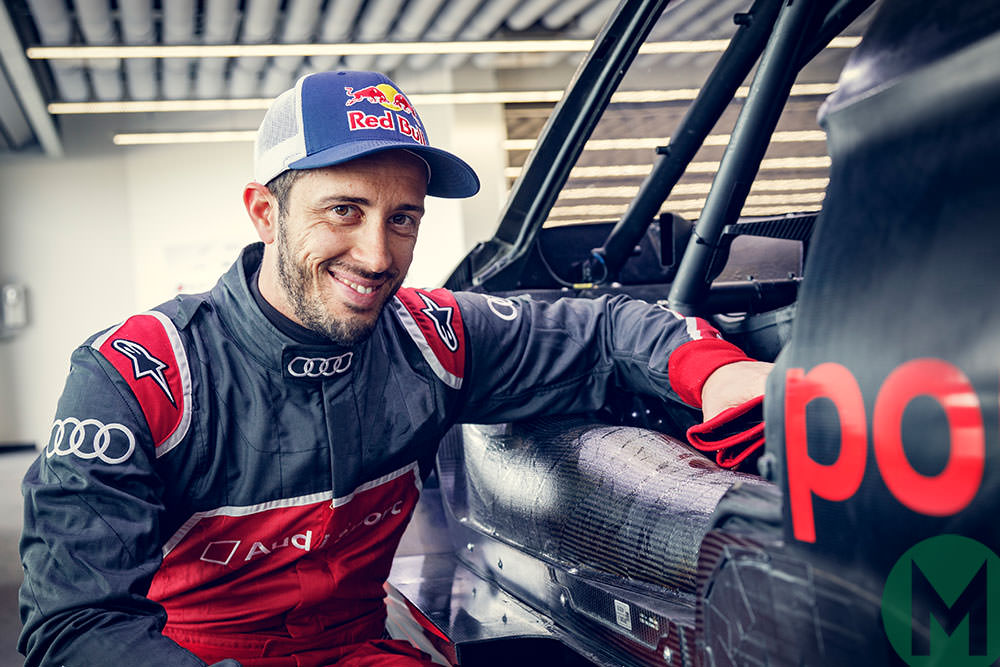 Audi, which is owned by the Volkswagen Group, bought Ducati in 2012 in a deal worth nearly €900m.

Dieter Gass, head of Audi Motorsport, added: “I’m delighted that in Andrea Dovizioso we managed to get a real superstar to race as a guest in the DTM.

“MotoGP riders are true heroes in Italy. Andrea hails from the Misano area, won the grand prix there last year and is going to attract many additional fans. We’re already extremely excited to see how he’s going to fare in his DTM debut.

“That he’s taking time out for the DTM between two MotoGP races is fantastic and not to be taken for granted at all.

“I’d like to particularly thank Ducati’s CEO Claudio Domenicali and Luigi Dall’Igna, General Manager of Ducati Corse, who agreed to this guest entry. That’s a big thing for the DTM and for motor sport in general.”

Dovizioso finished fourth in the 2019 Spanish MotoGP Grand Prix and ended the last two seasons as runner-up. He is three points behind Marc Márquez in the current standings and two behind second-place Álex Rins.