The youngster is riding the crest of a wave as he heads to Texas, home to the world’s first maverick 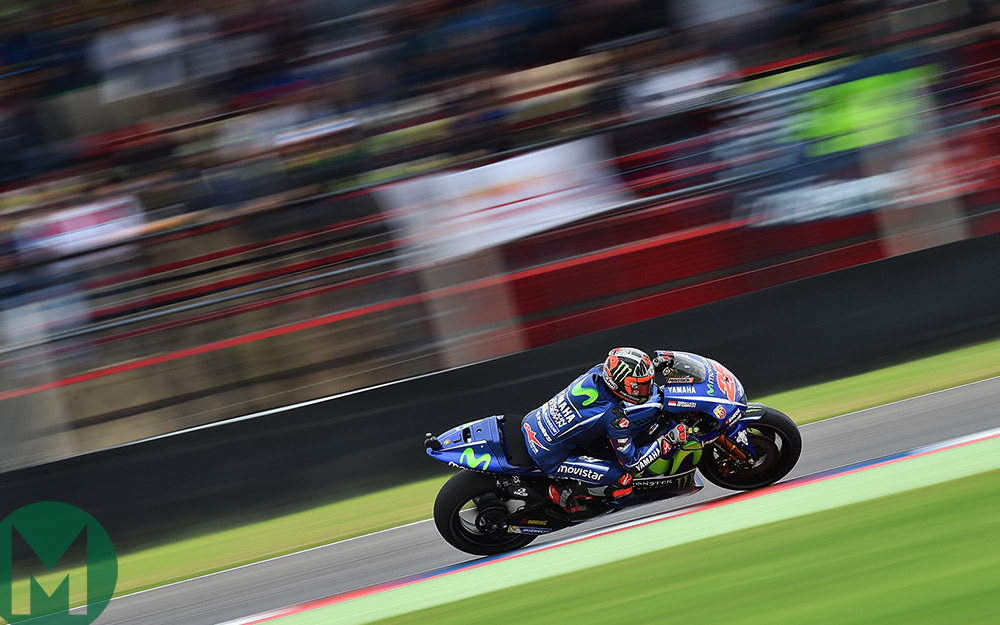 Maverick Viñales is enjoying a golden moment; you don’t need me to tell you that. The former Moto3 world champion didn’t just win the first two races of the 69th Grand Prix season, he dominated them, twice coming from behind to win on his own terms.

His talent and daring have been on display since he arrived in the 125 class in 2011, when he barged past that year’s world champion to win a Grand Prix at his fourth attempt, at the last corner. Two years later he secured his first world title, at the last corner.

Viñales is aggressive when the situation demands, but he has a cool, steady head, so he makes sure he learns at every step, through 125s, Moto3, Moto2 and MotoGP. His first two seasons in MotoGP were particularly vital to his learning process because he rode a motorcycle that lacked performance against the best bikes.

When you ride a slightly below-par bike you need to dig deeper to make up the difference, so you brake an nth later, take an nth more risk tipping into the turn and grab the throttle an nth earlier, always focused on closing that gap. It’s the perfect way to learn how to ride on the very limit, and the more you ride at the very limit, the more you get used to it.

By finding a thousandth here and a thousandth there you also learn new skills: how to get away with this and how to get around that. And when the day comes that you get a better bike, you can use all those skills, pull your riding back from the edge by a fraction and suddenly you’re winning races, almost too easily. That’s where Viñales is right now.

Three other factors helped Viñales during his MotoGP apprenticeship at Suzuki. The GSX-RR wasn’t expected to set the world alight, so he could focus on developing his riding without having to worry too much about results. The GSX-RR is very user-friendly, so even though it isn’t the fastest bike it gave him the opportunity to push his riding as far as it would go. Viñales has a great attitude: he’s not a crasher, he has the brains to realise that you learn less when you’re skating through a gravel trap, keeping another appointment with the air-fence. All in all, he made sure he learned as much as he possibly could during 2015 and 2016.

And he was lucky to get a job at Yamaha in 2017. Last year Yamaha struggled to adapt to the Michelins, leading to grip problems at the front and endurance issues at the rear. This year’s YZR-M1 looks after its rear tyre much better and Michelin’s 2017 front slick works much better with the bike than did last year’s. 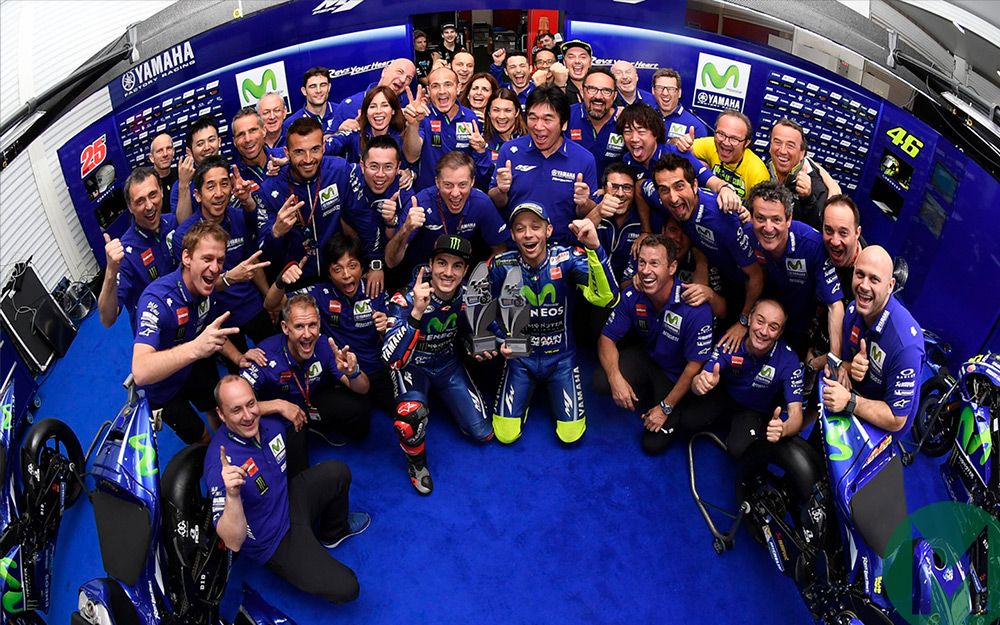 So everyone’s happy: Viñales and especially Yamaha, who is delighted with its new signing, not least because his arrival marks the end of years of simmering tension within the Yamaha garage. “Maverick is a like a breath of fresh air,” one top team staffer told me during the Sepang preseason tests.

“Maverick’s style is completely different to Jorge’s, so it’s been an eyeopener for us,” says Yamaha rider coach Wilco Zeelenberg. “Jorge always wanted to be very precise. We knew what to do and what not to do, what he could use and what he couldn’t use, so we were fixed with him. Now we can try different things.

“Maverick uses his body weight over the front of the bike more than Jorge, which really helps our bike to turn and to stop and to get heat into the front tyre, which was often a problem with Jorge. This means we can use a more normal front tyre, instead of the softest tyre, which Jorge often wanted. This makes our life a bit easier, because with Jorge we often struggled to get the harder tyres to work.

“We try to avoid too much [load] transfer with Maverick because he’s much more aggressive in stopping the bike. The settings we use are different because we really need to support him over the front during braking because he is very aggressive in this area, not just with the front brake, but also using the rear and getting a bit sideways.”

Viñales uses a technique that’s different from Yamaha’s most recent winners. Lorenzo stopped his M1 almost entirely in a straight line, with no real movement from the machine, then he let the bike roll into the corner, taking very wide lines to achieve devastating corner speed. Rossi has a more conventional technique: more aggressive on the brakes and trail-braking into the corner. Viñales also does most of his braking in a straight line, then sweeps into the corner, somewhat like Lorenzo, but with more load on the front. During straight-line braking he also uses more rear brake than Rossi and much more than Lorenzo, with some movement from the bike, so his braking technique is somewhat like that of Marc Márquez.

In other words, his way of riding is a combination of several different techniques, learned while riding with the top men during his apprenticeship, and that’s a very tough combination to beat. 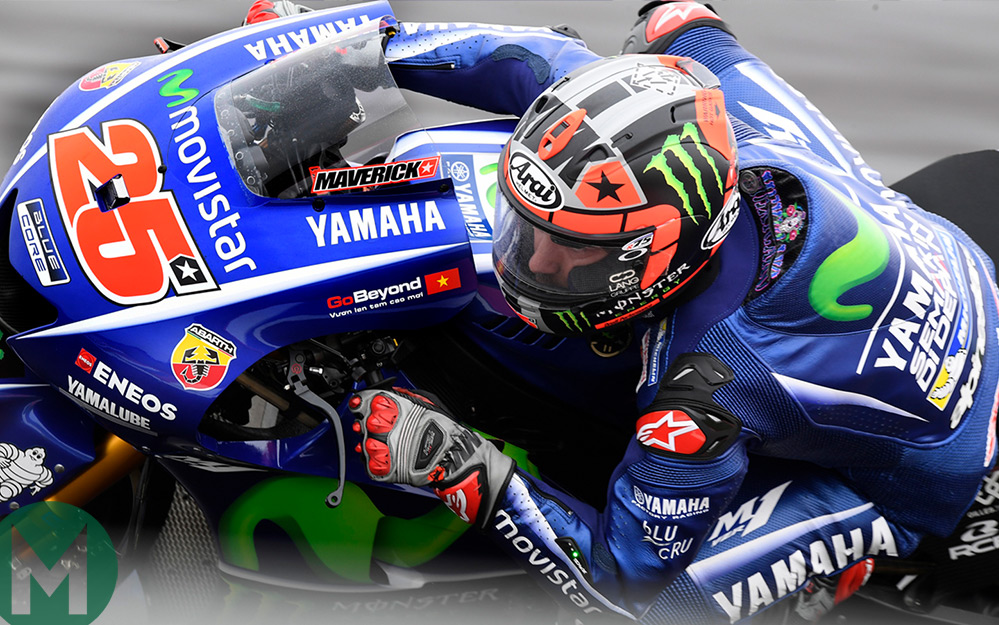 This weekend’s Grand Prix of the Americas at the Circuit of the Americas in Texas could be pivotal in the 2017 championship chase. Márquez has never been beaten there, so it will be a huge deal if Viñales wins. And Viñales might, because he won second time out on a Moto2 bike at COTA in 2014. On the other hand, the circuit has never been kind to the M1. The layout is dominated by quickfire changes of direction and stop-and-go corners, so it’s much more of an RCV circuit.

COTA will be a kind of homecoming for Viñales, because the world’s very first maverick was a Texan. Samuel Maverick was a 19th century rancher, lawyer and politician who was too busy to brand his cattle, so his fellow ranchers called his unbranded cattle mavericks. Eventually the word came to describe people who do their own thing, like fighter pilot Pete ‘Maverick’ Mitchell in the movie Top Gun, the inspiration for Angel Viñales to christen his son Maverick.

Samuel Maverick played a part in the Texas revolution of the 1830s, when American settlers revolted against their Mexican rulers. He was a signatory to the Texas Declaration of Independence of 1836 and sat in the Texas House of Representatives. Good enough reason for the locals to take Viñales to their hearts this weekend.