The last rider to score a pole position in his second MotoGP race was Marc Márquez, so is Jorge Martin the next Márquez?

I don’t think Jorge Martin’s mountain of talent stands as tall as that of the six-time MotoGP king, but he is mightily impressive.

Riding a modern MotoGP bike isn’t easy: not only do you have to try to beat the best riders in the world, but you also need to be able to think calmly and quickly while shifting along at 98 metres per second, watching for your braking point, thumbing the shapeshifter switch and selecting different maps for torque delivery, engine-braking and anti-wheelie. There’s a lot going on.

Martin proved last weekend that he has the mental bandwidth to do all of that and lead the best riders in the world (with one important exception). He may find the upcoming tracks – Portimao, Jerez, Mugello and so on – more challenging than Losail but there’s no doubt that Ducati has got itself a huge talent.

Martin is another product of the Red Bull KTM production line, but he wasn’t given the fast-track treatment like Brad Binder and Miguel Oliveira, who have worn orange from Red Bull Rookies to Moto3, Moto2 and MotoGP. Martin won the Rookies Cup in 2014, beating Joan Mir into second place, then spent his first two seasons of GP racing aboard the Italian/Swiss-built Mahindra.

Obviously riders hate riding uncompetitive bikes, but a slow bike can do wonders for your fighting spirit and late-braking ability. Despite Martin’s lack of results on the Mahindra, his abilities were obvious to former 125cc world champion Fausto Gresini, who put him on a Honda NSF250RW for 2017. Martin took his first GP victory at the season-ending Valencia GP and then dominated 2018, taking another seven wins along the way. 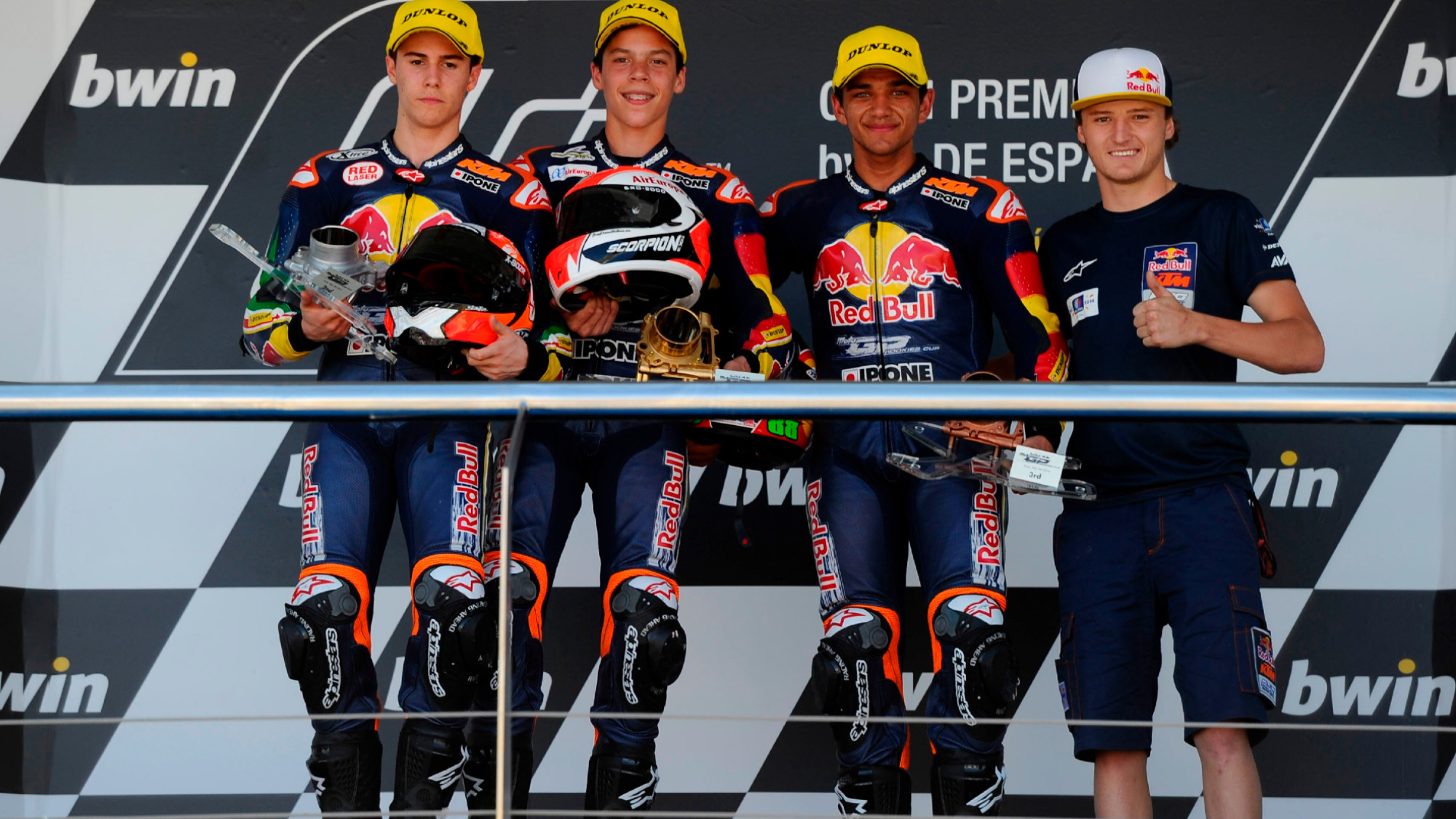 Red Bull KTM took him back in 2019, to its Moto2 team, but KTM’s 2019 chassis was hopeless, so he didn’t win a race. Last year he had a good shot at the title, until he caught Covid-19 and had to miss a couple of rounds. And then he signed for Ducati.

“When he was with us he was very serious and very committed,” says Clifford. “He was one of those riders that obviously has a talent but if I had to pick what was his biggest strength – his raw talent or his commitment to using that talent – I would say it’s the latter. 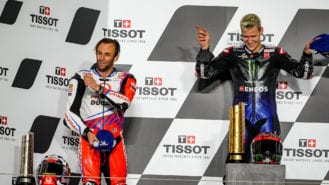 Sunday’s race may have been a heart-pumping 220mph dogfight but my highlight of the night was watching winner Fabio Quartararo giggling atop the podium, while runner-up Johann Zarco sang along…

“He’s obviously got real talent, but he also makes the very best of himself, the motorcycle and the situation and he really works at it. With that attitude, Jorge could always recover from difficulties. He always managed to keep it together – he was very mature, even back then. With some other riders it’s all talent, but they don’t know why it works but it works.

“The other great thing was that it was very clear that the family were not wealthy and that if Jorge hadn’t been racing in the Rookies he probably wasn’t going to be racing, at least not on a competitive motorcycle. So it was wonderful having him in the Rookies. To me that’s what the Rookies is all about – giving a chance to riders who otherwise wouldn’t have one.”

Martin’s talent was also obvious to fellow Spaniards Maverick Viñales and Aleix Espargaró, who took the youngster under their wings.

“Maverick and Aleix would pick me up, take me to the track and let me use their training bikes,” said Martin in Qatar last weekend. “I had no money to buy a training bike, so I was lucky they would lend theirs to me.”

Martin was amazing to watch last weekend, taking hanging-off to new extremes, with his elbows and shoulders grazing the asphalt during qualifying. This was no crazy goon riding. It’s simple physics – the more you shift weight to the inside of the corner the more you minimise centrifugal effect to help the bike turn. No doubt this is a useful technique with the hard-to-turn Desmosedici. 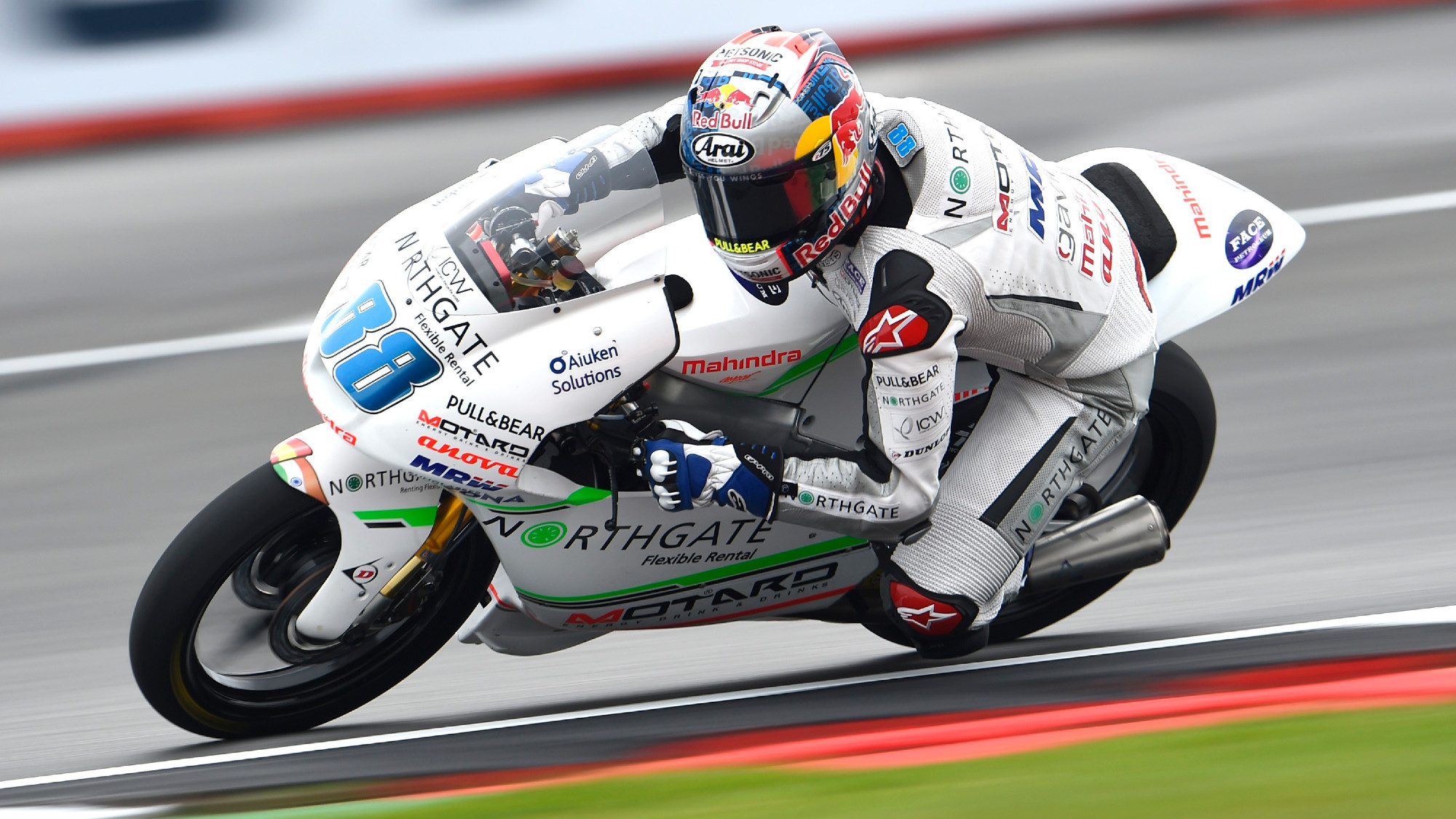 Martin rode an uncompetitive Mahindra in 2015 and 2016

Pramac team manager Francesco Guidotti is as impressed as anyone by Ducati’s latest signing but warns of over-hyping Martin’s potential. After all, Losail has always helped rookies to shine. In 2006, Casey Stoner took pole there for his second race in the premier class and two years later Jorge Lorenzo and James Toseland qualified fastest and second fastest for their MotoGP debuts.

“Losail is a Ducati circuit, where Ducati performs well every year, so I think we would be making a mistake to interpret too much from the data from this circuit,” said Guidotti on Sunday night.

“Jorge has only had the chance the ride a MotoGP bike at Losail. The pre-season tests were here and the first two races were here, so I think it’s better that we wait until we go somewhere else to see what happens there. 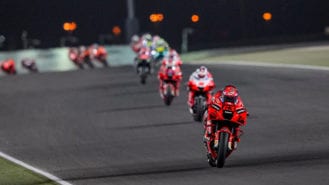 “Here we can use the full potential and power of the Ducati, but at other tracks that are more twisty, where you need to stay longer at high lean angles, so that tyre consumption is higher, maybe we will suffer a bit more.

“For sure we can see Jorge’s attitude and his approach, which is the best. He has shown us so much here – his ability to do the lap time while not following anyone is amazing. But let’s wait for some more races at other circuits.”

Some people are amazed that Moto2 riders can adapt so quickly to a doubly powerful MotoGP bike. MotoGP bikes are incredibly demanding but they are easily the most advanced, most refined racing motorcycles.

A Moto2 bike is a mutt – a streetbike engine in a racing chassis – so it’s a compromise, which isn’t 100% designed to go around a racetrack. A MotoGP bike is totally uncompromised. Every part of the motorcycle is designed with only one aim – to help the rider go round in circles as fast as he possibly can. For this reason, many Moto2 riders find MotoGP bikes a pleasant surprise, despite the brute power of the engine and the carbon brakes.

This is Johann Zarco talking about graduating to MotoGP.

“When I started riding a MotoGP bike I began to understand the category – the bike, the power, the electronics and the tyres,” he told me in 2017. “So I better understood how MotoGP riders can do the things they do because sometimes when I was still doing Moto2 I saw them do things I wanted to do on a Moto2 bike, but you can’t do these things on a Moto2 bike.”