Asking someone to predict the outcome of MotoGP 2021 after just four days of preseason testing – and all of it around a track which has little relevance to the rest of the championship – is like asking them to predict which Michelin tyre will work best at the next racetrack.

Losail is an unusual circuit and conditions are unique, which is why only five times since the inaugural 2004 Qatar GP has the race winner gone on to take the MotoGP title.

But the four days of testing from Losail are all we’ve got to go on, so what have we learned, if anything? Who are the contenders and who are the outsiders?

Jack Miller was quickest over the four days and one of only two riders to go around Losail faster than anyone has done before. That means he’s kept the speed that he found at the end of last season.

Miller was the only consistently fast Ducati rider during 2020 and a few days ago he told us it had taken him until the last three few races to fully understand how to make the Ducati work with Michelin’s latest rear slick. It’s all about how you load the tyre – he needs to load it more gently and more consistently through each corner, like the inline-fours load the tyre.

Maverick Viñales ended the tests just six-hundredths of a second down on Miller, with the best race pace of anyone on the grid. But we’ve been here before – not for nothing is the Spaniard called the king of winter testing, which makes him more of a title outsider than a contender. 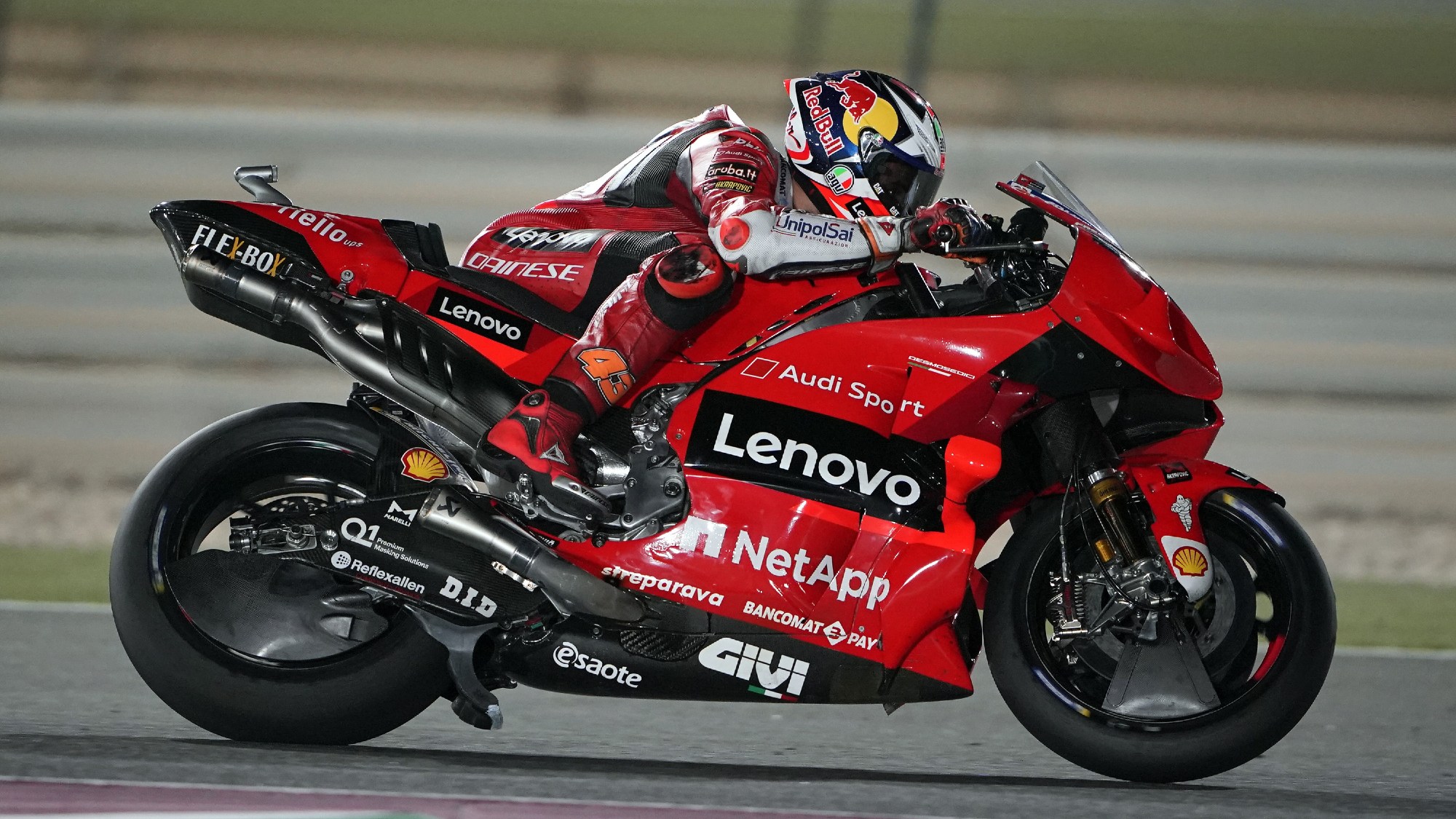 There are two important factors to consider here. First, the Yamaha has always been good at making lap times around Losail – it’s a serpentine, corner-speed track, which suits the YZR-M1.

Second, testing is all about riding alone, using the lines you want to use. That’s where the Yamaha excels. Races are very different, especially at tracks with long runs to the first corner, like Losail, because as soon as Viñales or any other M1 rider have faster bikes ahead they can’t use the lines they want to use. And that happens a lot.

Fabio Quartararo also did some very fast runs during testing, but the same applies to him as it does to Viñales. And then there’s the matter of both their psyches. Viñales has always blown hot and cold because when things don’t go right he struggles to keep his cool on race days. I’m amazed Yamaha didn’t make a condition of his latest contract to work with a sports psychologist because there’s a lot of wasted potential within Viñales.

Could Quartararo be the same? He admits that his 2020 campaign unravelled because he couldn’t handle the pressure. Not all this was his fault – last year’s M1 was horribly inconsistent from one track to the next – which is always going to eat into a rider’s confidence and coolness.

Arguably indie Yamaha man Franco Morbidelli is in a better position than both Viñales and Quartararo, for three reasons.

Time and again in recent seasons we’ve seen indie M1 riders perform miracles while the factory riders tie themselves in knots trying this chassis and that chassis instead of focusing on getting everything from what they’ve already got. 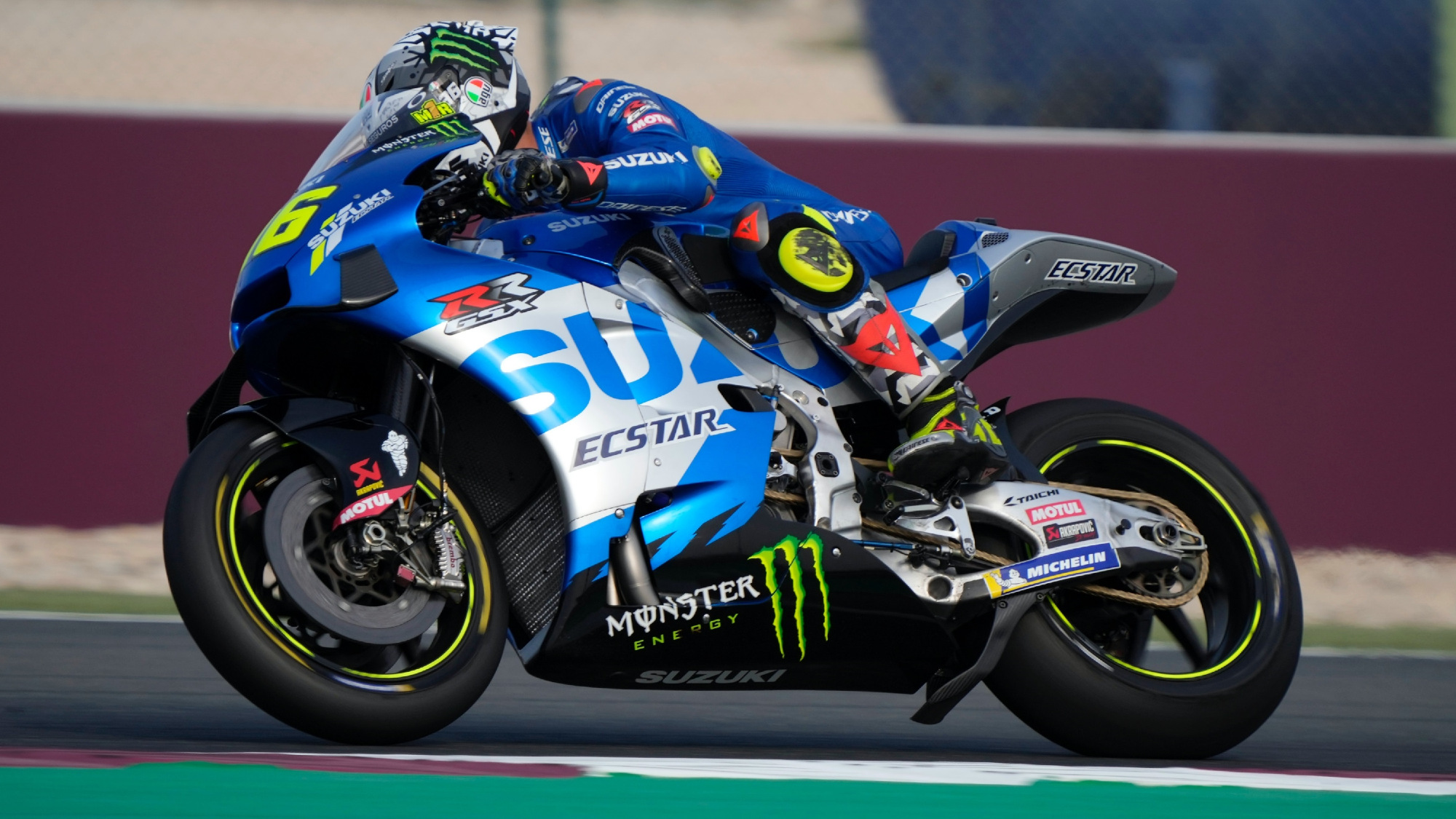 Champ Mir just needs to keep doing what he last year, only even better

Morbidelli doesn’t have that problem. He will use the same 2019 chassis he used last year to finish top Yamaha rider in the championship. This year’s tyres are the same as 2020, so Morbidelli can accurately apply last year’s data to 2021.

In fact the Italian’s M1 won’t be exactly the same as last season. He now has Öhlins’s latest fork with carbon-fibre sliders/inners. In 2020 all factory riders on Öhlins had these forks, while most indie riders had the old versions with conventional sliders.

The forks with carbon sliders offer a significant improvement, reducing weight by around 1.6 kilos. And this is unsprung weight, so it’s doubly important, because the less unsprung weight the better the chance the tyre has of copying the racetrack when the front wheel is accelerated up and down.

A secondary advantage is that Öhlins can more easily adjust fork thickness to match chassis stiffness and rider preference without having to vary the width of the sliders, which requires different triple clamps and so on.

Morbidelli’s final advantage is the man who sits next to him in the garage: Ramon Forcada. No crew chief knows more about the Yamaha than the Spaniard who’s been working on M1s since 2008. Morbidelli and Forcada make a perfect partnership: cool, calm, collected and very pragmatic. He’s a big, big title contender, so long as he can qualify well and quickly get to the front, so he can carve the M1’s preferred big, swooping lines without anyone in the way.

Joan Mir pronounced himself 70% ready to begin racing after the reigning champion completed preseason testing. The most important thing to consider is that this is only Mir’s third season in MotoGP, so in theory, at least, he should be a considerably better rider than he was in 2020. What he needs to improve most of all is his qualifying performances, but this is more down to Suzuki than him. Mir wasn’t able to complete testing with the latest GSX-RR chassis so will most likely race a 2020 chassis. However, this could be an advantage, rather than a disadvantage.

Álex Rins might well have won the 2020 MotoGP title if he hadn’t crashed during qualifying for the season-opening Spanish GP, badly damaging a shoulder. Like Mir, he has the best bike of the moment beneath him – a motorcycle that can baby the Michelins better than anything else on the grid. He’s also got more experience than Mir and has a smoother style, especially with the throttle, which looks after the tyres even better.

Pol Espargaró was the standout performer of preseason testing. In just four days aboard Honda’s RC213V his race pace was up there with the best. It’s worth comparing his lap times with HRC’s most recent title-hope signing: Jorge Lorenzo. The three-time MotoGP champ’s best lap at Losail 2019, after nine days on the bike in testing and three at the GP, was 1min 54.563sec in qualifying and 1min 56.168sec in the race. Espargaró’s best after four days of testing was 1min 53.899sec, with a low 1min 55sec race pace.

The former Moto2 champ loves the RC213V for the same reason he loved KTM’s RC16 – he likes to fight with the motorcycle, so he prefers the dynamics of a V4 to an inline-four, like Yamaha’s M1 which he rode for three years before joining KTM. Of course it won’t be easy to put together consistently high performances in his first year on a new bike 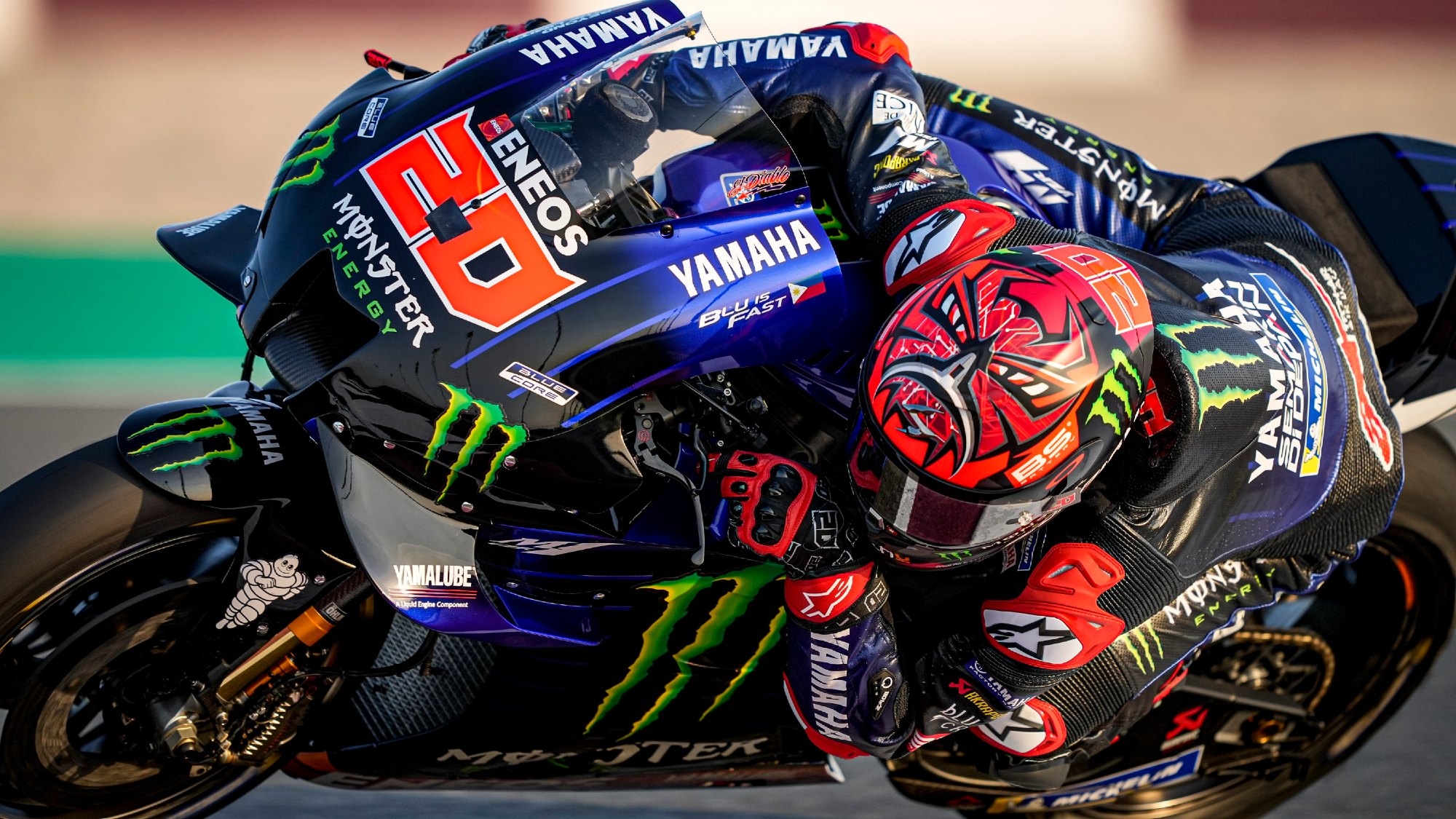 Quartararo has worked to strengthen his mentality since struggling last year

Espargaró’s particular concern is Michelin’s front tyre. The Honda is very sensitive to front-tyre performance because it makes much of its lap time in braking and corner entry. Therefore at some races, he will have a front tyre that gets the best out of the asphalt and at other races he won’t.

Miguel Oliveira’s speed last year, when he won two races, makes him another contender. The Portuguese winner of the Styrian and Portuguese GP is a real thinker – the new Andrea Dovizioso – so he knows what matters and what doesn’t.

Much will depend on KTM because the latest RC16 struggled during testing at Losail – Oliveira was KTM’s fastest in 16th, 1.3sec off Miller. The issue was the front end – the RC16 seemed to overload the front tyre, just like the Honda sometimes does. That could be a problem specific to KTM at Losail, or perhaps winter changes to the bike have upset its equilibrium. We won’t know until rounds three and four at Portimao and Jerez, where the RC16 was very fast last year.

Marc Márquez is the final contender for the 2021 MotoGP crown, even though he wasn’t at the Losail tests and even though we still don’t know when he will be ready to ride a MotoGP bike again.

I’ve little doubt Márquez will be able to ride as fast as ever, except for one issue. He will need to look after his upper-right arm for a while, so he may be less keen to dance around on the edge of control than before. This is especially important for Márquez, because his willingness to take the Michelin front past its limit during practice was a crucial part of his ability to do things with the tyre that other riders could only dream of.

Oliveira and KTM struggled in testing. Is that merely a Losail issue or something bigger?

His mastery of the front – whether it’s working or not – is one of the main reasons he won every title since the Michelin spec tyres arrived, until he got hurt last July. It was a huge irony that Márquez’s right arm was literally broken by the very thing that had helped him dominate MotoGP.

Anyone else? I don’t think so. Certainly there are a few riders that will shine bright when things go right for them.

Pecco Bagnaia has massive speed and he now has the full support of the Ducati factory team and its army of data engineers to help improve his weak point, which is losing the front. During the winter the 2018 Moto2 champ worked hard on this. Firstly, by learning from team-mate Miller to quickly heat the front by hammering the tyre as much as he dares from the moment he leaves the pit lane. Secondly, by slightly reducing his corner speed to match Miller’s, for a less risky ride.

Johann Zarco is MotoGP’s loose spanner in a tool kit. Every championship needs one! The twice Moto2 world champion will be mega fast sometimes, especially because this is his second year on a Ducati and he’s had a team upgrade, from Esponsorama to Pramac.

Valentino Rossi will be happy if he makes the podium once or twice. If he has a good start to the year he may decide to continue into 2022, assuming Petronas SRT still wants him. Aleix Espargaró will enjoy some fight on the latest RS-GP (more on this bike next week) but I don’t see Aprilia putting together a title challenge.

Enea Bastianini (“Bastia is a genius of two wheels – he can invent great things,” Davide Tardozzi) will probably be the fastest rookie, to start with at least. That’s my best guess, anyway; just don’t hold it against me.