Over the past decade MotoGP’s crash rate has more than doubled. Here are a few theories why… 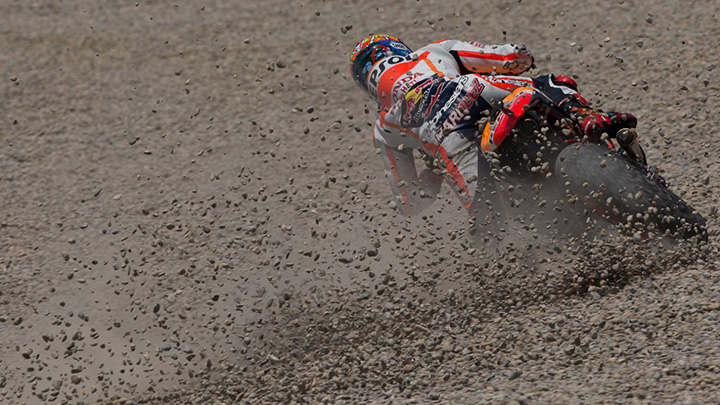 You probably remember the 2006 MotoGP world championship: it was arguably the best season of the modern era, with that dazzling Valencia title climax between Valentino Rossi and Nicky Hayden, brightened further by Troy Bayliss’ stunning comeback victory.

You may also remember the season for a few crashes, most memorably the terrifying first corner pile-up at Catalunya, plus Colin Edwards’ red-faced, last-corner high-side at Assen while battling for the win with Hayden, and Rossi’s miserable low-side at Valencia that probably cost him the title. All in all, there were 98 crashes during the season. 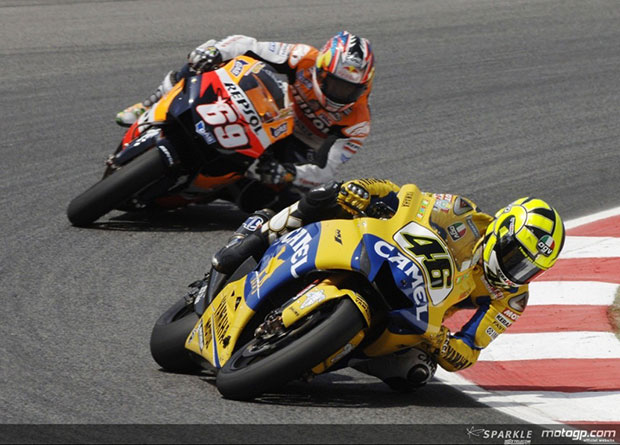 A decade on from 2006 it’s presumably safe to assume that improvements in the design of engines, chassis, brakes, tyres and electronics have helped dramatically reduce the MotoGP accident rate.

Erm, not quite. Last year there were 215 crashes in MotoGP, making a jaw-dropping increase of almost 120 percent over 10 seasons.

Of course, to accurately compare these statistics we need to factor the number of races and riders into the equation: 20 riders and 17 races in 2006, against 25 riders and 18 races last year. Even then, the increase in accidents from 2006 to 2015 is in the region of a whopping 80 per cent.

How come? What could explain this astonishing increase during a period when the crash rate in the supposedly more madcap junior (125/Moto3) and intermediate (250/Moto2) categories has remained relatively static?

As always, there are several reasons, or at least, several theories.

One reason for the increase in crashes is the closeness of the racing, which is largely the result of similarly matched machines and control tyres.

In Qatar 10 days ago 2.6 seconds separated the entire MotoGP grid of 20 riders and 54 seconds covered the top 15 finishers in the race. At the 2006 Qatar GP 4.05 seconds separated the 19 riders and 1 minute 22 seconds covered the top 15 finishers – a much bigger spread. Last year in Argentina the top 20 finishers were covered by less than 60 seconds for the first time in history. Thus every hundredth and thousandth count, so riders must ride every lap on the edge of the precipice. 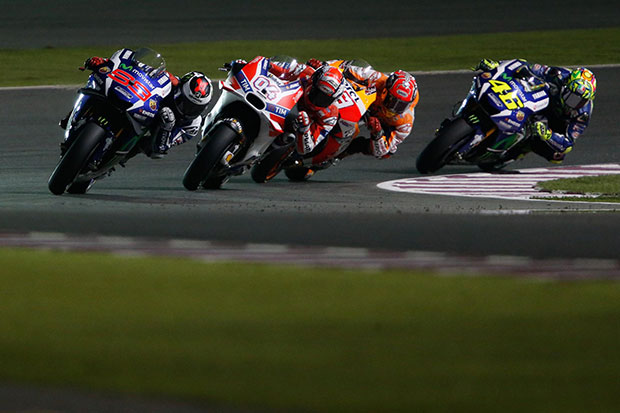 Even longer ago, machinery and riders varied much more, so premier-class grids were separated by 10 or 20 seconds or more, which created a very different style of racing.

“Back in New Zealand years ago I worked with Ginger Molloy, who had just come back from Europe, where he had finished second in the 1970 500 world championship,” says MotoGP’s Kiwi Race Director Mike Webb. “Grands Prix were being won by two, three or even four minutes, so there wasn’t much fighting over the same piece of road.”

The second reason for the increase in accidents is, oh the irony, the increase in safety. That’s right, racetracks are safer and riding gear is safer, so riders feel more relaxed about taking bigger risks than they used to.

Several decades ago, when Grand Prix riders raced down high streets, between pubs and bus stops, they knew very well that every crash might be their last. Thus they made sure they fell off infrequently.

Nowadays, even more so than 10 years ago, riders can expect to walk away from a fall, hitch a lift back to the pits on a scooter and be back on track on their other bike within a few minutes. Runoff areas keep getting wider and many of them are now asphalt instead of gravel. Also, the latest leathers, boots, gloves and helmets are so protective that riders usually survive a low-side fall with zero scratches and barely a bruise.

This has to be a good thing, surely? Well, yes, but there are some riders who believe MotoGP has actually got too safe, so that the wilder riders now charge into corners without a care in the world, which can endanger the lives and limbs of others.

“The tarmac runoff pushes people to be more on the ragged edge, I’ve been saying this for ages, but no one listens,” said Casey Stoner some years ago. “Riders have got so much confidence that they’re not scared. All they see on the other side of the kerb is more tarmac, so there’s no fear.” 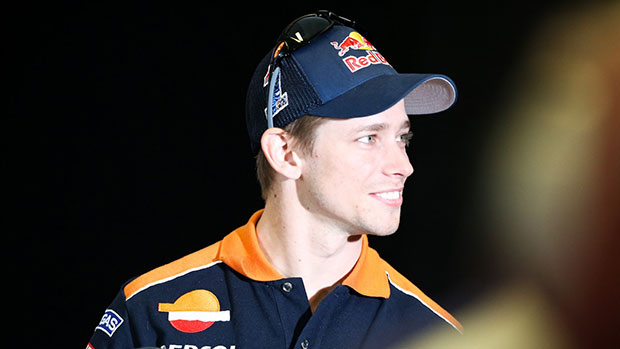 For some riders, at least. Eight riders accounted for almost half of last year’s crashes. Meanwhile the two top championship finishers crashed just three times each.

Finally, could another reason behind the increase in accidents be the huge advances made with traction control?

MotoGP traction control reduces the risks of crashing while accelerating out of corners, thereby allowing all riders to exit corners at the same speed. So it’s become pretty much impossible for riders to make time on rivals by using a better corner-exit line or better throttle control.

Traction control has undoubtedly made racing much safer – we rarely see the bone-crunching high-sides that were so common in the past – but the technology has a knock-on effect that has almost certainly contributed to the increase in crashes. Preventing riders from making a difference on corner exits, they have to try to make the difference on corner entries, where it’s much easier to crash.

“Now everyone pushes in on the front, so they’re usually small crashes, just closing the front end,” Stoner told me recently. “It’s a lot easier to come out of one of those, so riders just push harder and harder and harder and don’t really care if they crash or run wide off the track.”

Thus the majority of MotoGP crashes are low-sides, which are, for the most part, infinitely less painful than high-sides, which has to be good news.

These days you only get hurt if you are unlucky. Serious injuries in MotoGP are rare. Last year the sum total of injuries that prevented MotoGP riders from racing was Stefan Bradl’s broken wrist at Assen, Karel Abraham’s foot injury at Catalunya and Alex de Angelis’ nasty Motegi smash which left him with bruising to his lungs, several fractured vertebrae and head injuries that had him in a coma for several days.

But of course, any crash, no matter how innocuous, can turn out to be really, really bad. The last four fatalities at MotoGP events – including all classes and support races – would probably have been walk-away accidents if other motorcycles hadn’t got in the way: Marco Simoncelli (Sepang, 2011), Shoya Tomizawa (Misano, 2010), Peter Lenz (Indianapolis, 2010) and Taoufik Gattouchi (Losail, 2016) were all hit and killed by motorcycles after they had fallen.