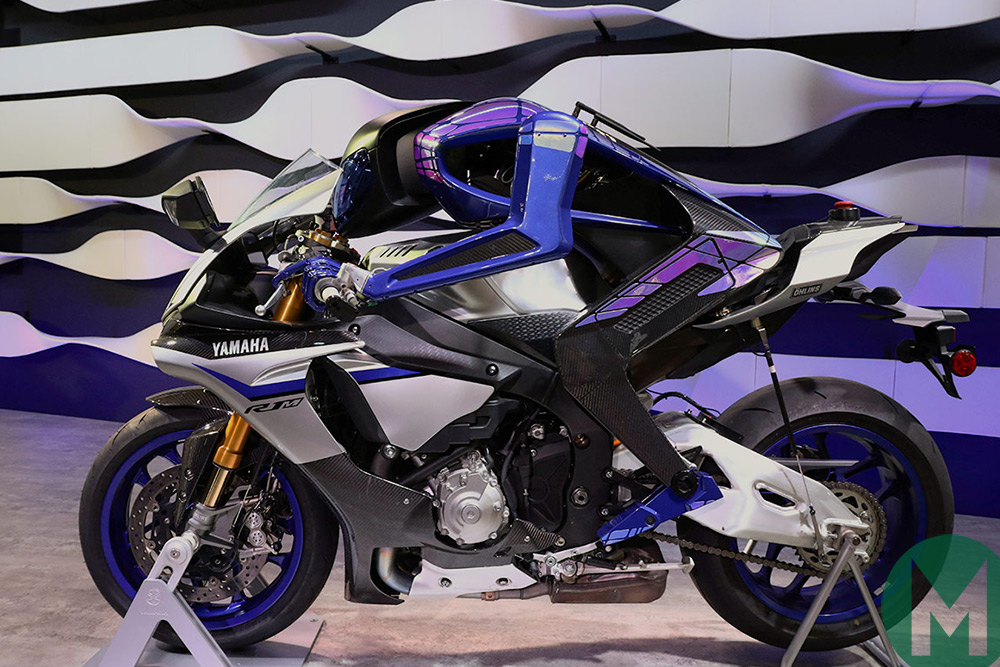 With a targeted top speed of 124mph, the Motobot’s second development milestone is to beat Rossi’s time of 85.740sec around the two-mile circuit. Check out the video below.

The bike didn’t beat it, but Yamaha used the experiment as a learning process for the robot, which uses six actuators to gauge numerous factors including lean angle, altitude and speed. The robot itself rides a stock YZF-R1M, and manipulates the bars as a human would. Yamaha says that the technology has various real-world applications, and will “create new value for existing business and cultivate new business.”