A snippet of Guy Martin’s record attempt in his own words, only in the new issue of Motor Sport 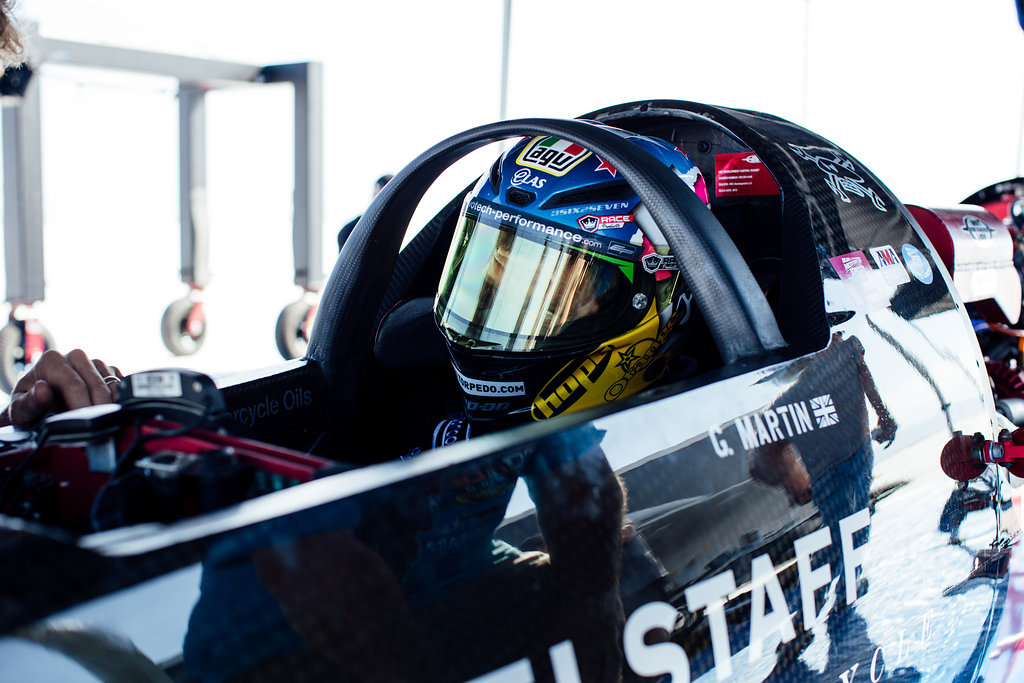 Last month Guy Martin was sat in a 1000bhp Triumph on the Bonneville Salt Flats. Out in front of him stretched the densely packed salt pan that he should soon be crossing at a rate of 400 miles per hour. However, the planned record attempt eventually succumbed to a 100mph crash, which damaged the swing arm. It was game over “for this meeting and, probably, this year”.

As he writes in the latest issue of Motor Sport, Martin wants to keep coming back and plans to attempt the record again in 2017. “I didn’t have any childhood dreams,” he says, “I’m from Grimsby: you have them beaten out of you.” Breaking the world motorcycle Land Speed Record – which currently stands at 376.363mph – is just that, though, a childhood dream. Matt Markstaller, who is head of research and development at Freightliner Trucks, designed the streamliner that Martin is using. He also owns a company called Hot Rod Conspiracy. “He’s a truck man, like me, so we were on the same wavelength,” Martin comments.

The ‘bike is powered by two Triumph Rocket III engines that combined displace 2970cc. Both are turbocharged and run 20-25psi of boost which helps the streamliner’s chance of getting to the targeted 400mph in the 11 miles of straight it has to run on. 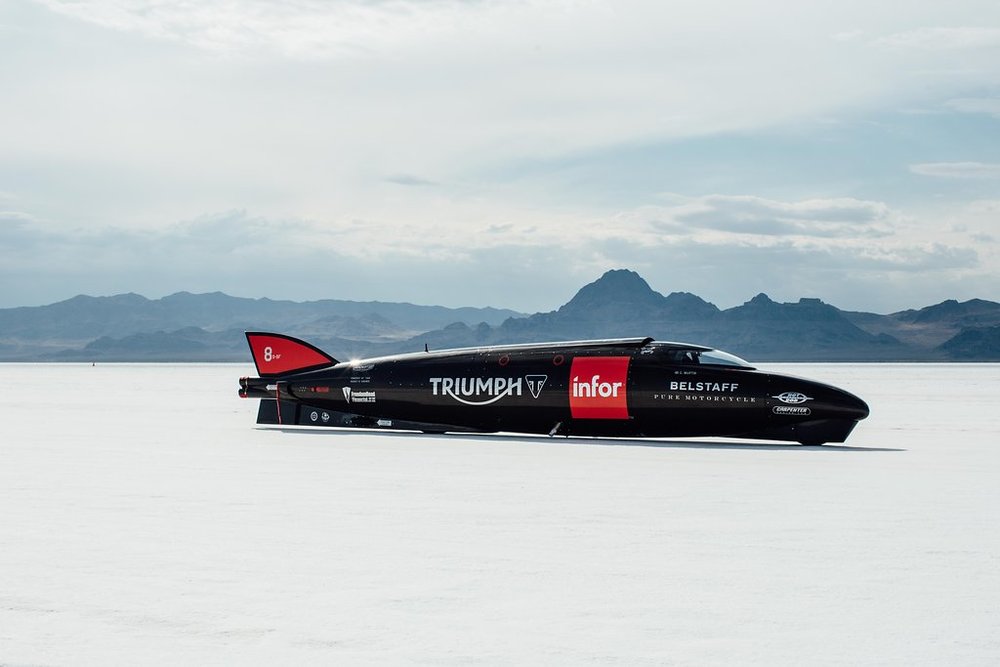 Martin: “Markstaller doesn’t strut about like he’s saying ‘I am the man’, but the more he explained about the streamliner the more I realised, ‘You are the man.’ When I visited him in Portland I don’t know if he was impressed that I’d raced in the TT. We didn’t get into in-depth conversations about it, because the Isle of Man isn’t Bonneville and Bonneville isn’t the Isle of Man. I think he realises I half-know what I’m doing, because I’ve raced there, but that’s not the measure of a man. If someone had told me they had finished the Tour Divide bicycle race or they were a Red Arrows pilot, then that’s different, but any Joe Bloggs can go and do the TT if they set their mind to it. So I reckon he liked me because I was asking him loads of questions about what needed to happen when. He could answer anything I quizzed him on, and I think he realised I wasn’t a messer.”

In the first practice week Martin managed 274.2mph (“I would like to have done 300mph before coming home”) and then, five weeks later, the team returned to push the Triumph further. It was then that rain hit and flooded the track. Two days later it was dry enough to have another go.

“The salt dried out,” says Martin, “but its condition wasn’t great and some car teams decided to pack up and go home without turning a wheel. A car called the Challenger, driven by Danny Thompson, had a blow-out at more than 300mph on the first day of running and people were saying the rough salt caused it, but people say a lot, don’t they?”

Ignition problems thwarted his first run and then the aforementioned crash stopped play altogether. Martin will be back, though. “I want people to think, ‘Get in touch with him, he’s not a messer.’”

You can read Guy Martin’s exclusive feature in the new issue of Motor Sport, available now from the Motor Sport shop, in UK stores Friday September 30 and in the app on Monday October 3.