When manufacturers go racing they learn from other manufacturers; that’s half the point of the exercise. Often this knowledge is gained fairly, other times by more nefarious means and sometimes almost by chance, as was the case when Suzuki signed racer-turned-engineer Warren Willing.

Willing, who recently lost a decade-long battle with cancer, was an engineer of particular brilliance because he understood the particular conundrums of race-bike design from both sides of the pit wall.

The Australian made his name as a rider in the late 1970s when his long blond hair and Levis sponsorship made him the coolest thing on the grid, way cooler than Barry Sheene puffing away on a Gitanes.

Willing’s career as a racer ended in 1979 when he rode through a smokescreen of burning bikes and ploughed into the wreckage during Northern Ireland’s North West 200 roadrace. After 18 operations to fix a smashed leg, he dedicated his mind to engineering.

He had a probing, perceptive mind and was always happy to enlighten the less intelligent. “A racing motorcycle is more like a fighter plane than a racing car because it banks left and right, it yaws and it pitches,” he once told me. 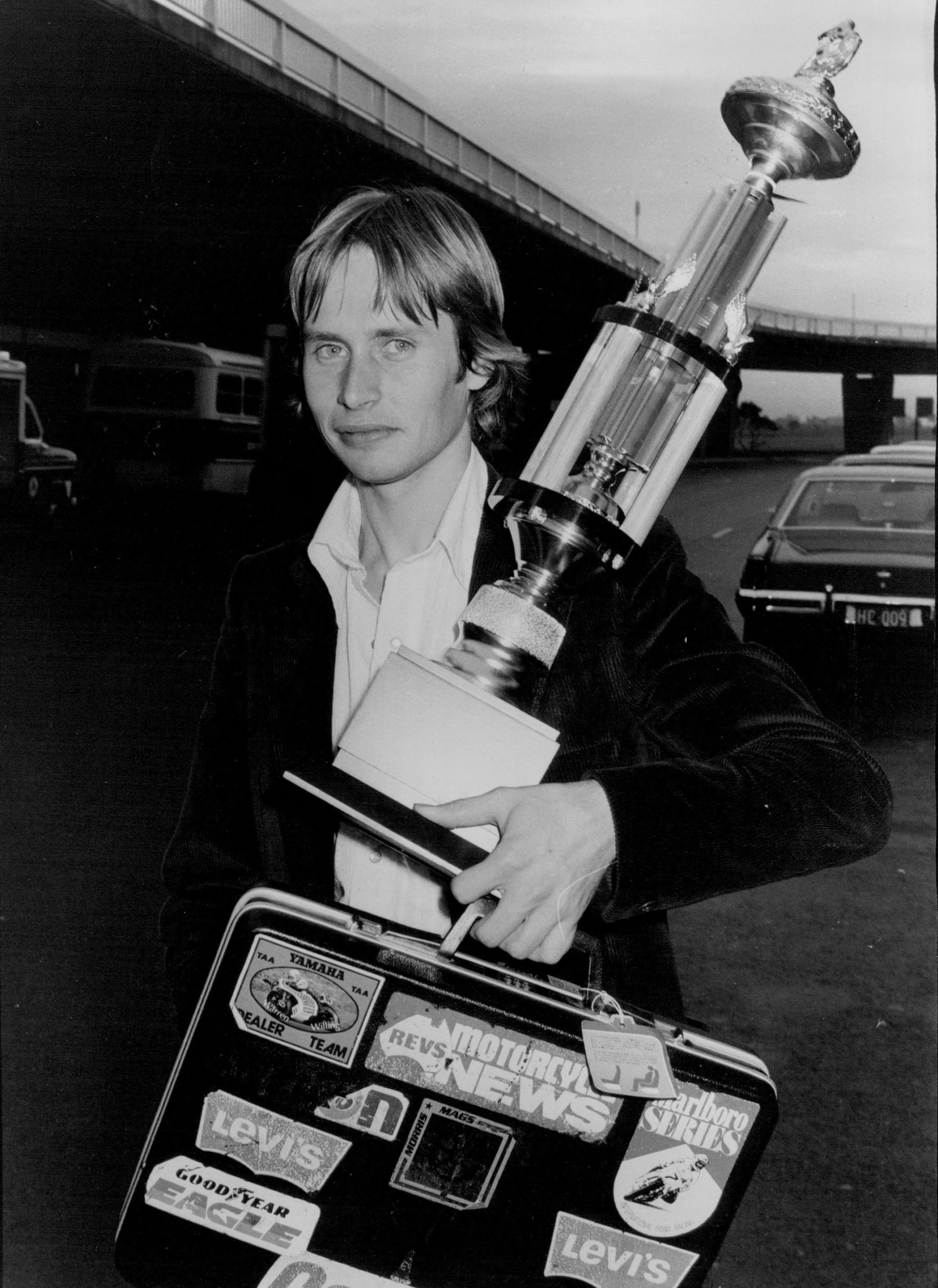 1978: Willing returns to Australia after a successful race in Japan

The first man to give Willing’s engineering brilliance a chance to shine was three-time 500 world champion Kenny Roberts, who created his own Grand Prix team in the mid-1980s. Willing played a vital role in the squad, which won four world titles and 46 GPs with Yamaha machinery.

But it was in 2000 that he achieved his greatest success, guiding Roberts’ elder son Kenny Junior to the 500cc crown with Suzuki. Everyone knew Willing played his part in KRJR’s success, but even now very few know exactly how much of his own and Team Roberts’ knowhow went into Suzuki’s only world title of the last 23 years.

Willing revealed the extent of the outside assistance enjoyed by Suzuki during an interview last summer, when he already knew his time was running out.

Suzuki team manager Garry Taylor signed King Kenny’s firstborn at the end of 1998. Willing came with him, not because Suzuki particularly wanted him, but because Roberts Senior wanted Willing to work with his son, because Suzuki’s RGV500 was notoriously tricky to ride. Indeed the factory had won only two Grand Prix victories since Kevin Schwantz retired in 1995.

What Willing did was transform the Suzuki into a Team Roberts Yamaha, firstly by using the knowledge he had gained during a decade and a half working on Yamaha’s YZR500 and secondly by making top-secret use of Team Roberts’ renowned R&D facilities in Britain and the US. Both the YZR and RGV were essentially similar machines – 500cc two-stroke V4s with twin, contra-rotating crankshafts, housed in twin-beam alloy chassis – so the technology could be transferred. The really difficult bit was making sure no one else knew what was going on. 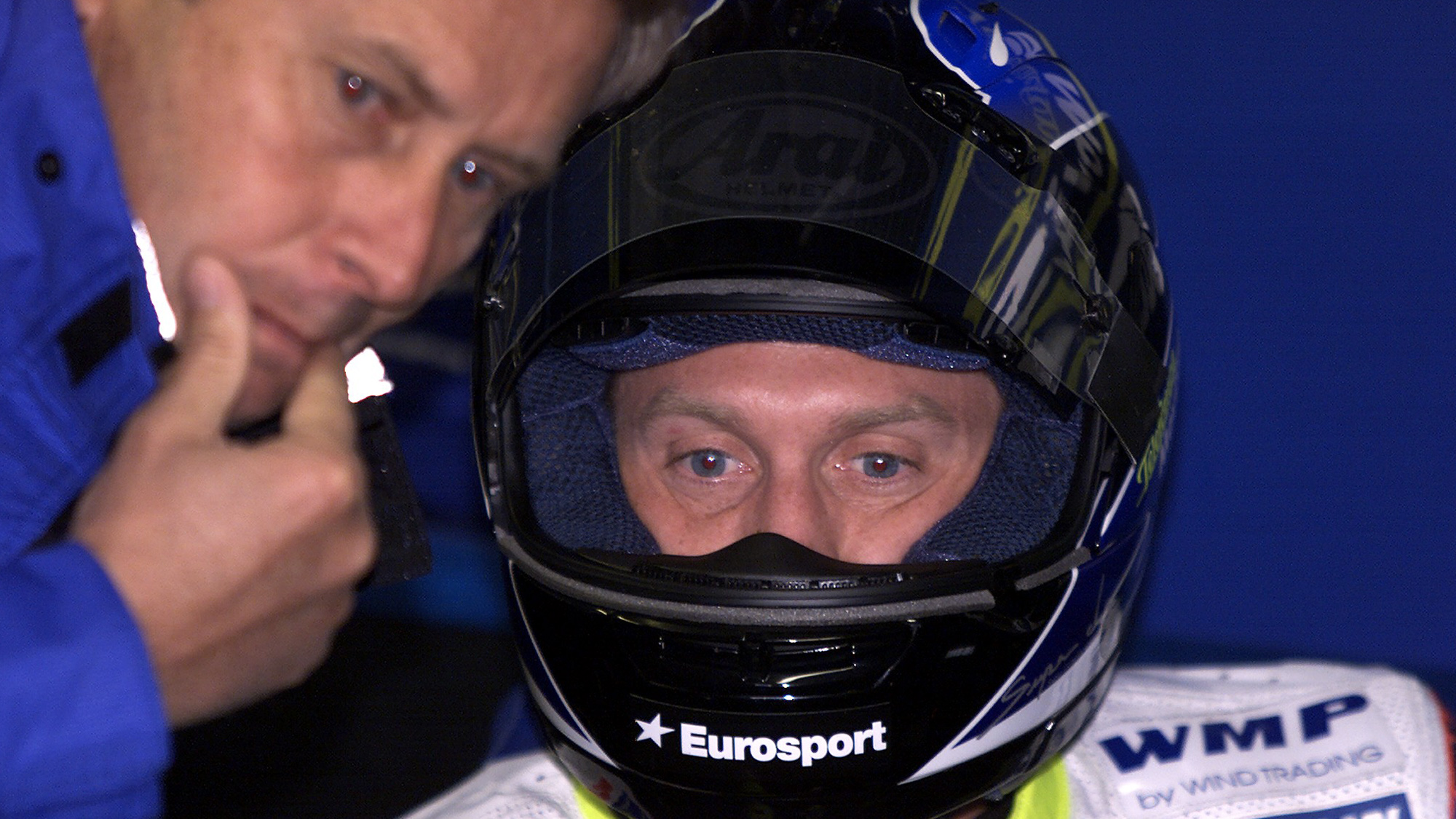 Willing with Kenny Roberts Jr. at Philip Island in 2000

During Roberts’ first test with the RGV, Willing quickly decided that fixing the chassis was the first priority. But when he asked Suzuki for their chassis stiffness figures he was astounded to discover that they had never even tested their frames for stiffness.

“Junior had no front feeling,” Willing said. “We thought it was a chassis stiffness imbalance, so we asked Suzuki if they had a softer chassis. Yes, they said, but the lack of feeling with that chassis was twice as bad. So we took both chassis to Team Roberts in England and tested them on the same rig we’d used to test Yamaha and Team Roberts frames. The rig confirmed what we thought: the chassis which Suzuki thought was softer was significantly stiffer.”

No wonder Suzuki had been floundering around for so long, unable to compete with Yamaha or Honda.

While Suzuki fabricated an RGV chassis with Yamaha-spec geometry and stiffness, Willing moved onto engine development.

“Some of the technology Suzuki had was very dated,” he added. “One of the big steps forward with two-stroke development came from using transient dynos for exhaust development, because exhausts pipes are 50 per cent of the power with a two-stroke. But Suzuki were still doing static testing. At Team Roberts and at Yamaha we’d been using transient dynos for eight years.”

Suzuki’s tiny race department – manned by a few dozen staff – didn’t have the budget to buy a transient dyno, so Willing asked Team Roberts’ California-based engine guru Bud Aksland to help out. It was Aksland who had previously perfected the YZR500’s port timing and expansion-chamber design.

“We concentrated on smoothing the power delivery and on making the bike turn, so Junior could accelerate earlier in the corner, because any speed you grab there you carry all the way down the next straight,” Willing explained.

“It was a frustrating time. We got Suzuki to modify a set of exhaust pipes, which they tested on their dyno in Japan. They told us the pipes made no more horsepower than the old ones. We said, we know that: test them on the racetrack. So they did and the bike picked up 9mph on top speed. They went: oh, maybe there is something in this…”

Roberts went on to win the 2000 title from Honda’s Valentino Rossi and Yamaha’s Max Biaggi.

At the dawn of MotoGP’s four-stroke era in 2002, Willing travelled to Japan with Roberts Junior and Garry Taylor. “We had some meetings with Suzuki’s top guys. I asked a couple of questions about four-stroke development: are you doing this or that? They said, no, it’s not necessary. So I said, well, Honda are doing this and that. No, no, they said, our four-stroke technology is more advanced than Honda’s. I said, really, how come? And they said because our GSX-R1000 streetbike outsells Honda’s CBR1000. So I turned to Garry and said, sorry, I’m out of here.”

Since 2002 Honda have won 111 MotoGP races, while Suzuki have scored a single victory, in the rain-soaked 2007 French GP.