FA Cup ties played in up to four inches of mud. The King George VI Chase at Kempton. Scratchy radio updates from cricket tours in distant lands. Rallycross. These, surely, are foremost among the reasons for the invention of a British winter.

Back in the days when football results were delivered one character at a time by the revolutionary BBC Grandstand teleprinter (check it out on YouTube), and the UK was spoiled for choice with its two TV channels, winter Saturdays had an extra frisson if the Beeb or ITV chose to broadcast a bit of rallycross.

Motor racing was rarely on the box until Formula 1 became a regular fixture in the late 1970s – and before then a grand prix would often be covered in three- or four-lap fragments, after which the director would cut away to follow horses strutting around the parade ring at Haydock Park. The bloody things weren’t yet even in the stalls… 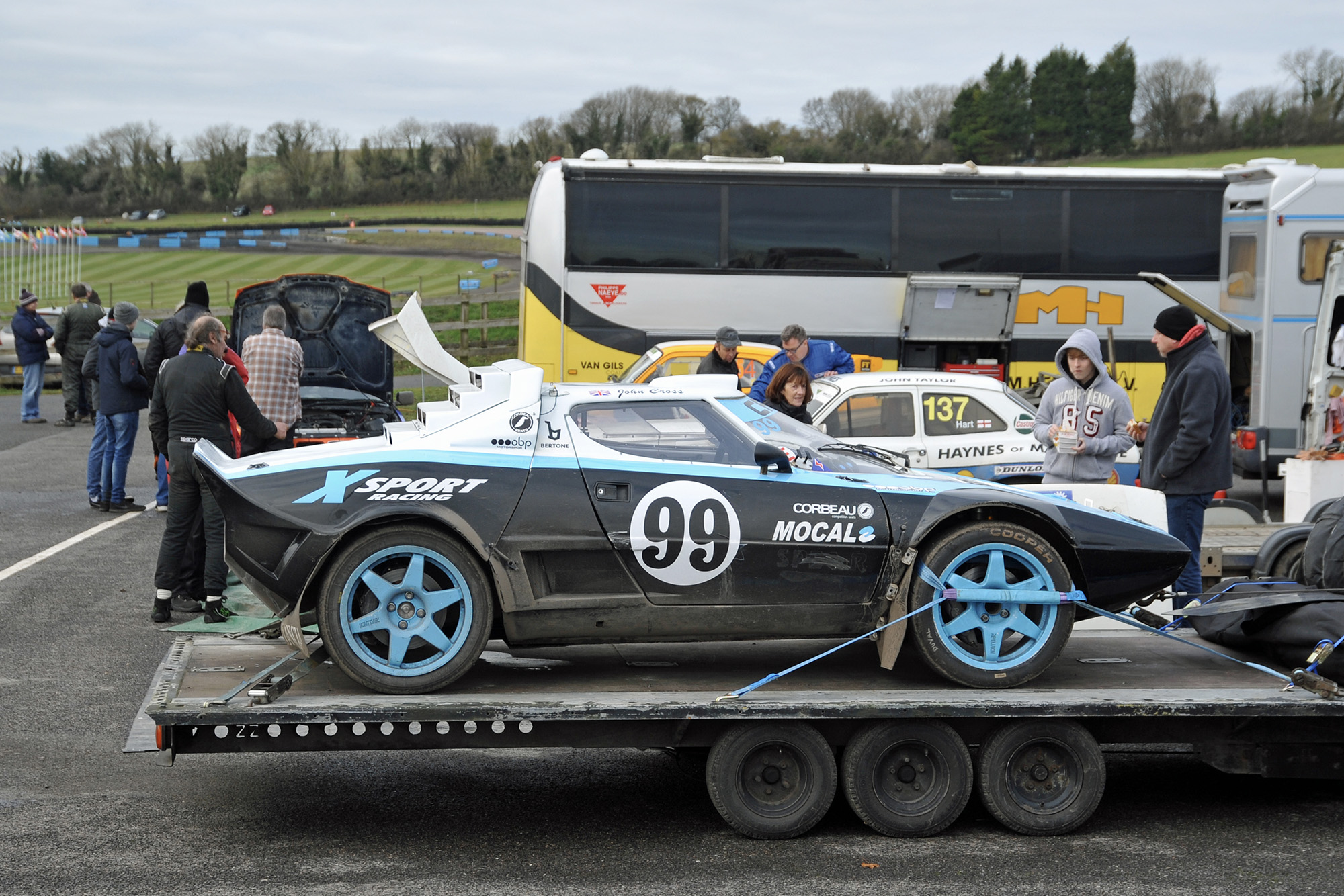 The Lancia Stratos that refused to comply

Rallycross was immune to such frustrations – a four-minute explosion of sound, opposite lock and flying dirt, it was a perfect televisual complement. To watch Roger and Stan Clark in their four-wheel-drive Capris, the de Rooy brothers, Jan and Harry, in matching Daf 55 Coupés, John Taylor in a Ford Escort or John Button in his VW Beetle… such things ought to resonate still with all who tuned in.

The good news? Winter rallycross is back at its natural home: Lydden Hill. There are fewer Daf 55s this time around (none at all, to be precise), but the core principles remain unchanged: biting cold (offset by chunky chips with mayonnaise, a £3.50 delicacy from the upgraded paddock café with heated patio), a friendly, engaging ambience and staccato bursts of fierce competition.

The second of four planned events took place last Saturday and another two are scheduled for early in the new year. 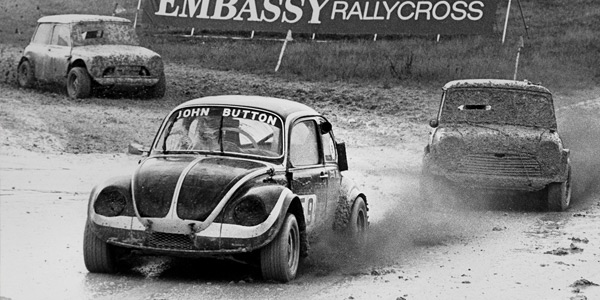 The mad world of rallycross

I’ve always had a bit of a soft spot for rallycross. It stems from the days when Minis and Escorts used to do battle with boxy Volvos and wild flatnose…

The first sound of the morning was a strident yell – a policewoman becoming frustrated with a disobedient trainee dog in an adjacent meadow, but her cries were soon drowned out by the rasp of internal combustion.

The entry was slender – though half a dozen in each class is perfectly adequate for rallycross – and one or two cars broke before the meeting was fully into its stride (including, sadly, John Cross’s lovely Lancia Stratos).

Despite the competitive presence of many a modern hatchback, however, this still felt like a step back into a bygone age. Such a pity that so few turned out to watch. 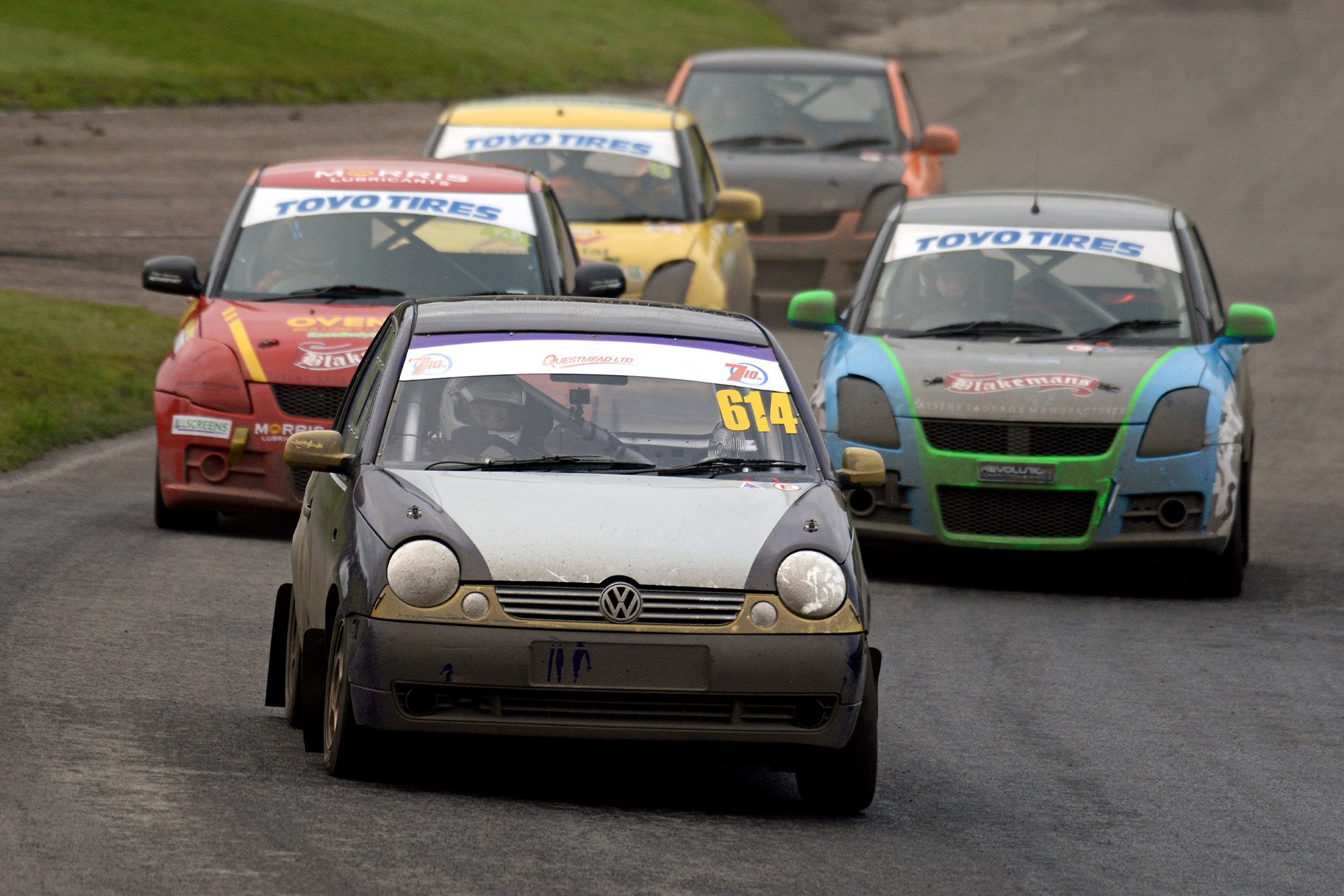 UK-based Pole Maciej Florczak had a lively day in his Peugeot 106, which stopped on the circuit in both practice and qualifying, before conking out within moments of the start in each of the first two heats.

In the third, the car finally ran properly and he won on the road… before being docked 30sec for failing to take the mandatory ‘joker’ lap. He eventually went on to finish third in the up to 1600cc 2wd final, won by compatriot Tomasz Wielgoszl.

The junior division provided some of the best racing, Abbie McGuinness eventually putting her VW Lupo just clear of what seemed to be a 16-wheel Suzuki Swift in second place.

And although the retro class was deprived of both the Stratos and Ray Morgan’s spectacular Mk3 Escort, the elegant progress of winner Jos Sterkens (Escort Mk1) was a treat to behold, ditto the presence of Simon Hart’s Haynes of Maidstone Escort replica, a lovely homage to inaugural European rallycross champion John Taylor – the former jockey who was drawn to the sport after seeing it on TV while recuperating from a riding injury.

The restoration of such seasonal pursuits is a very fine initiative – and one that merits broader support.