After suffering so much disappointment at Oulton Park earlier this month it felt fantastic to get back to winning ways at Brands Hatch, especially after finishing race one in ninth.

I was determined to put Oulton Park right and Brands Hatch was the perfect place for me to do that – it always seems to click there for me.

The conditions played their part at the last round so I knew a few minor changes to the bike would put me back in contention. We didn’t have any reliability issues in Friday testing at Brands so we were able to concentrate on getting the set-up spot on. 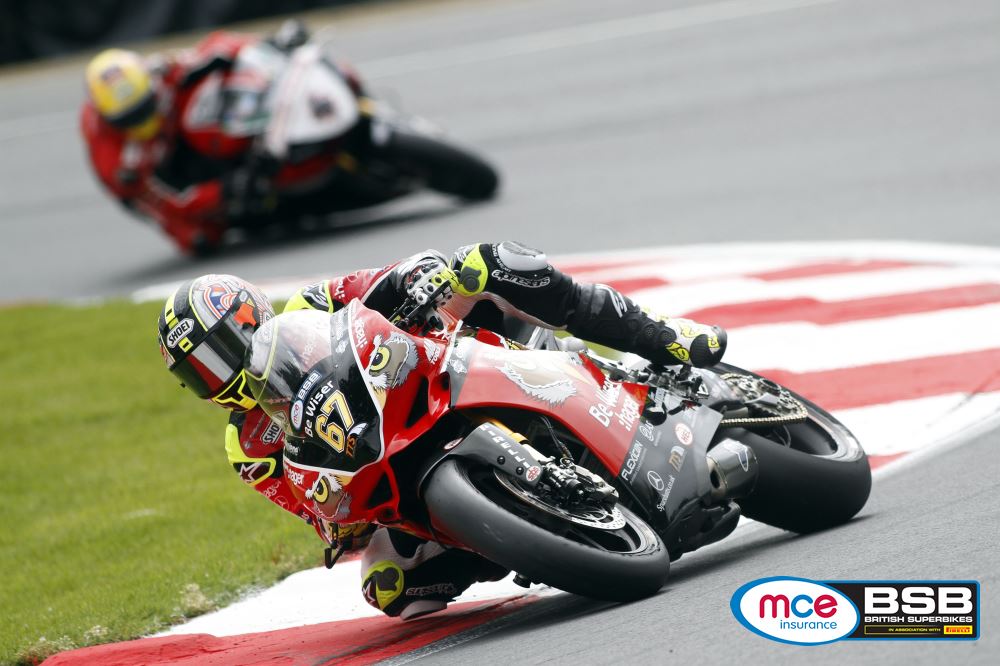 I always feel confident at Brands Hatch; it’s my home circuit so I have the added incentive of winning in front of friends and family. The circuit also brings back great memories such as a double win in the World Superbikes on the Ducati all those years ago in 2003.

To bounce back from an average opening race with my first win of the season was hugely satisfying. The bike felt excellent in race two, which is testament to having such a good team around me.

We go to Knockhill next, where we have the advantage of familiarity having tested there earlier in the season. The test went well despite the fact that we were still making progress with the bike, so I anticipate that we will be even stronger next month.

There could be a heat wave so that will be something to bear in mind when it comes to race day. We get early weather information but as a team we prefer to make the final decision on race day because the track conditions can change, impacting tyre performance.

We consider everything that might affect the grip levels, including whether there has been a car meeting at the track the week before. So while we have a rough idea of conditions, you never truly know until you’re there.

We need to carry this momentum forward to be around the top places. With so many top riders and teams this year one poor race could mean finishing as low as 10th.

It’s tight in the championship at the moment with five different winners already. I’m just three points behind Leon Haslam, who had a fantastic weekend, but it is not until the final few races where it takes shape.

For now I’ll enjoy the taste of victory.