Although he may need a miracle to win the 2019 championship, Valtteri Bottas could take inspiration from these examples of a title fight that is never over until it’s over 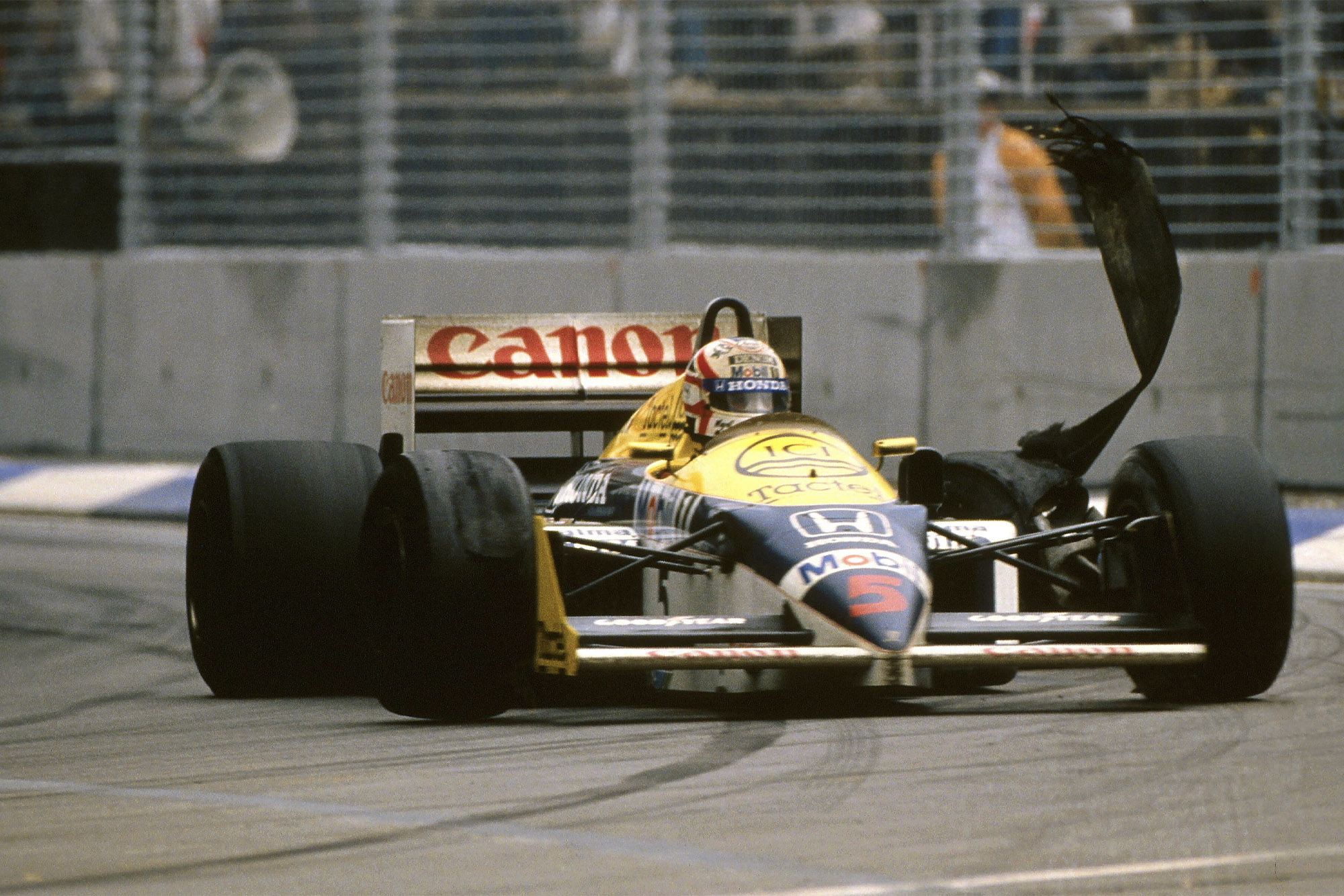 With victory in Mexico, Lewis Hamilton all but sealed his sixth Formula 1 drivers’ world championship.

He needs just four points from the remaining three rounds to put it beyond reach of team-mate Valtteri Bottas, but the Finn (mathematically) still stands a chance.

It would take a small miracle, but miracles have happened before on more than one occasion in deciding a title.

Discounting the point for fastest lap, Hamilton’s 363 points to Bottas’ 289 means the Finn would have to take victory in all three of the remaining races with his Mercedes partner failing to add to his total at all.

Strange(r) things have happened but Bottas might need the strangest of all to clinch the 2019 crown.

He is not alone though in needing fortunes to favour him in an unlikely final championship sting.

These four seasons prove that it isn’t always over until the chequered flag falls at the final race.

2007 – Raikkonen pulls off the improbable 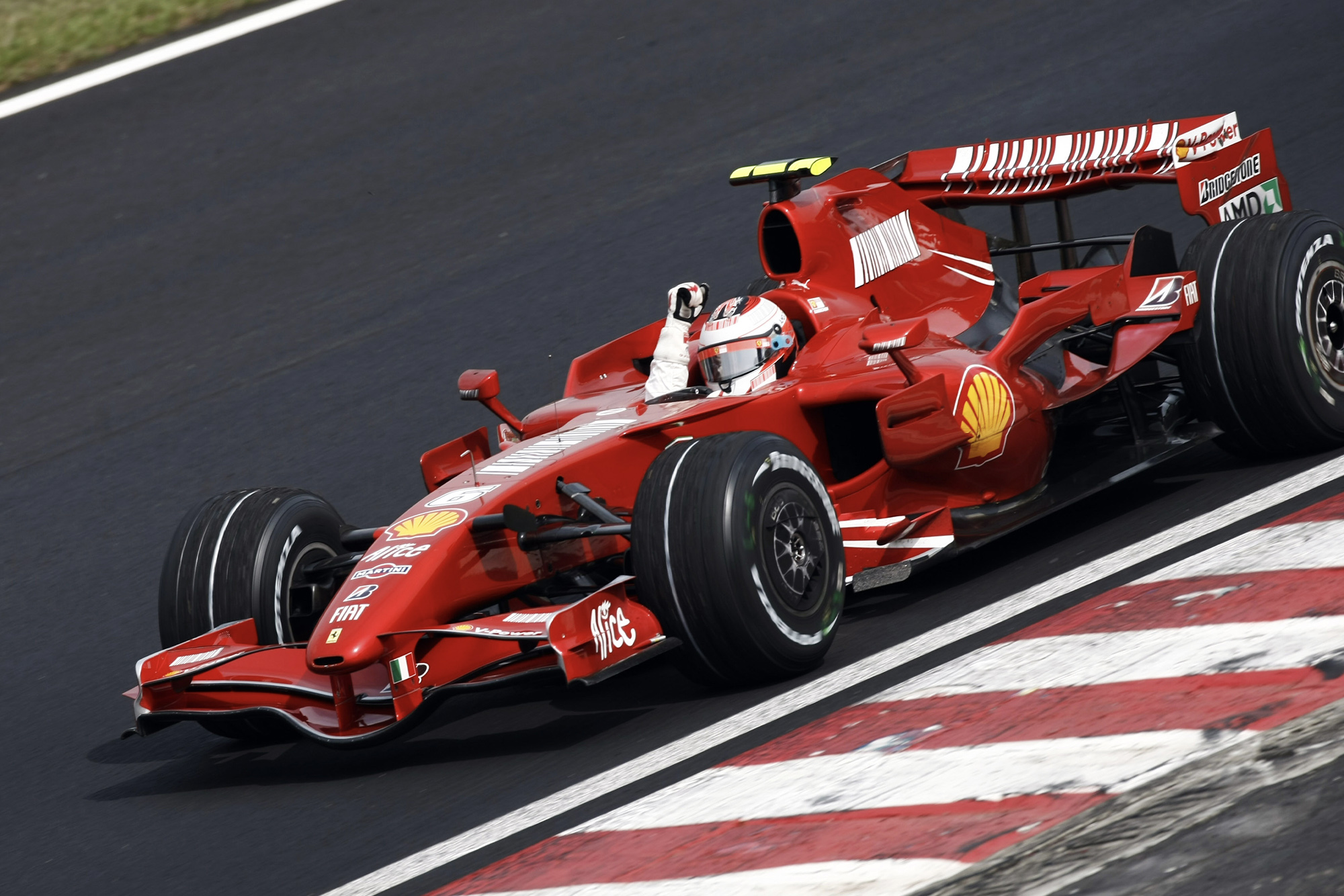 Räikkönen sealed his first and only title in Brazil Photo: Motorsport Images

Kimi Räikkönen was 17 points behind in the 2007 title race with just two races and 20 points remaining. Championship leader Lewis Hamilton needed eight points to take the title in his rookie season ahead of team-mate Fernando Alonso.

As the chequered flag fell in Brazil, though, the Finn was crowned champion.

His task was made altogether more straightforward as Hamilton and McLaren snatched defeat from the jaws of victory.

Left in the gravel during the penultimate race in China with tyres worn to the canvas and a gearbox that refused to behave in Brazil, Hamilton’s title hopes miraculously faded in dramatic fashion.

In Brazil, Hamilton was quickly relegated from second to fourth on the opening lap before a malfunctioning MP4-22 sent him tumbling down the order. He could only recover to seventh position.

With Alonso unable to take full advantage, it was the Ferrari driver who capitalised best to win both races and the championship. 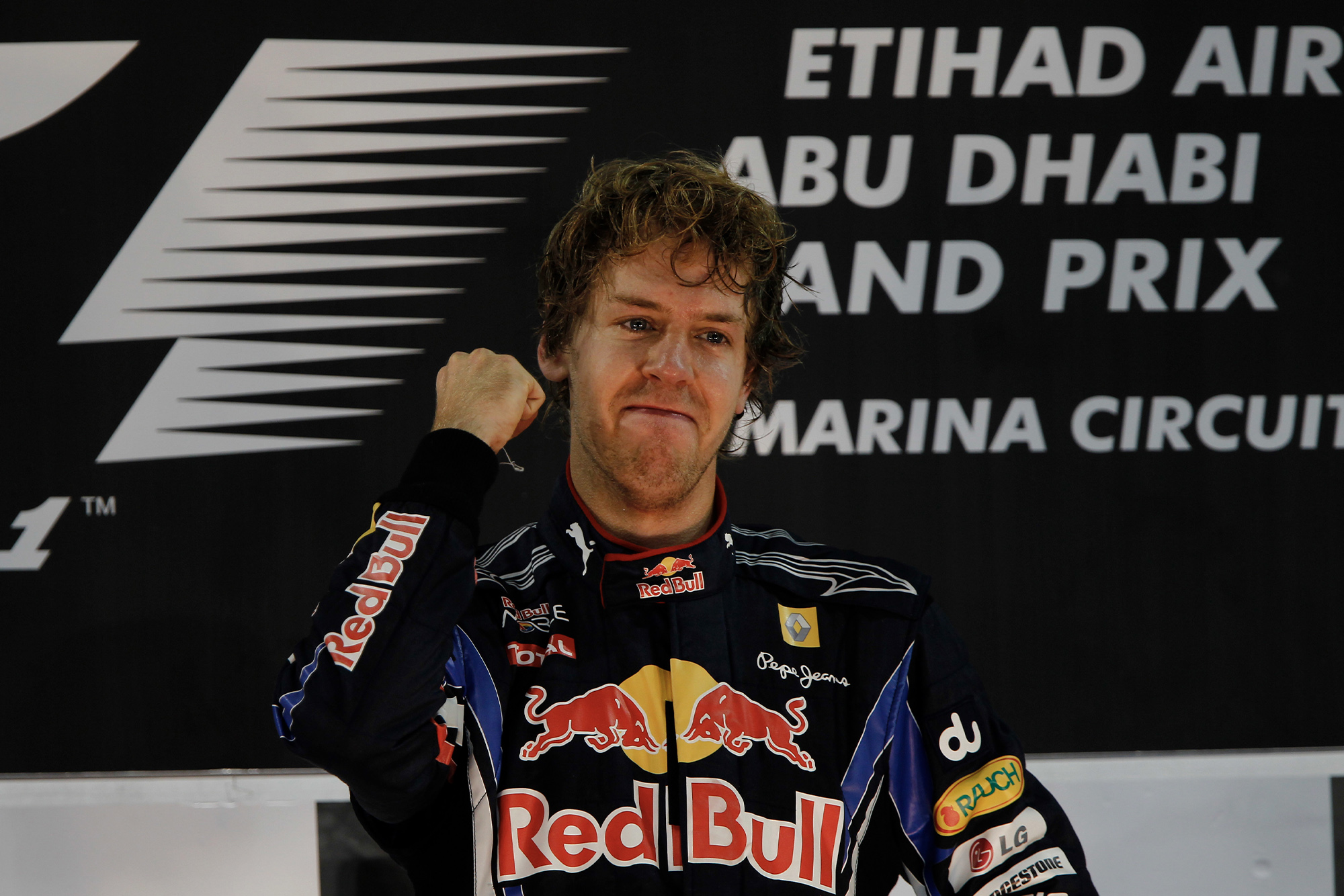 Fernando Alonso may still have nightmares about the 2010 Abu Dhabi Grand Prix.

Visions of a rear wing that reads ‘Renault’ under the lights at Yas Marina will likely still be painful, as the race saw Sebastian Vettel swooping to victory and the top of the championship standings having never led at any stage previously that year.

Of course, it only matters where you are when the flag falls at the finale, and Vettel timed his ascent in the championship to perfection, though needed a fair slice of strategic luck to go his way.

An early stop for Alonso and Red Bull team-mate Mark Webber put them out behind Vitaly Petrov’s Renault in 13th position.

Both failed to pass the Russian, and a victorious Vettel lept from third to first in the standings to become F1’s youngest world champion. 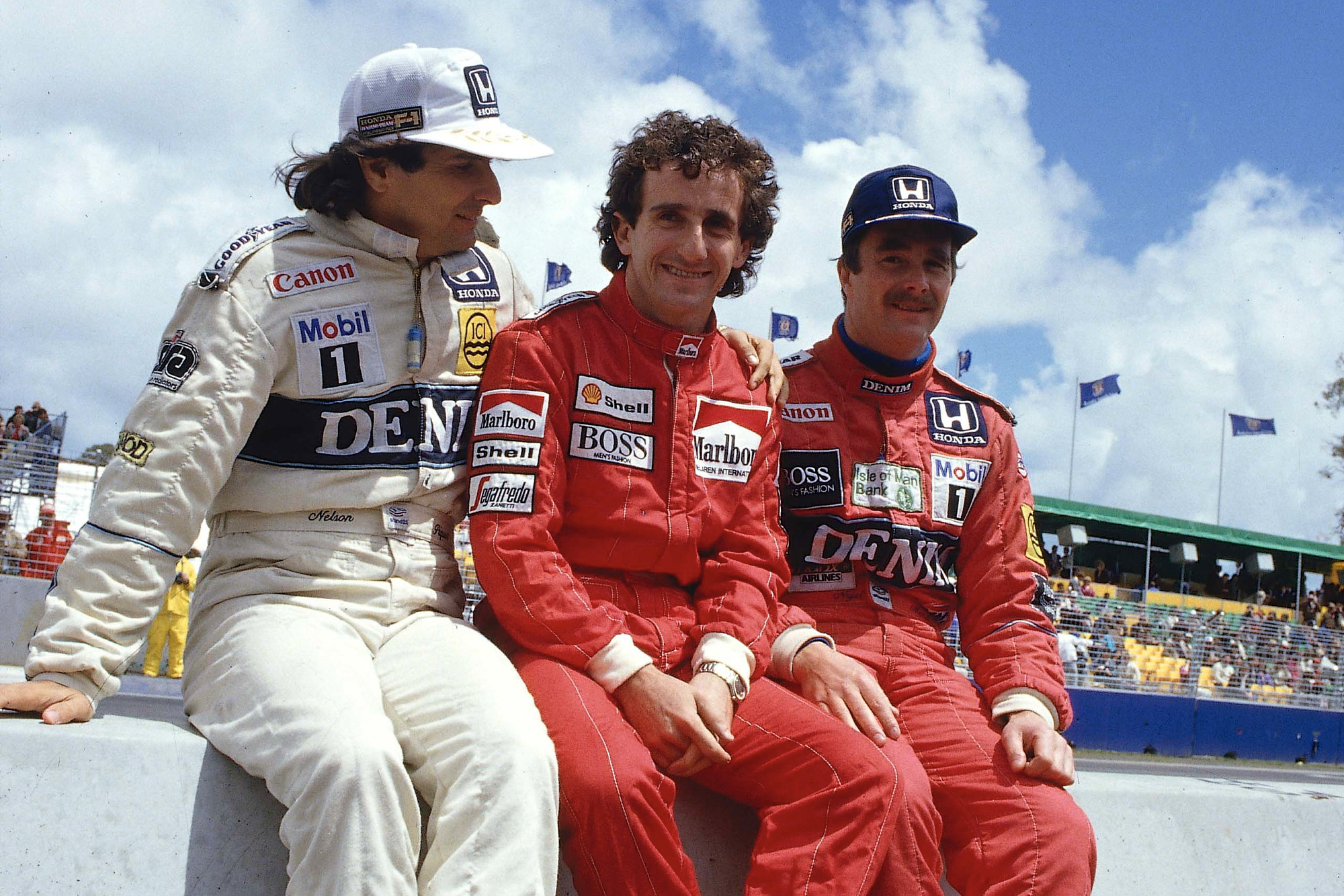 All smiles for Prost as Mansell’s tyre explosion cost him the championship Photo: Motorsport Images

With a lead of six points coming to Adelaide and pole position for Nigel Mansell, the Williams driver looked set to take his first world championship before the lights went out at the final race.

Sunday was the absolute reversal of fortunes however, and Alain Prost capitalised on Mansell’s troubled race to take the second of his four championship titles.

In an iconic piece of F1 imagery, Mansell’s left rear tyre exploded and put him out of the race from third; a championship-winning position.

Team-mate Nelson Piquet, who was a further point behind Prost in the title race, was forced to pit as a precaution, and the Frenchman surged into the lead, winning both the race and ’86 championship. 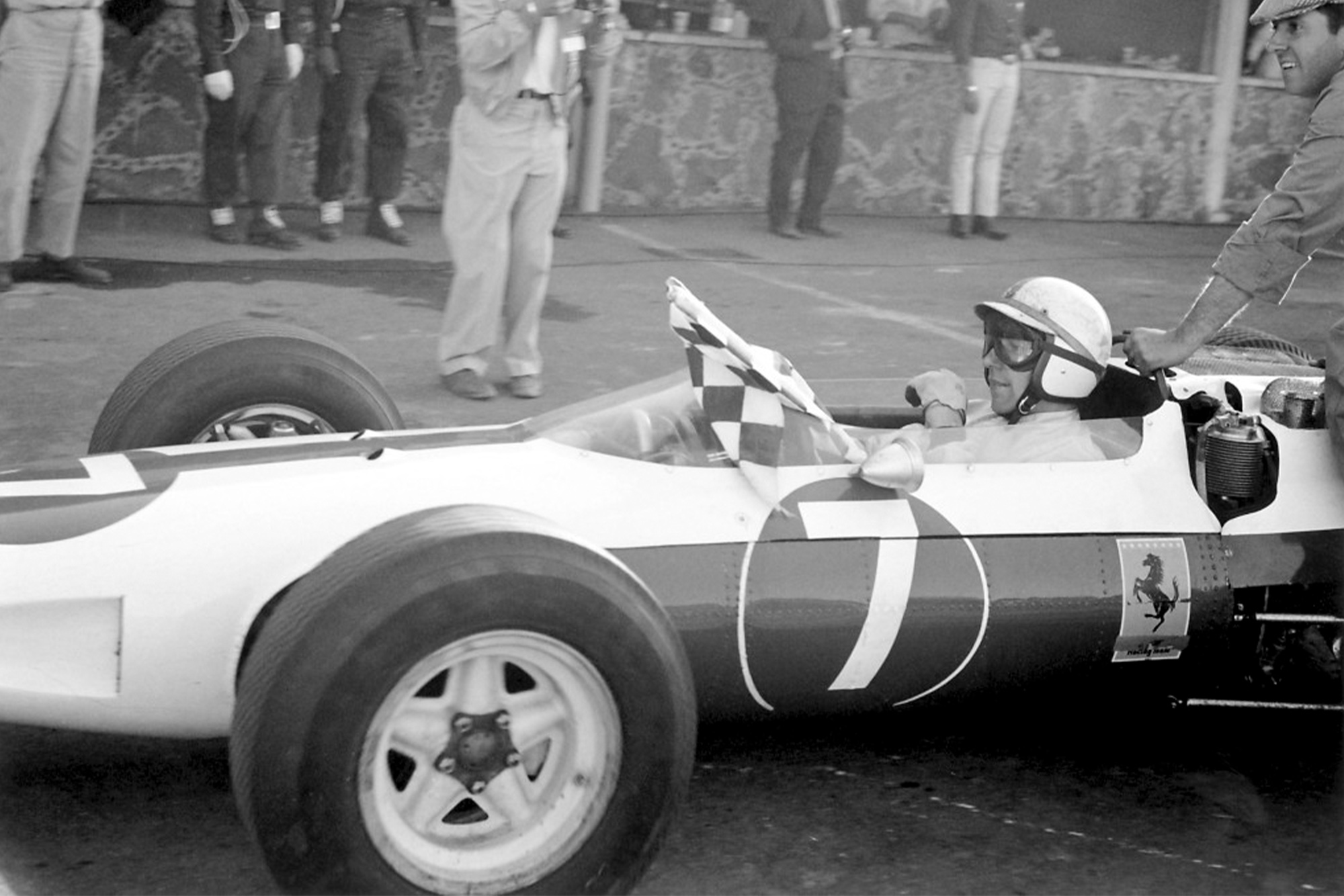 Surtees beat Hill to the title despite scoring fewer points over the season Photo: Motorsport Images

Graham Hill scored the most points over the 1964 season, two more than John Surtees, but it was the latter who was crowned world champion.

Under the 1964 points system, only the best six results of a drivers’ season counted towards their total, and a third-place for Surtees compared to a fourth for Hill was all that separated the pair on final count: 40 to 39 in Surtees’ favour.

Jim Clark’s oil leak on the final lap of the season effectively settled the score in the final moments.

A poor race for both title contenders had Clark at the summit of the championship until his Lotus failed him.

Ferrari would then order Lorenzo Bandini aside for Surtees to claim the extra point he needed for the title.

Though Hill scored 41 over the entire season, it would be the Ferrari driver who was crowned champion.